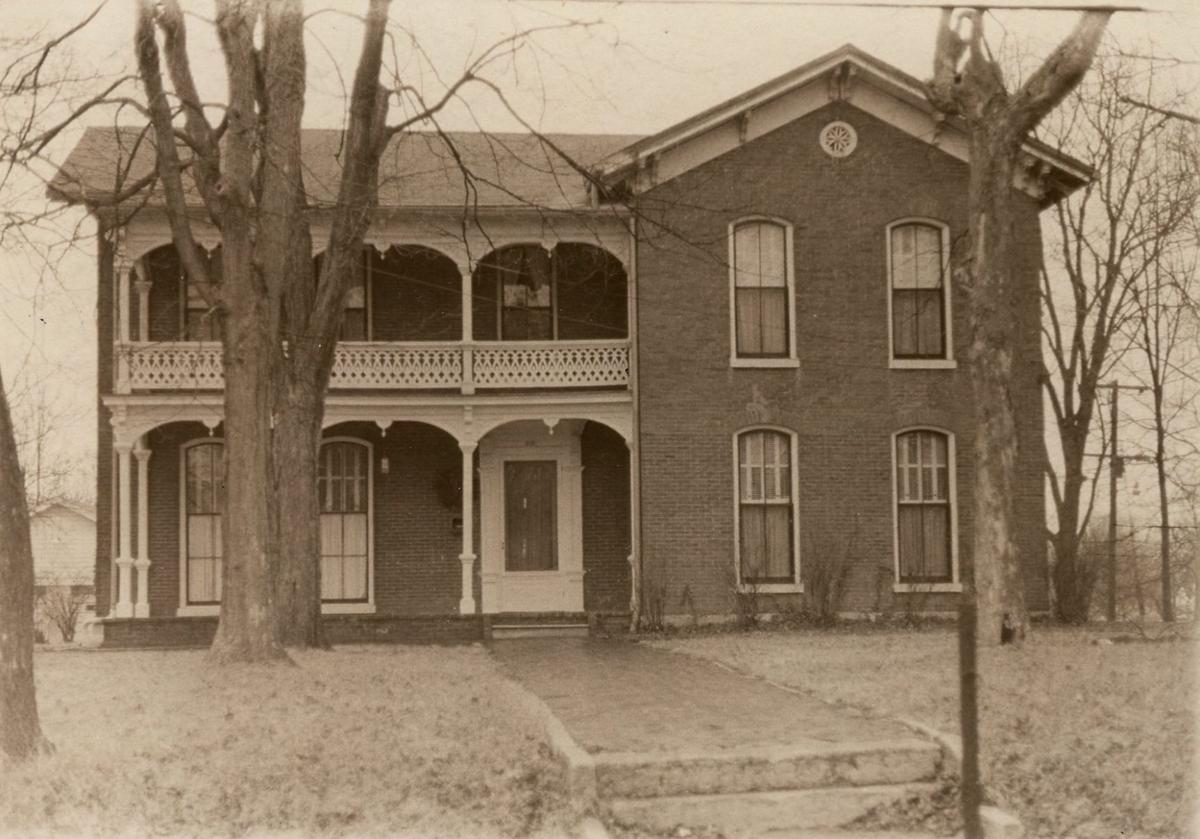 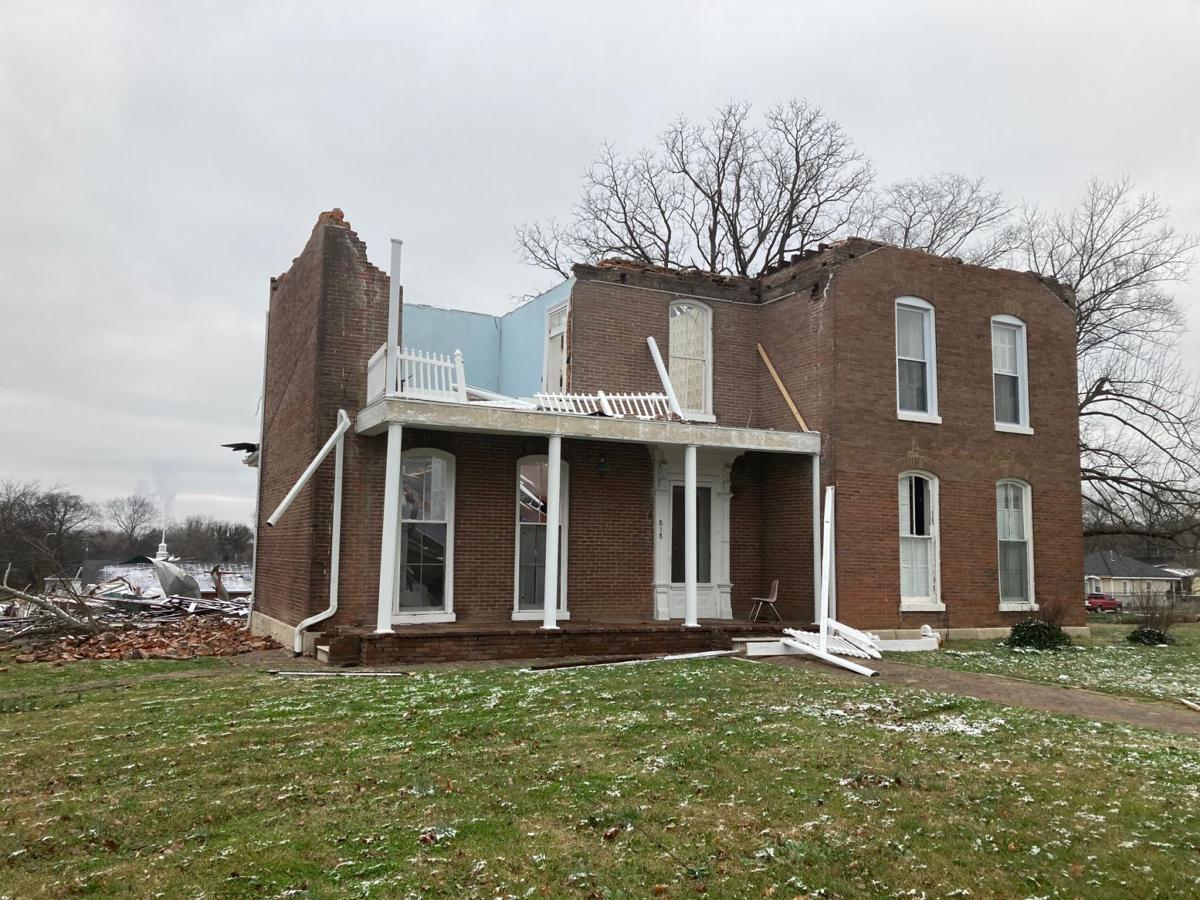 Miles West was a grocer, but we don’t know where his grocery was located.

Built in 1875 in the then popular Italianate style, this fine Victorian house survived for 147 years in remarkably good condition. At the time of construction, America was enjoying an unprecedented post Civil War population explosion (from 40 million in 1870 to 60 million in 1890). During this twenty year span, industry replaced agriculture as the leading source of income for Americans.

818 East 7th Street sprang to life before there was indoor plumbing, electricity, telephones or any of the other “mod cons” we take for granted today — although they would all shortly begin to appear. At the time, the Kentucky New Era was only six years old, and had a rival paper, The Kentuckian.

In the same year that the West house was erected, Jefferson Davis appeared in person at the Hopkinsville Christian County Fair, drawing an impressive crowd of 10,000.

Real estate brokers are fond of the expression “location, location, location” and it was ever thus. In 1875 the two premier addresses in Hopkinsville were South Main Street and East 7th Street.

Not only was the house in the right location, it was also up to the minute style wise. Just as the Greek Revival had supplanted the Federal style in the 1830’s, in the post Civil War years the Gothic and Italianate styles began to a degree to push the Greek Revival aside — until the Chicago World’s Fair of 1893 brought neoclassical Greek and Roman prototypes back into full focus. This Italianate style was a sub category of Victorian architecture, and got its inspiration from the Italian Villa designs of Northern Italy. The Italianate found its way to England as early as the 1830’s and to America in the 1850’s through the works of Alexander Jackson Davis. The style picked up speed through the pattern books of another builder, whose name was almost identical to that of Davis — Alexander Jackson Downing. Unfortunately Downing’s life and career were cut short by a steamboat explosion on the Hudson River. He was just 37 years old at the time.

The Italianate style could be relatively simple and restrained (as in the instant case) or overblown and quite dramatic — with towers and intricate floor plans in the larger structures.

The West house has the signature long narrow windows, which on the first level go all the way to the floor. Also present is a deep cornice with brackets — another essential element of the style. The main entrance surround immediately gets one’s attention, as does the impressive two level porch.

The porch is somewhat of an enigma. The second level is not functional, as it has a porch roof (not visible because of the railing) instead of flooring, and there is no door access upstairs. This was literally built for outside show. I suppose one could sleep out there, having crawled through a window, but he or she would have to sleep at a slight angle.

If anyone did during the house’s 147 year history, it would most probably have been the children.

The staircase is a straight run, with a handsome newel post, typical in style of the early Victorian era. There are six principal rooms on two levels with a wing in the right rear. The fireplaces are all original, except for one later addition in the family parlor on the right as one enters. This was updated in the 1880’s or 1890’s in order to keep the house up to date as styles began to change.

The house passed from the West family to James O. Cook in 1909 and in 1945 to Sam J. Lander. Later, in the hands of David and Brenda Lyle, the house was known as “Mimosa”.

Until 2022, the house seemed assured of a bright future. At present the house is in peril due to the tornado that visited Hopkinsville on the first of January 2022. While we are all lucky that no one was killed, the tornado left its indelible mark on the City.

It is a testament to the quality of he house’s construction that it didn’t fall down. In fact, should someone have the intestinal fortitude to tackle the project, the house is quite salvageable. One has simply to look at the (now visible) load bearing brick walls, stone foundation and other evidence of quality construction to determine that what is left standing (which is most of the house) is in remarkably good condition. It would be more than just unfortunate if this house were to simply disappear.

In February, please join us for an architectural adventure in the country.