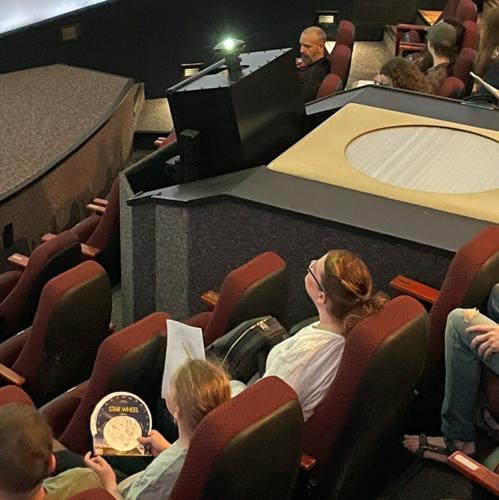 Viewers see a program at the Golden Pond Planetarium and Observatory made possible with the use of the facility’s new projector. 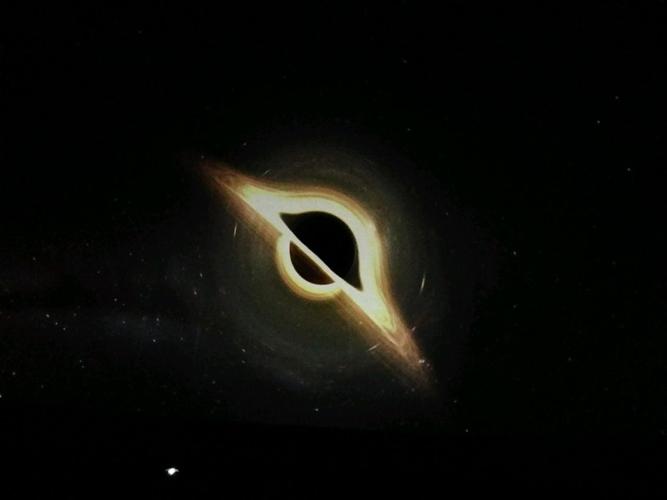 The planetarium’s new digital projector system makes images like this one possible for visitors to the facility at Golden Pond. 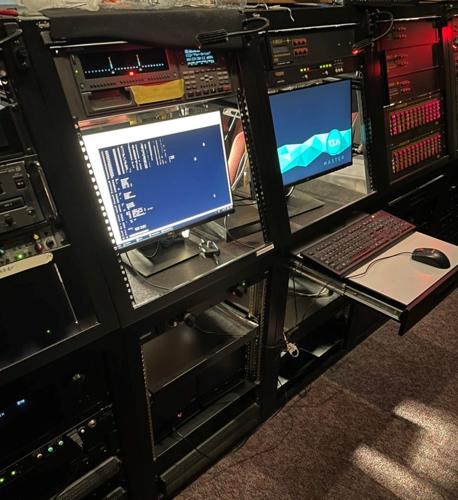 The new projector and its software offer a lot of potential for the planetarium.

Viewers see a program at the Golden Pond Planetarium and Observatory made possible with the use of the facility’s new projector.

The planetarium’s new digital projector system makes images like this one possible for visitors to the facility at Golden Pond.

The new projector and its software offer a lot of potential for the planetarium.

Learning about the stars is likely a much more enjoyable pursuit for recent visitors to the Golden Pond Planetarium.

“Our first digital system, it did us well, but it didn’t have very good color and resolution and brightness,” observed Bill Futrell, the lead interpreter at the planetarium, of the old digital system the Land Between the Lakes facility had relied on for the past six to eight years.

That projector was state-of-the-art, Futrell said, but a new projector installed at the planetarium in December is almost like seeing the programs again for the very first time.

Futrell said visitors in the past wanted to know why the programs were blurry and not bright, but the new projector now delivers programs that are nice, crisp and bright.

He urges folks to try the planetarium again if they weren’t blown away by the earlier shows.

The facility also received two new programs with the installation of its new digital system, “Discover the Stars” and Traveling with Light,” and Futrell says another program titled “Exploring New Horizons” will arrive in the fall.

He notes that this projector has a laser-based system, with a light source that is good for 10,000 hours, whereas the old projector had a light bulb that needed to be replaced every 500 hours, or three times a year.

The old projector was also too small for the planetarium dome; the new one is perfect.

“I can really tell the difference,” said Futrell, who sees potential, a lot more than what the planetarium likely will be able to use, in the new “very powerful” system and its software.

With it, one can zoom out into space and look down on earth, and Futrell says that’s something that can also be done for the planetarium’s visitors, most of whom are coming into the community from the interstate to see what the area has to offer.

“I was thinking about building a program in the future where we do some more things like that,” he said, musing. “I can take us to visit Saturn. We can travel to the Orion Nebula.”

The SkyExplorer digital planetarium system was installed by RSA Cosmos, a Konica Minolta Group company in France that works with planetariums across the globe.

It was “up and running” by the first of January, said Lori Kent, executive director of the Friends of Land Between the Lakes, the organization that coordinated a fundraising campaign to support the purchase of the new projector.

Kent noted that the new system offers much more updated technology; its images are much brighter and crisper, and there’s a depth to the pictures, the Friends director said.

“You can see depth in it,” she noted, adding that “it’s just a much better picture.”

The “Keep the Stars Shining” campaign garnered $100,000 from Pepsi Mid-America and additional funds from other supporters.

Those funds supported the purchase and installation of the new projector and the new programs that came with it, according to Kent.

The installation was delayed when installers could not be flown in from France during the midst of the coronavirus pandemic.

But the projector is now in operation, and prospective visitors may find a list of upcoming programs and other information by going to the website at www.friendsoflbl.org.

The schedule varies, but the planetarium is open from 10 a.m. to 5 p.m. seven days a week. The last show begins at 4 p.m.