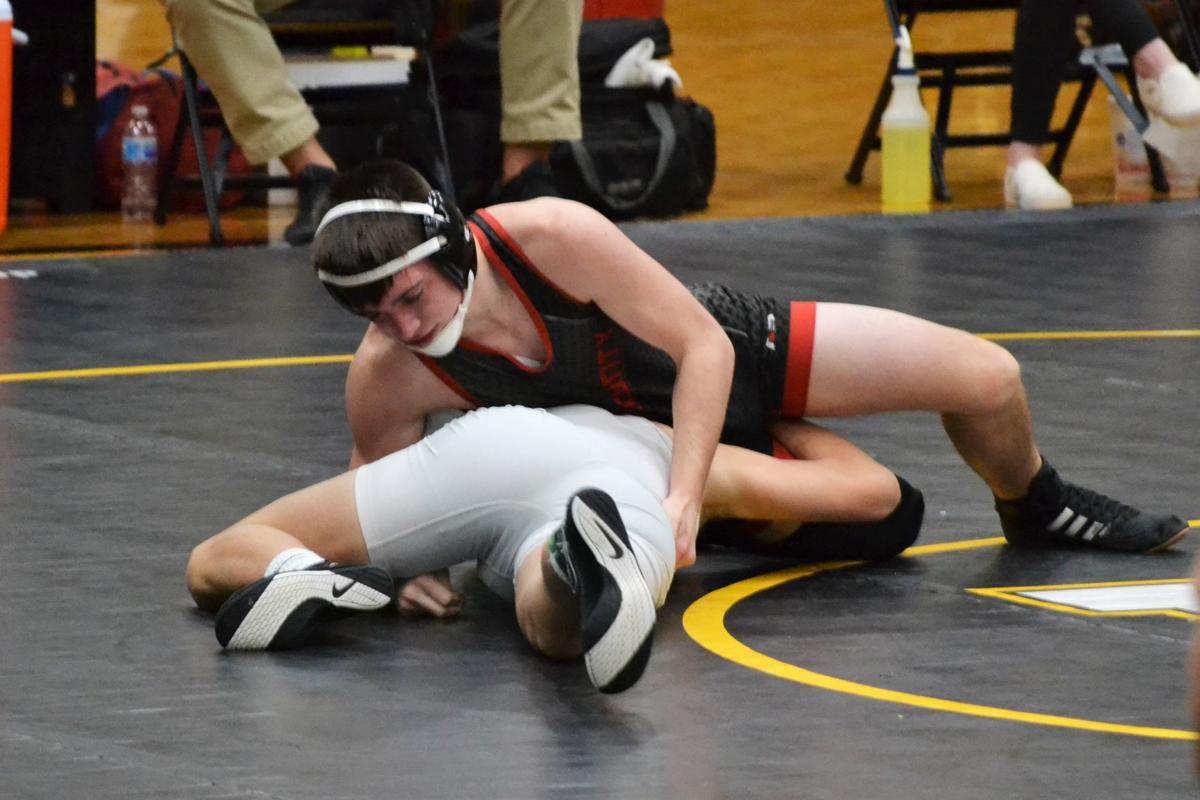 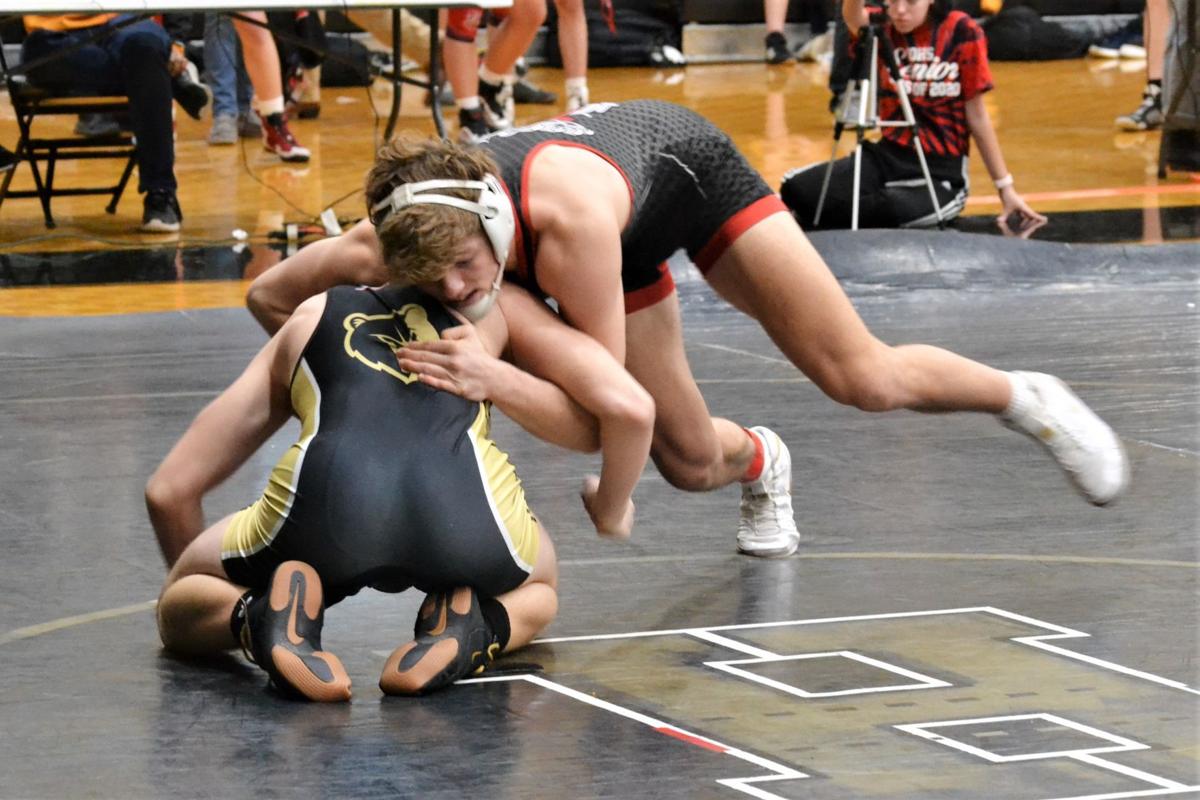 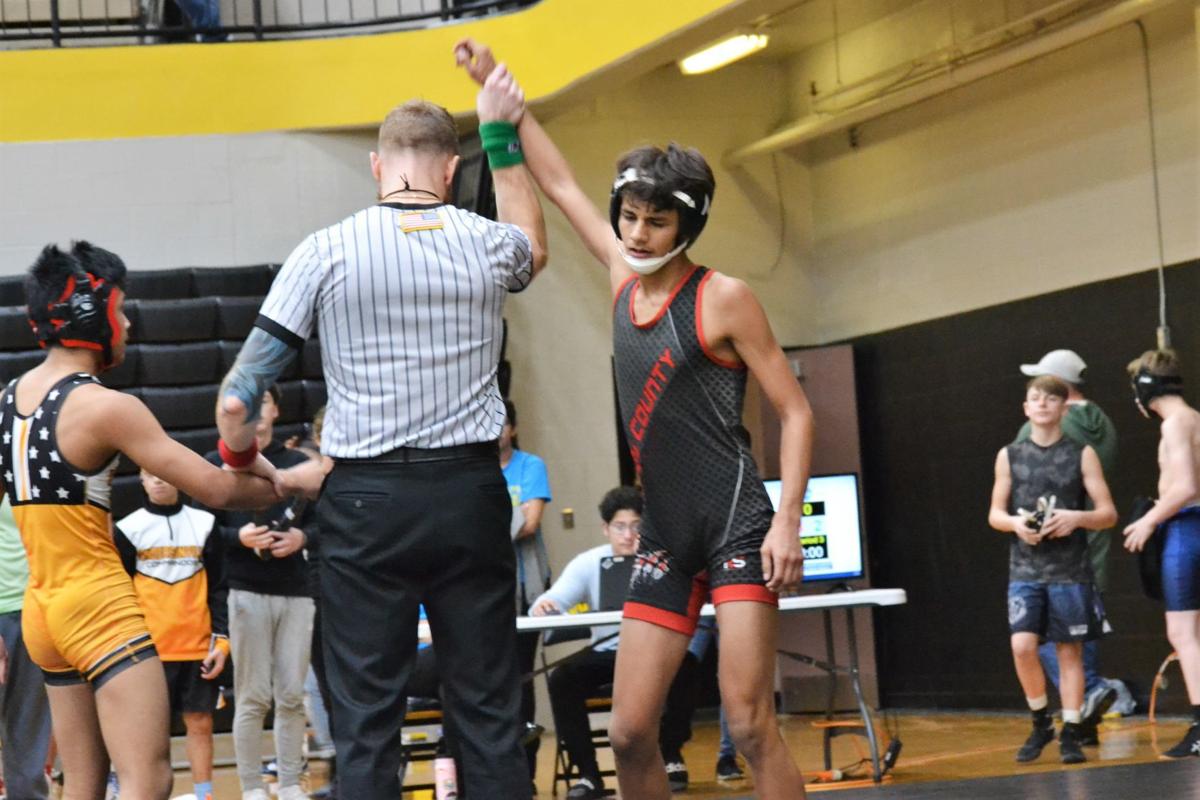 Three Trigg County wrestlers finished in the top four at Saturday’s Commodore Crush in Hendersonville, Tenn. The team was led by senior Colin Stevens, who brought home first at 170 pounds and the award for Best Match of the tournament.

Stevens defeated North Oldham’s Bryce Moberly in a 6-3 finals match that earned the best match distinction. An early, first-period scramble ended with no points by either wrestler. Stevens took the next four points with a takedown and a reversal. The score moved to 4-1 when Stevens gave Moberly a one-point escape. Moberly closed the gap to 4-3 with a takedown of his own, but Stevens was able to put two more points on the board with another reversal and maintained a three-point lead to finish the match.

Trigg’s Andrew Hendricks finished second after losing a one-point lead in the final seconds of the title match at 220 pounds. The loss to Lucas Kline of Nashville Christian School was Hendricks’ first of the season. Freshman Timmy Cannon claimed fourth place in the 113-pound division.

“We’ve got a really young team,” said head coach Ralph Stevens. “Most of our guys are first or second-year wrestlers. I’m very pleased with the way most of them wrestled. We just need to keep working on the little details to win matches.”

Trigg will travel to Fort Campbell Thursday night for regional duals, a match-up that will determine which team competes at state duals. The Wildcats will be at neighboring Calloway County High School Saturday for the Lakers’ annual invitational tournament.

Sorry, there are no recent results for popular articles.