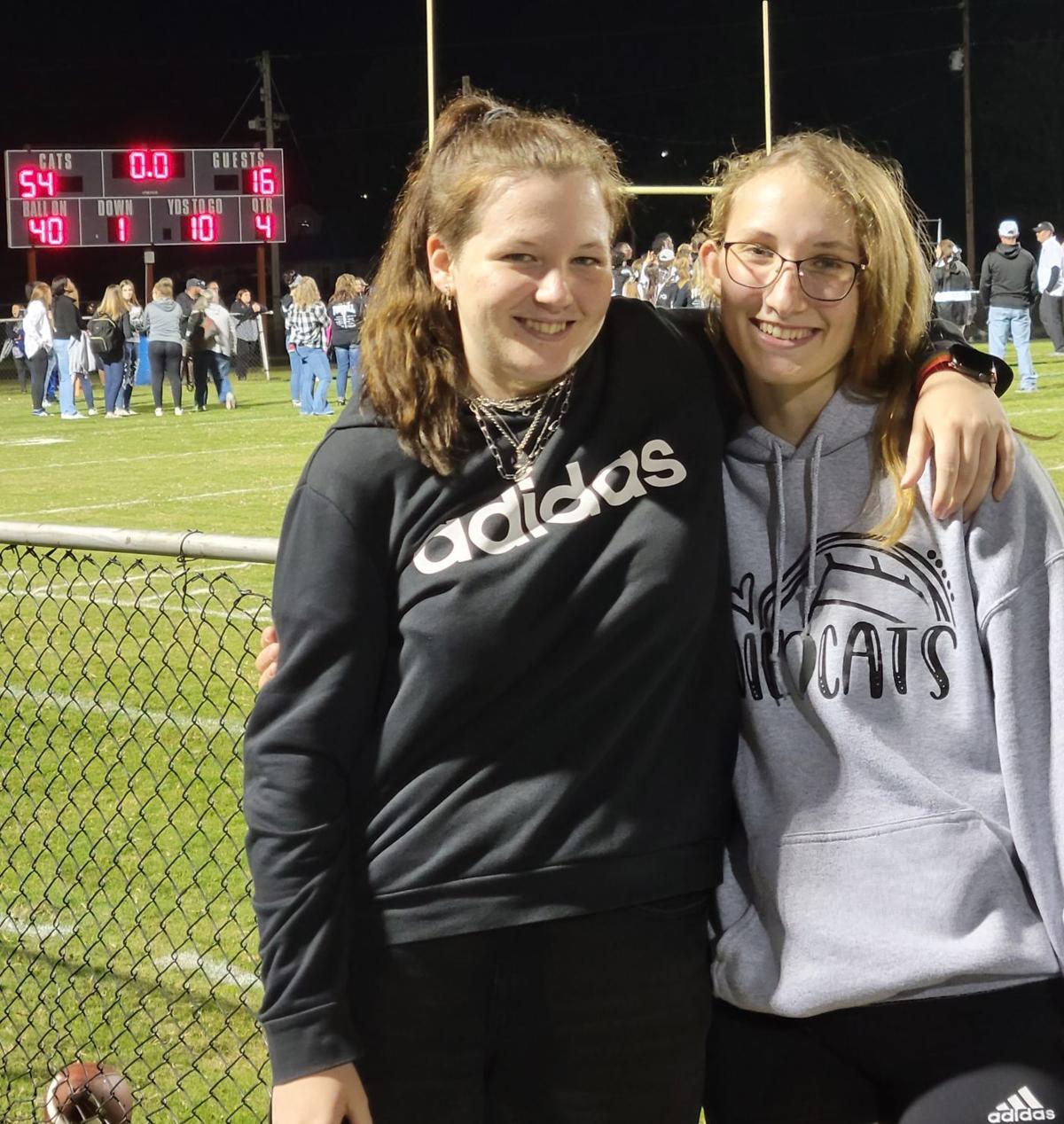 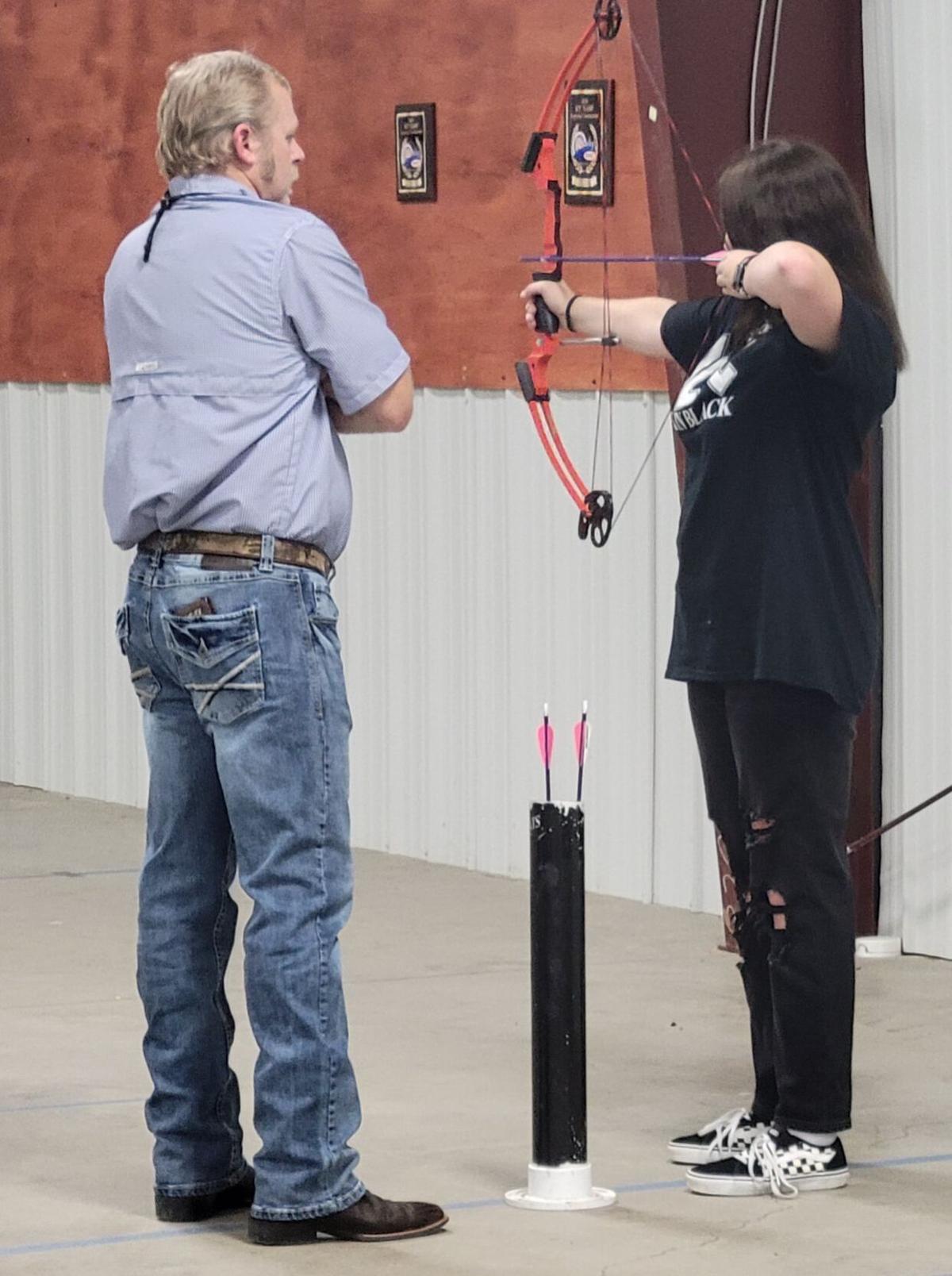 Svenja Guenther (right) gets some instruction on the sport of archery. 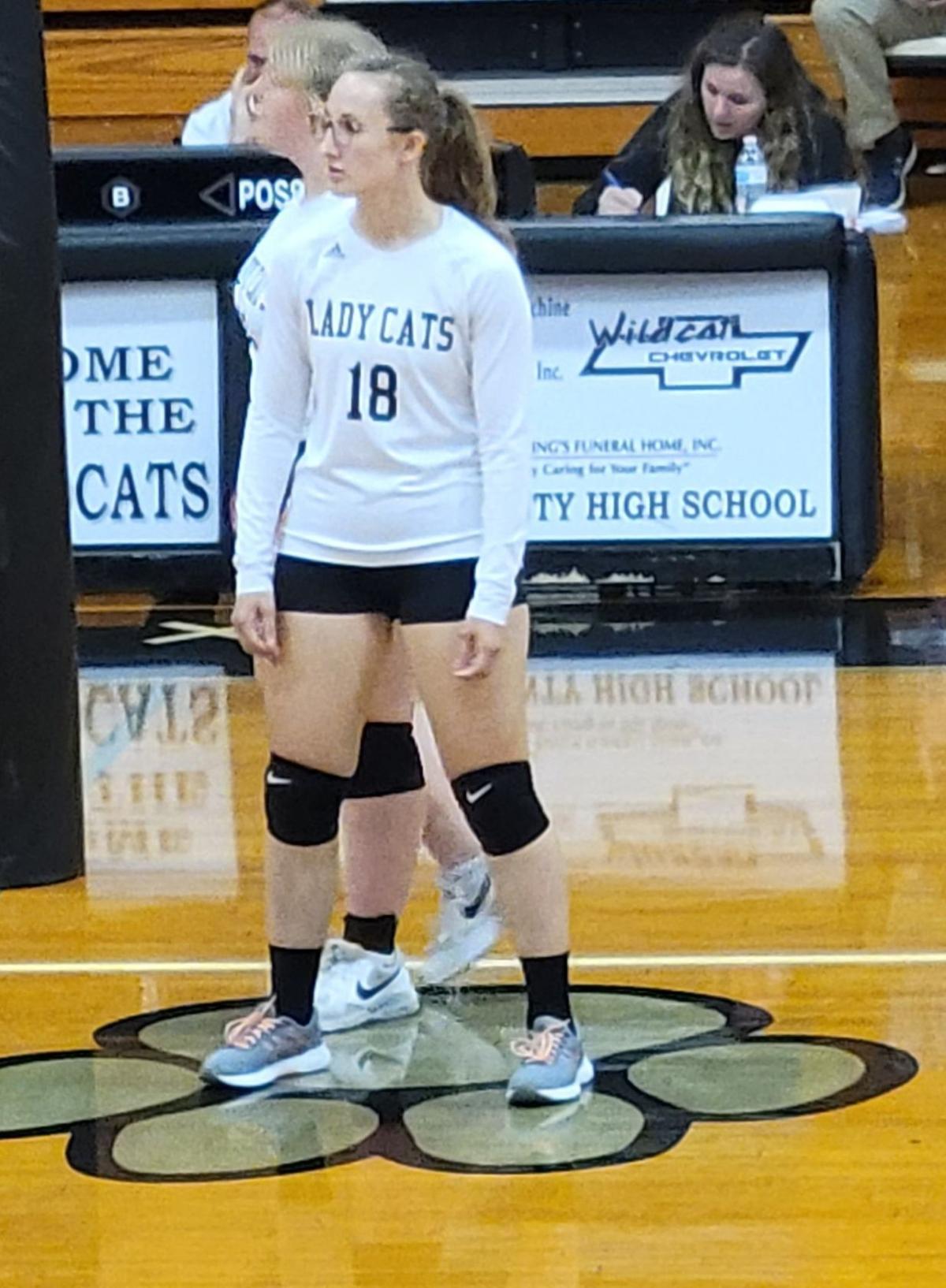 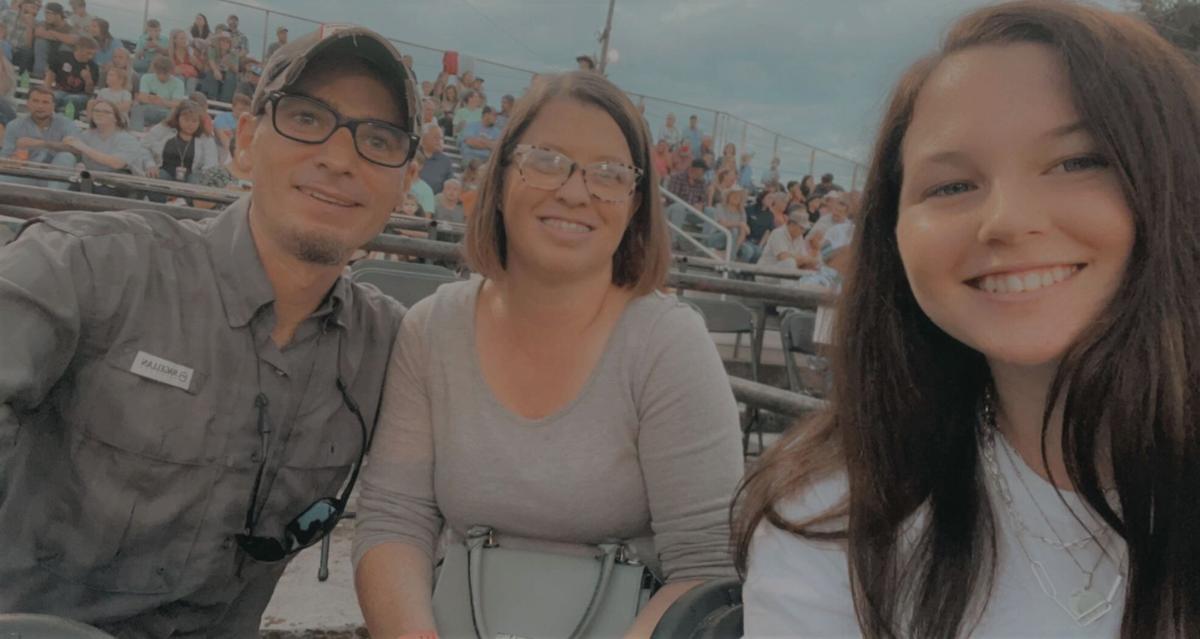 Svenja Guenther (right) is pictured with her host parents, Evan and Amanda Conrad.

Svenja Guenther (right) gets some instruction on the sport of archery.

Svenja Guenther (right) is pictured with her host parents, Evan and Amanda Conrad.

Trigg County’s game against Fulton County was exactly like it seems in the movies.

“It was awesome!” says Svenja Guenther, an exchange student from Germany who is a junior at Trigg County High School this year.

Attending the game on Sept. 24, Guenther got to see Trigg County defeat its opponent.

The game was a first for the young girl, although she’d seen the American sport depicted on film and had expectations of what she thought it would be like.

She was not disappointed.

A resident of Buren in the German state of North Rhine-Westphalia, Guenther is one of two students from the country visiting in Trigg County this year. The other is Jessica Schneider, who is staying with a host family in Dawson Springs while studying at the local high school.

The two girls are the only exchange students at Trigg County High School for the 2021-2022 academic year, although there have been numerous students from various countries through the years.

High school Principal Tim Bush said there are typically anywhere from two to five visiting youth at the school in a given year.

Last year saw none, because of COVID-19.

“We absolutely love it,” the principal noted of his school’s involvement in exchange programs. “Our school district has been welcoming exchange students for a long time.”

Bush said the exchange youth bring a lot to the table for their local counterparts, and they experience growth as well while they’re here.

“When you’re sitting beside that person in class, that’s a real-life connection,” he observes, noting that the youth usually learn they share the same likes and challenges.

He adds that his school welcomes the culture that exchange students bring, and as a school leader, he welcomes the youth.

The situation is almost always a positive one, Bush says, and it becomes “a lifelong thing,” he notes of the relationships that develop.

Two years ago, Bush and his family hosted a young girl from Italy, and she instantly became a part of the family, the principal said.

Now he and his wife are planning a trip to Italy. Going to the country is on their list “of things that will happen,” according to Bush.

The principal said both Guenther and Schneider came to the U.S. this year through the efforts of EF, a nonprofit in Cambridge, Massachusetts, that brings students ages 15-18 into the country to spend either a semester or year with an American host family.

The school also works with one other exchange program that brings students to the community, and Bush said both programs seek out families to serve as hosts for visiting youth.

He said the exchange programs are safe, and he encourages others to be willing to serve as hosts for the visiting students.

Bush notes that the students want to immerse themselves in American culture, while local youth want to get to know the visitors.

“The impact reaches out pretty far,” observes Bush of the effect the exchange students have in the local community.

Amanda Conrad, who with husband Evan is hosting Guenther this year, said becoming hosts for the youth sounded interesting, and the couple were intrigued with the idea of having an opportunity to learn about other countries.

“As we love to travel ourselves, we figured what better way to get to know more about the locations we hoped to visit in the future,” she said of the decision to become host parents.

Conrad said host parents are simply that, parents who support, defend and solve problems just as if the children are their own.

She notes that host parents come in all shapes and sizes, from retirees and single parents to same-sex couples, couples with kids (or not) and rural or urban families.

They need only to provide a bedroom (which can be shared with a host sibling), three meals a day and safe transportation to and from school for their exchange students.

In addition to being a host parent, Conrad also serves as coordinator for the western Kentucky area for EF, which seeks host families for the students who come from 13 other countries to study in the U.S.

She notes that she and her husband first became interested in becoming host parents after meeting some friends to go kayaking.

The friends brought their exchange students along on that trip, and Amanda and Evan thought they’d try being hosts at least once.

The couple hosted their first exchange student two years ago, in 2019-2020.

Conrad said she wants Svenja and Jessica to enjoy their year in the local community and get all the experience out of it that they can.

“(I want them to) try new things, meet new people, share their culture,” she said. “(I want them to) create a bond with their host family that lasts, try new foods, go to that Friday night football game, prom, movie, hang out with their friends after school. . . “

For 15-year-old Svenja, it’s an experience that she wants to remember always.

From football to her first rodeo and the friendliness of the people, she wants to “take every single memory with me,” Svenja said.

Coming to America and seeing what it’s like has been her dream since she was 6 years old.