You have permission to edit this article.
Edit
Home
News
Living
Sports
Obituaries
E-Edition
1 of 5 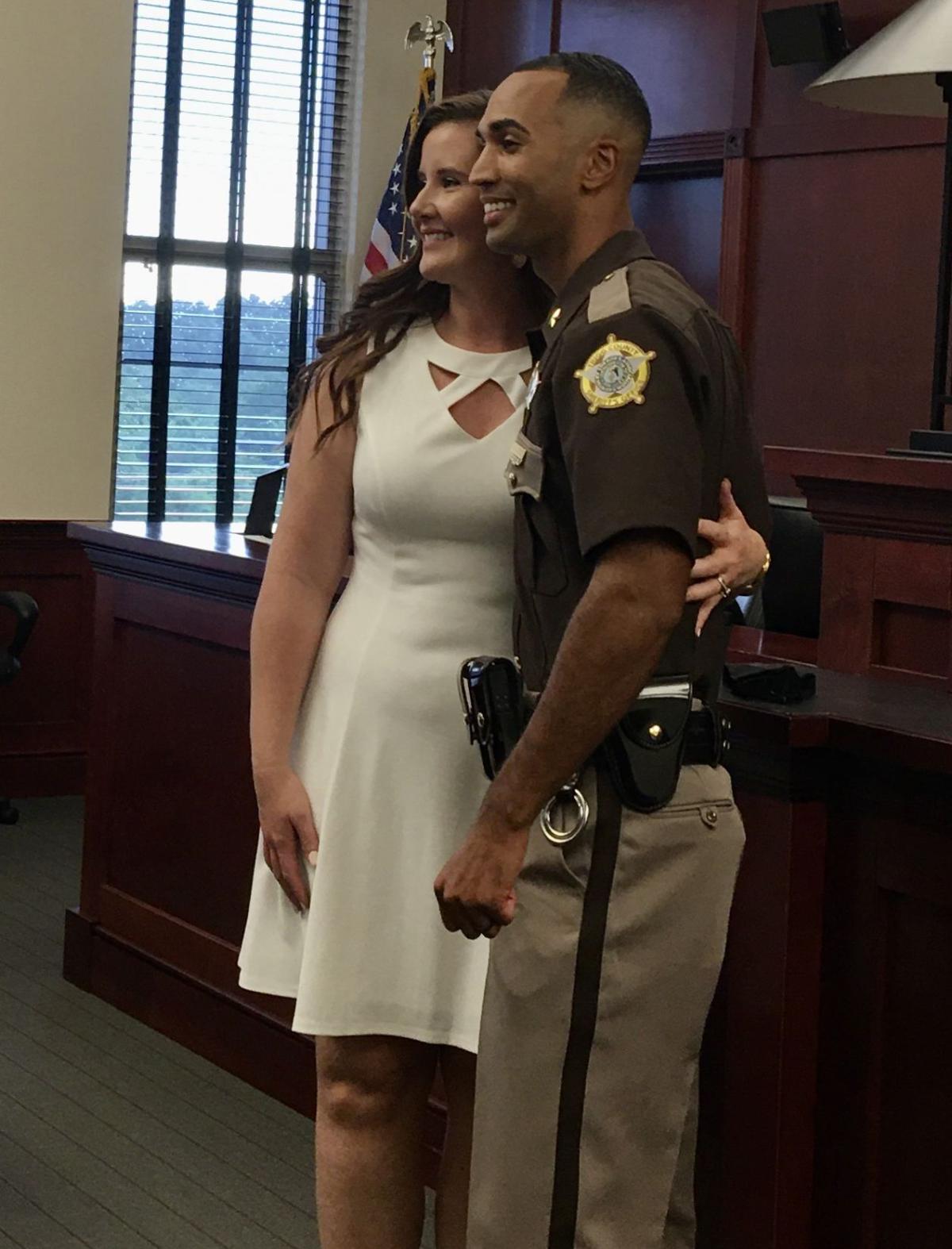 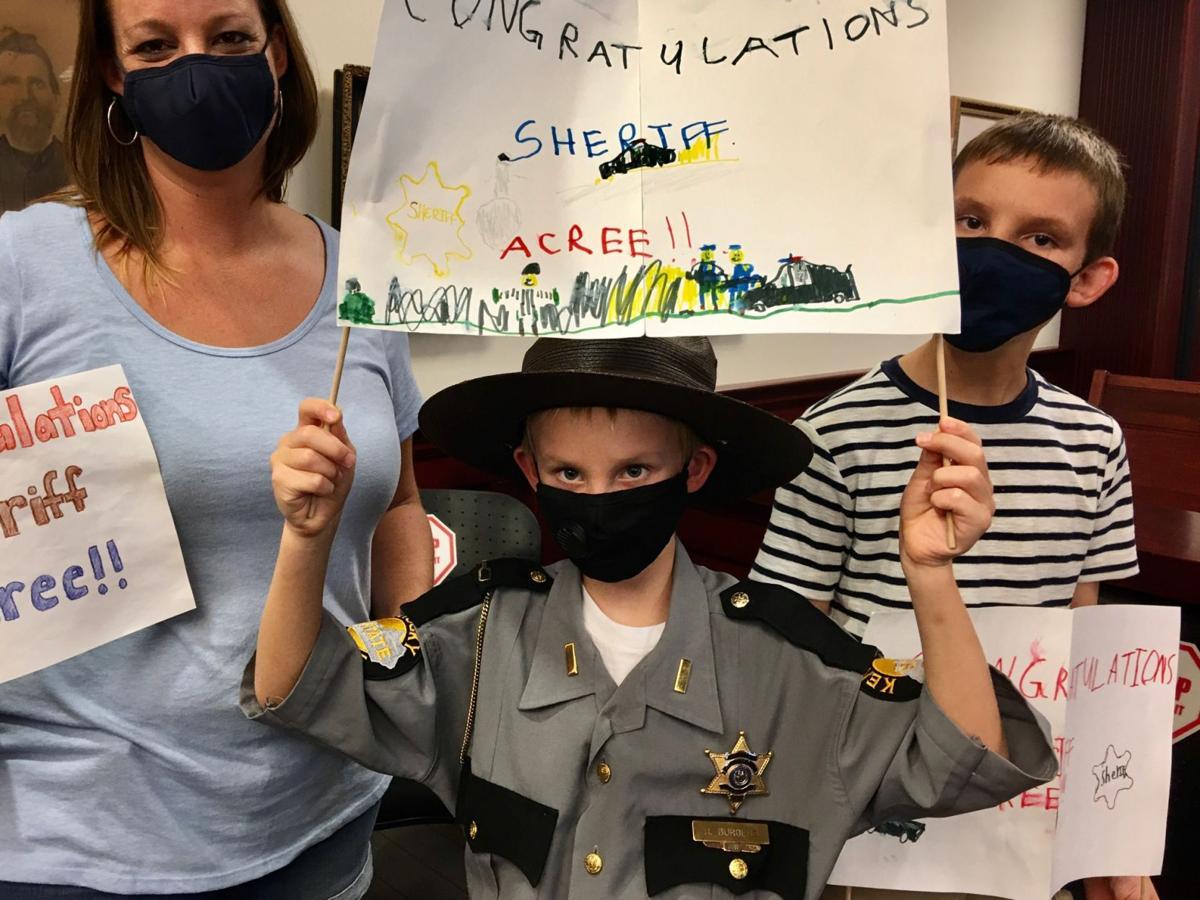 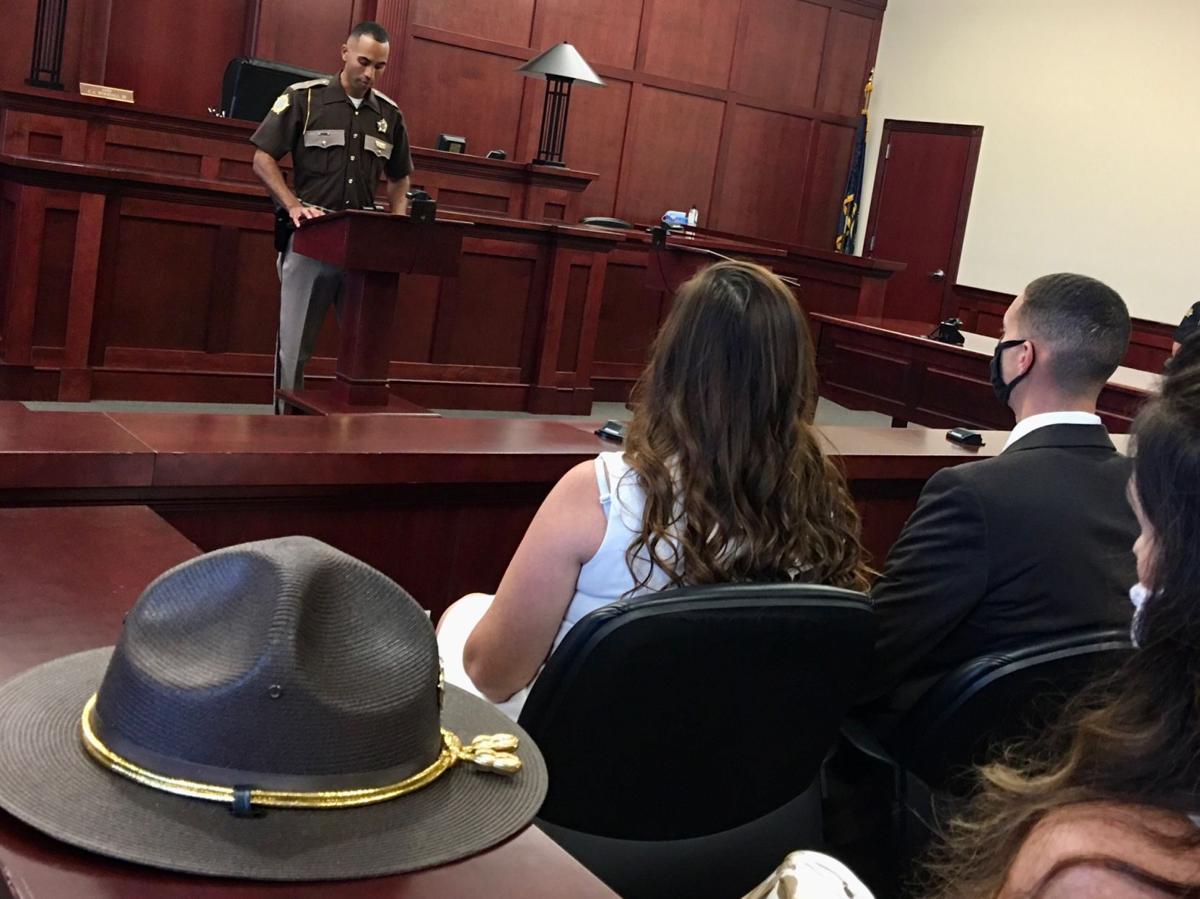 Trigg County Sheriff Aaron Acree speaks to his supporters shortly after being sworn in at the Trigg County Justice Center. 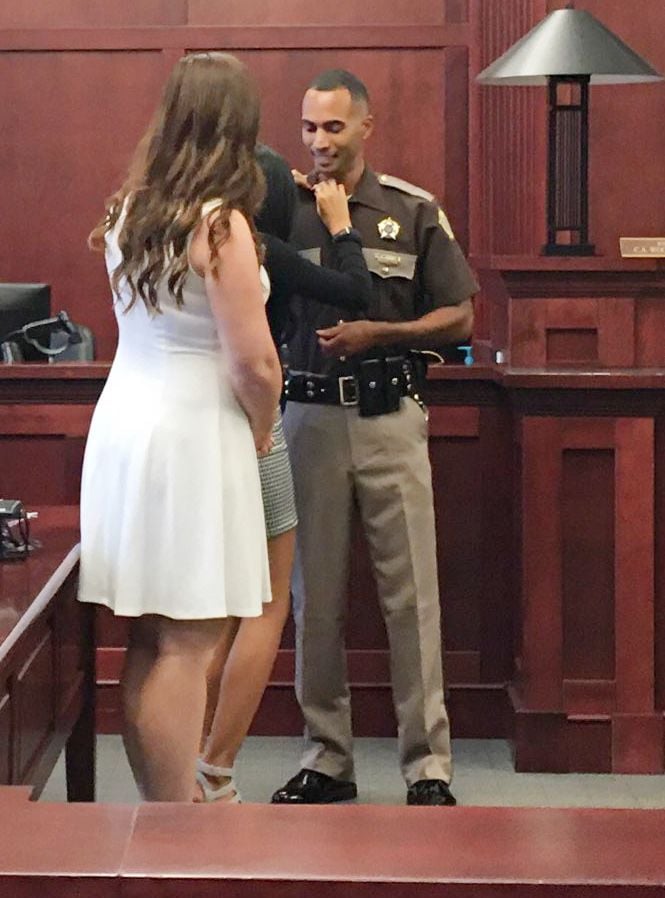 Olivia Acree (center) pins on the collar brass of her father, Trigg County Sheriff Aaron Acree, while her mother Angela Acree looks on. 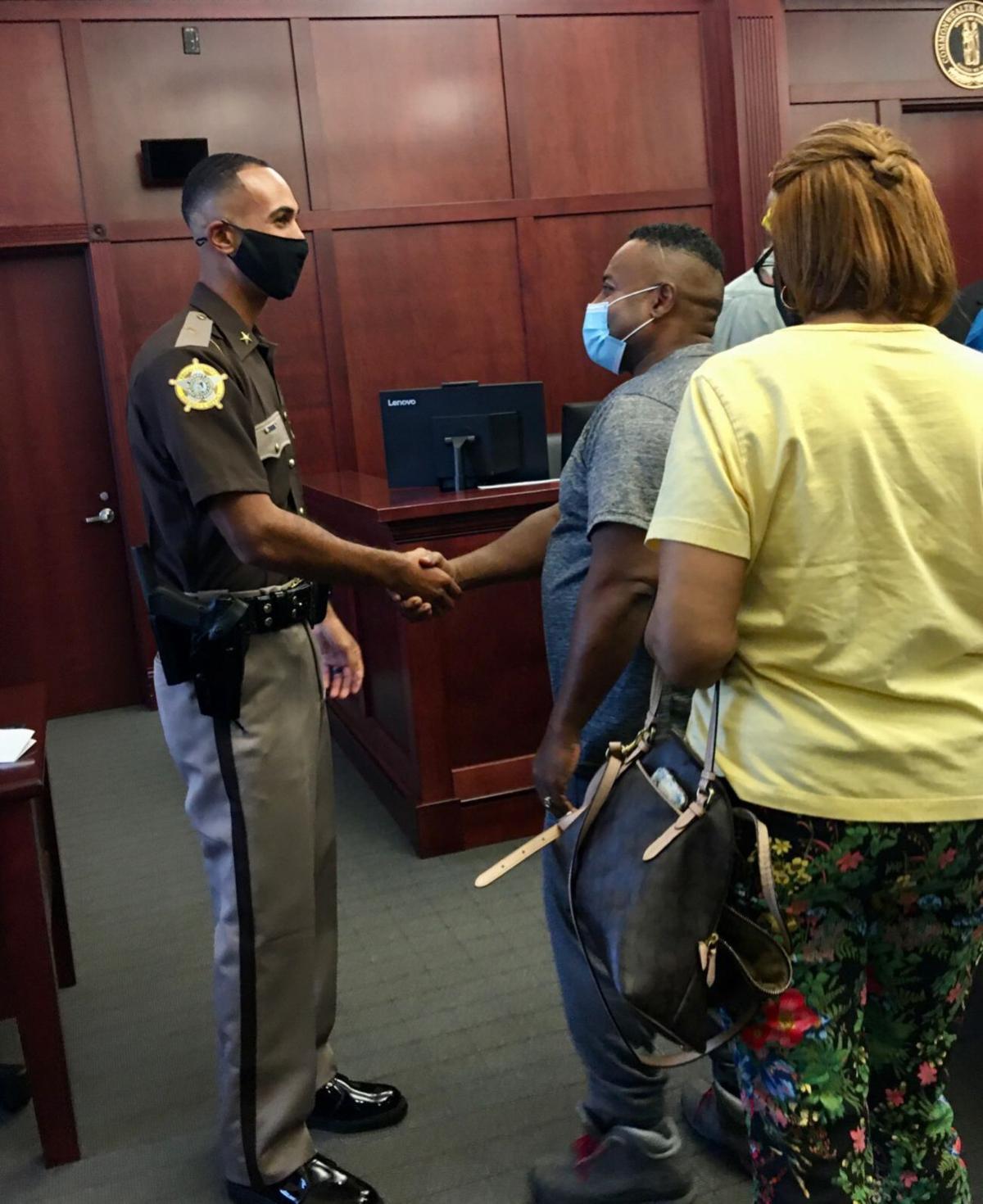 Trigg County Sheriff Aaron Acree speaks to his supporters shortly after being sworn in at the Trigg County Justice Center.

Olivia Acree (center) pins on the collar brass of her father, Trigg County Sheriff Aaron Acree, while her mother Angela Acree looks on.

Rick Burgess and his family were on hand Monday afternoon as his friend took the reins of the Trigg County sheriff’s office.

“He’ll do an outstanding job,” said Burgess, a sergeant with the Christian County sheriff’s office, following the swearing-in ceremony for Aaron Acree at the Trigg County Justice Center.

“He’s going to do his job to a T,” added the sergeant, who worked for the Trigg sheriff’s office at the same time his friend had been employed with the Cadiz Police Department.

Acree most recently was a trooper with Kentucky State Police.

On Monday, he was congratulated by a crowd of supporters who packed the courtroom to see his swearing-in as sheriff.

His duties officially began at midnight Tuesday, and he will serve the remainder of the term of former sheriff Jason Barnes.

Trigg County Judge-Executive Hollis Alexander swore Acree into office, and the judge-executive noted that the new sheriff will have an opportunity to be re-elected to the office in 2022.

The county now has a fine sheriff, Alexander told one well-wisher following the swearing-in ceremony in downtown Cadiz.

“I feel like that the sheriff’s office will be headed in a positive direction,” the judge said, noting that Acree cares about his community and is dedicated to the badge and his county.

He was raised in a Christian home and loves people, Alexander added of the attributes he sees in his new sheriff.

Acree said the community reached out to him about the sheriff vacancy created when Barnes resigned a month ago.

“This was not an opportunity I pursued,” noted Acree, a Trigg County resident who said he felt honored to be considered.

He said the job has provided the perfect opportunity to support his community, given that the community supported him when he first started his career in law enforcement.

Speaking in the courtroom following his swearing-in, Acree told the crowd that he wants to emphasize professionalism and accountability in the Trigg County sheriff’s office, and he said that will be his primary focus as he takes on his new job.

The sheriff thanked his immediate family for their support, and he noted that several family members as well as local and state police officers attended Monday afternoon’s ceremony.

In a ceremonial rite of passage, Acree’s wife Angela Acree and daughter Olivia Acree put on his collar brass, the pins he will wear daily on his uniform and which signify his rank as sheriff.

Monday’s event also included Alexander swearing in deputies Michelle Kent and Mike Sandbrink. Sandbrink is a major in the sheriff’s office who will serve as second in command to Acree.