You have permission to edit this article.
Edit
Home
News
Living
Sports
Obituaries
E-Edition
Classifieds
1 of 4 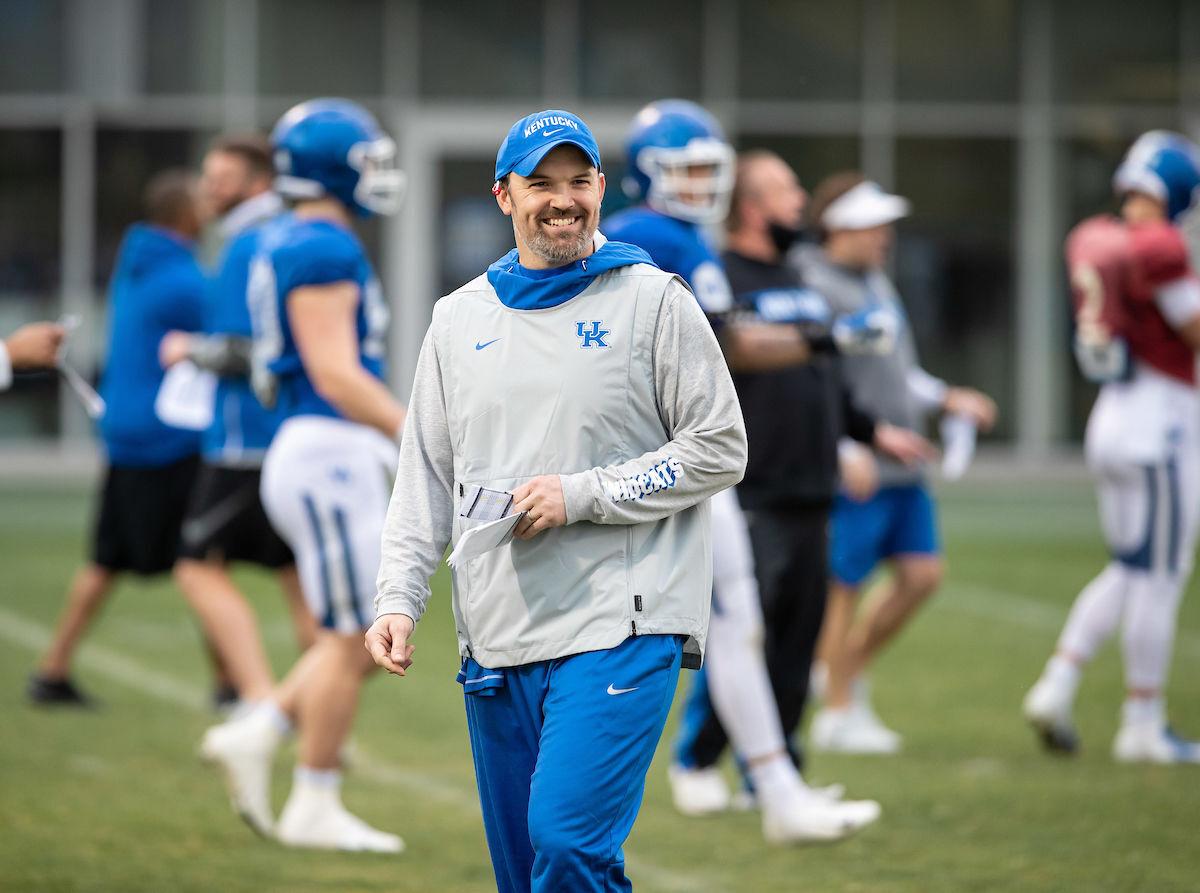 Kentucky signee Bryce Hopkins only got to play 16 games in Illinois’ short basketball season but still was the dominant player in his conference. 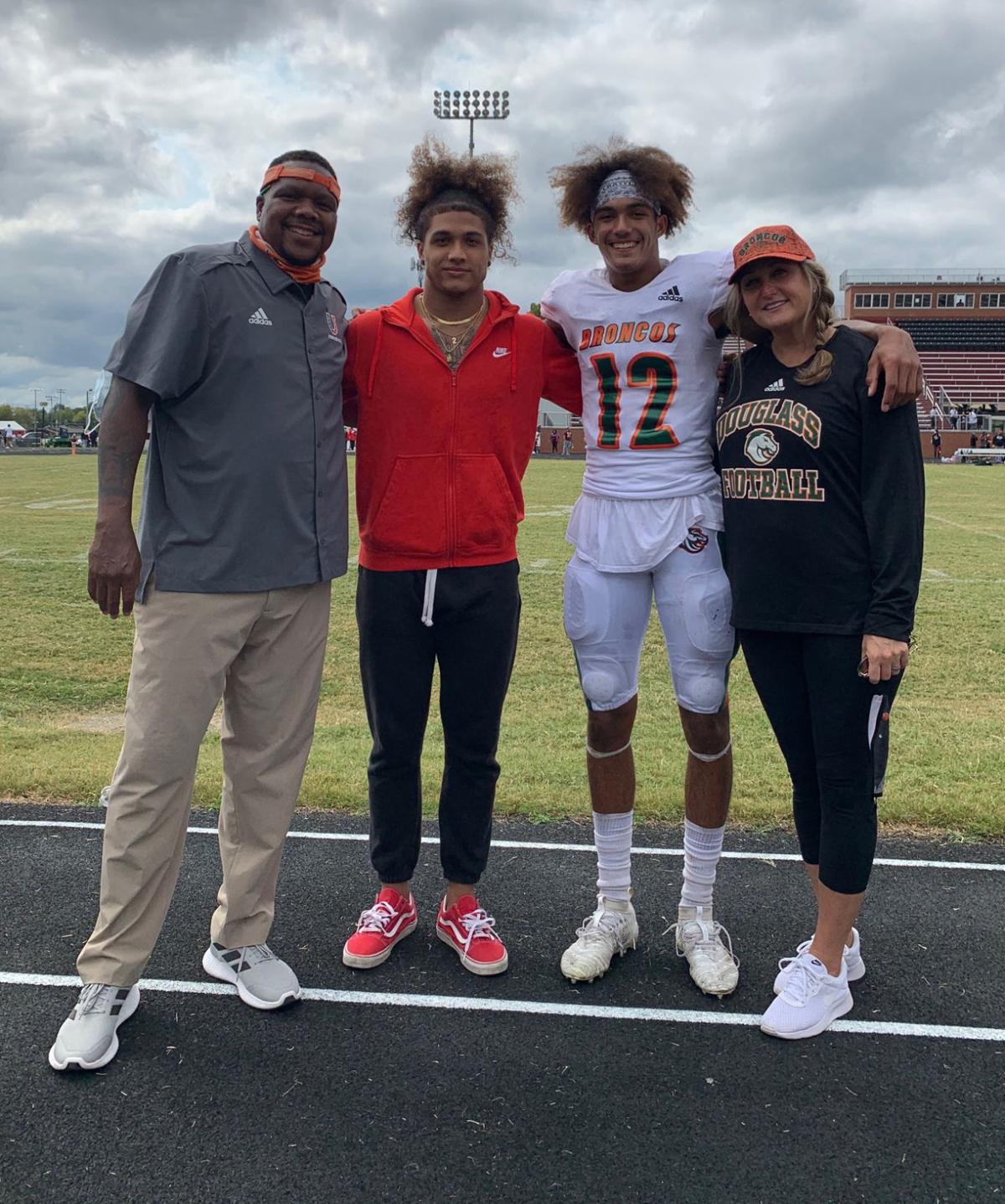 Receiver Dane Key says his family — mother Nicole, father Donte and brother Devon — all have a role in his recruitment process. 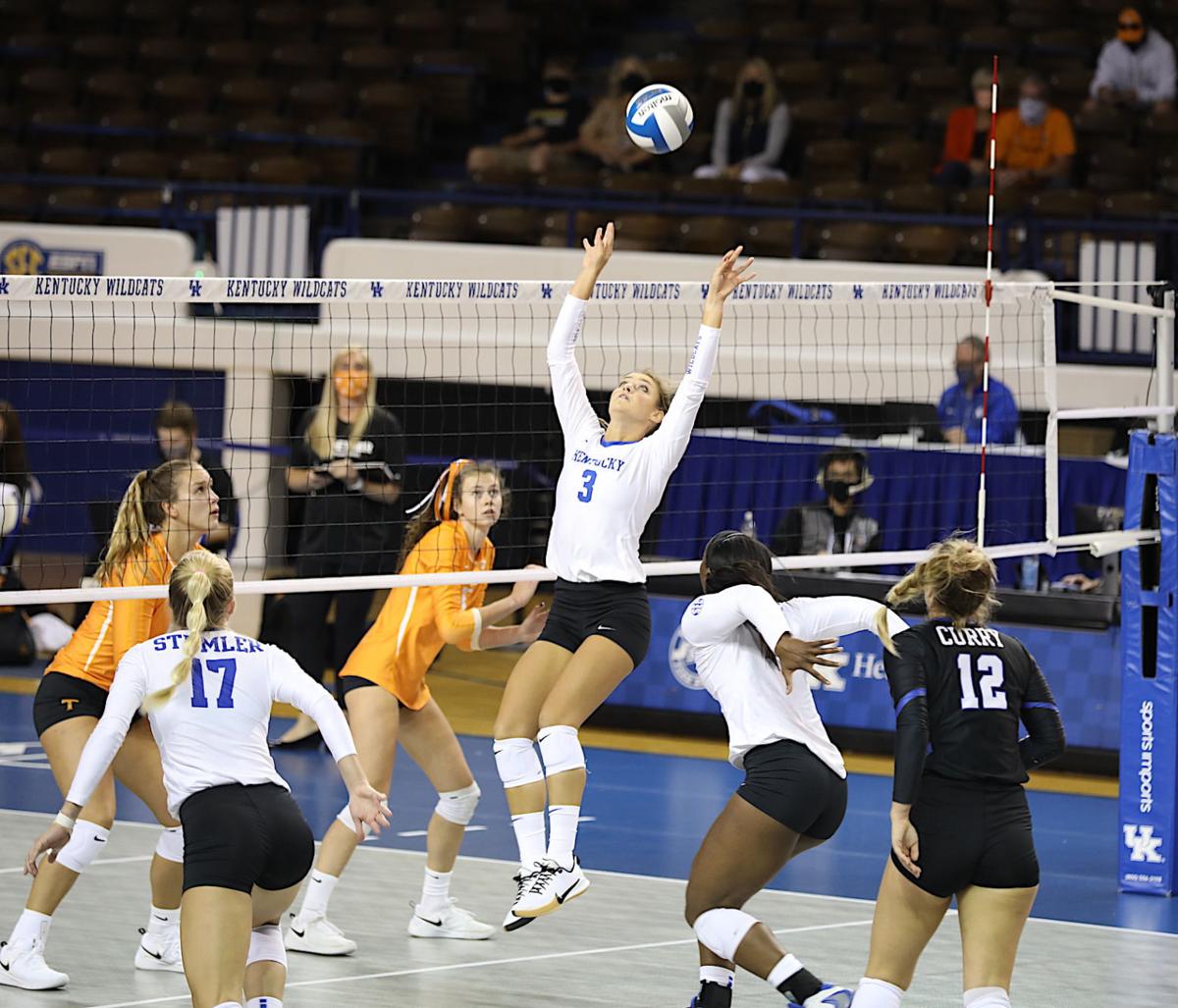 Madison Lilley (3) is having another All-American season and has led UK to a 19-1 record and SEC championship.

Kentucky signee Bryce Hopkins only got to play 16 games in Illinois’ short basketball season but still was the dominant player in his conference.

Receiver Dane Key says his family — mother Nicole, father Donte and brother Devon — all have a role in his recruitment process.

Madison Lilley (3) is having another All-American season and has led UK to a 19-1 record and SEC championship.

He has a lot of potential college choices and likely will still get more scholarship offers but Frederick Douglass junior receiver Dane Key has cut his list of potential schools to 10.

He did that Sunday on his mother’s birthday and has Kentucky, Virginia, Arkansas, Michigan State, Oregon, South Carolina, Purdue, Wisconsin, Virginia Tech and Mississippi State left on his list. Other offers included Texas and Tennessee while both Notre Dame and Ohio State have shown interest.

“These 10 really stood out to me,” said Key. “They showed the most love to me and showed they want and need me to play and help them compete for a national championship.”

Key obviously is looking for a team that has a passing attack to utilize his skills. He’s done numerous Zoom calls with coaches who have told him “how much they respect my game and how I play” while showing him how he would fit into their offense.

“They have all just basically told me how they need me,” Key said. “They are all great schools. I knew eventually football will end and there will be life after football and they all can help get me ready for that.”

Several weeks ago speculation surfaced that Kentucky was not high on his list because UK did not recruit his brother, Western Kentucky standout Devon Key who is now preparing for the NFL draft. Dane Key’s father, Donte, played linebacker at UK from 1992-95 and is on the Douglass coaching staff.

“Kentucky is definitely on the list and I am just going to keep going with my decision making process,” the Frederick Douglass junior said. “I don’t really pay attention to what too many other people say. I keep things in my family and my circle. What outsiders might say is not what my decision will be.”

The 6-foot-2, 175-pound Key is a four-star recruit and ranked among the nation’s top 200 players by some recruiting services. He is the top rated player in Kentucky in his class.

He’s hoping to be able to make some campus visits in June and then be able to narrow his list to five schools for his official visits. He has no timeline for picking a school.

He feels blessed to have a father and brother who have both been through the recruiting process. He says that helps him know more about what to look for with coaches and schools.

Dane Key said his family, including his mother Nicole, had input into his final 10 list he released Sunday.

“We talked about the offers we had and who wants me and who me and the family feel fit me the best,” Key said. “All the coaches I have talked to are great coaches. They tell me different things but it is a lot of the same about how much of a difference maker I can be in college.”

No matter which school he picks or when he makes his decision, Key will not be an early enrollee because he wants to play his senior baseball season. He did not get a 2020 season because of COVID. A “couple” of schools in his final 10 have told him he could play baseball and football in college.

“I really have not thought 100% about baseball in college. Developing as a player and getting on the field early (in football) is my goal and I do not know if playing baseball would be best for that,” Key said.

“I have actually been playing baseball a little longer than football. It was the first sport I played. Getting to go out there now and play and swing the bat helps clear my mind about recruiting. It allows me to play the game I love and just have fun. Playing baseball with my friends takes the stress away (over football) when I am out there.”

Senior setter Madison Lilley has helped Kentucky go 19-1 against a SEC-only conference schedule and UK likely will be a No. 1 seed in the upcoming NCAA Tournament.

Her season has been so impressive that she should be the leading candidate for SEC Player of the Year honors along with All-American honors again. She not only has 791 assists this season but also leads the team with 24 service aces, is third with153 digs and second with 47 blocks. She also has 47 kills.

“She is playing with a lot of confidence and she should be playing with a lot of confidence,” Kentucky coach Craig Skinner said. “She does a great job of feeling who and when to set. In transition and rallies, you have to have a feel for it. We have a game plan and she does a good job with that. She can set in all areas of the net. The feel and ability to set a lot of different people is what separates her.

“And speed. She’s got great foot speed to track down balls that aren’t perfect.”

Junior Allí Stumler has benefitted from Lilley’s play the last three seasons. She says the best part of Lilley’s game is everything.

“I cannot name something she is not good at. Leading, on and off the floor,” Stumler said. “Her life is not all about volleyball so off the floor she’s someone you want to be around. In moments when we need somebody, we’re always looking for her to fire us up, to give us that extra push. She really brings it all for us.”

“Just the longer that I’m playing, the more that I’m realizing how vital that is. Even if that’s just talking after rallies. Keeping it really candid,” Lilley said. “You’re never too good to over communicate, so I think that’s definitely something I bring to the table.”

It has been about four months since Kentucky coach Mark Stoops fired offensive coordinator Eddie Gran and quarterbacks coach Darin Hinshaw but on “The Paul Finebaum Show” on the SEC Network last week he explained again just how difficult a decision that was for him.

“You understand, you’ve seen it, you’ve been around and watched it. Sometimes things are very cut and dry. Whether it be a head coach or an assistant, you need to make a change and it is what it is, and it’s a relatively easy decision. That wasn’t the case with my guys,” Stoops said.

“They had been with me and they had been a part of a lot of good things, helped me build this program and do some really good things. Not only were they personal friends and people you get close to, but they also are very qualified, very good coaches. Sometimes, it just doesn’t work. Sometimes, you need to make a change.”

Defensive coordinator Brad White said staff chemistry is “huge” and maybe the most underrated part of a team’s success.

“You think of chemistry among players but staff chemistry is huge,” White said. “I have a really great relationship with (new offensive coordinator) Liam (Coen) and it continues to grow.”

White was in the NFL before he came to Kentucky. Coen came to UK from the Los Angeles Rams. White says the two can “bounce” things off each other daily that helps them both.

“I went through the NFL back to college transition a couple of years ago,” White said. “We talk about you have got to readjust your focus. Players are not quite as ready made (at UK) as they are at the next level.

“It was great for me to have (former UK defensive coordinator) Matt House on staff when I was readjusting. Having that sounding board really helped.

it was great for me to have Mat House on staff when I was readjusting.

“It has been great for me to see all the little tweaks they brought from the NFL. That will only make our staff better on defense to match up against those guys daily.”

If you thought Kentucky’s high school basketball season was cut short by the pandemic, consider what happened in Illinois.

Kentucky signee Bryce Hopkins played for Fenwick High School, located just outside Chicago. His team did not get to start practicing until the last week of January, played its first game Feb. 8 and only got to play until March 12.

“We played 16 games in five weeks. No state tournament,” said Fenwick coach Staunton Peck. “But we were super happy just to play because for a long time we thought we were not going to have a season.”

Fenwick played a demanding schedule but went 13-3 and won the Chicago Catholic League Blue Conference championship. All three losses were by three points or less, including two shots at the buzzer.

“Our league had three teams ranked in the top 10 and four in the top 20,” Peck said.

The 6-foot-7 Hopkins, the only senior to see significant playing time, led Fenwick in scoring (24.5 points per game) and rebounds (12.5).

“Bryce was conference player of the year. It was a unanimous vote by the coaches which was not surprising because he was the league’s dominant player,” Peck said. “He anchored our defense and just made big plays at big times and just finished his career on a real high note.

Quote of the Week: “He puts the players first. He’ll be there early in the morning, late at night, he’ll take you to lunch, help you with your homework. He’s almost like a father figure. He would be great wherever he’s at, but we are glad and blessed to have him here,” New York Knicks rookie Immanuel Quickley on assistant coach Kenny Payne in a New York Post interview.

Quote of the Week 2: “She does a great job of feeling who and when to set. In transition and rallies you have got to have a feel and she has it. She can set all areas of the net. She has great foot speed to track down the ball,” Kentucky coach Craig Skinner on senior setter Madison Lilley after UK won its fourth straight SEC championship.

Quote of the Week 3: “This is not a program where you have to sell anything. You go out and target players you believe can help you. When I am in a room (talking to recruits) I talk about my background but it is all about Kentucky football. The name and brand stands for itself here and I am happy to recruit young men to help us get better,” new UK running backs coach John Settle on recruiting for Kentucky.