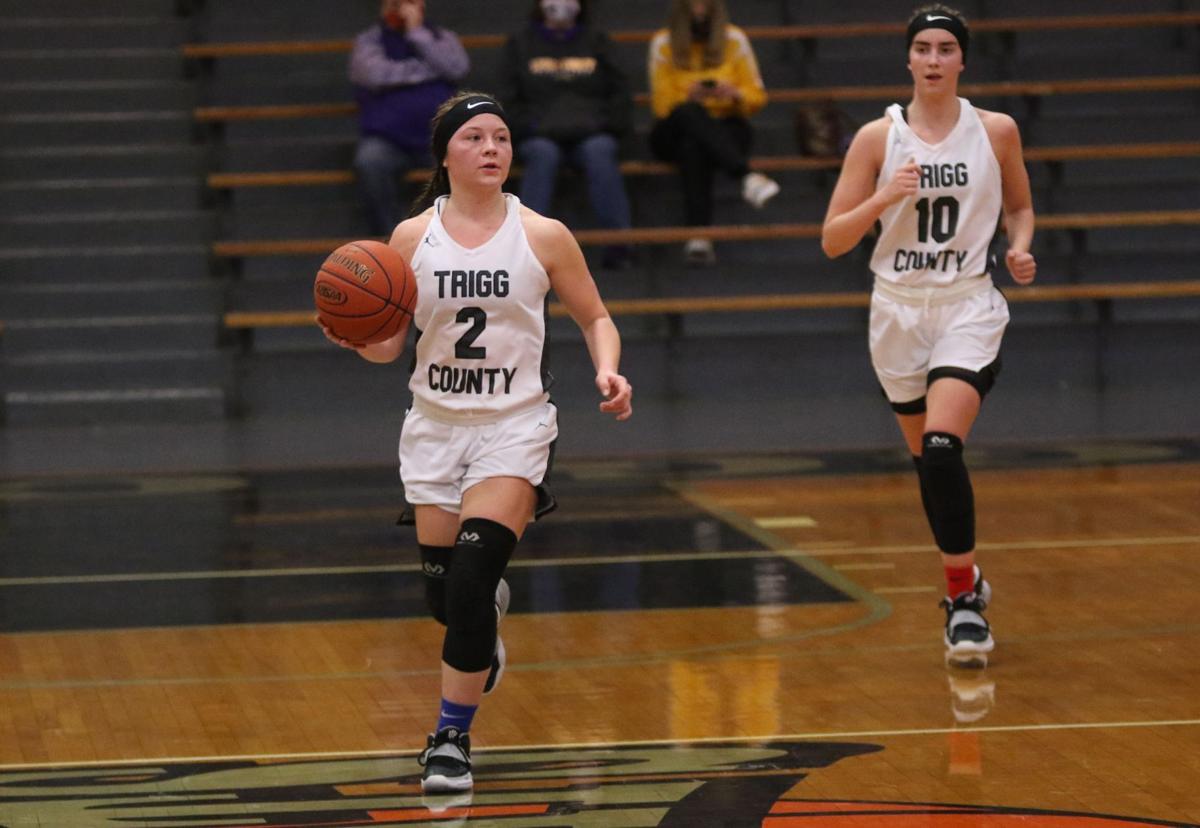 Trigg County’s Olivia Noffsinger dribbles the ball up the floor in the Lady Wildcats’ win over Lyon County. 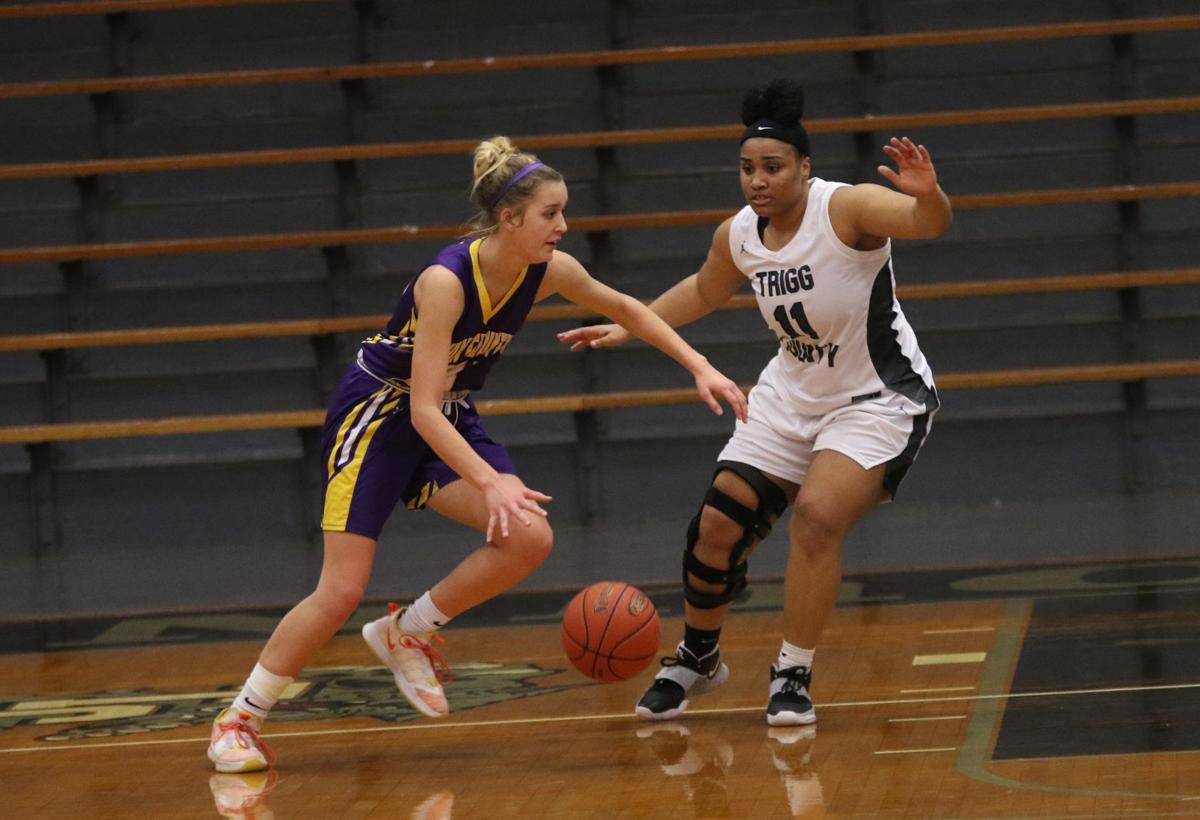 Trigg County’s Olivia Noffsinger dribbles the ball up the floor in the Lady Wildcats’ win over Lyon County.

With a minute left on the clock and the game tied at 42, Trigg County decided it was going to take the final shot of the game.

Lyon County backed off and let the Lady Wildcats run down the clock.

What a time for Trigg to make their only 3-point shot of the game.

The clock ran down and Adri Phillips found sophomore Olivia Noffsinger on the wing, who buried the threy as time expired, pushing the Lady Wildcats into the Fifth District Championship and Second Region Tournament Friday night with a 45-42 win over the Lady Lyons.

Noffsinger has had her battles throughout the season, and head coach Cory Coble said to see it all pay off for her by making that game-winning shot is something he is very proud of.

“I don’t think a lot of people know this, she had a serious back injury in the preseason going into the first game and because of that, she started to throw her shot,” he said. “We tinkered with it about three weeks ago and she comes in every morning a gets 300 shots up with Kara Hyde. We talk about hard work and determination paying off. To go 0-for, and to step out and make that shot — talk about the heart of that kid and a kid I could not be happier for.”

Noffsinger said the shot felt good coming out of her hands and she was without words about coming through in such a big moment for her team.

“They’re not just my teammates, they’re my sisters,” she said. “They’ve been behind me the whole way, even when I’m not doing that good. Just to have that support, it just feels really good.”

The game-winner and the Lady Wildcats’ journey to that moment, hinged off of one moment in the beginning of the second half.

With teh Lady Lyons up two coming out of halftime, the Lady Wildcats opened the second half with a turnover, giving up an easy layup on the other end.

Coble immediately called a timeout and sat his players down and made sure they knew what needed to be done.

“That’s just part of the personal growth of some of these players,” Coble said. “I rip Adri Phillips, a senior leader, and in the past she’d put her head down and pout a little, but she answered ‘You’re right, I’ve got to do better.’ Just the personal growth of all those girls to answer the call — I said, ‘You’ve got to give me everything. Every ounce, every piece of you.’ — and they did.”

Trigg went on to take the lead going into the fourth quarter and capped off the hard-fought win with Noffsinger’s game-winner.

While her shot was the big moment, the big game goes to junior Marleigh Reynolds.

The Lady Wildcats attacked the Lyon County zone from the outside, into Reynolds, who made the most of it, scoring 19 points to lead all scorers in the game.

“She’s a top-10 player in the region next year and if she isn’t someone is looking at it wrong,” Coble said. “She scored 19 points against a zone that packed it in and knew that was our main option. A lot of credit to her, but what about our guards giving post feeds? All season we’ve worked on that. … We get great offense out of that.”

Now the focus shifts to the Fifth District championship against Livingston Central, which was scheduled for Tuesday night at home.

Coble said he knows his team will be there mentally for the game and doesn’t anticipate a letdown from his girls.

“Nobody remembers second place,” he said. “This is great. You won on a buzzer-beater. You could be on cloud nine. When you wake up, none of this stuff happened. It’s a new mindset. Our kids can do that. Every one of these kids has been with me since we started. I coached them in middle school. They know how to reset the clock.”

Editor’s note: Because of press deadlines, the results of Tuesday night’s championship game were unavailable.