You are the owner of this article.
Edit Article Add New Article
You have permission to edit this article.
Edit
Home
News
Sports
Opinion
Community
E-edition
Classifieds
Text Alerts
Contact Us
Publications
Election Update
1 of 4 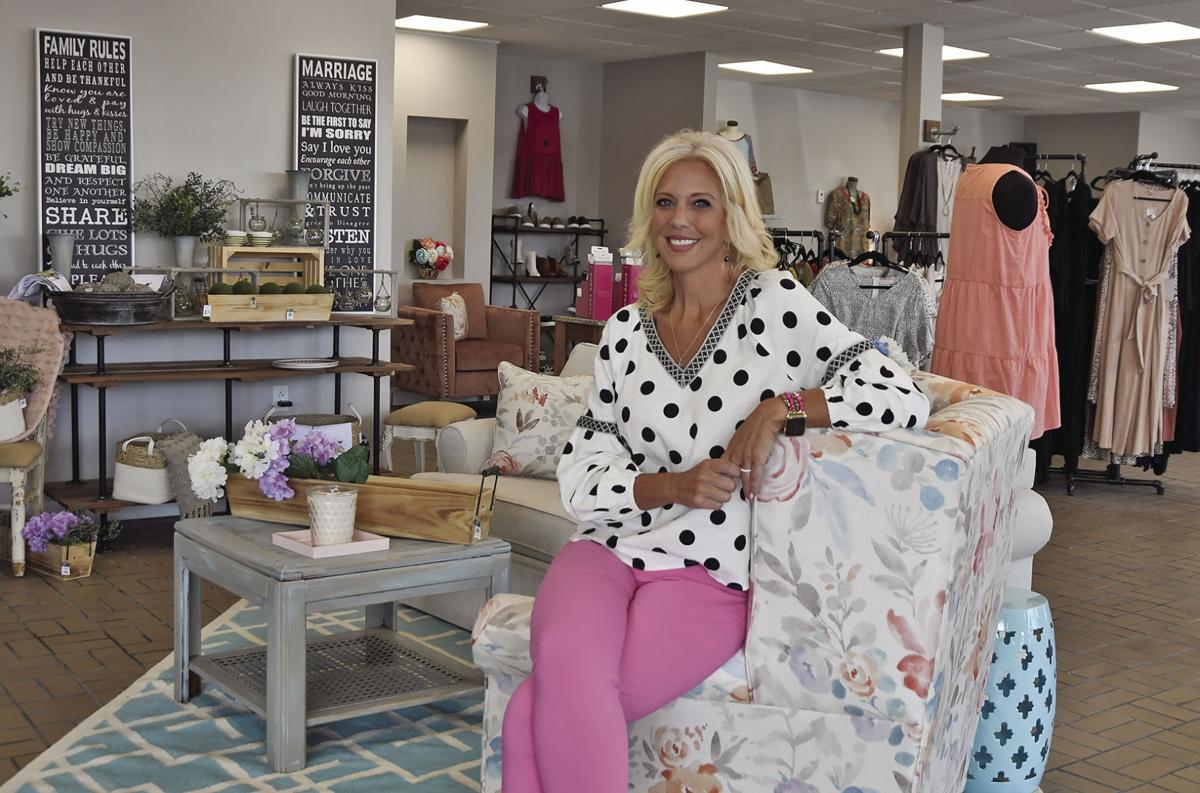 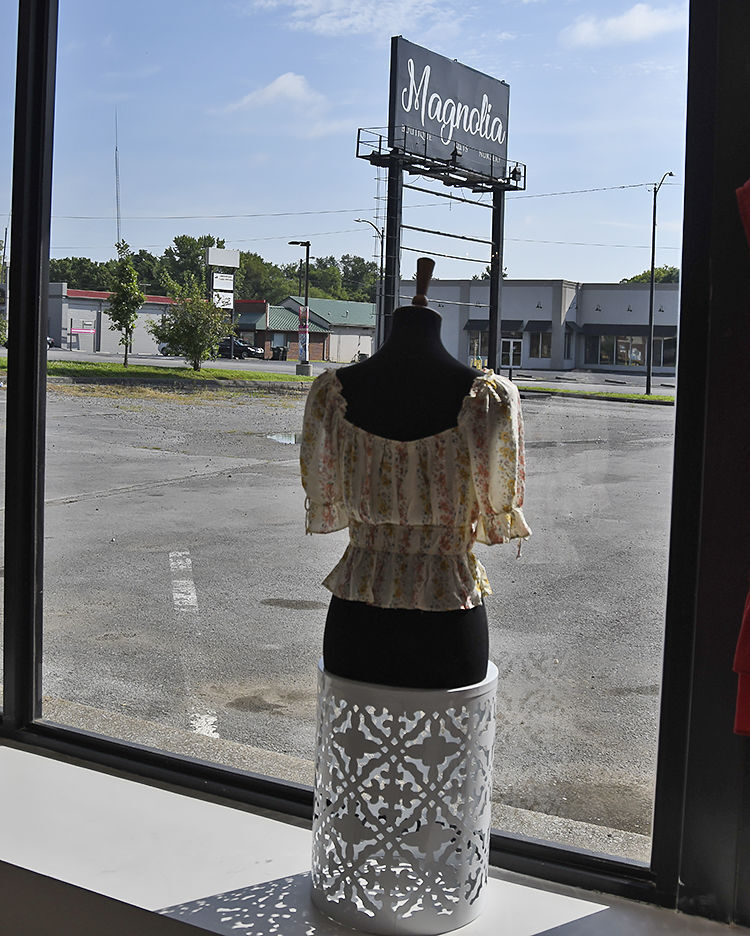 The giant sign for Magnolia boutique is easily visible to customers traveling down Fort Campbell Boulevard. The shop recently moved from its Princeton Road location. 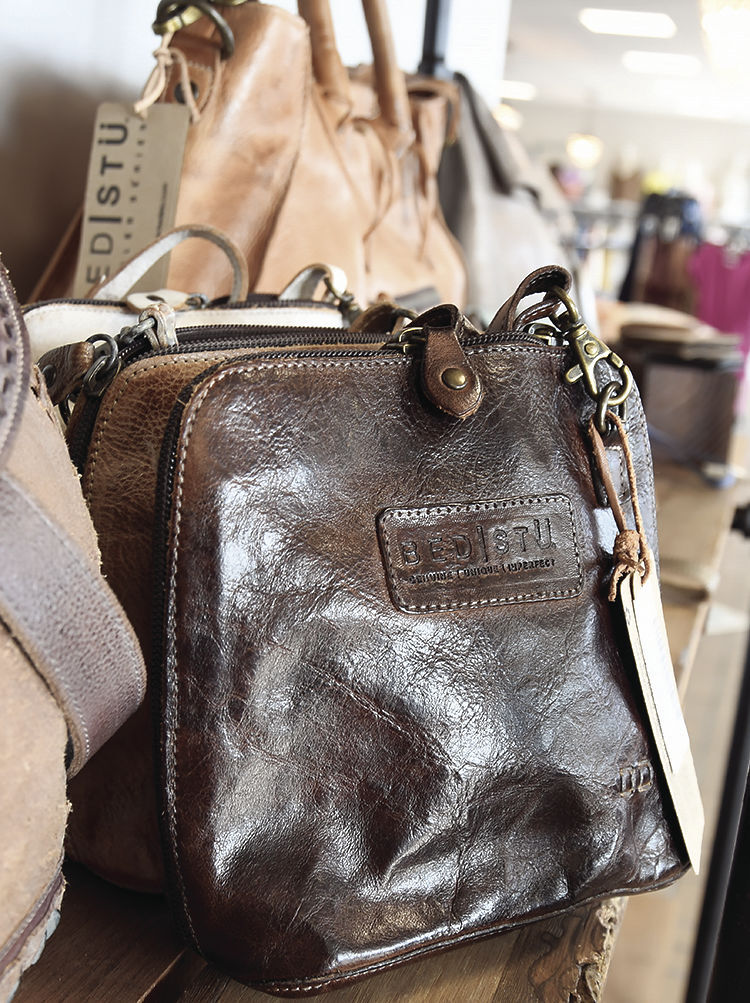 A selection of Bed | Stu purses and bags is displayed for sale at Magnolia boutique. 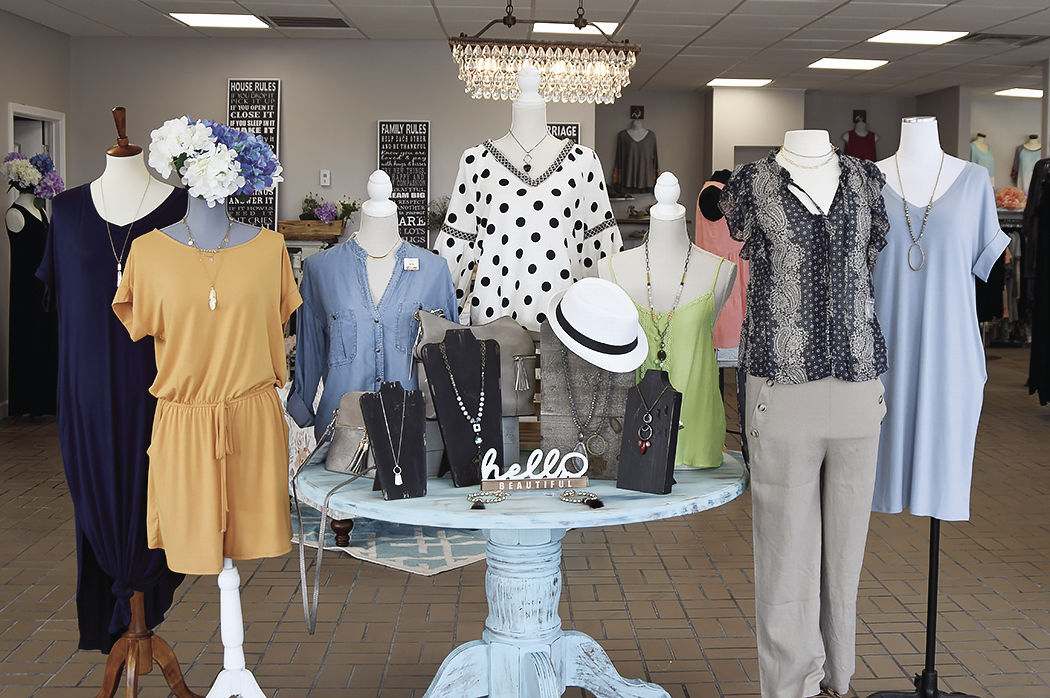 A display of women’s clothing and accessories greets patrons at Magnolia on Fort Campbell Boulevard in Hopkinsville.

The giant sign for Magnolia boutique is easily visible to customers traveling down Fort Campbell Boulevard. The shop recently moved from its Princeton Road location.

A selection of Bed | Stu purses and bags is displayed for sale at Magnolia boutique.

A display of women’s clothing and accessories greets patrons at Magnolia on Fort Campbell Boulevard in Hopkinsville.

Driving down Fort Campbell Boulevard toward downtown Hopkinsville, motorists will see a large black sign on the left with giant white lettering.

The sign marks the new location of Magnolia, a trendy boutique that opened its doors July 9 in a former Raceway gas station.

“I think it’s the biggest sign on the boulevard,” laughed Slone Cansler, who co-owns the shop with her mother-in-law Debbie Cansler. “It had to be (big) because they kept the gas prices on it. That turned out good for us because now we want our sign to stand out.”

The Canslers moved Magnolia from its original site on Princeton Road to its new site at 2405 Fort Campbell Blvd., after about nine years in business.

“It had sat empty for several years,” Cansler said about the gas station site. “Everything in here was gold, blue, red — bright primary colors. It needed some love and attention. Once we saw past the coolers and coke machines, we noticed the big, beautiful windows. We have all this great parking.”

In 2009, Debbie and Gene Cansler opened the family’s Magnolia Plant Nursery on Princeton Road. About two years later, the couple visited shops in Florida while on vacation. Inspired, Debbie soon opened the original Magnolia Too Boutique in a storage shed beside the nursery.

“She added a few little pieces of costume jewelry, some scarves inside the little building with a little display,” Cansler said. “That took off. That part of the business is what really started to grow.”

Eventually, the boutique expanded into Debbie’s mother’s two-bedroom house next door. They added clothing to the inventory.

“They added a huge room to the back (of the house). Then, we outgrew that space,” Cansler said.

The family started considering moving the boutique or opening a second location in town.

“We knew the Princeton Road location wasn’t far, but it still felt far for people sometimes, especially if they wanted to run in on their lunch break,” she said.

In 2018, Jennie Stuart Medical Center officials presented the Canslers with a proposition to open a second boutique location in the hospital gift shop at 320 W. 18th St.

“We opened last June,” Cansler said. “It was a great move for us; very successful.”

Although customers liked the second location because it was in town, Cansler said patrons said it still was not “convenient” for them to shop there. So, when her father-in-law found out the gas station location was up for sale, they checked it out and bought it.

“You couldn’t ask for a better location than this,” she said.

To start stocking the new, larger store, the Canslers visited a fashion market in February. Shortly after they returned to Hopkinsville, COVID-19 quarantines began.

“Right about the time we were starting to work on this building, we went on lockdown,” she said. “We had to close the other store, but, looking back, I think we made the best of that time because it helped us focus on this new place. We weren’t dividing our time between the older store and this. We could focus our energy.”

Cansler said several citizens in the community helped them finish renovating the store before opening day.

“It really took a village and the village of Hopkinsville and Christian County showed up,” she said. “More than anything that tells me we’re in the right place — physically here on the boulevard and here in Hopkinsville.”

With the location change, loyal customers will notice a slight name change of the brick-and-mortar shop from Magnolia Too to just Magnolia.

“As time went on, the brand became the boutique, so the ‘Too’ didn’t necessarily make a lot of sense anymore,” she said.

The Magnolia Too Boutique name will continue on the company website, magnoliatoo.com, and on social media.

“We have a little bit of everything. We like to think we have something for everyone,” Cansler said.

The shop strives to meet customers’ needs with the fashions they sell, Cansler noted.

“We really try to carry that variety and cater to a large array of women and give them the styles or comfort they need to come in and shop,” she added. “We’re not just going to sell you clothes. We’re here to make you feel confident about yourself.”

Cansler still works full time as the director at the Hopkinsville Regional Campus for Murray State University, but said she enjoys the behind-the-scenes work of the shop.

“This is a mesh of two passions for me. I get to be creative and make things look pretty, but I also get to be on that marketing side,” she said. “When I was in advertising, I always seemed to have these great little boutiques, female-owned stores (as clients). It taught me so much about the value of a female-owned business and how much women bring to the table when they are passionate about something.”

Cansler said the boutique’s relocation is just the first for the family’s businesses.

“At some point, the nursery, (Cansler Landscaping) and the boutique will all be centered here. This is just the first step. We hope it’s like a two-year plan,” she said. “The nursery is not here yet because we have to get fencing (and) irrigation (on site).”

This fall, however, Cansler said nursery plants, flowers and pumpkins will be sold in front of the boulevard boutique to make it convenient for customers.

Cansler said she is excited to provide a convenient location for the community to shop. Business hours are currently 10 a.m. to 6 p.m. Monday through Friday and from 8 a.m. to 3 p.m. Saturday. Expanded hours are planned during the holidays.