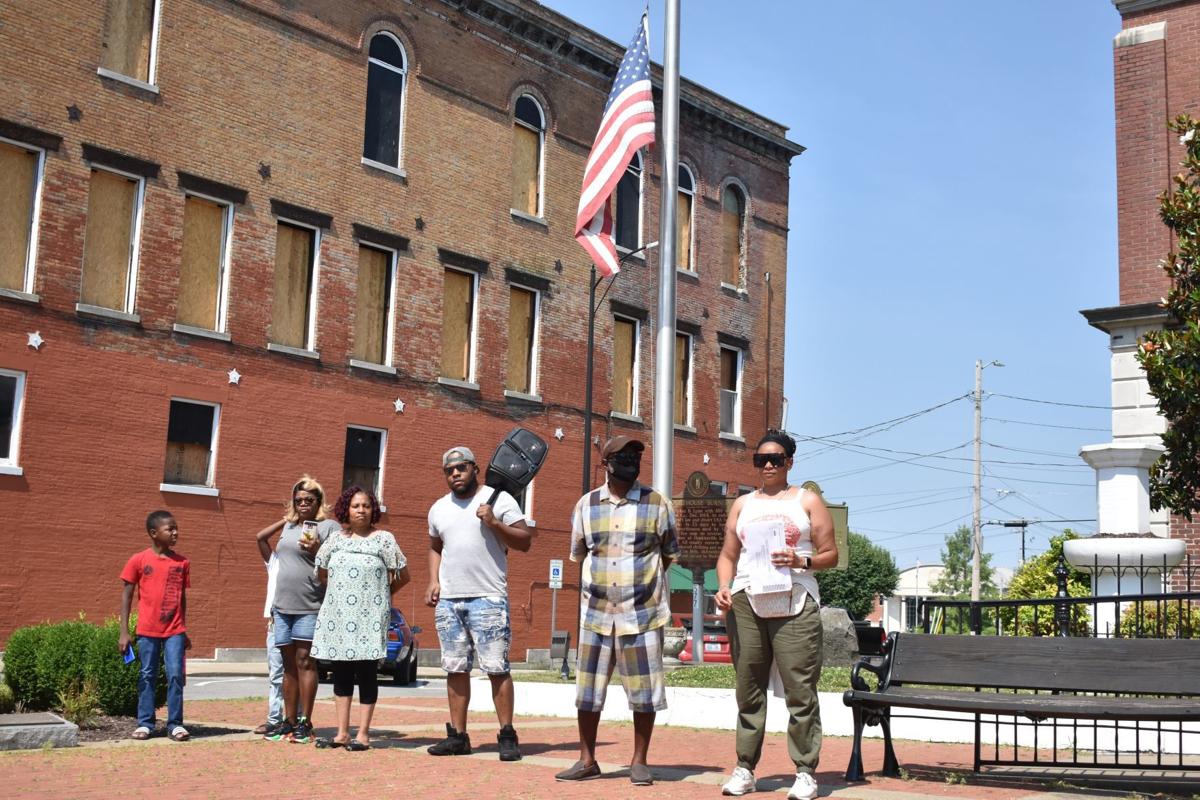 Hopkinsville locals and members of the African American Agents for Change, DJ Marcus Wilford (center), the Rev. Perry Greenwade (right center) and Lita Atkins (far right) stand in front of the Christian County Clerk’s Office, playing music and encouraging everyone in the area to get out and vote and to vote for change. 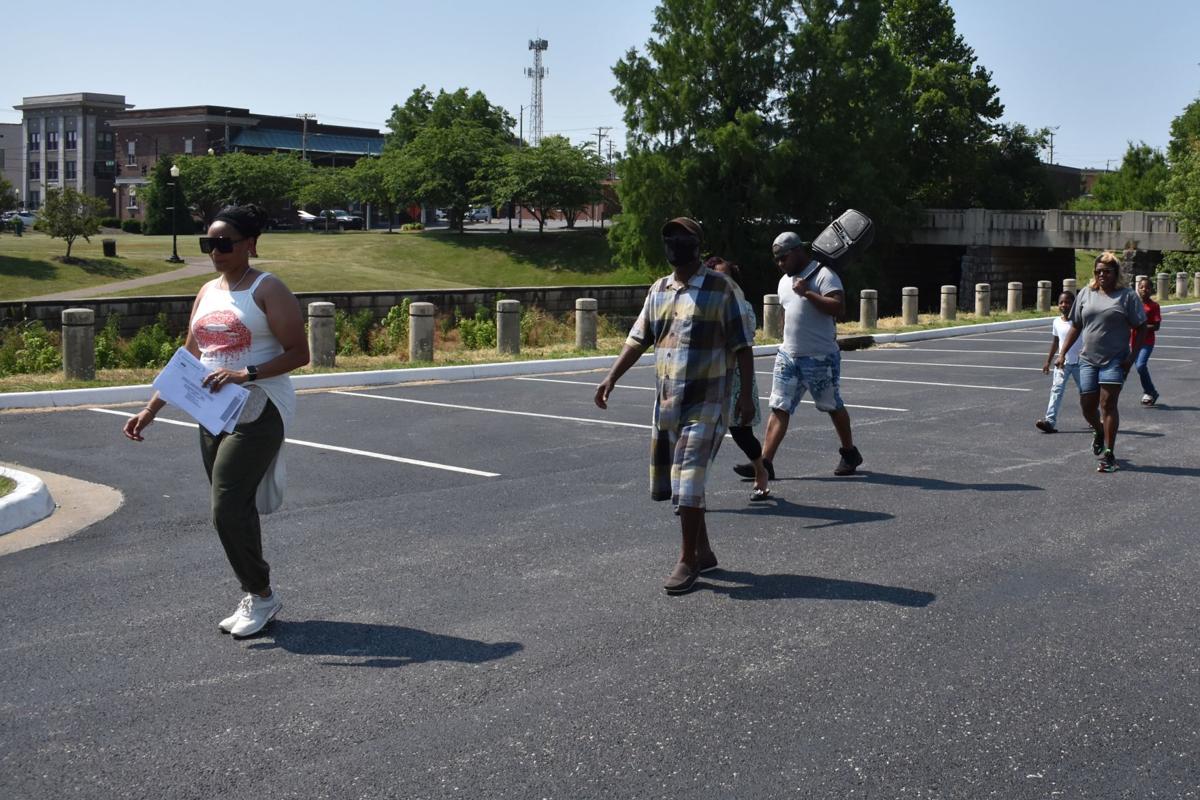 The group marches together to cast their absentee ballots Saturday in Christian County. 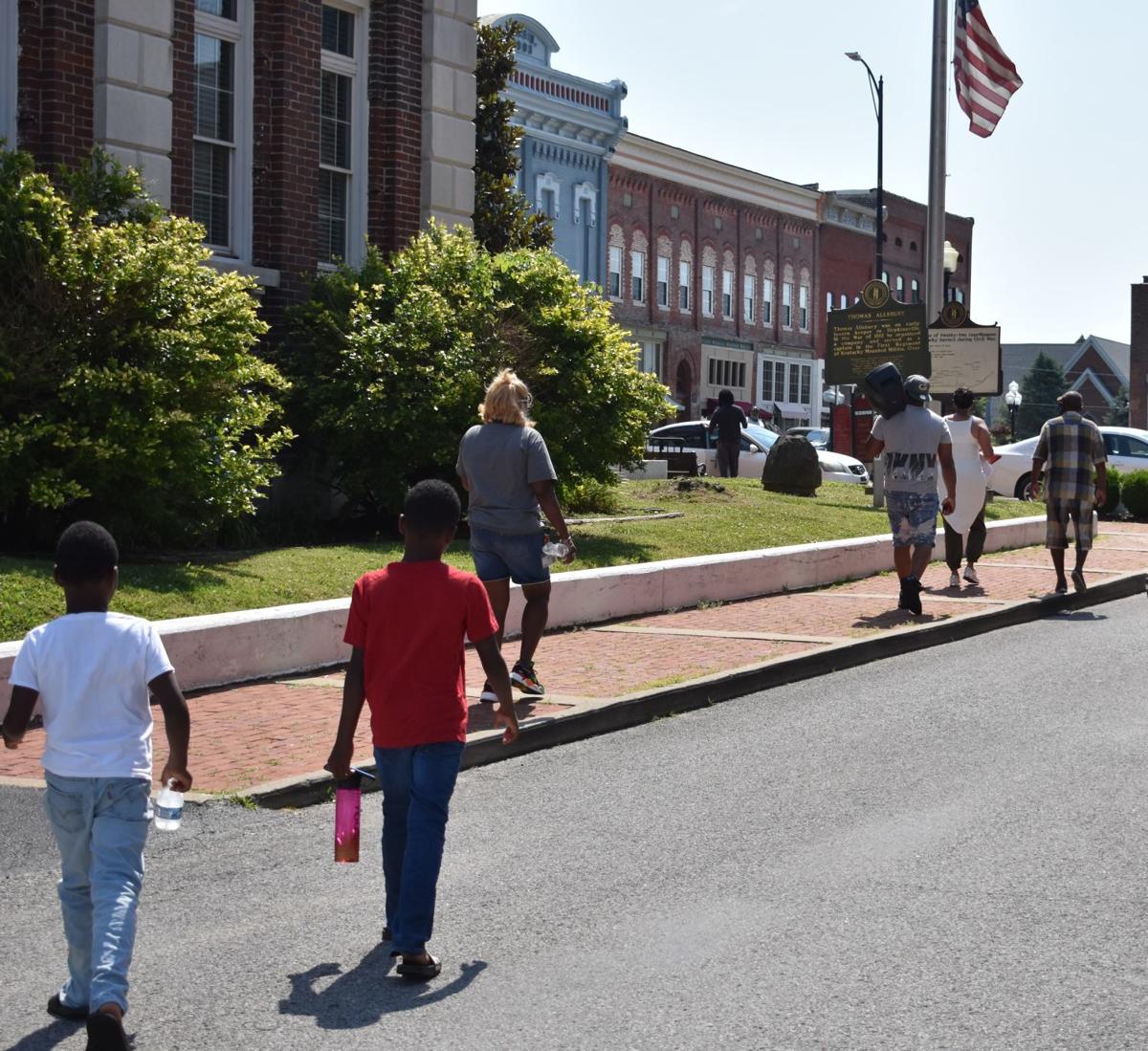 The voting march began at the Christian County Justice Center, where the group with ballots in hand and music playing with gospel songs, marched to the clerk’s office.

Hopkinsville locals and members of the African American Agents for Change, DJ Marcus Wilford (center), the Rev. Perry Greenwade (right center) and Lita Atkins (far right) stand in front of the Christian County Clerk’s Office, playing music and encouraging everyone in the area to get out and vote and to vote for change.

The group marches together to cast their absentee ballots Saturday in Christian County.

The voting march began at the Christian County Justice Center, where the group with ballots in hand and music playing with gospel songs, marched to the clerk’s office.

Hopkinsville local Lita Atkins and the Rev. Perry Greenwade organized the march Saturday with the help of a handful of friends and family.

The two of them also organized several other voting marches over the last few weekends as well as the “I Can’t Breathe” demonstration June 6. They have since created a grassroots organization they call African American Agents for Change.

Saturday’s march began at the justice center, with the group marching to the clerk’s office, voting ballots in hand and a speaker playing songs of gospel music and racial justice.

After the group arrived at the clerk’s office, they stood with their fists in the air, shouting the importance of voting for change, especially for the black community.

“One of the only ways we can be heard as a people, as a community, is to get out and vote,” Greenwade said.

“We went through years and years of not being able to. So, I believe if we want change, we have to do something,” he said. “It’s not always comfortable, it’s not easy, but it’s always necessary.”

Greenwade went on to say he and the group wanted to get out and organize the march to show people that voting is important.

He also said he wanted to encourage people to get out and vote in order to change policing and how the government sees people of color.

“We want to see change in our policing — the way they police us,” Greenwade said.

“We want change in our government and the way they see us, and we want our voices heard. We need people to realize that if you get out and share your voice by voting, and if you vote somebody in, you can hold them responsible for what is it you want and the people in the chambers to know.”

Greenwade said he and the others of AAAC want to hold demonstrations and marches in order to talk about the social justice and racial inequality that black people face in the nation and locally.

Greenwade added that he wants to encourage those men and women who have struggled with the law in the past that they can and should vote.

He explained that there are some young African American men who have just been released from prison and haven’t had the chance to vote. He himself wasn’t able to vote until he was 39 years old.

“I was in trouble in some of my young life and it felt so awesome when I was able to walk up and vote,” Greenwade said.

“That showed that I was somebody when I voted. So, I want to show young African American men that’s getting out of prison, that has a record, that they can do the same thing and that their vote counts.”

Greenwade said anyone who has recently been released from prison can contact AAAC to find out ways that they are able to vote.

Hopkinsville DJ Marcus Wilford participated in the march while holding a large speaker on his shoulder, playing music he said was important to show while marching.

“I always try to play a positive role in what I play to make people try to realize that the words that come out in a song is not just words. They’re actually actions.”

Wilford said part of the reason he wanted to participate in the march was due to racial injustice and racial profiling he has felt personally.

“I’m a DJ and I’m always up at club hours, which is night time and going home at night, I’m always getting categorized as I’m up to something,” Wilford said.

“I’m up at night and working. And, I’ve been pulled over a lot for just riding around random at night basically.

“This is why I’m out here today. I’m always categorized as wrong place at the wrong time, but I feel this is the right time to be out showing music in the right way instead of showing it the negative way and get people out here to vote.”