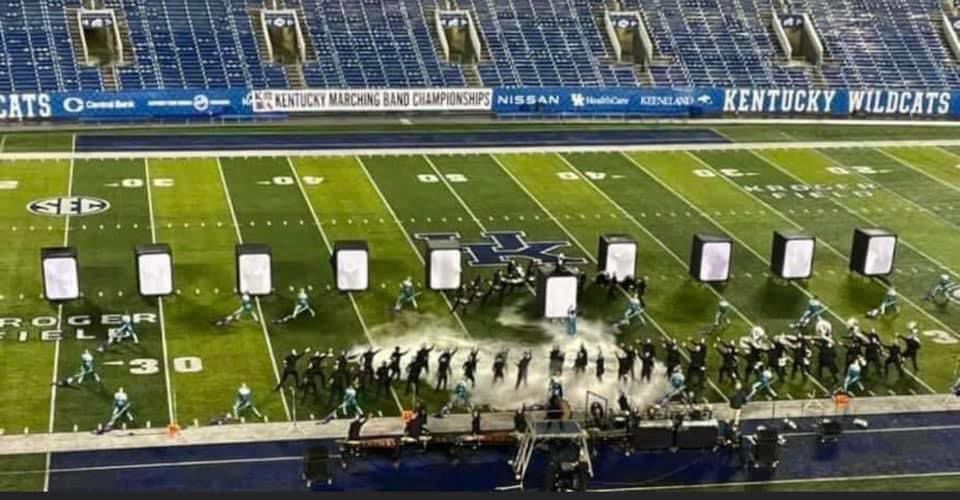 The Christian County High School band performs Saturday night in the finals of the state band competition. The Colonel Band finished fourth overall in Class 4A. 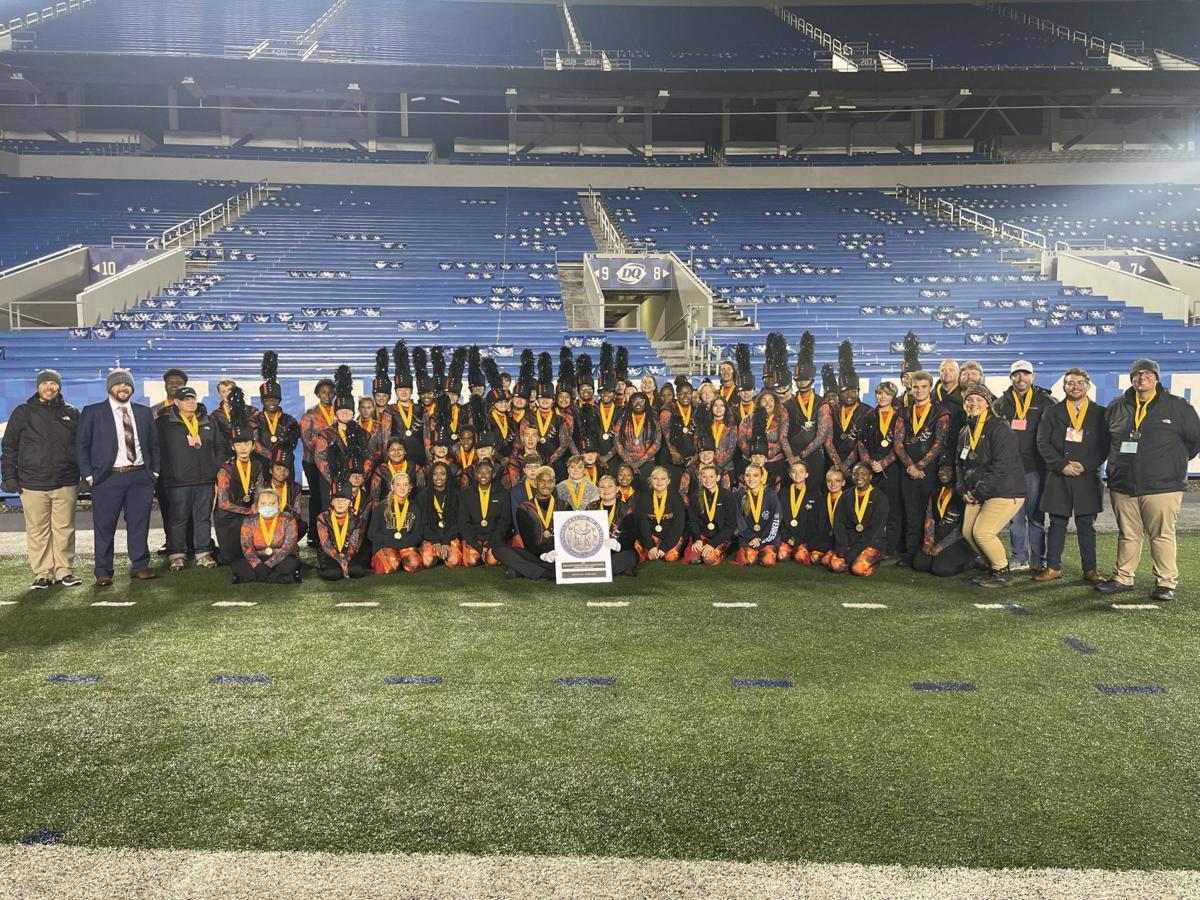 The Hopkinsville High School marching band finished sixth in the state on Saturday night after performing at the University of Kentucky’s Commonwealth Stadium.

The Christian County High School band performs Saturday night in the finals of the state band competition. The Colonel Band finished fourth overall in Class 4A.

The Hopkinsville High School marching band finished sixth in the state on Saturday night after performing at the University of Kentucky’s Commonwealth Stadium.

The Christian County and Hopkinsville high school marching bands made history over the weekend as both squads advanced to the state finals for the first time ever.

“The two bands from the western part of the state that were in the finals were from Christian County Public Schools,” said Hopkinsville High band director Grant Jones. “That is a testament to the resources that CCPS has put into our music programs.”

In order to make the finals, both schools had to finish in the top six bands in the state semifinals, which was held Saturday morning at Bourbon County High School in Paris.

In the semifinals, Christian County finished fourth, while Hopkinsville came in sixth in Class 4A.

“I thought we performed well in the semifinals, but at that point — it’s just up to the judges,” Christian County band director Anthony Darnall said. “I didn’t know for sure that we would make it.”

Daviess County had finished in a tie for first at the regional competition — ahead of Hopkinsville — but came in eighth in the semifinals and missed out on a chance to play in the finals.

Hopkinsville band director Grant Jones said he was very pleased with the way his band performed in the semifinals.

“I was incredibly happy with their semifinal performance,” Jones said. “The students really gave their best performance of the year. I was very, very confident in what the students did.”

The state finals were held Saturday night at the University of Kentucky’s Commonwealth Stadium. And both Christian County and Hopkinsville finished fourth and sixth again, respectively. Anderson County won the state championship.

“Playing at UK is the best thing about making state finals — when they walk onto the field and see the stands full,” Jones said. “Not many kids get to have in high school.”

It was the first time that Christian County had made the state finals in 26 years.

“It’s huge for us,” Darnall said. “That was the goal all year for us. We’ve been trying to get back to where the program was 25 years ago.”

Hoptown had been in the state finals as recently as 2018, which capped off a run of four straight years advancing to the finals.

Jones said he was glad that his team made it back — especially after the COVID-19 pandemic wiped out the band season a year ago.

“It was really evident this year that we hadn’t performed competitively in a while and there was an adjustment getting back to that,” Jones said. “But that made it a little extra special to make it to the state finals after not having a chance to do it last year.”

“It’s a great validation for all the hard work we’ve put in,” Darnall said. “We had a lot of alumni that didn’t get to have a season last year and they came back just to watch us. These kids have had a lot of ups and downs this year and this was a good way for them to end (their band season.)”