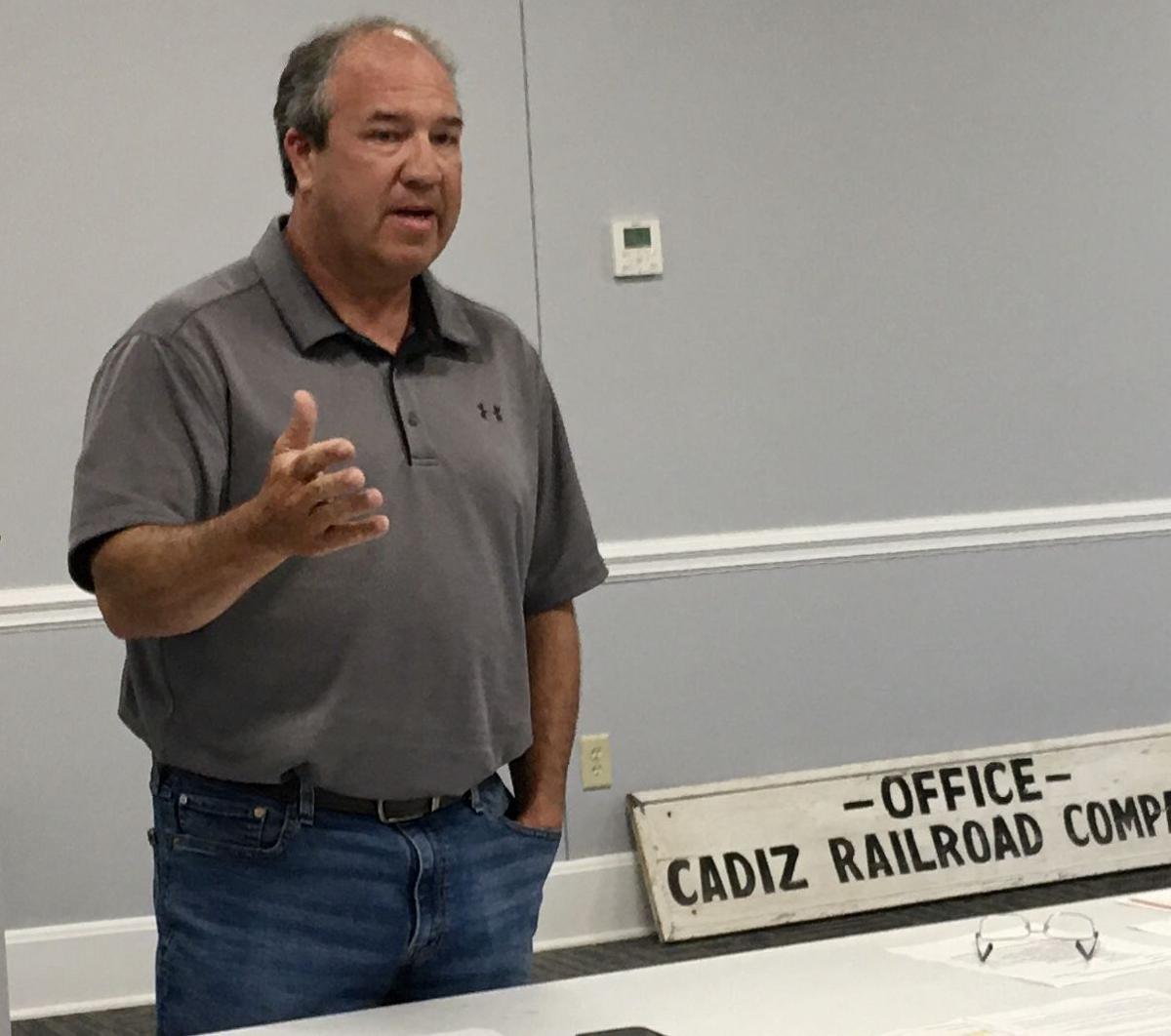 Lyon County Judge-Executive Wade White speaks about budget cuts to LBL during a meeting at the Trigg County Historical Museum.

Lyon County Judge-Executive Wade White speaks about budget cuts to LBL during a meeting at the Trigg County Historical Museum.

If he wanted to destroy Land Between the Lakes, Wade White said he would continue to cut out everything that’s positive in the national recreation area until, all of a sudden, “we all wake up and LBL is no longer what it was supposed to be,” he shared with members of the Trigg County Historical and Preservation Society while attending one of the group’s meetings last week.

The Lyon County judge-executive, along with former Kentucky Parks Commissioner Donnie Holland, was a featured speaker at the May 4th meeting at the Trigg County Historical Museum in Cadiz, where both men talked about recent news that the U.S. Forest Service is not budgeting any funds for LBL in 2022.

He observed that the theme for a meeting with forest service officials was that recreation and heritage had gone from $1.8 million to $77,000 this year and zero dollars in 2022.

White described the meeting as “the muddiest maze,” and he noted that forest service officials didn’t have the right information during the meeting.

“So they’re saying that they’re sending more documents, so we’ll see what happens with that,” the judge-executive said, noting that officials hope they can piece together what is going on once they get the new documents.

White said there’s more to the situation than what forest service officials are trying to say.

He said he wished he had good answers, but he doesn’t right now, the judge noted.

“I’m in the middle of this fight, and I don’t know what’s coming,” White said.

Holland noted that there was a threat of closing down almost everything at LBL a few weeks ago, and he cautioned that “anytime you hear something that’s a little dangerous for LBL, you’ve got to pay close attention to it.”

He cited features that have already been impacted, pointing to the closures of both the Empire Farm and Silo Overlook.

Rushing Creek, the first big campground at LBL, was shut down, he said. TVA bulldozed it away, Holland noted, while the forest service shut down another popular campground.

“It could happen so you have to get fired up and react to it,” he said, recalling recent efforts to keep The Homeplace, an 1850s working farm and living history museum, open.

“Anytime the feds threaten to do something to LBL, it could happen,” he cautioned. “We take it seriously whenever those ‘shut down’ words are used.”

Holland noted that the forest service national budget has remained relatively constant in the past five years, while the budget for LBL has been on a steady decline.

Historical Society President Bob Brame noted that LBL is of interest to the society because it’s part of Trigg County’s history and an important source of revenue for the county.

In other business during the meeting: