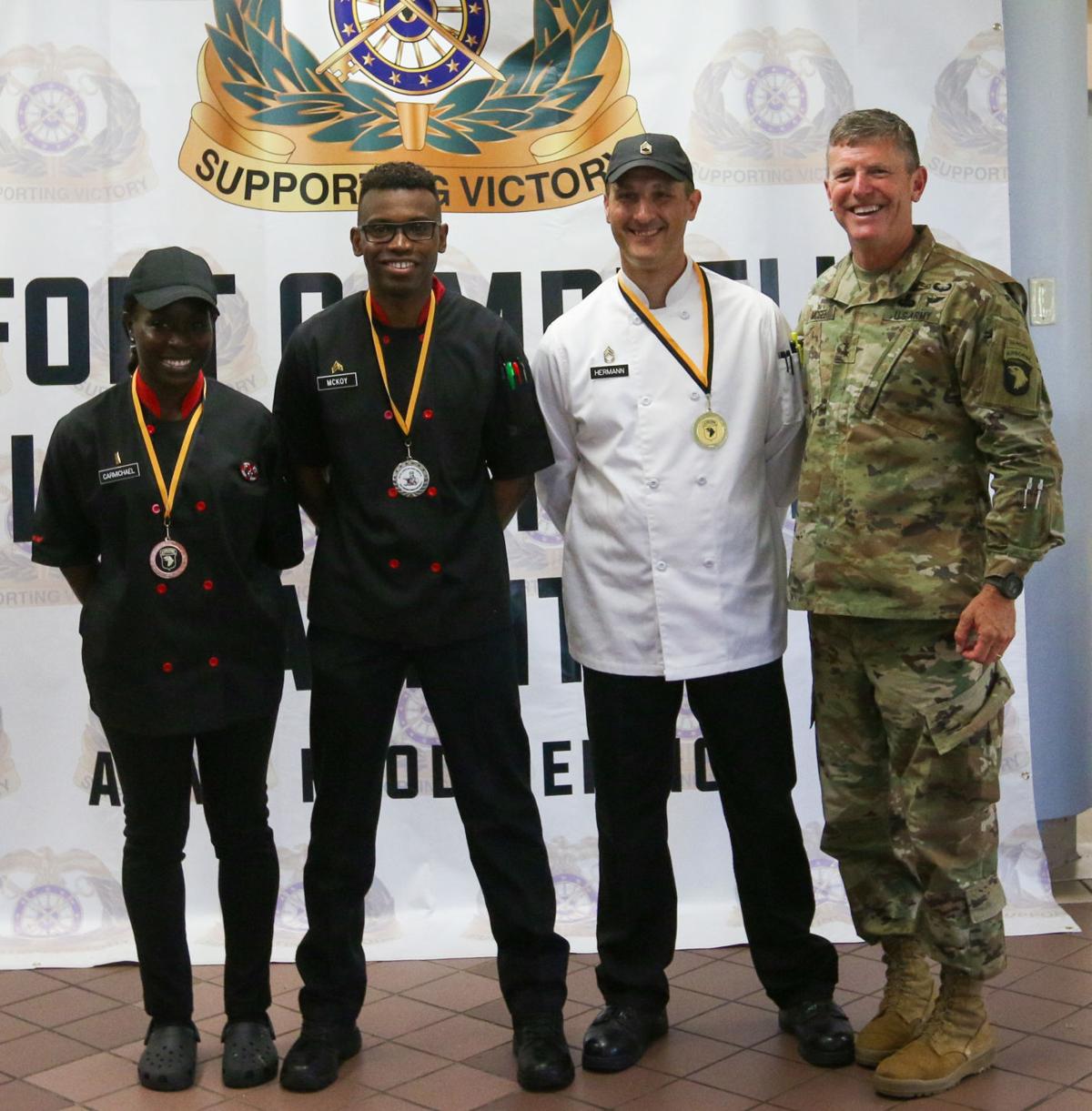 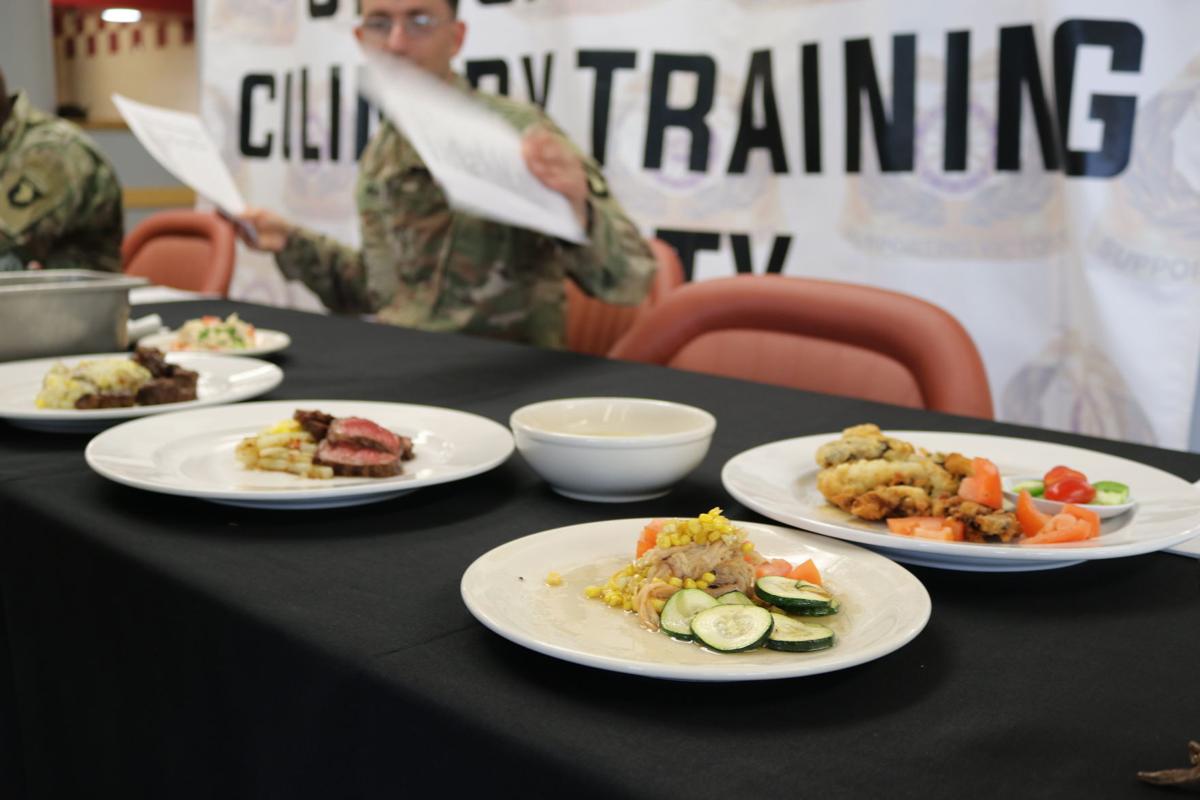 Entrees and appetizers from the final elimination round on Tuesday, June 22, are placed in front of one of the event’s judges, 101st Airborne Division (Air Assault), Senior Food Advisor CW3 Jason Page.

Entrees and appetizers from the final elimination round on Tuesday, June 22, are placed in front of one of the event’s judges, 101st Airborne Division (Air Assault), Senior Food Advisor CW3 Jason Page.

As part of the annual Week of the Eagles, the 101st Airborne Culinary Training Center hosted the third annual Culinary Competition with competitors coming from all across the installation at Fort Campbell on Tuesday, June 22.

Each participating brigade within the 101st sent at least one 92G, one soldier with a different MOS and any third soldier of their choice to compete.

Representatives from each brigade showed up to the two-day event which consisted of elimination rounds and a final round. Competitors were given baskets containing required ingredients and one hour to complete an appetizer and entree.

Baldwin recollected his most memorable dish from the preliminary rounds was Sgt. 1st Class Hermann’s.

“He took a chicken breast and stuffed it with a mixture of canned chicken and dark meat. That was very interesting and very good,” Baldwin said.

The final round tasked the top four contestants to create an appetizer, entree and dessert within an hour.

The appetizer had to include salmon, green tomatoes, seaweed and Hot Cheetos.

A rack of lamb, pearl couscous, wasabi peas and coconut milk had to be included for the entree.

The dessert round made the chefs think outside of the basket and included mixed berries, Twinkies, pistachios and jalapeños.

The dishes are judged on six areas of criteria; creativity, taste, difficulty, presentation, texture and sanitation.

Baldwin explained that an important aspect of being in the culinary arts is sanitation. Soldiers who go to Advanced Individual Training (AIT) as 92G heavily study sanitation in the kitchen.

Sanitation is one of the aspects within the Ft. Campbell kitchens to ensure soldiers are healthy and always prepared for the future enemy.

Baldwin stated that the culinary competition started in 2018 during the week of the eagles.

The competition was inspired by the Food Network show Chopped.

The culinary competition that takes place during the Week of the Eagles is opened to soldiers whose military occupational specialty (MOS) is not 92G, Army culinary specialist.

“A couple of years ago, a non-92G won the competition. That was great to see other culinary art personnel on Ft. Campbell come and display their skills in front of everybody in the Week of the Eagles,” Baldwin said.

The culinary competition follows alongside the other competitions held on base where soldiers from different brigades compete to prove their brigade is the best of the best.

The 101st Airborne Division (Air Assault) and Fort Campbell began the Week of the Eagle celebration in 1974 with active members and veterans coming together to honor the legacy and heritage of the 101st.