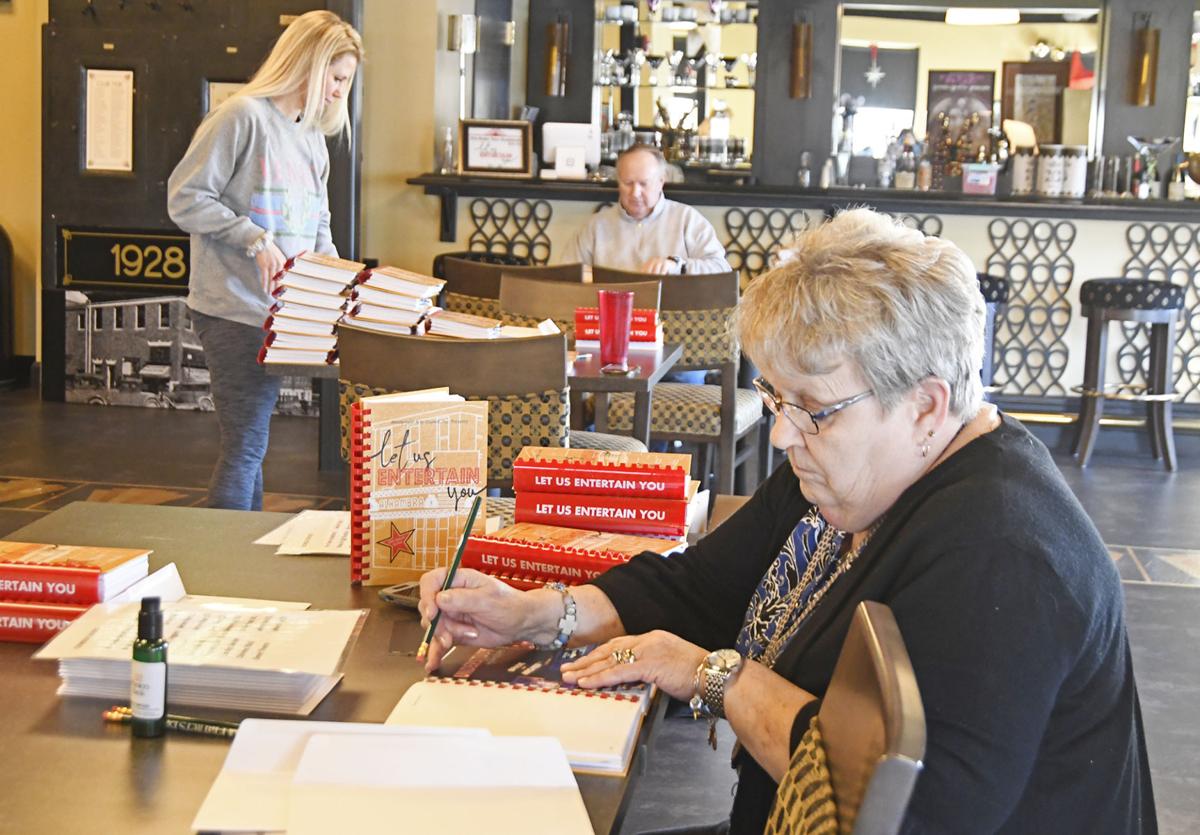 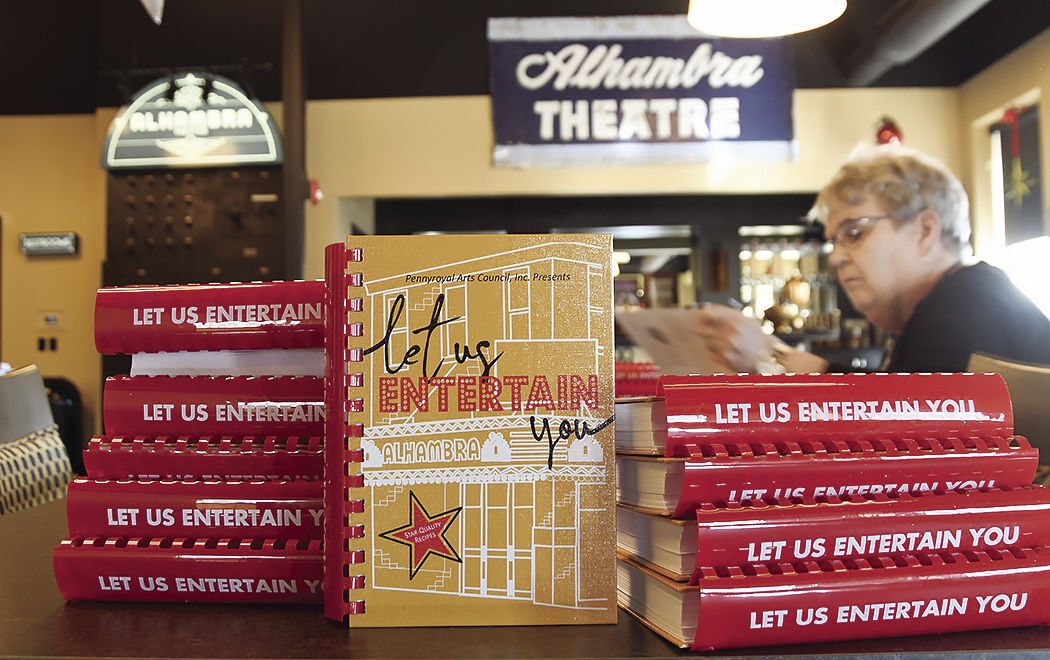 Stacks of “Let Us Entertain You” cookbooks are ready to be sold at the Alhambra Theater in downtown Hopkinsville. Proceeds from cookbook sales will support the arts and cultural activities brought to Christian County by the Pennyroyal Arts Council.

Stacks of “Let Us Entertain You” cookbooks are ready to be sold at the Alhambra Theater in downtown Hopkinsville. Proceeds from cookbook sales will support the arts and cultural activities brought to Christian County by the Pennyroyal Arts Council.

Anyone who is planning a holiday brunch or who likes to try new foods, the Pennyroyal Arts Council’s new cookbook has a variety of recipes to share with families and friends.

“Let Us Entertain You” features more than 630 recipes from Hopkinsville residents, local chefs and entertainers who have graced the Alhambra Theatre stage including the Steel Drivers, Coasters and Drifter, Jive Aces, Steep Canyon Rangers, Ragtime Paragon Orchestra and many more, according to a release.

Recipes include appetizers and cocktails, breakfast and brunch, salads, vegetables and sides, main courses, soups and stews, breads and desserts.

The cookbook serves as a fundraiser for the Alhambra Theater, which has been hit hard by the COVID-19 pandemic cancellations of performances since early March.

Early on in the pandemic, Prim noted that people were staying home and cooking, which sparked an idea to publish a community cookbook.

The council started accepting recipe submissions in July. Residents were encouraged to submit three to five of their favorite recipes.

In keeping with the theme, Prim said the cookbook categories include common theater phrases, with a twist.

“We have Act 1 and Act 2 and Break an Egg for breakfasts and brunches and Standing Ovations for dessert,” she said. “All the recipes are kind of in alphabetical order for that section.”

Prim said she and Julia Sikes coordinated efforts to recreate and edit some of the recipes which were incomplete or unclear.

“Recipes are so generational too,” Prim said. “We really encouraged (the community) to tell some of the (recipes’) stories.”

With this publication, anyone can learn to make champagne punch or Kentucky’s signature Mint Julep.

If a hearty brunch is on today’s menu, cooks may serve creme brulee French toast.

Entrees include a Mississippi roast, a casual sloppy joe or chicken and dressing casserole. For a side dish, prepare roasted sweet potato fries or tomato pudding.

To complete the meal, hosts may serve a margarita cheesecake, caramel pie or brown butter bourbon cookies for dessert.

The book also contains a kids’ section named the Children’s Playhouse, which features recipes from children’s submissions, like a hot pizza dip, chocolate cupcake cones and even magic reindeer food.

For those who like to entertain, themed menus are provided for different occasions, including a derby lunch or a summer shrimp boil.

Prim said the cookbook also tells the Alhambra story through the years and the mission of the theater.

A “Let Us Entertain You” cookbook open house party will be held from 5 until 7 p.m. Monday at the Alhambra for the community to buy copies and sample recipes provided by The Mixer.

A pop-up shop is open each Tuesday through Thursday at the theater and several local retailers will have the book in stock to sell. For more information, visit the council website or call 270-887-4295.

“We want to try to make it easy for people to buy,” Prim said.

Proceeds from the sale of the cookbook will be used to support the arts and cultural activities brought to Christian County by the Pennyroyal Arts Council.