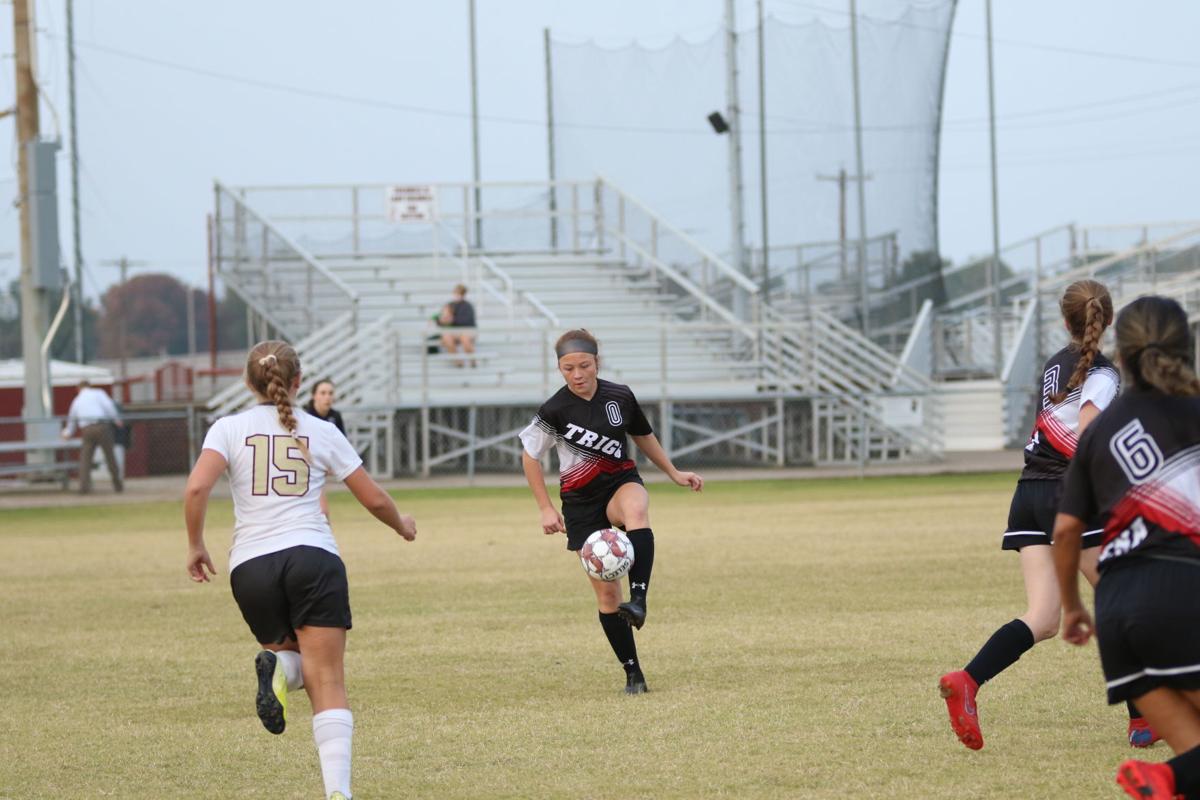 Trigg County’s Olivia Noffsinger settles the ball in the Lady Wildcats’ win over Webster County in the Second Region Tournament. 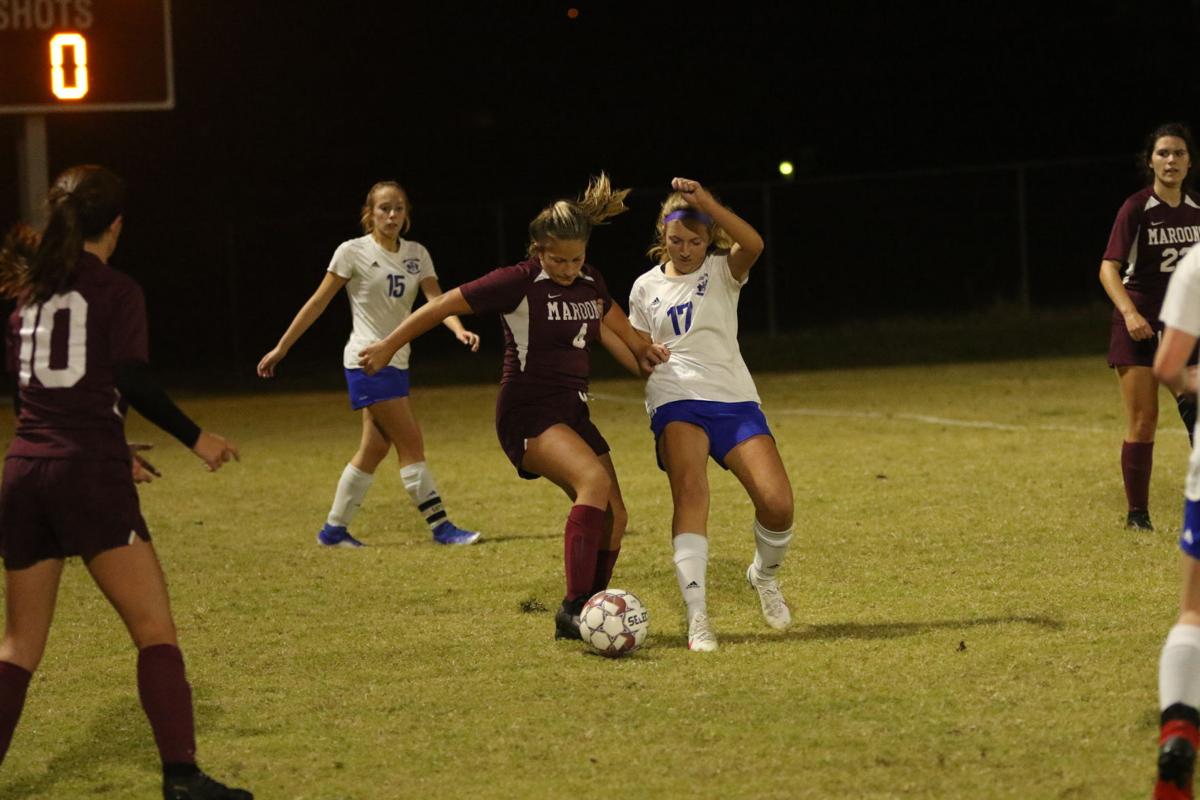 Christian County’s Megan Lacy fights for the ball in the Lady Colonels’ loss to Madisonville-North Hopkins in the Second Region Tournament.

Trigg County’s Olivia Noffsinger settles the ball in the Lady Wildcats’ win over Webster County in the Second Region Tournament.

Christian County’s Megan Lacy fights for the ball in the Lady Colonels’ loss to Madisonville-North Hopkins in the Second Region Tournament.

The Christian County Lady Colonels and Trigg County Lady Wildcats were in action on Tuesday night in Henderson, playing for a trip to the Second Region semifinals.

Lady Wildcats survive, win 4-3 in penaltiesTrigg County may have dominated the game, but it all came down to kicking a ball from a dot in the box.

Neither the Lady WIldcats or Webster County Lady Trojans could muster a goal through 90 minutes of action and it all came down to penalty kicks, where Trigg County won 4-3 to survive and advance to the semifinals of the Second Region Tournament.

“I am incredibly proud of our girls,” Trigg County coach Hailey Joiner said. “We are just blessed to even be here right now. We shot through the PKs, we actually practiced those last week in practice in case it got to this. I am proud of them, I am proud of our goalies and I’m proud of this whole team to even hold them back to get to this opportunity.”

Trigg owned the opportunities throughout regulation, but despite having the chances, the shots wouldn’t fall.

But the Lady Wildcats made the shots when they mattered and will live to see another day, playing on Wednesday night in the Second Region semifinals.

“Going into tomorrow, we’ve got some momentum and we hope to keep it up,” she said. “We have eight seniors leaving so we’ve got quite a few coming up. I think it’s good for them to be able to see this and see what this feels like and hopefully we can be back next year.”

For the Lady Colonels, it was just about being there.

Not many expected Hannah Ambrose to lead this team to the Second Region Tournament, but she did as County fell 8-0 to Madisonville-North Hopkins in the quarterfinals.

Ambrose said she felt like her team didn’t expect to compete which is why the result came out the way it did.

“Well I think they kind of came into this game not expecting more than this and they started off just like that,” Ambrose said. “As a whole, I think they’re pretty excited with where we are. I think we can go farther next year.”

Abi Center, Raelynn Blanford and Kennedy Justice each scored three goals for the Lady Maroons in the win.

Emma Peyton and Kylee Coyle tallied the other two for Madisonville.

The Lady Maroons led 6-0 at the break and after about 20 minutes into the second half began subbing out their starters ahead of the Second Region semifinal against Trigg County.

The young Lady Colonels return a young core in 2021 that has Ambrose excited for the future.

“I’m excited that we have a lot of girls returning — a lot of young talent,” Ambrose said. “A lot of players coming back just started this year and have developed a lot in the couple months that we had them.”

She added that a full offseason with her team will play a big role next year.

“Our fitness struggled incredibly this year and I think it reflects from the offseason,” she said. “They don’t have initiative to go out and do it on their own so they really need that offseason.”