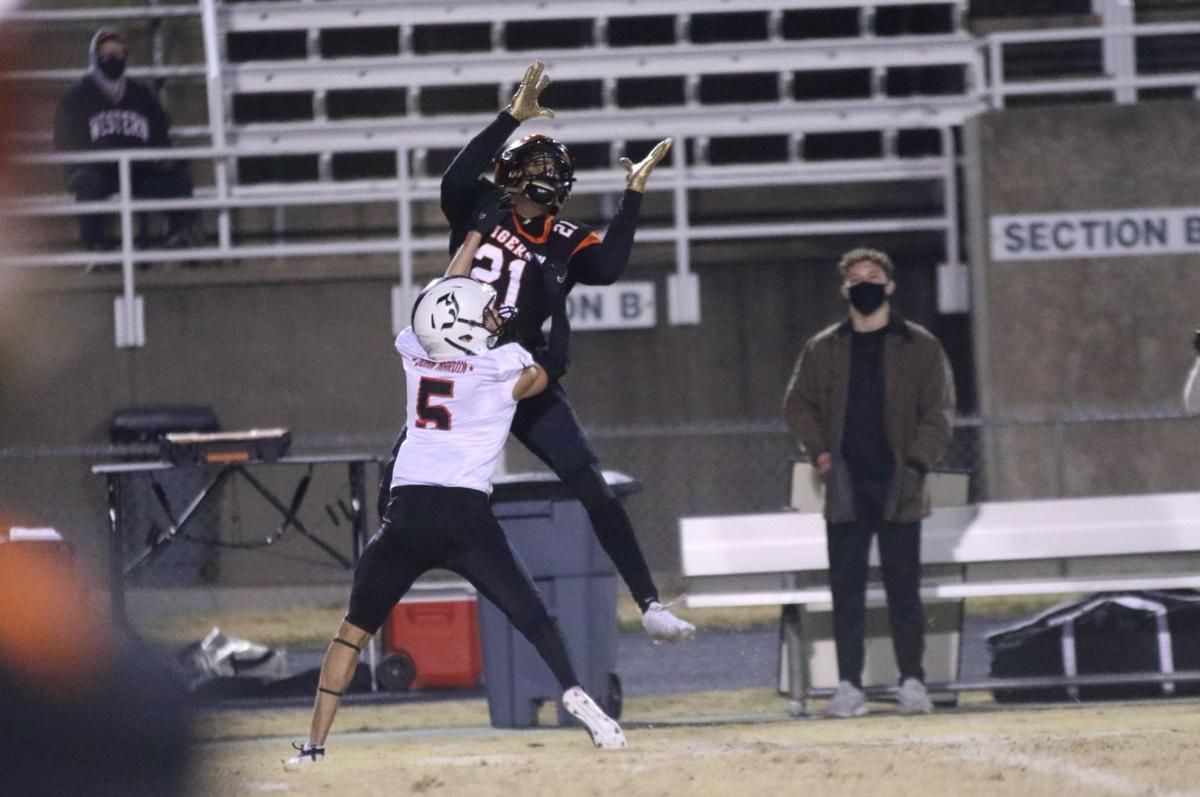 Hopkinsville receiver Reece Jesse jumps up to catch a pass in the Tigers’ win over John Hardin. 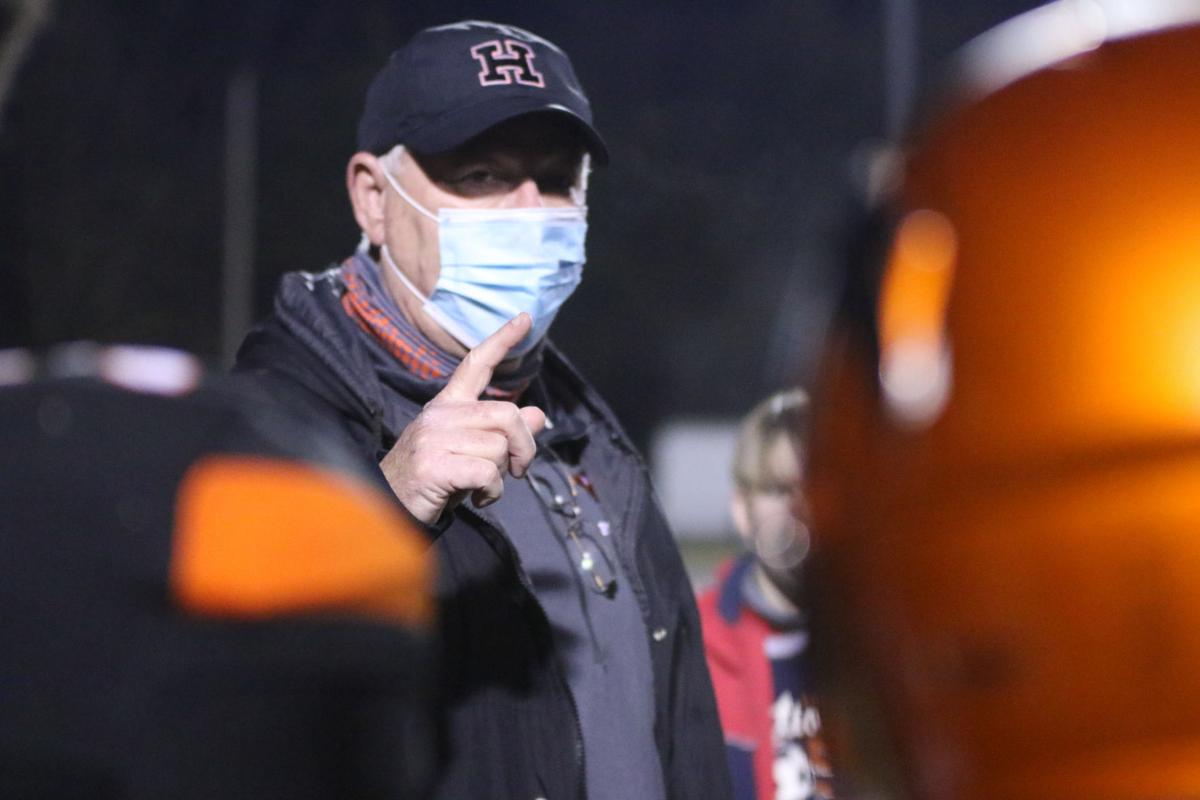 Hopkinsville receiver Reece Jesse jumps up to catch a pass in the Tigers’ win over John Hardin.

Following a 60-yard punt from the John Hardin Bulldogs, the Hopkinsville Tigers — up 14-10 midway through the fourth quarter — were in dangerous territory.

At their own one-yard line, the Tigers had struggled to run the ball all game and could have potentially handed the ball back to John Hardin with a chance to win it.

Instead, they put the game away.

The Tigers marched down the field and ran out the clock in what was the final drive of the game, defeating the Bulldogs 14-10 and advancing to their first state semifinal game since 2004.

Hopkinsville head coach said that drive was big not only in the game, but for the program as a whole.

“Fantastic drive from the one-yard line to where we ended up,” Clayton said of the final drive that ran out the clock. “To me, that’ll be a turning point in our program because that’s what you have to do to win those games.”

The Tigers relied on their defense all night against a Doug Preston-coached John Hardin team.

Clayton said prior to the game he wouldn’t be surprised if his team was down after the first quarter because of how the winged-t is run and getting adjusted, but the Tigers’ defense came out and stalled the Bulldogs from the get-go.

“I thought we did a great job,” he said. “They have a couple of guys with great speed and the quarterback’s fast. They’re a good football team.

“Defensively I was proud of our kids. I thought our front played exceptionally well. Their fullback didn’t get much at all and that was who I was worried about.”

Hoptown’s defense held John Hardin without a first down until about midway through the second quarter, which allowed the offense to give the Tigers the lead.

However, the Bulldogs got on the board before halftime and the game was tied heading into the locker room.

Clayton said John Hardin’s defense caused some problems for his team offensively in the win.

“They really did some different stuff defensively and threw us off,” Clayton said. “I think we were a little tight, a little nervous. John Hardin hadn’t been here in a while either but we knew they were going to be tough and be physical. We really just had to hunt and peck offensively.

“We just couldn’t run the ball at all,” he said. “But we threw it around and made enough big plays to get it going. We should’ve scored a couple more times in the first half, we just didn’t finish. But I thought in the second half we played pretty well.”

In the Second half, the defense continued to play at a high level, and the offense just needed that push.

A third-quarter touchdown from Jay’Den Dillard was enough for Hoptown and their defense.

The Tigers’ offense has been like riding a roller coaster all year.

On Friday night, they threw it up to number 21 and let him make the plays.

Senior receiver Reece Jesse had arguably his best game of the year, catching six passes for 121 yards and a touchdown, claiming the remainder of the Tigers’ receiving records to date.

Jesse said after his first grab, he knew Friday night was going to be special.

“Right after the first catch, I knew I was going to have a good day,” he said. “First catch was a deep ball and right over the defender.”

Jesse was confident throughout the game.

“I knew they weren’t going to be able to guard me,” Jesse said. “Just go out there and have fun. Just do what I’m able to do.”

Clayton said he feels the Reece Jesse of old has returned and hope he’s here to stay.

“I had a talk with Reece a couple of weeks ago and the last two weeks, he’s played like the old Reece,” Clayton said. “If he plates like the old Reece, I know we’ve got a chance. I think he may have lost a little confidence for a while. I don’t know what happened, but he’s back.”

Jesse said he’s happy to see the state semifinals for the first time in his high school career.

“It really means a lot,” Jesse said. “The closest we had made it was my freshman year when we made it to the third round and lost. To come in and get the win, it meant a lot to me.”

The Tigers will face either Johnson Central or Boyle County next week in the state semifinals on the road.