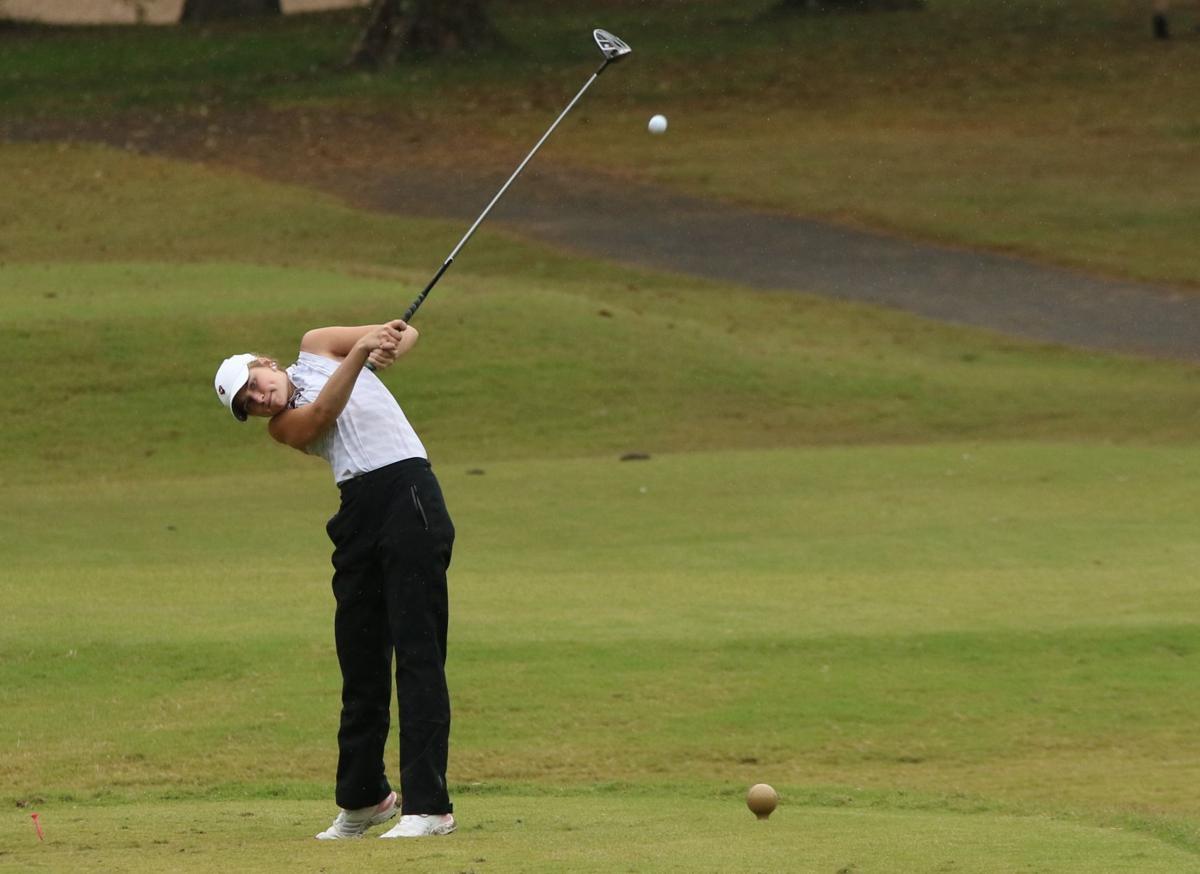 Hopkinsville's Cate Blane follows through her drive on the No. 9 hole at Bowling Green Country Club on Saturday afternoon. 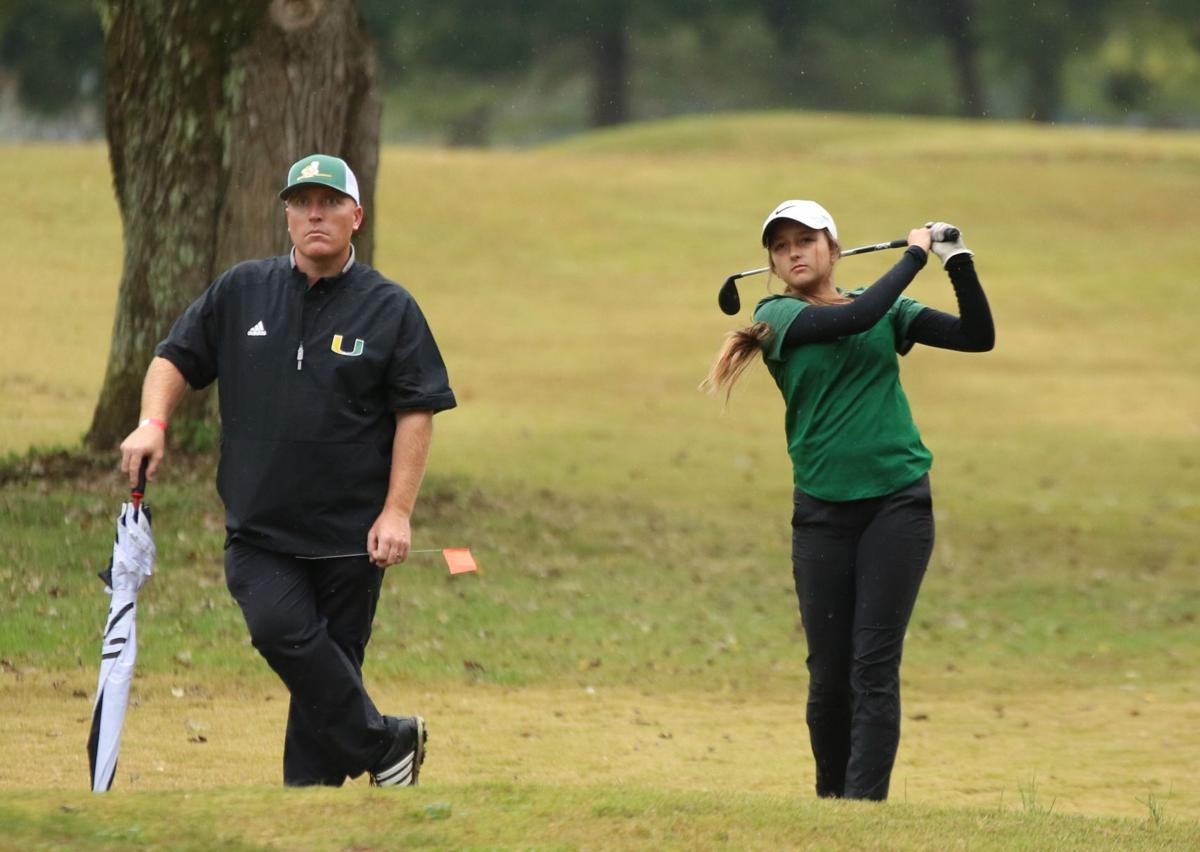 Above: UHA’s Rheagan Lindsey and Blazers coach Brandon Grace watch as Lindsey hits an approach shot. Left: Hopkinsville’s Cate Blane follows through her drive on the No. 9 hole at Bowling Green Country Club on Saturday.

Hopkinsville's Cate Blane follows through her drive on the No. 9 hole at Bowling Green Country Club on Saturday afternoon.

Above: UHA’s Rheagan Lindsey and Blazers coach Brandon Grace watch as Lindsey hits an approach shot. Left: Hopkinsville’s Cate Blane follows through her drive on the No. 9 hole at Bowling Green Country Club on Saturday.

BOWLING GREEN — Hopkinsville’s Cate Blane and University Heights Academy’s Rheagan Lindsey got in one more tournament in 2020 last week and the pair went to Bowling Green to play in the KHSAA State Golf Tournament.

Both Blane and Lindsey fired low enough rounds to make the cut and see the second day of action as well. Hopkinsville’s Anna Fort shot a 91 on day one and just missed the cut.

It almost wasn’t a two-day trip for Blane. After she shot a 9-over 45 on her first nine on day one, the eighth-grader strung together a 4-over 40 to finish with an 85 and make the cut but a couple of strokes.

“I really think I was more consistent,” Blane said. “I think just after the back nine I was all flustered, I knew I had to play better to make the cut.”

Lindsey had a solid first day and was fairly safe after she stepped off the course on day one. Making the cut was huge for her after not even qualifying for the state tournament a year ago.

“That was really exciting considering I didn’t even make it last year,” Lindsey said. “I was really happy to be able to make the cut and that just gives me confidence going into next year.”

On day two, Lindsey and Blane both had struggled at points in the round.

“I just couldn’t get my round going,” Lindsey said. “I started making a couple of pars after the turn but I was mainly consistent scoring bogeys and that really hurt my round.”

Blane said she felt she struck the ball better, but it was near and on the greens that really pushed her score higher.

Lindsey has two more years left in her high school golf career and hopes she can continue to improve.

“Hopefully in the next two years, I’ll be up there close to the top and maybe top five hopefully,” Lindsey said.

She noted the areas in her game she was wanting to get better at over the summer and into the 2021 season.

“Definitely going to be putting in work during the offseason with my putting and my chipping,” Lindsey said.

“Short game is where I’m struggling right now. I don’t drive it as far as the other girls so I have to make it up with my chipping and putting.”

With four years remaining in her high school career, Blane is hoping to be competing for a state championship soon.

“It meant a lot knowing I was capable of doing that,” Blane said. “So hopefully in the future, I’ll be higher up on the leaderboard.”