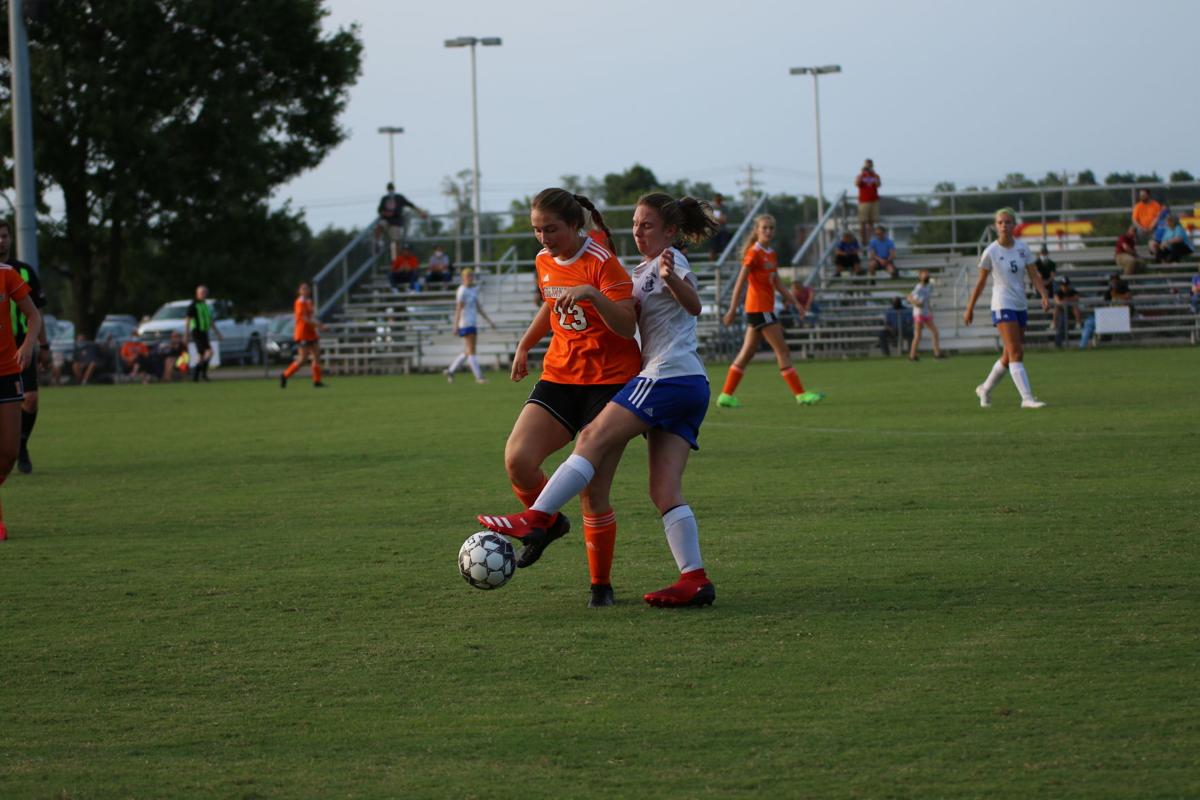 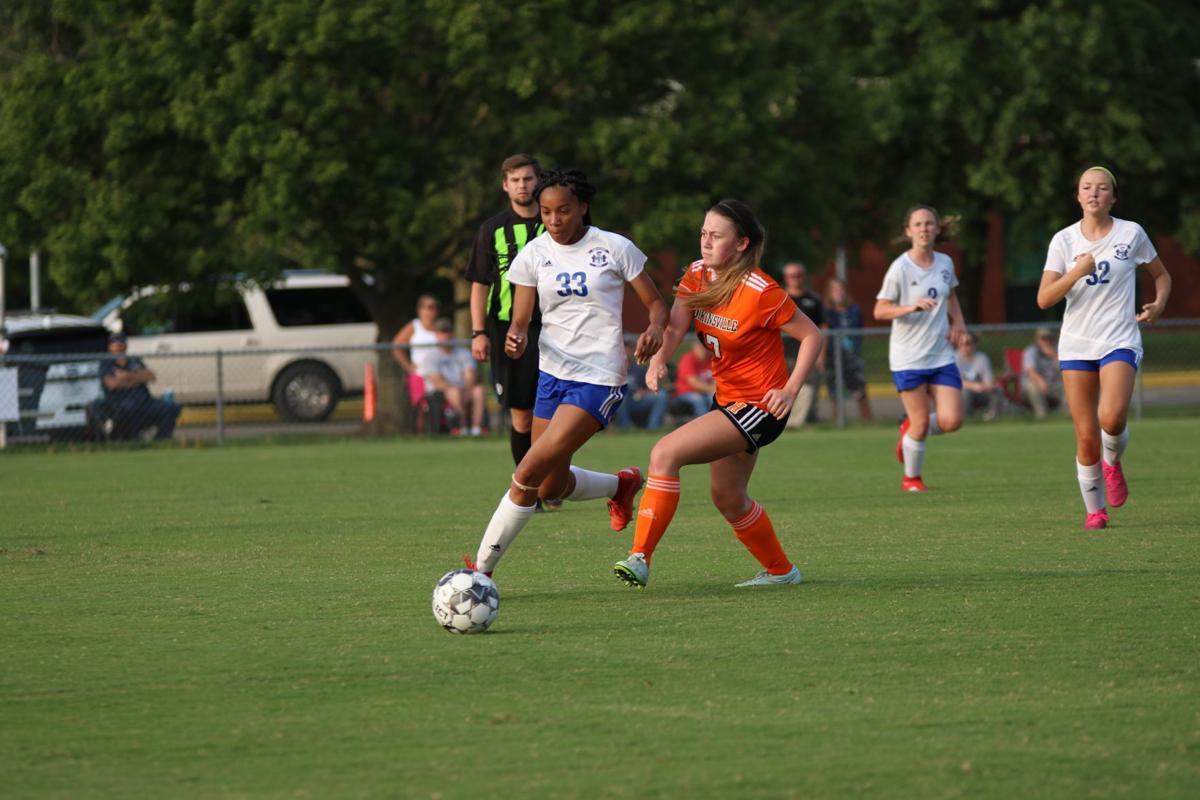 Christian County’s Autumn Bell runs with the ball at her feet during the Lady Colonels’ loss to Hopkinsville.

Christian County’s Autumn Bell runs with the ball at her feet during the Lady Colonels’ loss to Hopkinsville.

When the Hopkinsville Lady Tigers needed a goal Tuesday night, Abby Moss stepped up and delivered.

Moss scored her ninth goal of the season and that goal proved to be the game-winning goal as the Lady Tigers defeated Christian County 1-0 at the Stadium of Champions.

The Lady Colonels controlled most of the match, but one good pass from Makayla Marshall over the County defense to Moss was enough as the junior put the ball in the back of the net.

Hoptown coach Jeff Addison said his team was slightly fatigued coming into the match and opened the game a little slow.

“I think we were a little bit tired and I guess tentative to start,” Addison said. “Being tired and tentative is never a good combination. We kind of pressed and forced the situation instead of letting it come to us. We didn’t really win any balls in the first half in the midfield. If you don’t do that, you’re setting yourself up for failure.”

That allowed the Lady Colonels to command the attack. Despite having control, the match was tied 0-0 going into the half.

Moss scored just nine minutes into the second half, and Hoptown held on for dear life and staved off the Lady Colonels for over 30 minutes.

Addison said he told his girls they needed to bring it in the second half if they wanted to win the game and they delivered.

“I said if we wanted to win, we were going to need to pick it up,” he said. “I’m glad we finally got a positive ball to Abby that she could handle and she could finish. ... I kind of just got after them a little bit and challenged them.”

Addison said Moss has improved a lot in the offseason and her being set in the front of the Lady Tigers formation from the start is a big part of it.

“Last year, she was a defensive mid playing forward and this year, she’s playing forward,” Addison said of Moss. “She’s a forward, she knew she was playing forward coming in. She kind of knew what to expect. ... She just has a mentality of, ‘this is a game, this is a competition and I’m the best competitor on the field. I want to be that every time.’ I’m really happy with her. Really proud of her.”

For the Lady Colonels and head coach Hannah Ambrose, the chances were there, but they just didn’t go in.

“We were right there,” Ambrose said. “We had a few shots that we just could not get in — their keeper was amazing and had some great saves. I think that one goal was all we needed to stop playing so scared and really push.”

Ambrose said moving forward, she wants to work on her team’s offense, but likes where they are defensively.

“We really need to work on connecting our passes,” Ambrose said. “We’ve been focusing so much on our defense that working on our offense and getting those balls in the goal — that’s our end game.”

Hoptown will return to action at 4 p.m. Saturday against Warren Central and County will face Owensboro Catholic at 6 p.m. Thursday.