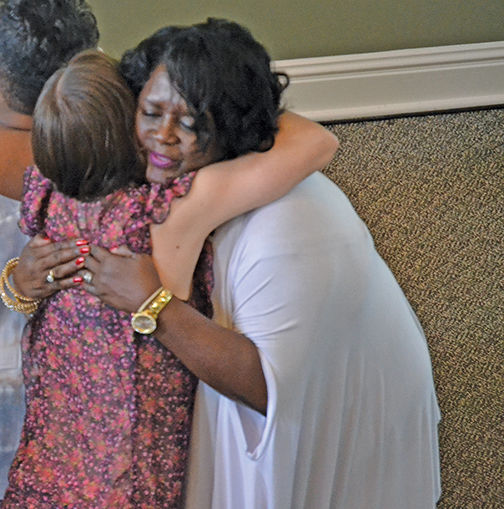 Sha Jackson hugs a young woman at the seventh annual Single Mommies Matter luncheon in April. Jackson started the organization in 2010 to recognize and pamper single mothers. Although she is married, Jackson went through a separation from her husband when she dealt with a drug addiction. She has now been sober for 30 years. 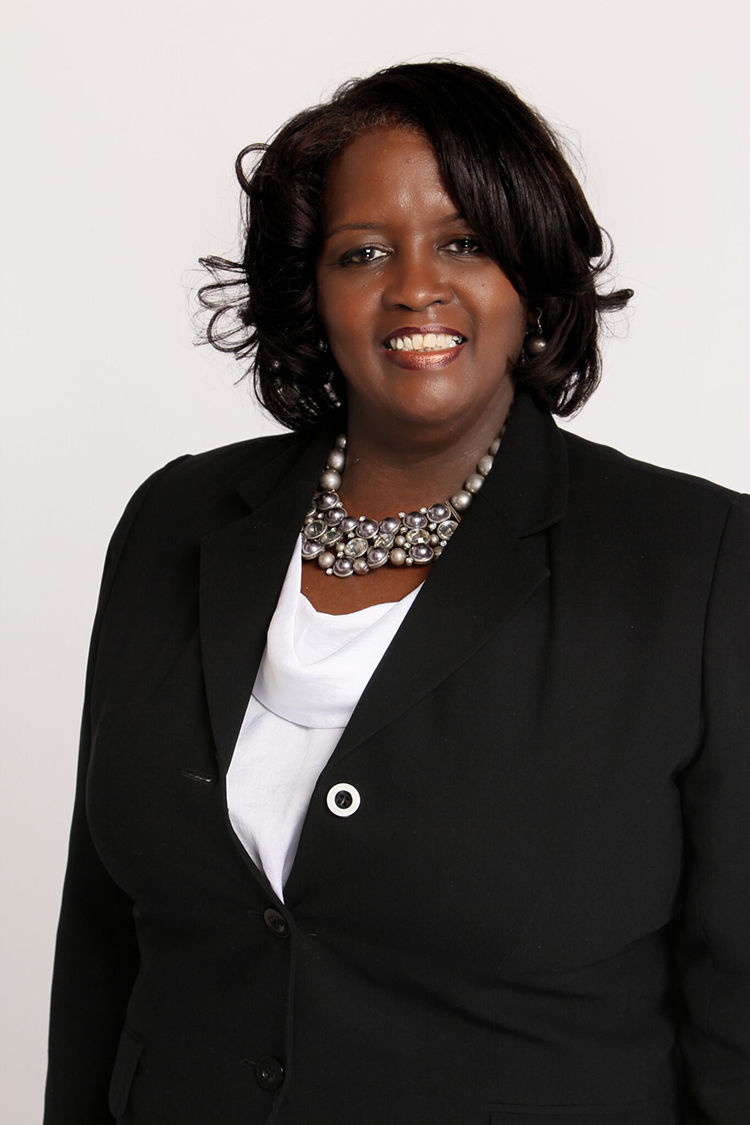 Sha Jackson hugs a young woman at the seventh annual Single Mommies Matter luncheon in April. Jackson started the organization in 2010 to recognize and pamper single mothers. Although she is married, Jackson went through a separation from her husband when she dealt with a drug addiction. She has now been sober for 30 years.

“I often hear people say ‘whenever you’re delivered from something or come off of something, you’re always tempted,’ but I say ‘I beg to differ.’ I stand on the scripture John 8:36: ‘Whom the Son sets free is free indeed.’”

Sha Jackson, 58, is celebrating 30 years of sobriety from drugs and alcohol, and, although she is a strong woman in her own right, she doesn’t take the credit for staying clean. She attributes it all to her relationship with God.

“I know what it is to struggle with temptation and to withdraw from temptation,” she said. “I did that for 10 years, so I know what it’s like, but I can honestly say in 30 years, I’ve never had to go through that — that’s nothing but God.”

Before moving to Kentucky in 1987, Jackson was living in Los Angeles and addicted to cocaine. Her method was freebasing, a technique that melts the highly addictive drug until its vapors can be inhaled through a pipe. According to AmericanAddictionCenters.org, a freebase high is almost instantly euphoric but also quickly devastating.

“(Cocaine) came out in the ’80s and just took the world by storm,” Jackson said. “I know in LA it just wiped out a lot of people” — and she was almost one of them.

Growing up, Jackson was the average “church girl.” She never tried drugs, didn’t believe in sex before marriage and wasn’t into the party scene. She simply wanted to get married, have a family and live happily ever after.

“I pretty much had a vision of what my life was going to be,” she said.

But life happened. Jackson was molested at an early age, got pregnant and experienced an abortion. She later got married and had her second child, but then her husband left.

“That was traumatic for me,” she said, “so by me not successfully dealing with it, I think that was the beginning of my spiritual demise. … I went against everything I knew.”

Jackson slipped into a life of clubbing, meeting people, drinking and smoking, and before she knew it, her reality had changed.

“When you first start out, you’re in the limousines and the Cadillacs and the penthouse, and then you look around, and now you’re down on Skid Row with nothing.

“I lost several bank accounts, my car, my furniture, clothes, memorabilia, everything I had from high school,” she continued. “I lost my dignity, my respect, my self-esteem. I lost everything but my life.”

For that reason, Jackson feels an obligation to share her story. In 2012, she penned a book called “Booty Call,” which chronicles the 10 years she dealt with addiction.

Since writing the book, Jackson has had women call her in confidence to share their own struggles or come up to her in public and talk about their own breakthrough. Jackson believes by being honest in her book, other women have found spiritually healing from past pain.

“My reason and purpose in life is to lead people to the (Lord),” she said. “I used to chase the cocaine rock, but now I chase the rock that’s higher than us all.”

Jackson, a member of Holiness Church of Deliverance, is at that point in life where all she wants to do is help others kick addiction and live their best lives. For just as long as she’s been sober, Jackson has worked with a ministry that visits women in prison and she often shares her story with them. She believes the best substance-abuse therapy comes from people who have lived it, broken through it and are able to tell about it on the other side.

“We as people want to hide our wounds, but I know God didn’t deliver me for me to not tell my story,” she said. “God wants us to be free, and when we get free, we can help someone else out.”

Seven years ago, Jackson started her own nonprofit called Single Mommies Matter, and in April at the annual luncheon she hosts free of charge for single moms, Jackson announced the first board members. With a team to help out now, Jackson plans to incorporate more events for single mothers and their children throughout the year.

Jackson said her breakthrough from drugs came almost instantly when she visited Kentucky to see her estranged husband in 1987. During that time, Jackson spent time rebuilding her relationship with God and her spouse. The couple recently celebrated their 40th anniversary.

When asked if rekindling her marriage was her saving grace, Jackson said “no” because her healing goes even deeper than that.

“Just when everybody gave up on me and just when it looked like it was over, God said, ‘Now, I’m going to pick her up, turn her around and dust her off,’” she said. “So, can’t nobody get the glory but God.

“I thank God for setting me free 30 years ago — (I) never want to go back, (I) never had to struggle not to go back and (I) never desire to go back even when I’m going through a hard and difficult time,” she said. “It’s like I can’t go back to it because it’s as if it was never there.”