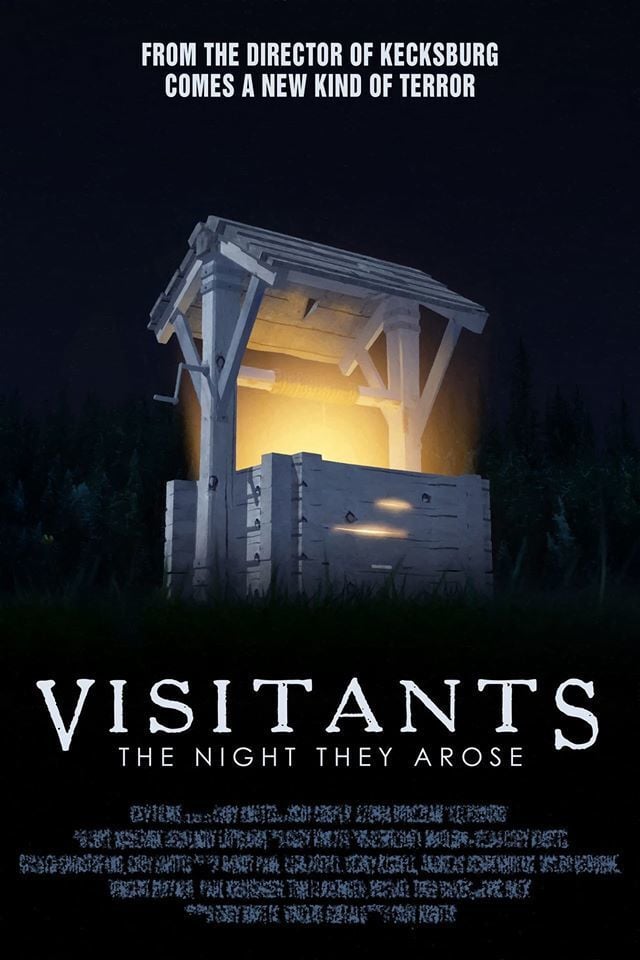 A full-length feature movie about the 1955 Kelly UFO incident will be filmed next summer in Hopkinsville, Christian County and surrounding communities in Kentucky. Casting calls are planned for “The Visitants” this August in Hopkinsville. 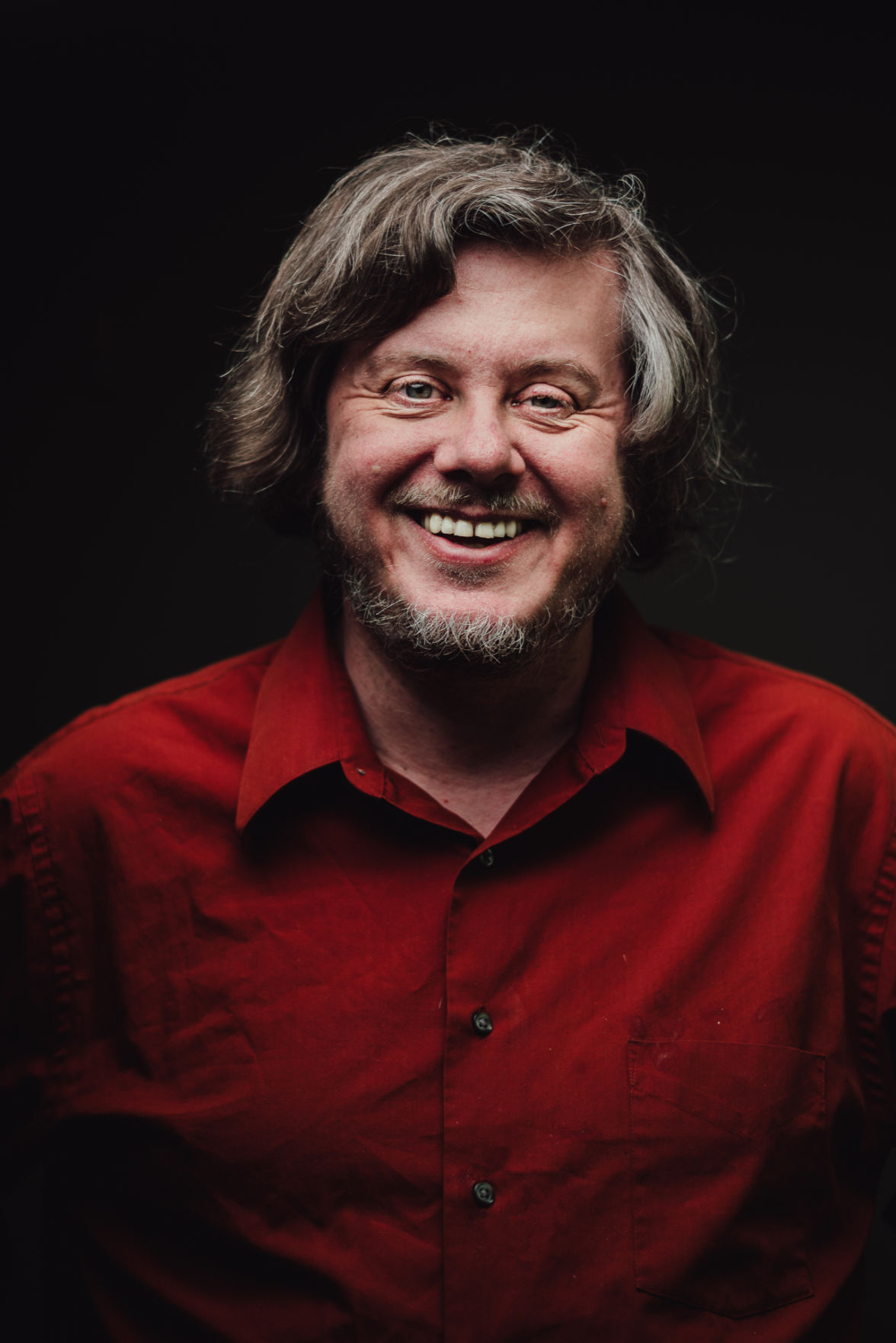 C&V Films seeks actors, production crews and extras for a movie they are developing based on the famed 1955 UFO incident in Kelly, Kentucky.

The working title of the full-length feature film is “The Visitants,” which means alien or supernatural being.

Primary filming for the movie is slated for 2021 in Hopkinsville, Christian County and surrounding counties, according to director and executive producer Cody Knotts.

“The story is really compelling,” Knotts said in a recent phone interview from his West Point, N.Y. home.

The legendary sighting occurred Aug. 21, 1955, about eight miles north of Hopkinsville at a small farmhouse on the Old Madisonville Road.

Elmer “Lucky” Sutton and several family members told authorities that a spaceship carrying a dozen little creatures landed near the house. Feeling threatened, the residents engaged in a gun battle with the “little green men” for several hours.

The creatures were described as 3-feet tall and silver with a greenish silver glow. They had long arms and talon-like hands.

The idea for “The Visitants” evolved out of Knotts’ master thesis showing that films could be catalysts for tourism.

“Film drives tourism,” Knotts said. “Why can’t we find urban legends across the country, make films about them and create a location that people can come to. The film is like a big ad for tourism.”

Knotts noted that at least six major feature-length films were inspired by the Kelly event, including “ET: The Extra-Terrestrial,” “Close Encounters of the Third Kind,” “Signs,” “Gremlins,” “Critters” and “Poltergeist.”

Some of the most traveled locations in the United States are because of feature films, Knotts said, including Amityville, New York and Burkittsville, Maryland, settings for the movies “Amityville Horror” and “The Blair Witch Project,” respectively. The film “The Way” by actor/director Emilio Estevez has doubled tourism on the El Camino de Santiago, bringing in an additional 100,000 visitors to Spain over the past decade, he said.

As part of the movie set, C&V Films plans to build a replica of the actual farmhouse where the reported alien encounter took place in hopes that it will become a local tourist attraction to create a permanent benefit for the Christian County community.

“It’s not just about the film, it’s about developing the location as a tourist attraction,” Knotts said.

The director first heard about the Kelly incident when he started researching urban legends. He reached out to author Geraldine Sutton Stith, daughter of Lucky Sutton, who assigned rights to C&V Films for the development of the movie.

Stith has published at least two books on her family’s experiences on Aug. 21, 1955 — “Alien Legacy,” which details what her father told her about that fateful night, and a sequel “Kelly Green Men: Alien Legacy Revisited.”

Knotts said he wrote the script for “The Visitants” just before the COVID-19 quarantine while he was in Los Angeles.

“There were some things we took from (Stith’s) book, but we wanted to have a unique take on it,” he said. “There was the issue of aliens who they thought may be demons. We decided to go with demons vs. aliens. In Geraldine’s book, the family thought they could be one or the other.”

Knotts said the new direction of the script gives a different perspective of the Kelly encounter.

“Because no one died, we had to figure out ways to raise the tension,” he said. “Horror films require that type of tension. The stakes have to be there, so we had to place those elements in the story. I’m really excited with what we ended up with. It is unique. It is a unique film.”

Knotts compared it to one of his favorite movies, “The Wicker Man.” He said he was also inspired by “LA Confidential” and “Evil Dead 2.”

“It’s about emotional truth,” he said. “You have to make a film entertaining and you have to make it exciting. This is happening to (this family). They are going to go through a horrific time and a memorable time.”

The majority of the central cast has been hired for the movie, including the role of matriarch Glennie Lankford, which will be played by Hopkinsville resident Rachel McCubbin. Knotts said McCubbin applied for the role on Actors Access, a major casting website online.

“We chose her because of two factors. One her headshot captured our attention. It was a strong powerful look for the character of Glennie,” Knotts wrote in an email. “Secondly, she was local, which appealed to us. We loved the idea of someone local in one of the main roles. I wanted someone with inner strength and her picture, the way she holds herself is powerful. Glennie must be powerful on screen.”

Lucky Sutton will be played by South African actor Scot Cooper, who is based in Hollywood.

“He is a lot like in looks and acts like Jon Hamm (“Mad Men”),” Knotts said. “(A) very laid back, charismatic, leading man.”

Other key roles are listed on the film’s IMDb website.

Knotts noted that although there were originally eight people in the farmhouse, only seven will be portrayed in the movie.

“There is a lot of Christian allegory put into the film, so that’s why there’s seven — for the seven deadly sins,” he said.

“We have a Christian element and I want that idea of redemption. I didn’t want these people to be perfect. I wanted them to be flawed. Humans are flawed. Humans need forgiveness.”

Knotts will be in Hopkinsville Monday through Thursday of next week to scout filming locations. To arrange a time talk to the director, email him at grandconspiracyfilms@gmail.com.

C&V Films will be conducting casting this summer from 11 a.m. to 5 p.m. Aug. 22 and 23 at an outdoor Hopkinsville location yet to be announced. Times will be set up with actors who email grandconspiracyfilms@gmail.com. A couple of the principal roles and dozens of featured and background extras will be cast.

“We will also be meeting with people regarding being part of the film crew,” Knotts added. “People with experience with electrical work, grip work and general film or stage experience encouraged to apply for crew at grandconspiracyfilms@gmail.com.”

Knotts said about six and a half weeks of filming is planned for July and August 2021.

“If anything happens to bump us off the schedule, we have to reschedule to the next summer because we have to film in a July-August time period,” he said.

Knotts said the key to the success of “The Visitants” is community involvement.

“That’s what’s so fun about making a film,” he said. “It is the location. It is the acting. It is the music. The cinematography. We have an incredible team of people committed to this and their skill in each of their fields and their enthusiasm. They are excited about it. They can’t wait to get to Kentucky and meet people. We need community support.”