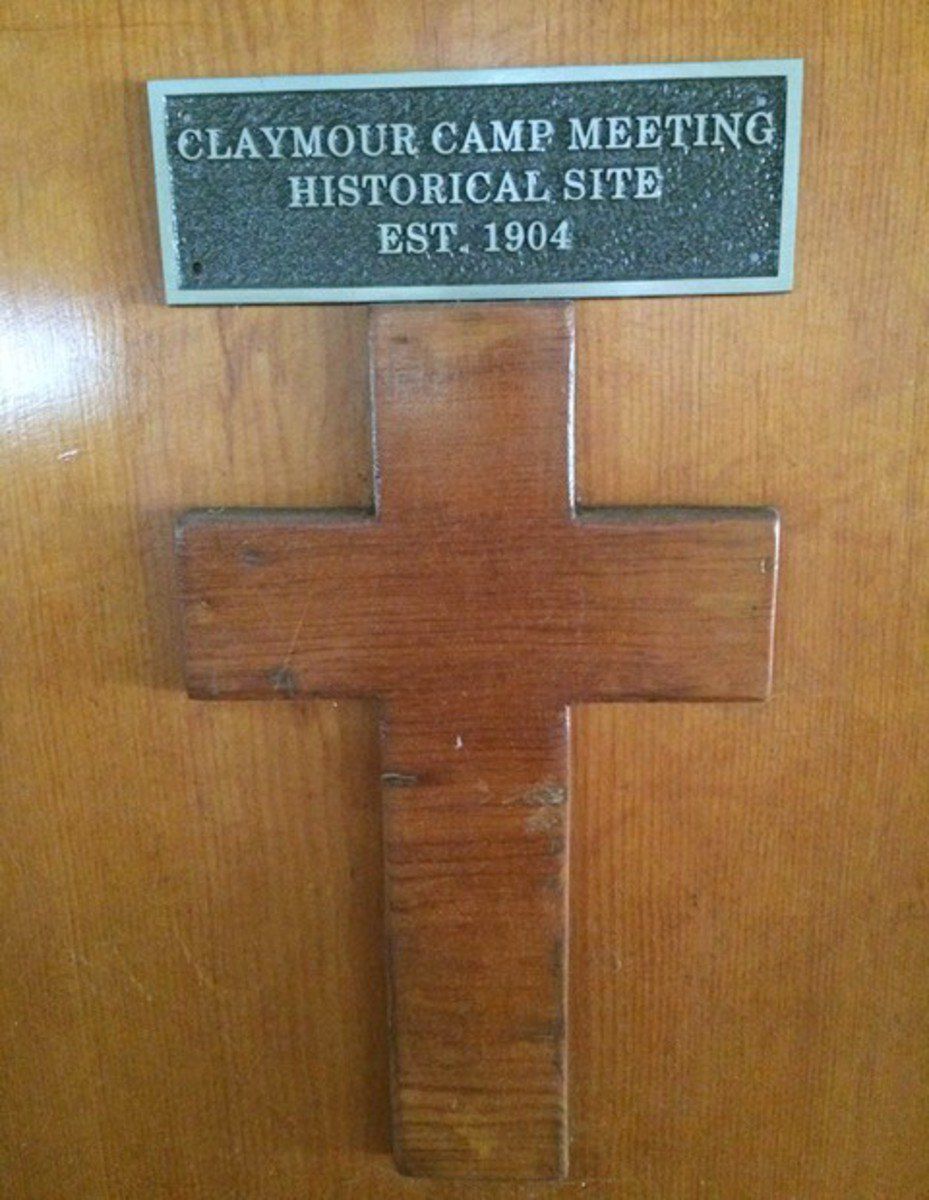 A cross hangs at the location of the Claymour Camp Meeting marking the historical site in Todd County. 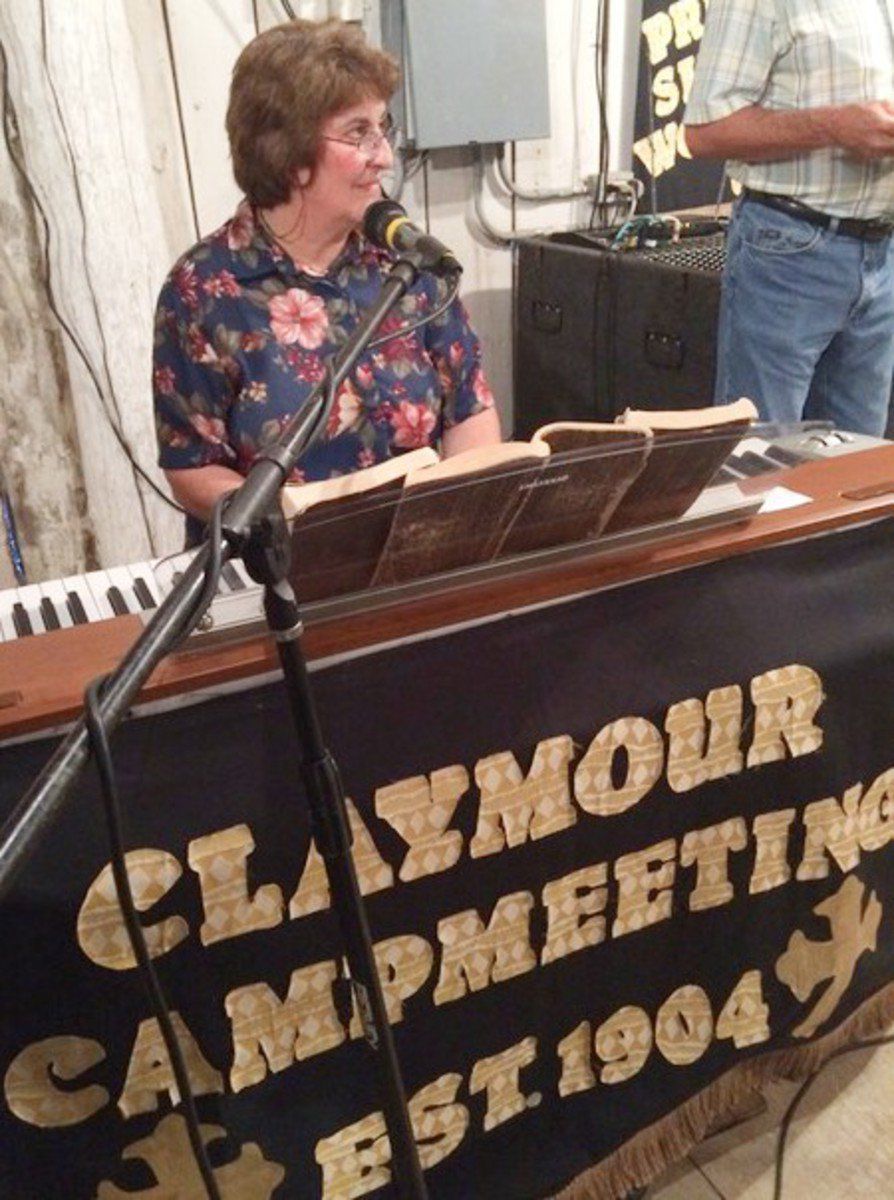 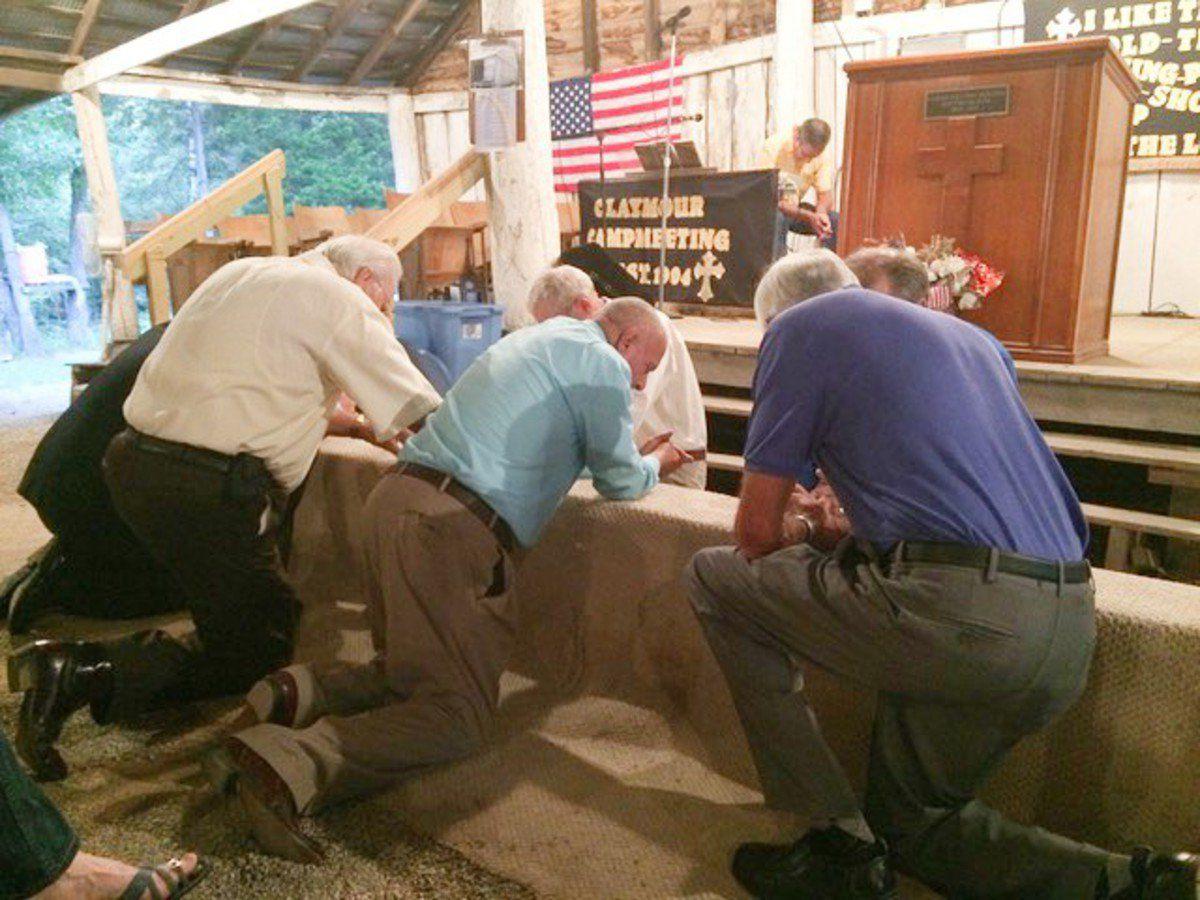 Individuals pray at the altar during a recent Claymour Camp Meeting in Todd County. The 116th annual event starts Thursday and continues through July 28. Citizens in the area are invited to attend the nondenominational event.

A cross hangs at the location of the Claymour Camp Meeting marking the historical site in Todd County.

Individuals pray at the altar during a recent Claymour Camp Meeting in Todd County. The 116th annual event starts Thursday and continues through July 28. Citizens in the area are invited to attend the nondenominational event.

On the banks of Whipporwill Creek, there is a special place

Where time and memories can never erase

Stands back in the woods, a beautiful sight to behold …

An excerpt from a poem written by Wilda Harrison shares the history of the annual Claymour Camp Meeting which starts Thursday at 3572 Sharon Grove Road, near Elkton. This year marks the 116th camp meeting.

In 1904, Fritz Heltsley donated farmland to be developed into a campground. The land would include an open-air tabernacle for worship services to be held at each July.

"The reason for the beginning of the Claymour Camp Meeting was rain," Harrison said. "There was a drought through here and people gathered … to pray for rain.

"Every year that I remember it's rained during the camp meeting."

Harrison, 63, has attended the event since she was a teenager when she and her boyfriend -- now husband -- started dating.

"That's how people would socialize. They would go to church," she said.

Harrison noted at the dawn of the Claymour Camp Meeting people would stay overnight there with their families.

"Women would stay there and cook and the men would go to the fields and work. At night, they would come back and they would have church services and a camp meeting," she said.

A hotel still stands on the grounds where the preachers would stay in the early years.

"Back in the day people would come by horses and buggies and wagons," she said. "Eventually, they would come by cars. Used to you would have to have a ticket to get in. It was so popular."

Euleta Sweeney, 71, has been attending the Claymour Camp Meeting off-and-on since she was an infant.

"The camp meeting was the first place I ever went. My mother took me when I was 2 weeks old," she said. "I haven't missed over five or six probably. My parents went. My grandparents went. It always was just a special time of the year for us."

30 years off and on. She played the piano and he lead the singing.

"I think nowadays people like the rustic feel of it," she said of the camp meeting. "It's always just a good spirit there. People enjoying each other's company, enjoying the singing and the preaching and the presence of the Lord."

"We get the Holy Ghost, old-time preachers -- the ones that really preach the gospel, the word," Harrison said.

Services start at 7:30 p.m. nightly and "it's usually over by 9 or whenever the (Holy) Spirit leads," Harrison said.

Sweeney's husband Roger passed away in October, but their son, Todd County native Anthony Sweeney, will lead the singing this year.

"I'm proud to have him doing it. It's kind of special to me to have him do that," she said. "It will be the first year without (Roger) and I'll really miss him this year."

Each night the Claymour Camp Choir will open the service in song. Special singers from different churches will perform during each service.

"We have lights, fans and wooden benches," Harrison said. "We have the church fans -- the paper ones -- and the old old songbooks. We use the old Heavenly Highway Hymnals."

The Claymour Camp Meeting is for all who are interested, she said.

"This is nondenominational," she said. "We have Catholic people come. We have Mennonites, Methodist, General Baptist, Missionary Baptist. Everybody's invited."

Although many people regularly attend the camp meeting, Sweeney and Harrison said there are newcomers each summer. Both invited the community to attend.