Justine Collins, an actor with the Missoula Children’s Theatre (right), directs a group of cast members Tuesday night in rehearsal of “The Emperor’s New Clothes.” The performance will be at 4 p.m. Saturday at the Alhambra Theater. 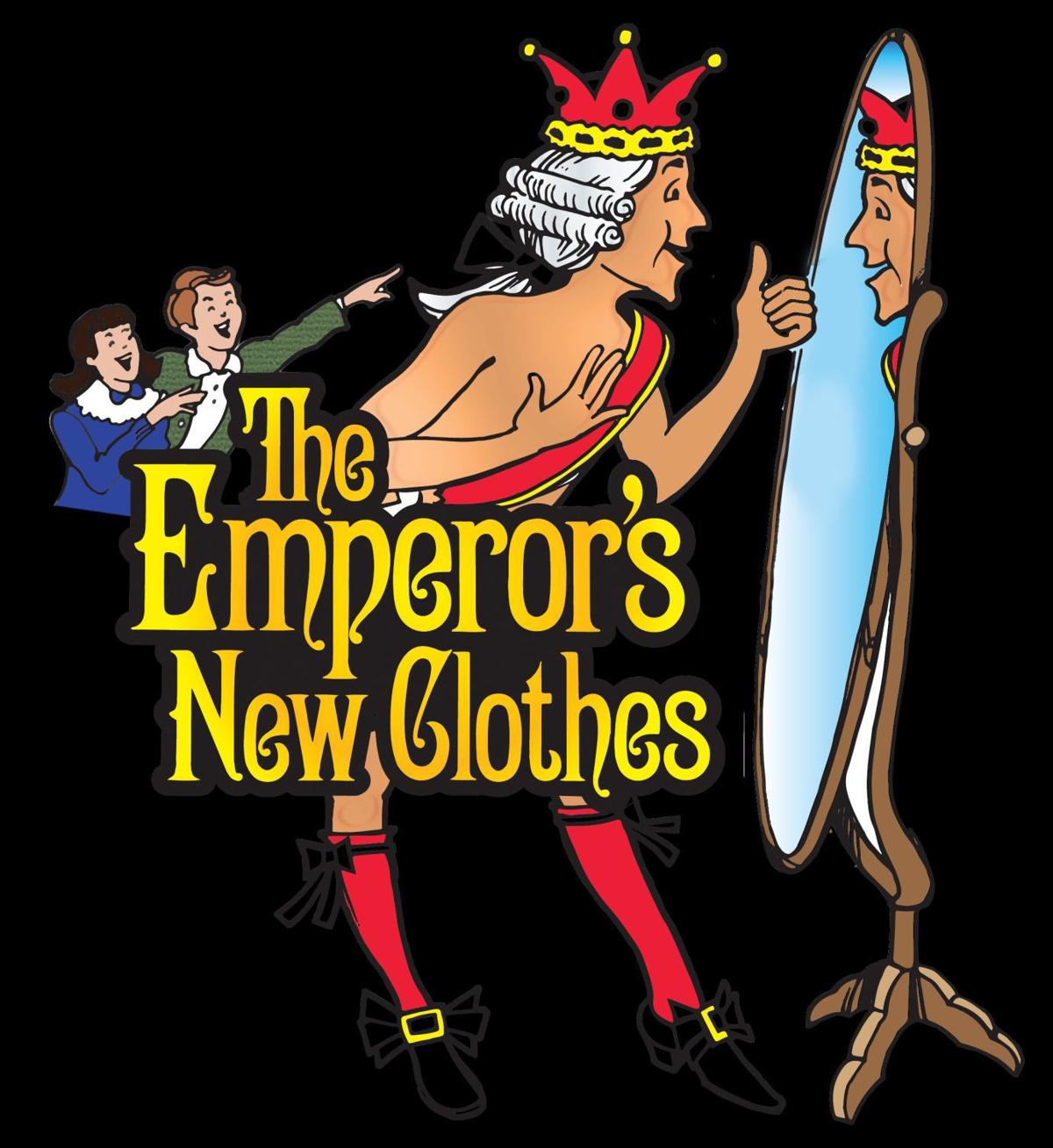 Justine Collins, an actor with the Missoula Children’s Theatre (right), directs a group of cast members Tuesday night in rehearsal of “The Emperor’s New Clothes.” The performance will be at 4 p.m. Saturday at the Alhambra Theater.

The emperor wants to impress his new friends, so he whole-heartedly aspires to “dress for success” to accomplish that goal.

In his efforts, the emperor seeks new clothes — and other people’s opinions — becomes more important than the people in his kingdom. Trouble brews.

More than 50 local students will bring the beloved Hans Christian Andersen classic, “The Emperor’s New Clothes” to life at 4 p.m. Saturday at the Alhambra Theater in downtown Hopkinsville.

Missoula Children’s Theatre is a week-long intensive experience for youth ages 6 to 18. For this production, students attended an open, group audition Monday at Indian Hills Elementary School and begin rehearsals that same day after they were cast. The cast is under the direction of Missoula actors Justine Collins and Alice Gittins.

The Missoula Children’s Theatre residency is brought to the community by The Pennyroyal Arts Council with support from Flynn Enterprises.

“They have been coming here for years,” said Molly Campbell, arts education coordinator for the Pennyroyal Arts Council, which has partnered with Missoula for years. “Any student that’s in kindergarten through first grade who are interested in theater, this is a good way to dip their toes in to see if they are interested in acting on stage.”

Campbell noted that in “Emperor” four students were also cast as stagehands who help with costuming, makeup and running lines with cast members.

“A person doesn’t need to be able to get up on a stage and act,” she said.

According to the Missoula Children’s Theatre’s mission statement, the group “strives to use the performing arts, wrapped in a positive, fun environment, as a vehicle to develop the life skills (social skills, communication skills, self-discipline, a strong work ethic, an understanding of the team concept and self-esteem) that children need to answer present and future challenges.”

In the play, “to help their beloved emperor find the way back to his heart, his true friends create an elaborate ‘birthday suit’ for the emperor to wear for his birthday parade celebration. The Emperor quickly and humbly learns that sometimes ‘less is more!’”

“People want to see local people that they know — local children,” Campbell said. “They’re impressed by how much the kids have learned in a short amount of time and put this production together.”

General admission tickets for “The Emperor’s New Clothes” are $8 and are available at https://pennyroyalarts.org/events/ or at the door. For more information, call The Pennyroyal Arts Council at 270-887-4295.

“It’s just going to be a good, clean, family-oriented show,” Campbell said. “It’s put on by local people. It lasts about an hour, so it’s a good length for smaller children. It exposes smaller children to the theater and live performance. Missoula shows always have a good twist and humor. I think all ages would enjoy it.”