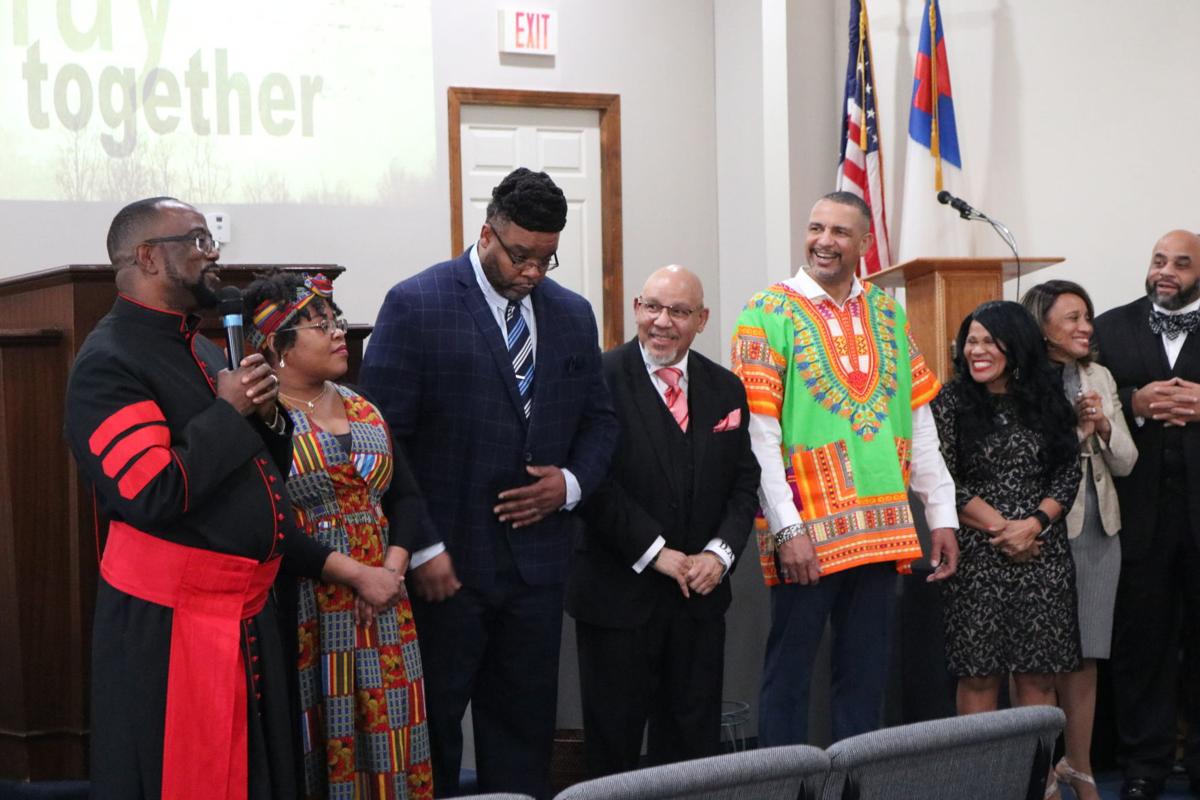 The Rev. Enoch Nyakoon (left) talks to the church and its pastor the Rev. Buddy Slaughter (green shirt) Sunday before praying over the new addition. 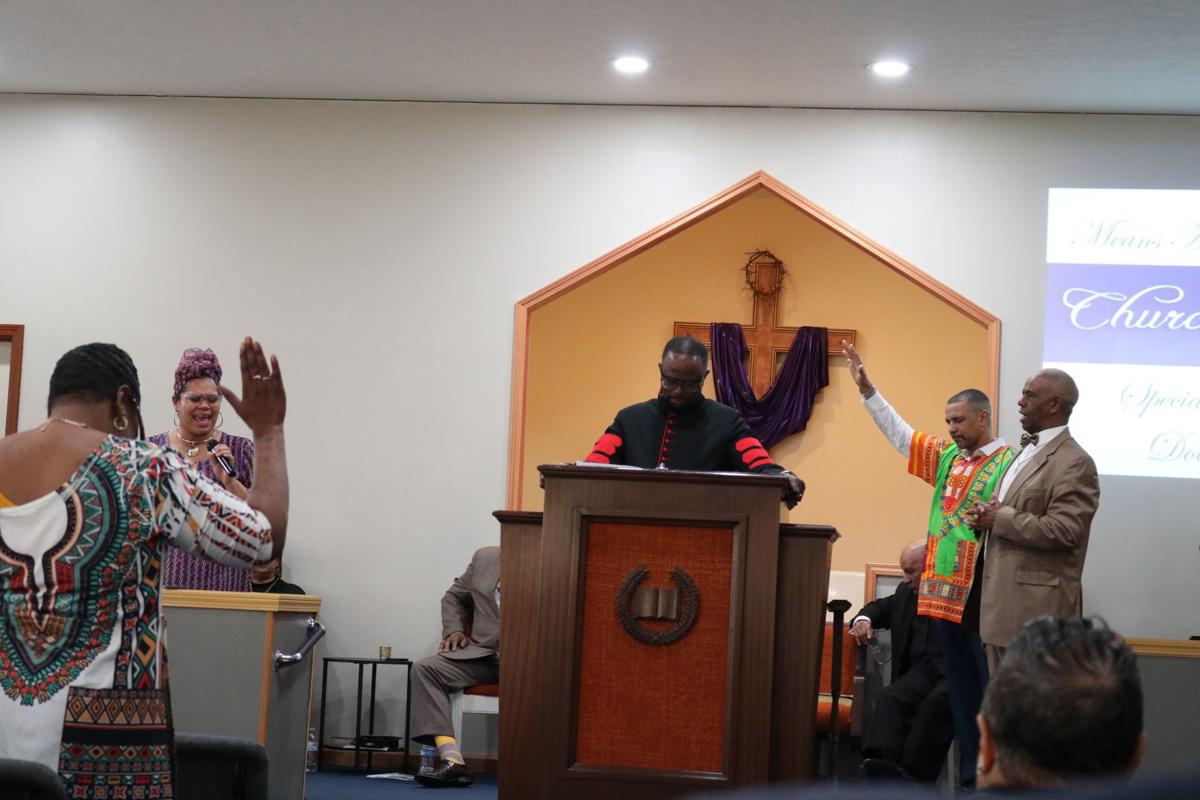 The Rev. Enoch Nyakoon (left) talks to the church and its pastor the Rev. Buddy Slaughter (green shirt) Sunday before praying over the new addition.

Means Avenue Baptist Church celebrated its 25th anniversary Sunday by dedicating a new addition onto to the church.

Pastor, the Rev. Buddy Slaughter Jr., explained that construction on phase one took place in the fall, but the church wanted to bring back its founding pastor, the Rev. Enoch Nyakoon, to lead the dedication ceremony.

During Sunday’s afternoon service, Nyakoon had the congregation circle the pews in the sanctuary for prayer.

“This church is pregnant with possibilities,” Nyakoon said. “Recognize that a dream delayed is not a dream denied.”

A native of Liberia, Nyakoon finished his theological studies in Louisville and was named the first pastor of Means Avenue Baptist in 1995.

The church was planted in the neighborhood by the local Second Baptist Church, noted Slaughter, who became pastor in 2006.

“Pastor Enoch we’re just thankful for your obedience to God,” Slaughter said. “I can’t imagine the conflict and the difficulty you had in planting here. I know we had some death threats from some people who didn’t want to see this church here.”

Nyakoon said he prayed some “selfish prayers” for Slaughter to take over the church when he moved on to his next mission.

A number of outreach programs have been birthed at Means Avenue Baptist since then, including Helping Hands, Iron Men, God’s Leading Ladies bible study group and Serving Our Seniors. The church also has the Community Alliance Mentoring Program for youth, and Manos a Mexico with two Latino members of the church teach children and adults to speak Spanish at 5 p.m. on Mondays.

Slaughter said the vision for the addition came eight years ago.

God showed us this vision for this about eight or nine years ago, and we drew it out on a piece of paper and have been talking about it for about six years,” the pastor said.

The ceremony marked the completion of phase 1, which included a two-story addition to the church and the expansion of the kitchen.

Phase 2 includes expanding the sanctuary, moving the pastor’s study and the basement will be equipped with showers and commercial washers and dryers.

Slaughter said funds are still needed for those projects, but he believes they will come.

“God is still moving so we’re trusting in him,” Slaughter said.

Nyakoon said he almost didn’t recognize the church due to the upgrades.

“It looks different on the outside, but it’s even gorgeous on the inside,” said Nyakoon. “Dream on Means Avenue.”