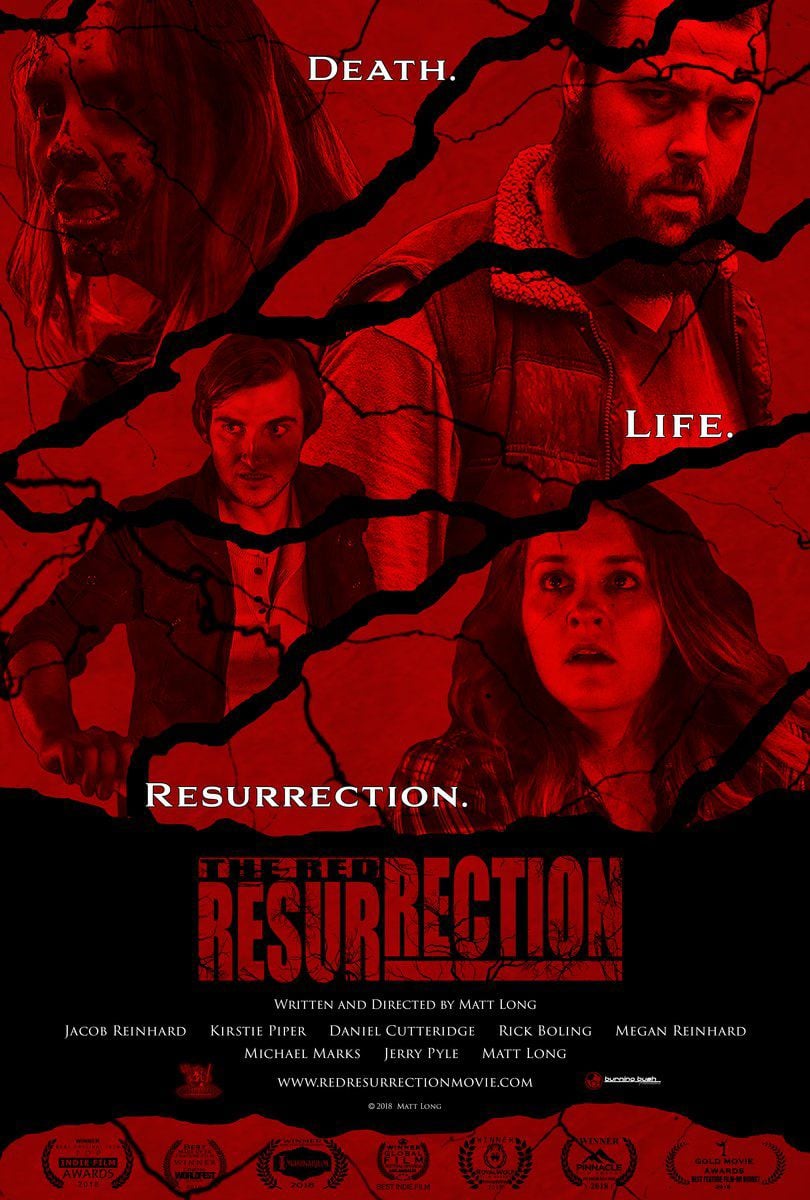 Commonwealth's Attorney Rick Boling appears in a scene from the 2017 faith-based zombie drama/thriller movie "The Red Resurrection." Boling plays Staff Sgt. Paul "Paulie" Goodman who leads the B Team on their campaign to cure those infected with the black plague while managing the rising tensions with his protege, Michaela. 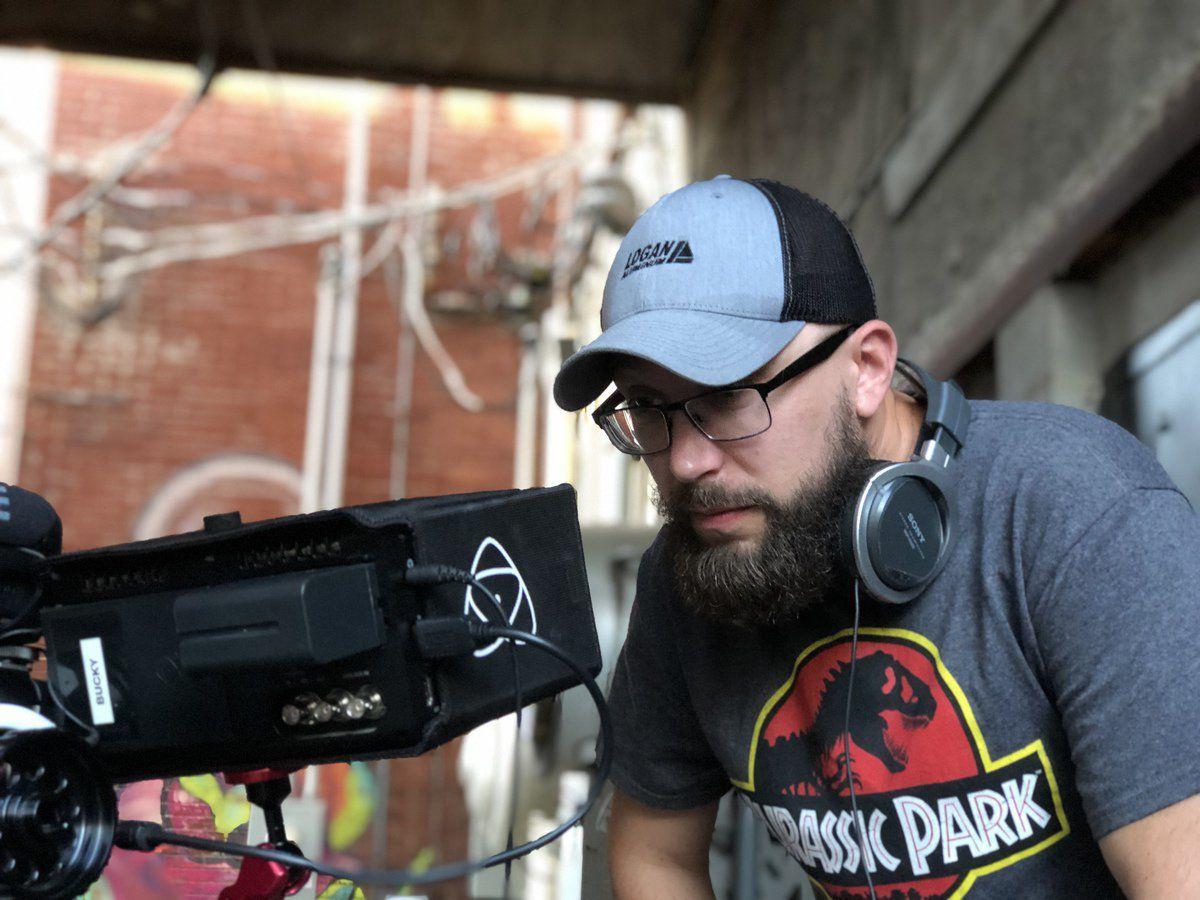 Christian County native Matt Long is writer and director of "The Red Resurrection," a faith-based zombie drama/thriller. He filmed the movie in Christian and Hopkins counties in 2015 and spent two years editing the content. The movie had a limited release in theaters in 2017 and 2018, but on Nov. 12 Nandar Pictures will release the movie domestically on DVD and Digital HD.

Commonwealth's Attorney Rick Boling appears in a scene from the 2017 faith-based zombie drama/thriller movie "The Red Resurrection." Boling plays Staff Sgt. Paul "Paulie" Goodman who leads the B Team on their campaign to cure those infected with the black plague while managing the rising tensions with his protege, Michaela.

Christian County native Matt Long is writer and director of "The Red Resurrection," a faith-based zombie drama/thriller. He filmed the movie in Christian and Hopkins counties in 2015 and spent two years editing the content. The movie had a limited release in theaters in 2017 and 2018, but on Nov. 12 Nandar Pictures will release the movie domestically on DVD and Digital HD.

Death. Life. Resurrection. All are themes in the independent feature film, "The Red Resurrection," shot four years ago in Christian and Hopkins counties in Kentucky.

Although the movie had a limited theatrical release in 2017, the faith-based zombie thriller will be available nationwide Nov. 12 on DVD and Digital HD through a partnership with Nandar Pictures.

"We are honored to partner with Nandar Pictures and are incredibly thankful for everyone who helped make this film what it is," said the film's writer/director Matt Long, a Christian County native and Nortonville resident.

The storyline takes place over a three-day period following the journey of Abby (Kirstie Piper) who lives "in a world ravaged by a viral infection that turns its victims into cannibalistic monsters. Abby awakens afraid and alone to find herself 'resurrected' from the living death brought on by this new black plague.

"Dave (Jacob Reinhard) and Jon (Daniel Cutteridge), the two travelers who cured her the night before, begin to lead Abby on a journey through the pieces of her shattered life to overcome her memories as a mindless flesh-eater as well as to their home, Safe Haven."

Although many viewers will see "The Red Resurrection" only as a zombie film, Long said the movie has a biblical inspiration.

"For this movie, I wanted people to understand what salvation is, what being born again is," said Long, who is also a minister. "Through scripture, we understand especially in Colossians chapter 2, verse 13 says that we were dead because of our sins, but God made you alive when he forgave your sins through Christ. Through the zombie film, they are known as the living dead, which is pretty much what the scripture says: before Christ, you were the living dead and through this cure you can be brought to life."

Long admits "The Red Resurrection" is "a little different film."

"I feel like I am not a Christian filmmaker, but I am a Christian who makes films," Long said. "I have always done faith-based films and I will continue to do that. For the past 15 years, I've thought that it's a tool to be used to help people understand the truth, especially in the day and age in which we live."

Filming on "The Red Resurrection" started in spring 2015 and continued for nine months at several locations in Christian and Hopkins counties. The cast and crew volunteered their time at night and on weekends to make the movie.

Among the cast was Long's friend, Commonwealth's Attorney Rick Boling of Hopkinsville. The two attended River Church in Nortonville and had worked on several short film projects together.

In the movie, Boling portrays Army veteran Staff Sgt. Paul "Paulie" Goodman who leads other characters on a campaign to cure those infected with the black plague while managing the rising tensions with his protege, Michaela Bowman (Megan Reinhard).

"It was an interesting movie because it was a wonderful attempt to reach a portion of society that otherwise may not think about church or Jesus and to blend a Christian theme into a zombie movie," Boling said.

Boling said on the set he learned to appreciate filming indoors. His character, Paulie, wore cargo shorts and a short-sleeved shirt.

"All summer long I enjoyed it. (Other actors) were in full coats and cloaks," he said. "When we finished shooting in November, we could see our breath. I was freezing ... I would stand in front of a propane heater to thaw out between shots."

Two actors from the film, Boling and Daniel Cutteridge, who played the character Jon Bowman, were nominated for a best supporting actor award for their performance at the Hollywood South Film Festival in 2018. Although neither won, Boling said he was honored to attend the event in Springfield.

"I was tickled to death when I got nominated as best supporting actor. That was cool," Boling said. "It was the first time I had ever been to a movie festival. To have that opportunity and to be nominated was just awesome."

In light of the upcoming release, Long said a new website has launched for the film -- https://redresurrectionmovie.com/. On the website people will be able to find up-to-date movie information as the release date approaches.

Initially, the DVD will be available Nov. 12 for $14.97 online at Walmart, Best Buy, Barnes & Noble and Amazon. Preorders of the DVD can be made on the film website today. Long said Amazon -- and possibly other online platforms -- will be offering the Digital HD download.

"It's great it's going to be out there, but also to see a monetary return as well for all the time and effort everybody has put into it. It's been a great journey so far," Long said. "For this opportunity, I'm incredibly grateful to God, of course, because without him I wouldn't have even started doing any of this. ... I'm thankful for the people I've been honored and blessed to know."

Boling said he is excited for the national release of "The Red Resurrection."

"Making the movie was cool. Working with Matt has always been wonderful," he said. "It was truly a western Kentucky community effort."