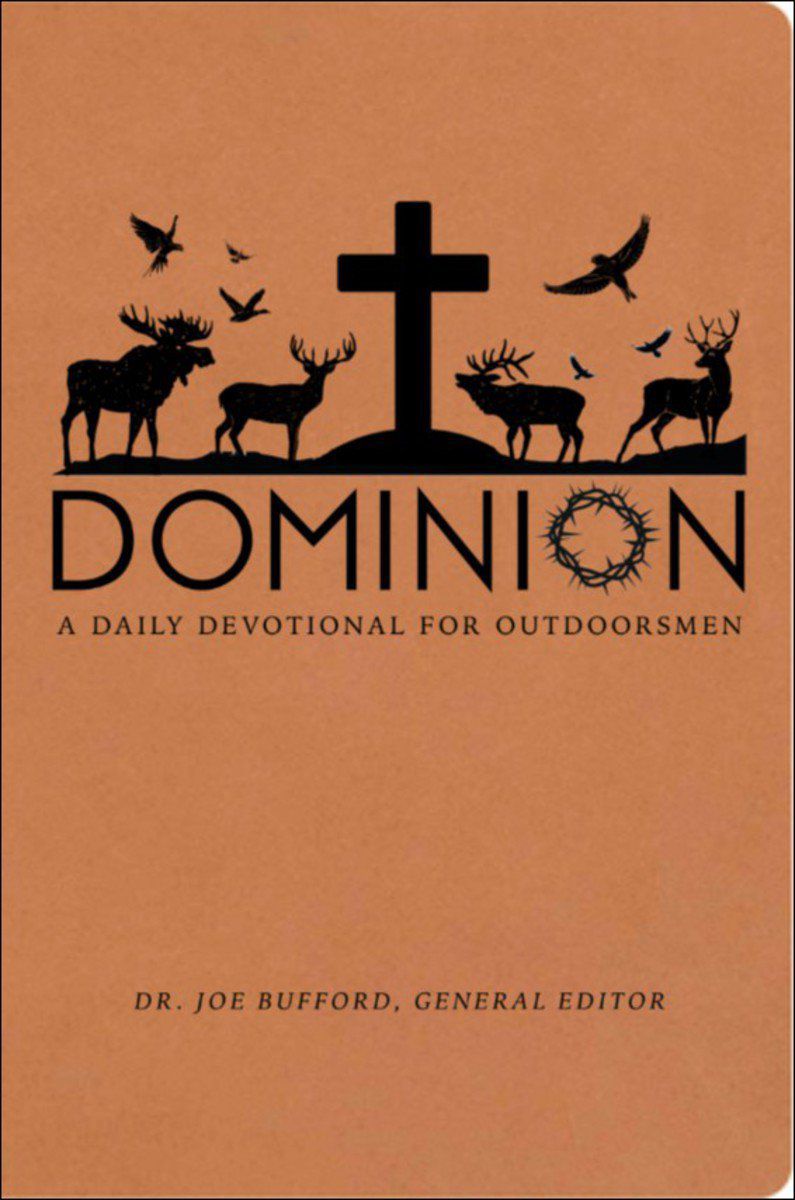 "Dominion" features about 400 pages filled with daily devotionals and 13 testimonials to read throughout the year. 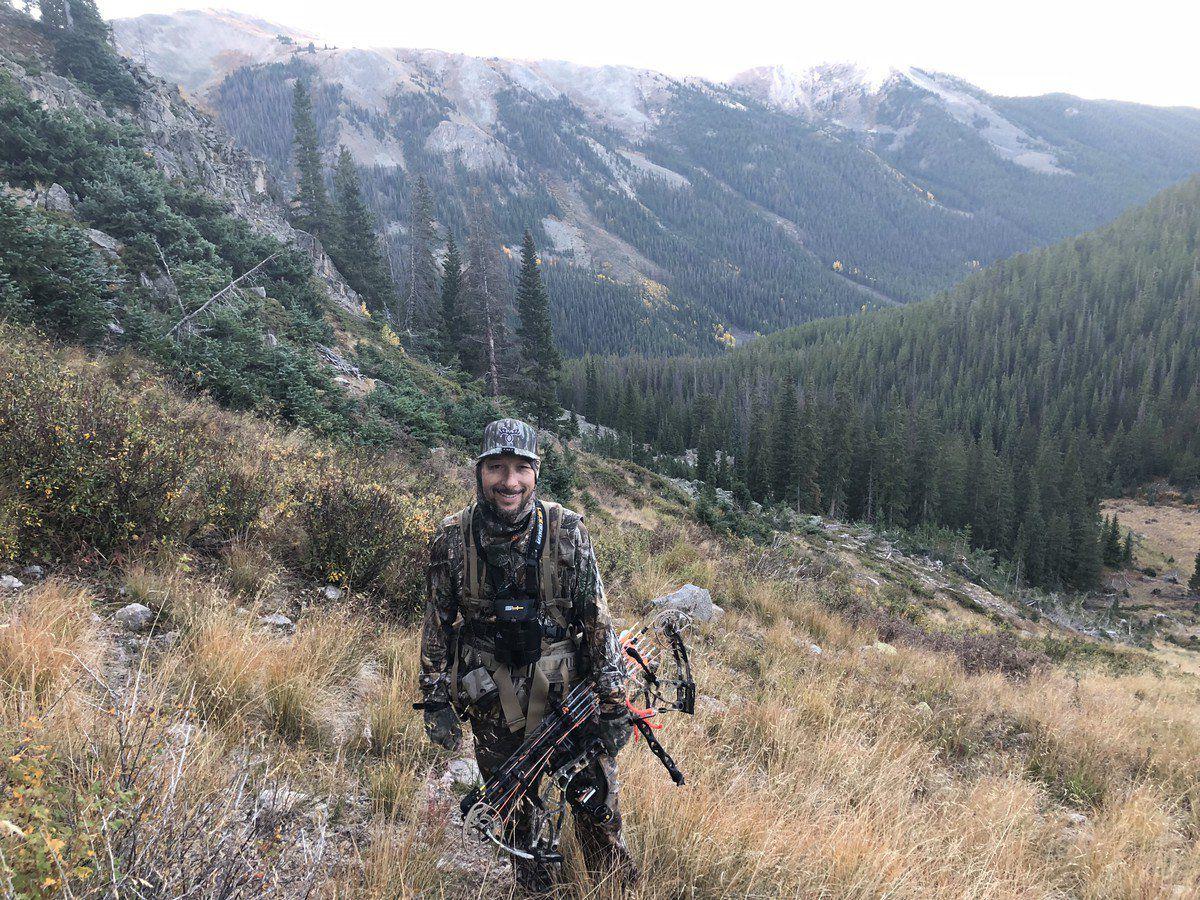 The Rev. Dr. Joe Bufford hunts elk in Colorado in 2018. The pastor of Hillcrest Baptist Church has edited and co-written a book, "Dominion: A Daily Devotional for Outdoorsmen." The book features devotionals written by Bufford and dozens of pastors and laypeople, as well as testimonials from celebrity outdoorsmen from across the country. The book will be released Friday.

"Dominion" features about 400 pages filled with daily devotionals and 13 testimonials to read throughout the year.

The Rev. Dr. Joe Bufford hunts elk in Colorado in 2018. The pastor of Hillcrest Baptist Church has edited and co-written a book, "Dominion: A Daily Devotional for Outdoorsmen." The book features devotionals written by Bufford and dozens of pastors and laypeople, as well as testimonials from celebrity outdoorsmen from across the country. The book will be released Friday.

Trophies of duck, turkey and deer, among other wild game, fill the small room in the church on Skyline Drive.

"If you were to ask my wife, 'What do I hunt?' her answer would be 'whatever's in season,' " Bufford said, laughing. "Probably my all-time favorite is elk hunting. I love to elk hunt. Colorado is where I've done the most."

About two years ago, the minister felt a burden on his heart to write a book for people who enjoy being in nature as much as he does. The end result is his first book, "Dominion: A Daily Devotional for Outdoorsmen," which will be released Friday.

"In December 2017, I just really felt the Holy Spirit impressing upon me to write a devotional," he said. "As I began to do a little research, I discovered ... that there were some 30-day devotionals, but there was not a yearlong devotional directed toward outdoorsmen."

Although he had the book concept in mind, Bufford admits he was unsure about writing a yearlong devotional on his own.

To help in this effort, Bufford said God reminded him of other individuals who have a love for God and a love for the outdoors, including fellow minister Keith Boggs and Dennis Wilder, former pastor at Concord Baptist Church, Hopkinsville.

Additionally, Bufford reached out to some of the pastors and colleagues in the "Pastors in the Outdoors" ministry and invited them to contribute a devotional.

"Amazingly, some of them said they needed to pray about it and I fully respected that," he said. "I started praying for these men that God would just bring together a group. I started getting responses. Most, not all, most called back and said, 'I'm in.' "

Bufford said he wrote several samples and put together a template for the other writers to follow.

"Along the way, they connected me with other men that they knew," he said. "Before I knew it, we had a compilation of all these devotionals. I just stood amazed at how God had put in the hearts of these men devotionals that just resonate with outdoorsmen."

Not all who contributed to the book are pastors. Bufford said some are laypeople, who "love the Lord, they love the outdoors."

"Just the diversity and the backgrounds of the people that contributed -- there's so many aspects of the outdoors that I never even thought of and I've been an outdoorsman for going on 40 years," he said.

Bufford said all of the devotionals are scripture-based and each features a story that relates to the text.

"Most of the devotionals you can read in about four minutes," he said. "Then, there's a prayer of encouragement and a question at the end that will cause you to think about what you just read and how it applies to your life."

The book also includes testimonials from individuals who are either in the outdoors industry or have a love for the outdoors. Among the contributors are Jeff Danker and Daniel McVay, co-hosts of "BuckVentures" on the Sportsman Channel; two-time Bassmaster Classic champion fisherman Hank Parker; Bud Fisher, brother of former Nashville Predators captain Mike Fisher, NASCAR driver Michael McDowell and David Blanton of Reeltree Camo, among others.

"I wanted there to be a drawing card for people to pick it up," Bufford said.

Bufford and Jon Tyler White, Hillcrest's worship and missions pastor, designed the leather book cover. The cover features various wildlife including birds, deer and moose looking at the cross. The letter "O" in the title word is a crown of thorns to represent Jesus.

"('Dominion') is not just for hunters or fishermen," Bufford said. "If you like to camp or hike -- if you just like the outdoors in general -- it's a book that will resonate with you. You'll be able to identify the stories."

Bufford said the title has a biblical-based meaning taken from Genesis 1:26.

"'Dominion' comes from the book of Genesis where God said of mankind we are to have dominion over all creation," he said. "It is a blessing that God gives us dominion over his creation -- to be able to hunt and fish and enjoy what he created for us."

"Dominion: A Daily Devotional for Outdoorsmen" is available to preorder for $20 online at https://www.dominiondevotional/home or by calling the church office at 270-886-6017 to reserve a copy.

Bufford thanked all of the writers, proofreaders and editors who contributed to "Dominion." He said the book would make a good gift anytime for most anyone.

"It would be a great Christmas gift, but it will be a great gift for anyone any time of the year," he said. "If you've got anybody in your family that enjoys the outdoors, they'll enjoy this book."