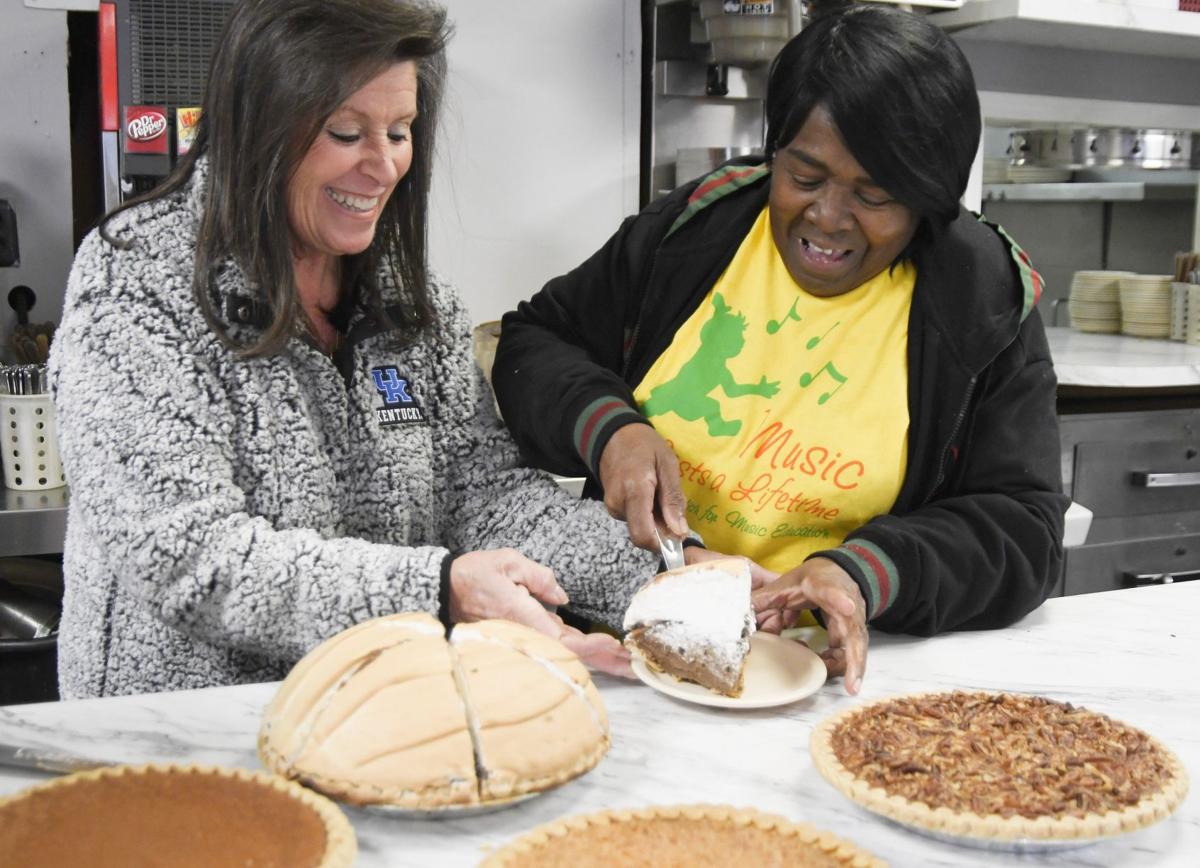 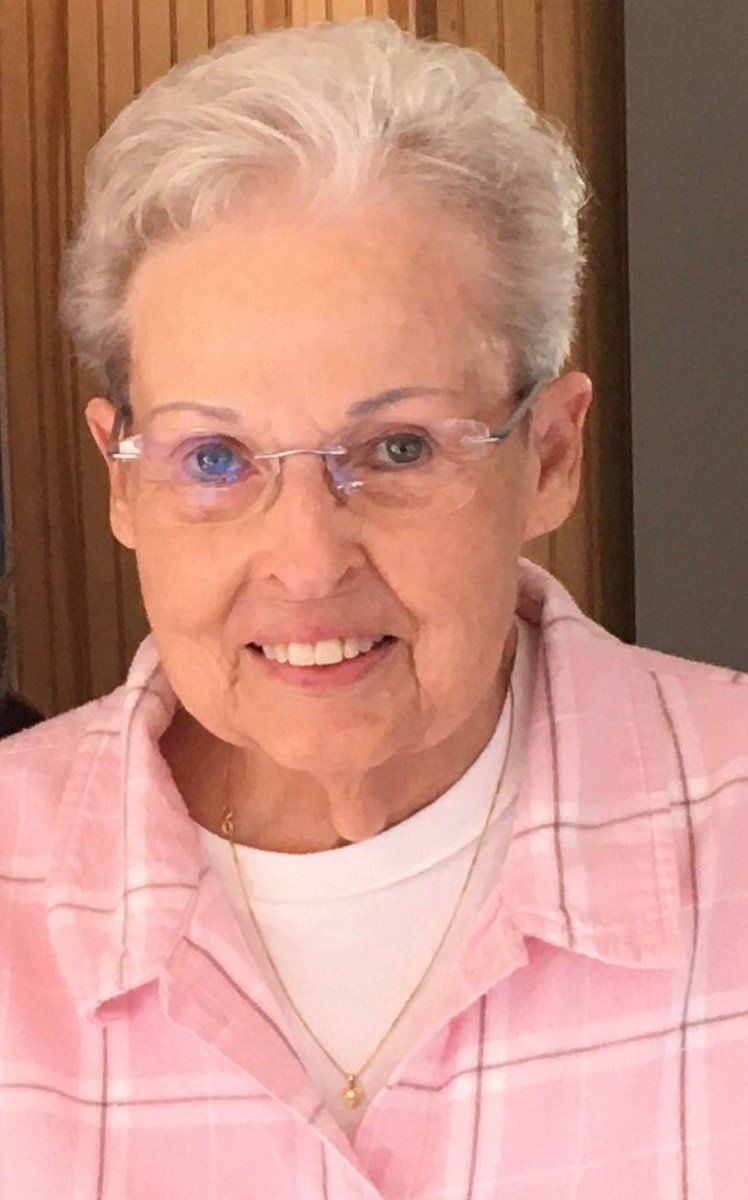 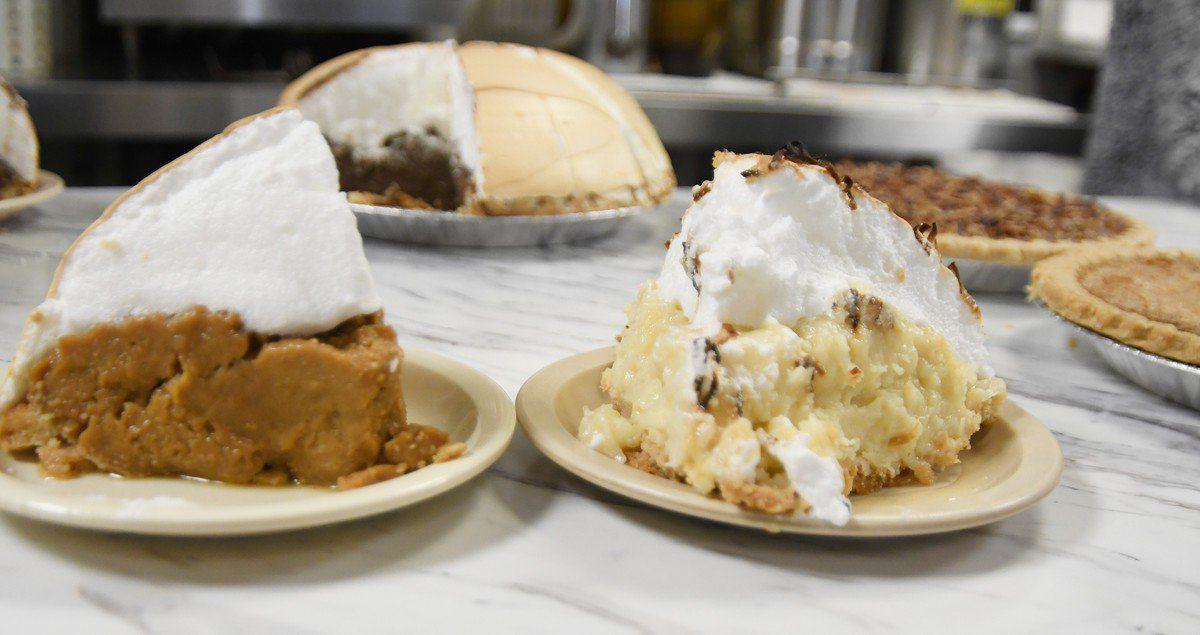 Slices of caramel and coconut pies await purchase at The Wood Shed Thursday afternoon. Mike Mathis said coconut has been the top-selling flavor for years at the restaurant. All pies are made from recipes developed by his late mother, Wilda F. Aldridge Mathis, who died Wednesday.

Slices of caramel and coconut pies await purchase at The Wood Shed Thursday afternoon. Mike Mathis said coconut has been the top-selling flavor for years at the restaurant. All pies are made from recipes developed by his late mother, Wilda F. Aldridge Mathis, who died Wednesday.

The hands of Wilda Aldridge Mathis made those flavorful pies and many other dishes when the restaurant opened in 1984 on West Seventh Street.

A founding owner of The Wood Shed, "Miss Wilda" died Wednesday at age 85, but her legacy for cooking, baking and "being kind to everyone" lives on.

"My mom made the best homemade biscuits in the world," said son Mike Mathis. "She just done it all. She made pies. My mother always cooked by taste. She never had recipes. She seasoned the white beans the same way. The green beans and black-eyed peas were done the same way."

Throughout the years, The Wood Shed added more varieties of pies with Miss Wilda's unique way of developing the recipes.

"She made them all," said Mike, who used to manage the restaurant with his brother Phillip. "After we opened, we added some pies, like the chess and chocolate chess in the same way. She just made her own recipe by a little pinch of this and a pinch of that. That's how it was."

Although she created several different kinds of pies, Mike said his mother preferred one flavor above all.

"Coconut -- that's probably been my No. 1 seller over the years," he said. "But she also (liked) chocolate too."

Miss Wilda worked at The Wood Shed for 15 years, but before she retired, she wrote down all the recipes she had created.

"She had to put them on paper," Mike said, noting she made each homemade pie from memory.

Miss Wilda passed on her pie recipes and her baking techniques to Margaret Fields, a 30-year employee who still makes the sweet desserts today.

"When they first told me I would be back there (making pies) I was a nervous wreck," Fields said. "She showed me how to make (them). Pecan -- that's my favorite. I love chess too. She gave me all of those recipes.

After she left, if I cooked them and they didn't turn out right, I would call her ... and she would tell me how to fix the problem."

Fields said Miss Wilda was a special person in her life.

"She was the sweetest lady I have ever met in my life," Fields said. "She always had a smile for me ... I miss her."

Daughter-in-law Billie Jo Mathis remembers her mother-in-law as one who led by example.

"She took pride in every biscuit she cut," Billie Jo said. "The same way with the pies. It didn't matter what it was. She was going to taste it, and if it didn't pass Granny's test, it didn't come out that window. She had expectations, and she taught me how to meet those expectations and always make my goal to make every customer a friend."

Mike said his mother had a particular philosophy about operating the restaurant.

"We had good food at a good price," he said. "She always said 'give them plenty of it. You may go up on your price if you have to, (but) don't cut back on your quantity.' We've always lived by that. We always give you a good plate."

The daughter of the late Bryan and Lucille Aldridge, "Miss Wilda" will be laid to rest today with funeral services at Hughart, Beard & Giles Funeral Home with the Rev. Dr. Don Mathis and the Rev. Danny Belcher officiating. Burial will follow in Riverside Cemetery.

In addition to her parents, she was preceded in death by her husband, C. A. Mathis Jr.; her brother, Eugene Aldridge; and her sister, Juanita Mayes.

Survivors include her sons, Phillip Mathis and Mike (Billie Jo) Mathis, both of Hopkinsville; eight grandchildren; and 15 great-grandchildren.

Mike said although he loved her cooking he will remember most how his mother treated others.

"Everybody loved her," he said. "She was always as nice as could be whether you were nice to her. When people complained, she just smiled and took it. She went to the grave with not an enemy in the world."

Describing his mother as a hands-on, hardworking woman, Mike said her legacy will live on at The Wood Shed.

"She was the backbone of this place," he said.