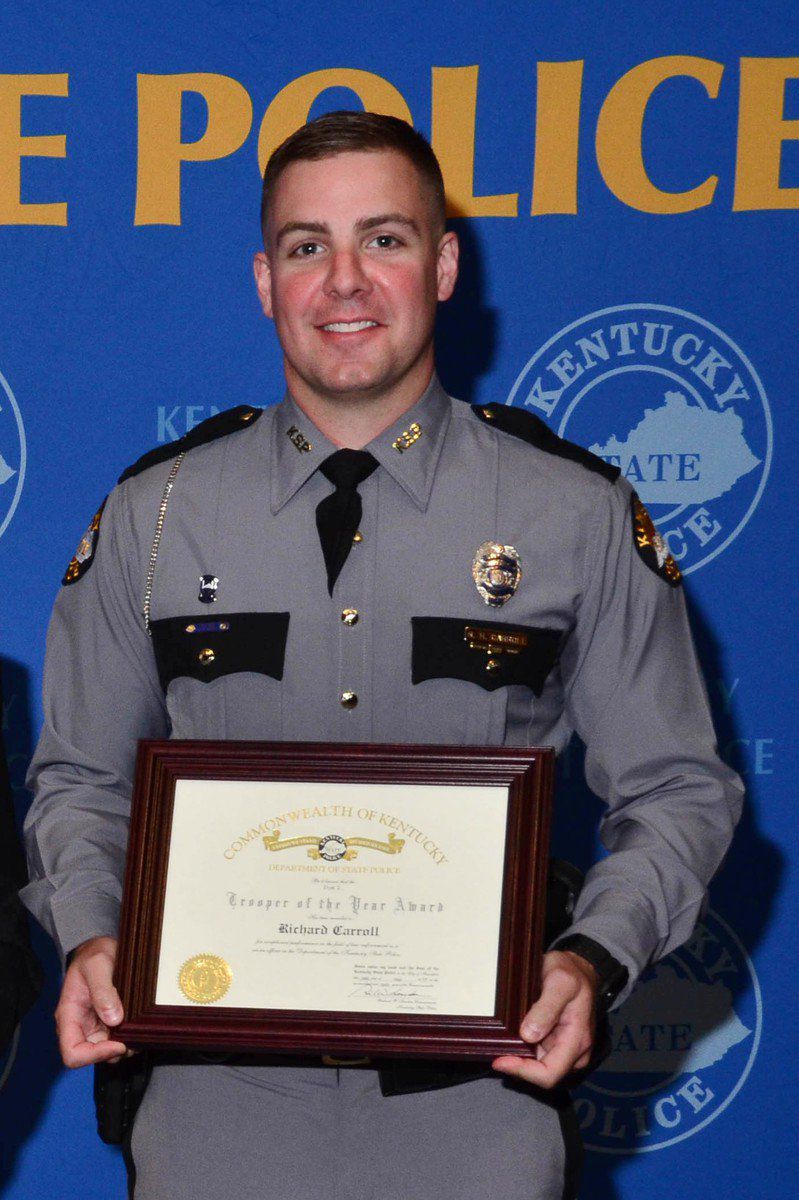 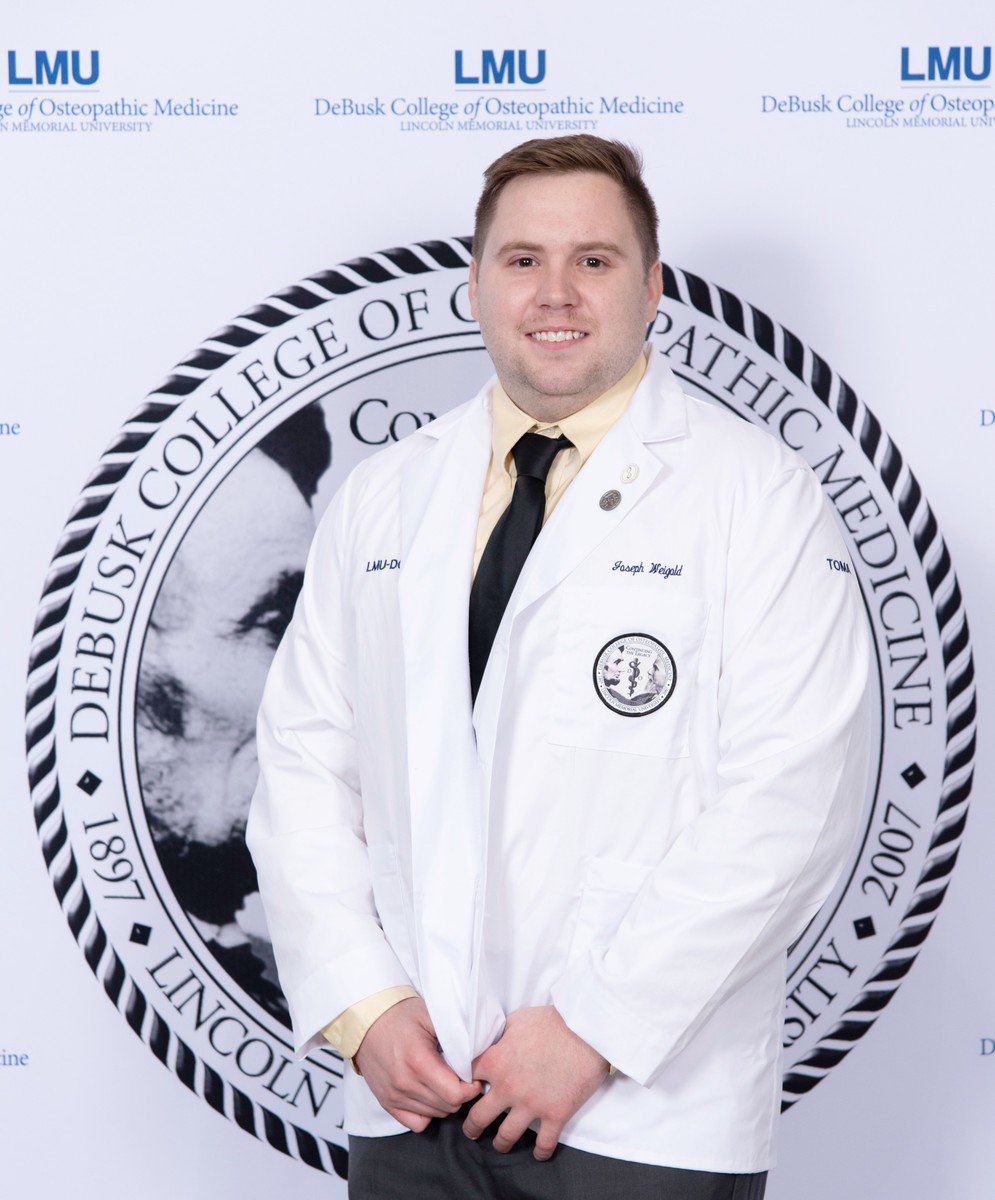 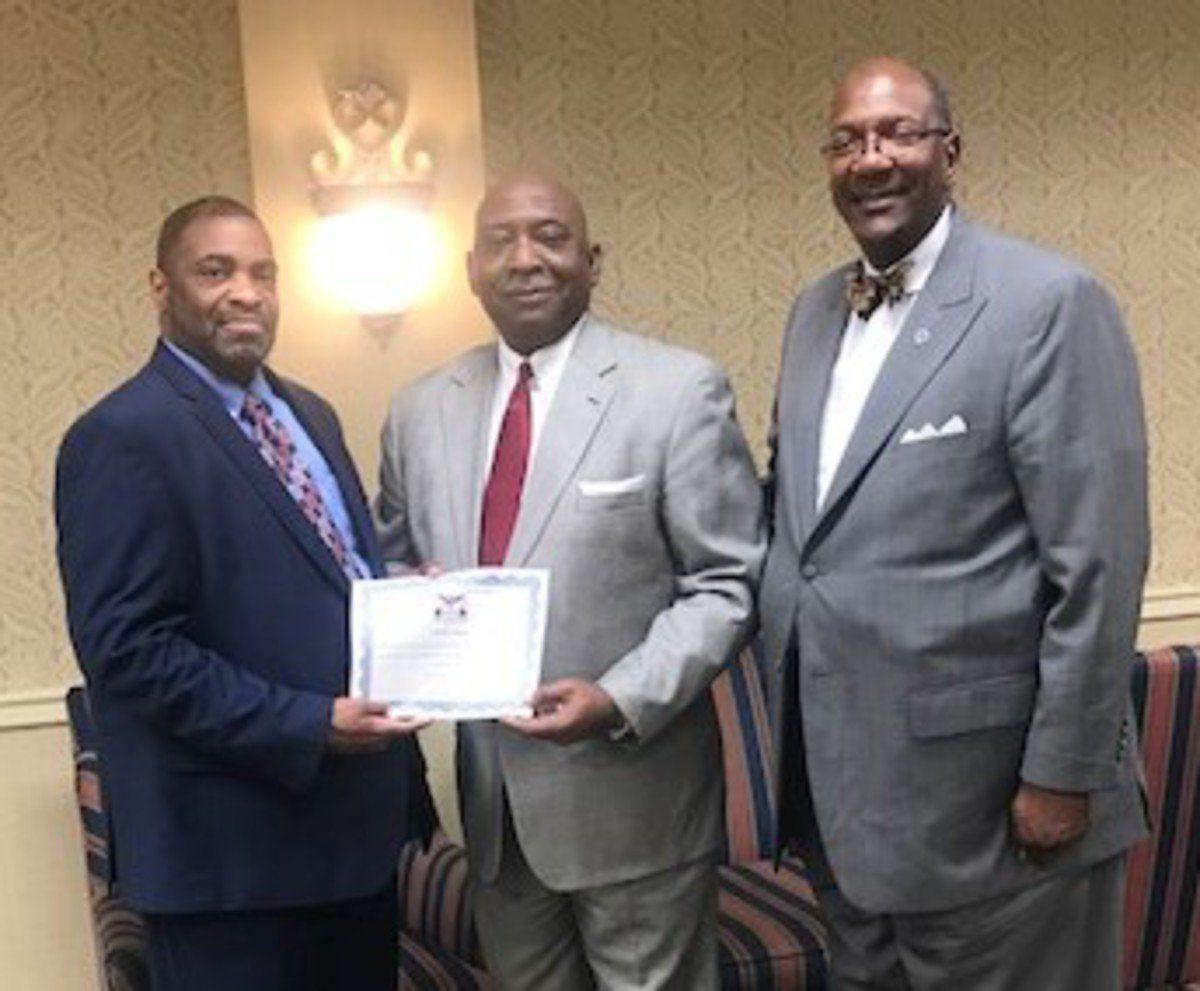 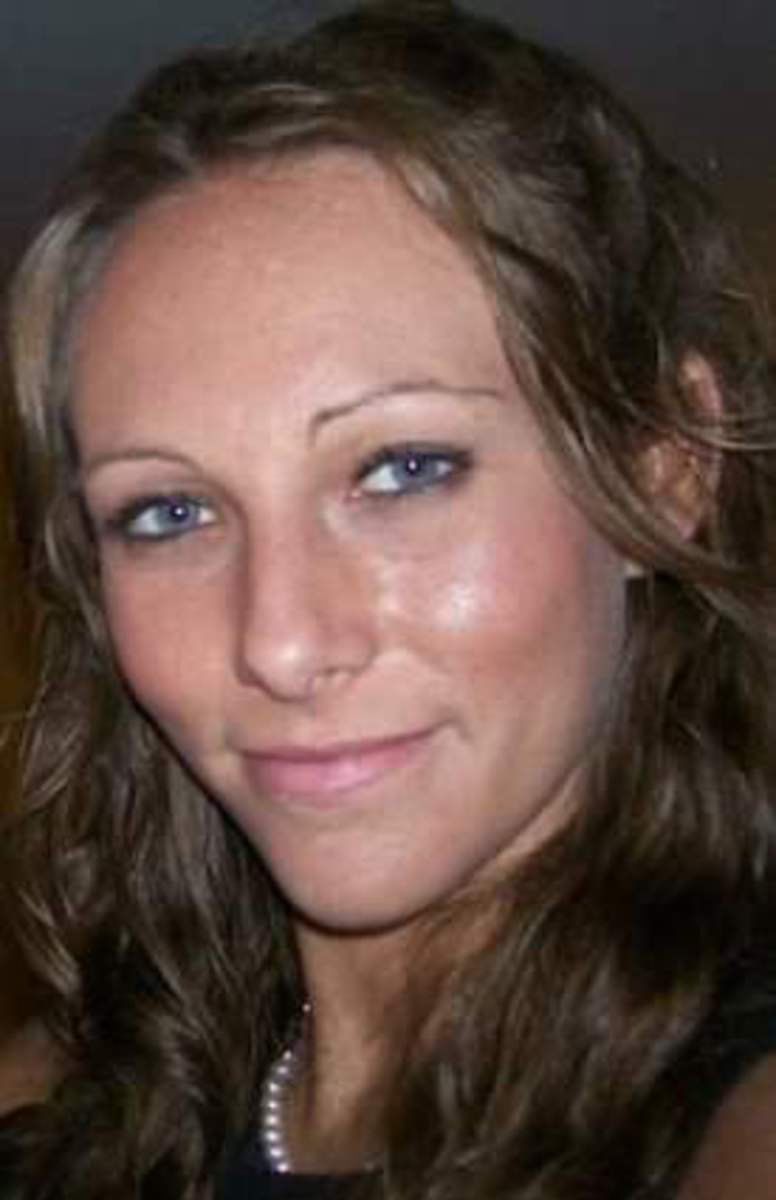 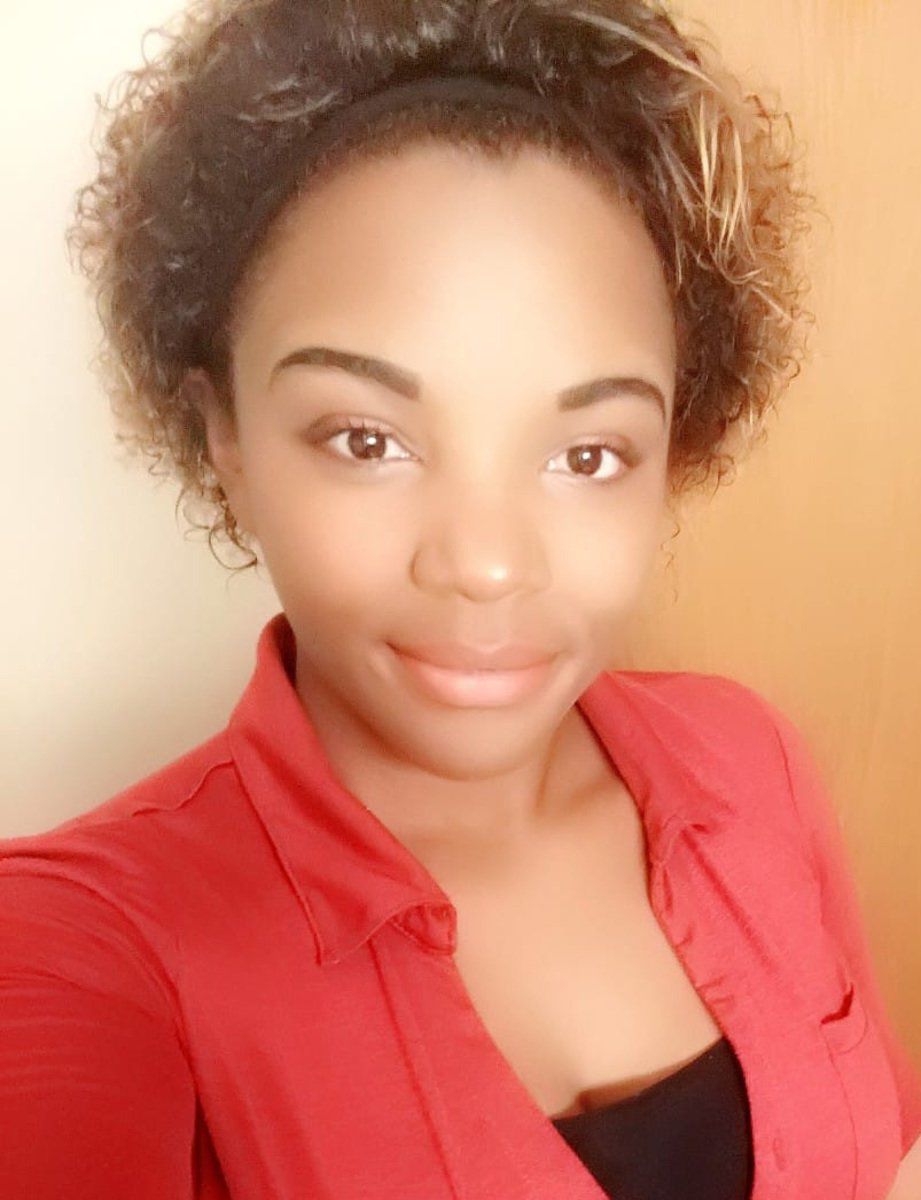 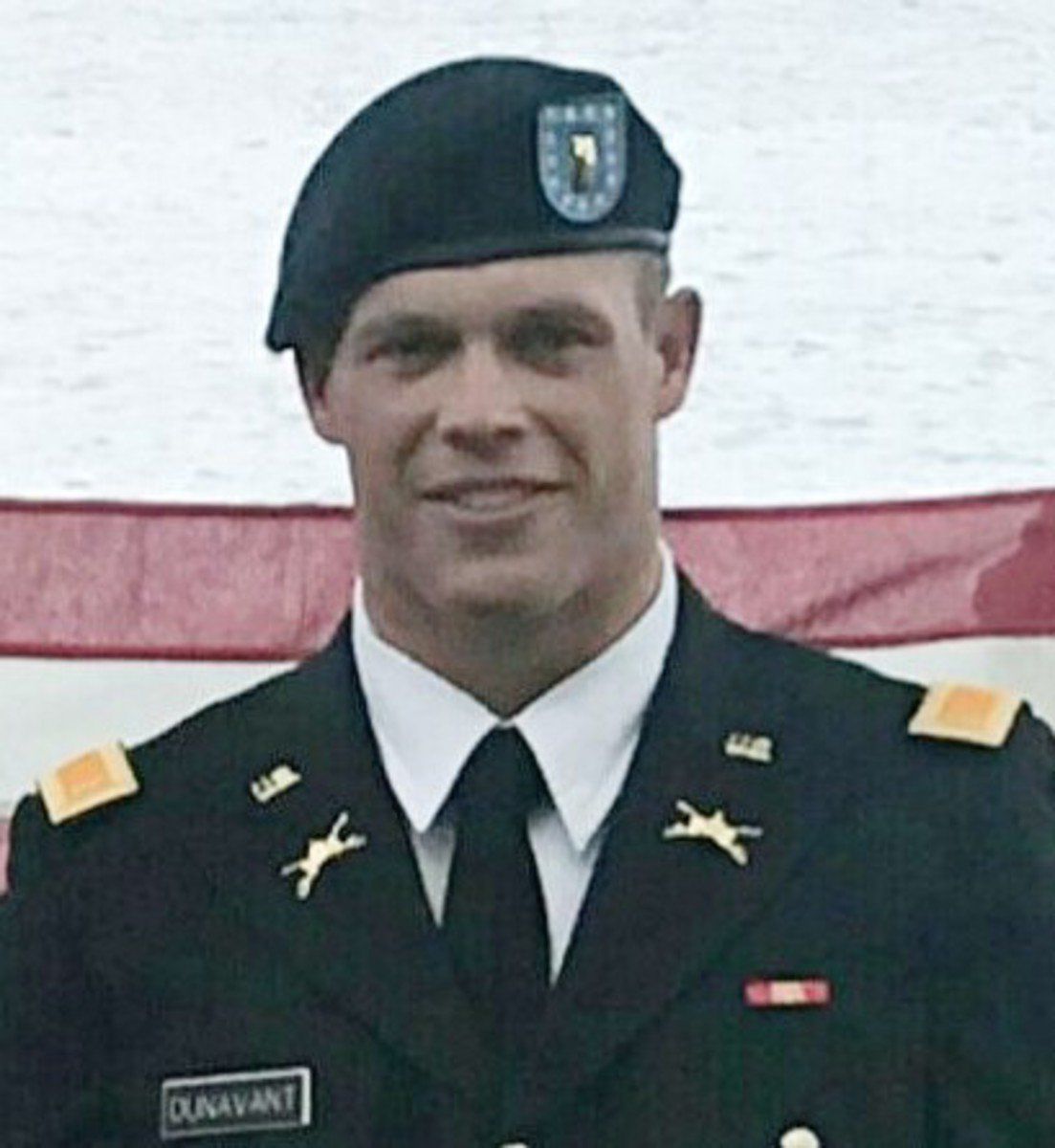 PEOPLE IN THE MILITARYU.S. Military Academy

Dunavant graduated from Lambert High School in 2015. While at West Point, he concentrated his studies in Engineering Psychology. Engineering Psychology is an empirically based discipline that requires its graduates to critically and systematically apply their knowledge of human behavior to the design of complicated systems. He was commissioned as a second lieutenant in the U.S. Army within the Armor branch. He will be stationed at Fort Benning in Columbus, Georgia, after graduation.

The mission of the U.S. Military Academy is to educate, train and inspire the Corps of Cadets so that each graduate is a commissioned leader of character committed to the values of duty, honor, country and prepared for a career of professional excellence and service to the nation as an officer in the United States Army.

Several Post 2 troopers were included in those honors, including Trooper Hunter Carroll, who was named Post-Level Trooper of the Year. A two-year veteran of the Kentucky State Police, he is assigned to Christian County where he also resides. Trooper Carroll worked as a sheriff's deputy with Christian County for three years before joining KSP.

Christian County's Leigh Durden, Planters Bank Inc., is among 55 participants in Leadership Kentucky Class of 2019 from across the state representing a variety of public and private sectors.

Leadership Kentucky, currently celebrating its 35th anniversary, is made up of seven three-day sessions where participants gather to gain insight on the Commonwealth of Kentucky and its challenges and opportunities. Throughout the sessions, class members will meet with many of Kentucky's current leaders and explore the state's opportunities and resources.

Nominations and applications for the Leadership Kentucky Class of 2020 will be available online at leadershipky.org in October.

The June through December program will bring the class across the state: Berea in June, Louisville in July, Madisonville/Eddyville in August, Somerset in September, Bowling Green/Fort Campbell in October, Ashland in November and Lexington/Frankfort in December. The sessions will cover topics ranging from business and economic development, arts and tourism, natural resources and the environment, education and healthcare, agriculture and government.

Hopkinsville Community College GED student Brittany Nelson recently achieved a perfect score in the science module of the GED high school equivalency test. According to Kentucky Skills U Senior Associate of College & Career Prep Rae Smith, Nelson is one of 13 people in Kentucky who have made a perfect score on one of the GED test modules since 2014, but she is the first person to do so in science.

Nelson was employed by Trilogy in Hopkinsville but recently relocated to Elizabethtown to start a new position with Renest, a women's transitional program. Nelson plans on enrolling at Elizabethtown Community and Technical College to study software engineering or computer science.

The Kentucky SkillsU program is a state-wide, collaborative initiative funded through grants to the Hopkinsville Community College.

LEXINGTON -- Taylor Gray, Cadiz, was named to the Dean's List for winter 2019. To be named to the dean's list, a student must achieve at least a 3.5 grade point average during the term.

The annual Music Educator Award was established to recognize current educators, from kindergarten through college, who have made a significant and lasting contribution to the field of music education and who demonstrate a commitment to the broader cause of maintaining music education in the schools.

After an intensive review of more than 3,300 nationwide educators, Dipasquale was notified that she was selected as one of the remaining 189 music teachers named as quarterfinalists. Semifinalists will be determined this fall.

Among those is Joseph Weigold, Hopkinsville, a rising third-year osteopathic medical student at LMU-DCOM. Prior to enrolling at LMU-DCOM, Weigold attended Murray State University.

Lincoln Memorial University is a values-based learning community dedicated to providing educational experiences in the liberal arts and professional studies.

TROY, Al. -- Alexis Viamonte, Fort Campbell, graduated from Troy University during the Spring Semester/Term 4 of the 2018/2019 academic year. Viamonte graduated with a Master of Science in Management degree.