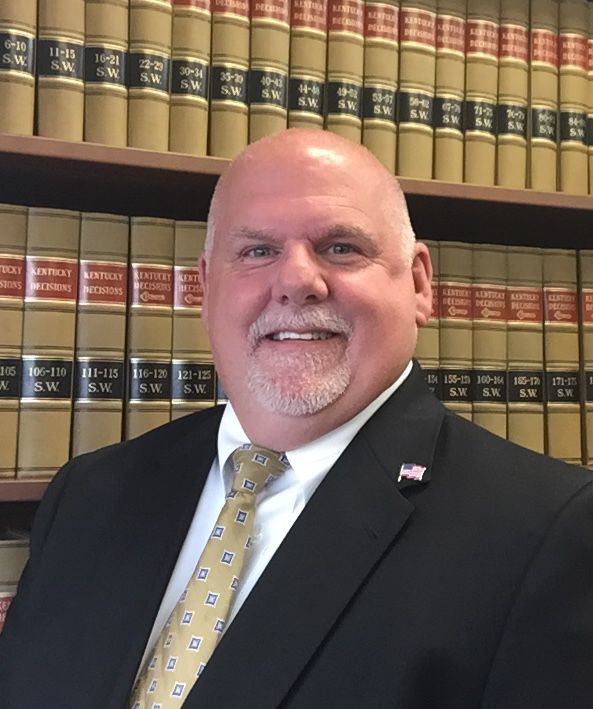 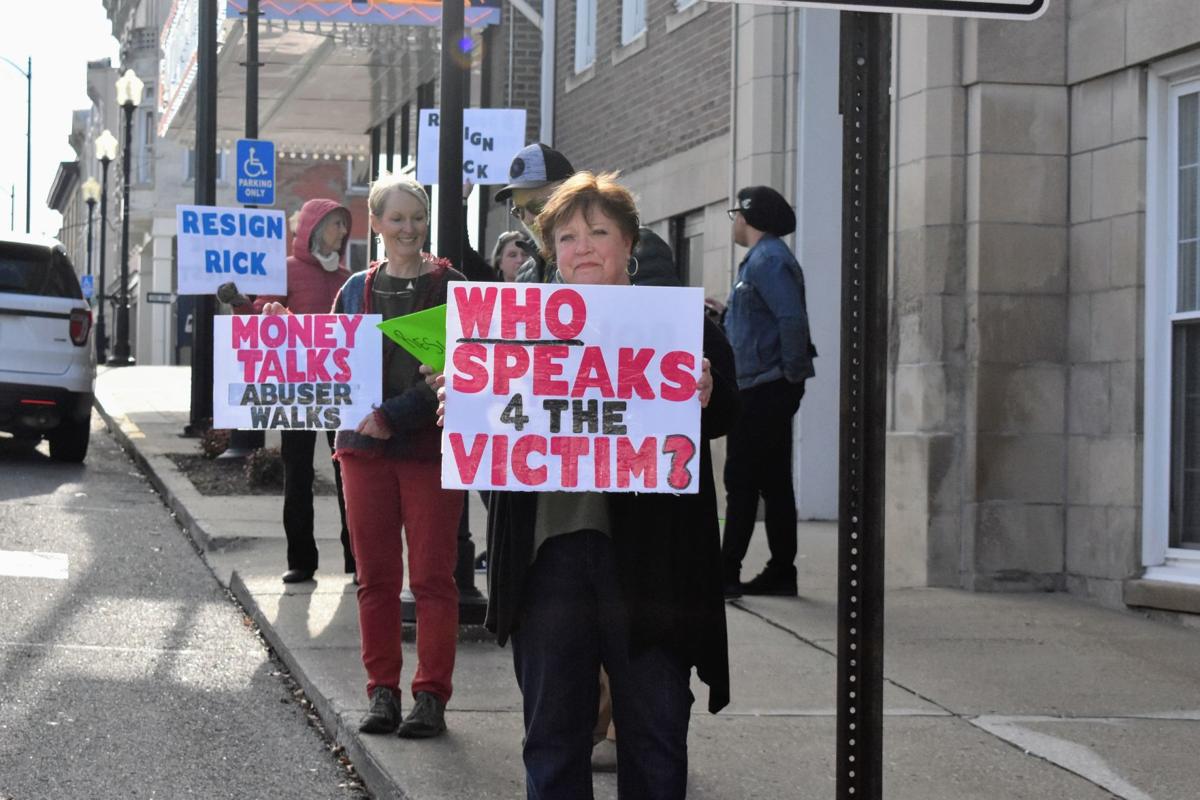 A handful of protestors hold signs Jan. 13 as they protest and demand Commonwealth’s Attorney Rick Boling resign following the news that he wrote a letter to former Gov. Matt Bevin asking for the pardon of Dayton Jones.

A handful of protestors hold signs Jan. 13 as they protest and demand Commonwealth’s Attorney Rick Boling resign following the news that he wrote a letter to former Gov. Matt Bevin asking for the pardon of Dayton Jones.

Christian County Commonwealth’s Attorney Rick Boling has been absent from both circuit courtrooms in the weeks following the release of the letter where he asked former Gov. Matt Bevin to pardon Dayton Jones.

Both Judge John Atkins and Judge Andrew Self shared Thursday that there is a “mutual agreement” between the two judges and Boling that he remain absent from their courtrooms for the “foreseeable future.”

Atkins confirmed this agreement, but said he is unsure of what the outcome will be. Atkins declined to share his thoughts on the letter Boling wrote on behalf of Jones.

Self also declined to share his thoughts on the matter but gave a general statement, saying it is important to safeguard the integrity of the court system.

“It is very important to us that we safeguard and defend the integrity of the court system, for everyone,” Self said. “For both the prosecutors, defenders, defendants and even the public.”

Over the last two weeks, Boling has not appeared in court for any cases based on the mutual agreement. Because of that, assistant commonwealth’s attorneys have stepped up and covered his cases.

Self said with Boling’s absence, there has been “no impact” on the cases in his courts. He said the assistants, Jerad Smith and Stephanie Bolen, have done a great job in Boling’s absence.

While Boling has agreed to not appear in their courtrooms, he previously stated he has no plans to resign.

The New Era made several calls to Boling on Thursday, but none were returned.

Last Monday, roughly 30 or so people stood outside Boling’s office protesting and demanding he resign due to the news of the letter.

Tammy Mason organized that rally and has a second protest planned for 8 a.m. today at the Christian County Justice Center.

According to New Era archives, Jones was granted a commutation Dec. 9. The letter Boling wrote on official letterhead Dec. 7 asking the former governor to pardon Jones was released Jan. 9, to which Boling quickly apologized.

According to the letter obtained by the New Era, Boling argued that the Democratic Party of Christian County, including former Christian County Commonwealth’s Attorney Lynn Pryor and Judge Atkins who presided over the case, worked to give Jones a harsher sentence because the party was upset that Jones’ grandparents, Tony and Jackie Jones, had switched to the Republican Party.

“There was no sexual gratification involved,” Boling said in the pardon letter.

Boling later apologized for his statements and for writing the letter.

In November 2016, he was sentenced to 15 years in prison with no possibility of probation and a lifetime requirement to register as a sex offender upon release.

Jones, Colton Cavanaugh, Tyler Perry and Samual Miller all pleaded guilty to the Oct. 12, 2014, sexual assault of a 15-year-old who was sodomized with a sex toy during a party. The boy suffered severe internal injuries as a result of the attack. It was also captured on video and shared on social media.

Commonwealth’s Attorney Rick Boling has lost the trust of the community and his legal reputation is stained. It is the consensus opinion of this newspaper’s editorial board that he should resign and vacate his elected office immediately.