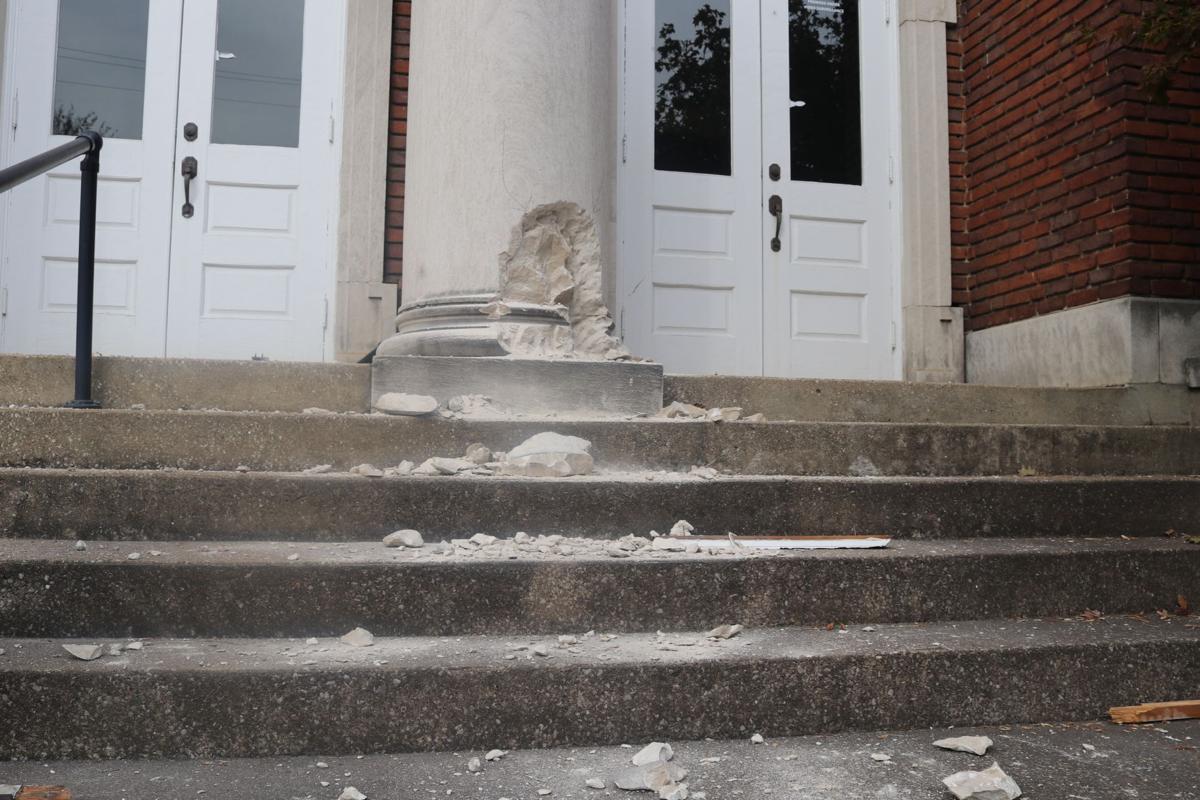 One of the columns right outside of Duncan Chapel just above the steps leading to the entrance is said to have a Bible planted as a time capsule. 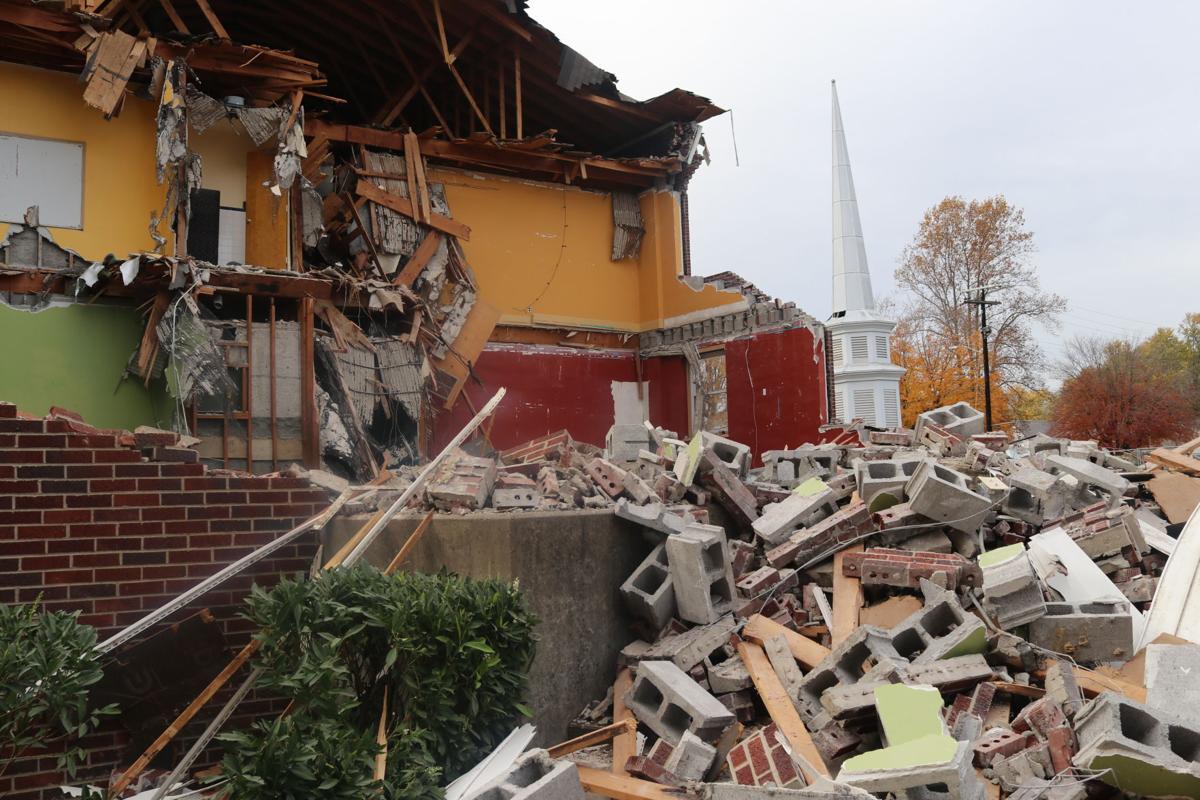 Demolition has begun at Second Baptist Church. Duncan Chapel will have a new look in 2022.

One of the columns right outside of Duncan Chapel just above the steps leading to the entrance is said to have a Bible planted as a time capsule.

Demolition has begun at Second Baptist Church. Duncan Chapel will have a new look in 2022.

Second Baptist has served a plethora of purposes to the community of Hopkinsville via Sunday worship, vacation bible school, weddings, holiday celebrations, school, nursery’s and so much more. The church is currently under a massive reconstruction. One of the oldest areas in the sanctuary will be torn down and rebuilt. Duncan Chapel which will be turning 100 years old will have a completely new look in the New Year. This reconstruction will be the first phase of the project. Other phases will be getting under way in the future once Duncan is completed.

“It’s time,” said David Wimpey who’s a faithful member, deacon and chairman of the building board. “Second Baptist is a beacon to the West side of town. We thought about relocating due to the pricey upkeep of our historic Church but we ultimately knew that we are a light to the city. Instead of leaving, we decided to start the renovation process which, believe it or not, has been in the works for years.”

Many parts of Second Baptist have been standing since the early 1900s. A cool story that’s been circulating is that in one of the columns right outside of Duncan Chapel just above the steps leading to the entrance, a Bible was planted as a time capsule in a column.

“The time capsule story is a very interesting tale. We are excited to found out how true the story is when we bring down the columns,” said Lee Loving, the construction superintendent. “This is a historic Church and each area we demo is strategically demolished, in order to maintain other parts of the building. This is a massive project we are working on, but it’s a job we can handle. There will be several contractors working together to effectively complete the project.”

Exonerated man shares his first request after 43 years in prison

Thus far through the year, the congregation has been holding both Sunday services, Sunday school, and every other event across the street at the Second Baptist activity center. After phase 1 of the reconstructing Duncan Chapel, the Church will eventually redo the basement where a new nursey through grade six will wwhave access once again. During the New Year in 2022, Second Baptist plans to give the Church fresh new paint, new carpets as well as new HVAC units.

“This is God’s Kingdom. It’s taken years for everyone at our Church to realize we needed to do some updating,” WImpey said. “To see parts of the Church knocked down that’s served us for decades is bitter sweet. But untimely we understood that for us to continue to grow God’s Kingdom we would have to essentially l grow within our own comforts also, especially in our faith. Our goal is to prepare Second Baptist to for the next generations to come. Had we not started renovating, the Church possibly would have died off. But thankfully, we are a united front and excited about the new beginning at Second Baptist.”

Second Baptist is located at: 720 W 7th Street. If you are looking to know more about the extensive and well-kept history of the Church visit the website: http://sbchopkinsville.com/

Jonathan Lockwood Huie once said, “Celebrate endings—for they precede new beginnings.” Though Second Baptist turns a new leaf in tearing down parts of their 20,000 square foot building that hold special memories in many a heart, new memories will be made where the glory of God still abides.