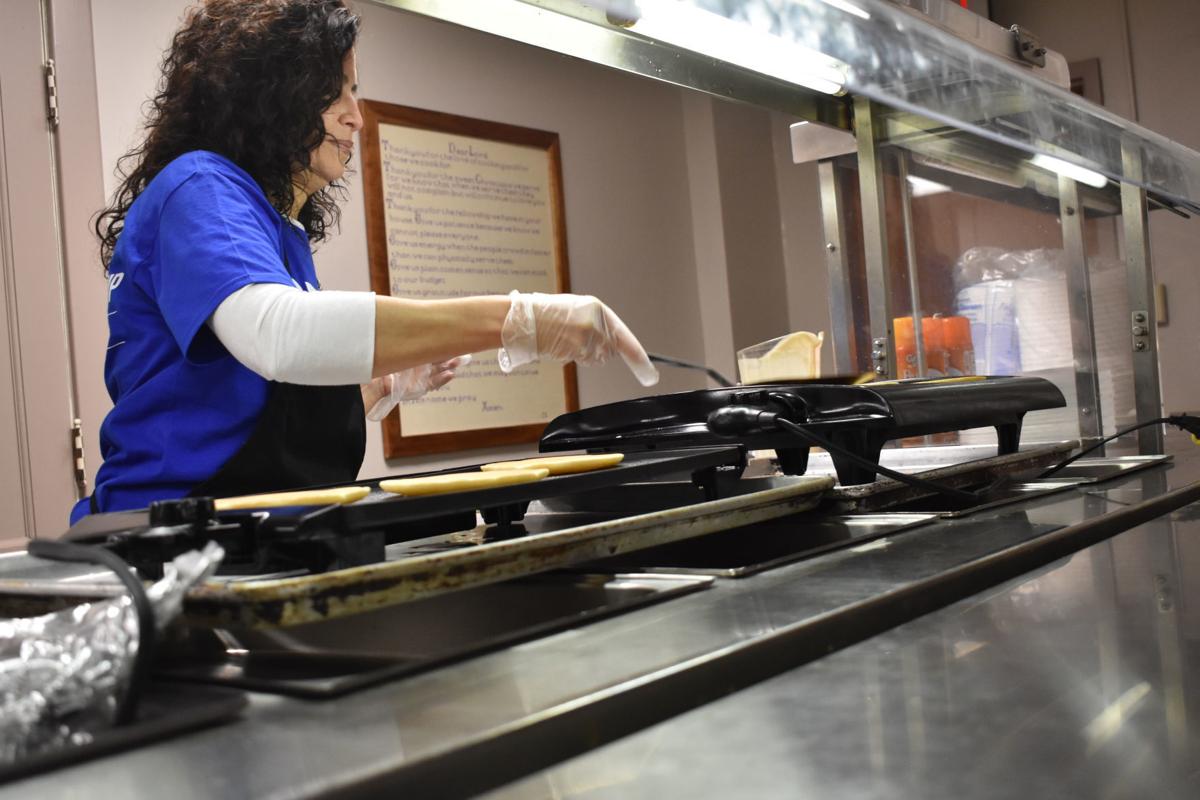 Martha Argotte flips pancakes Saturday morning as she volunteers to help serve during the Relay for Life’s 2020 Pancake Breakfast. The pancake breakfast featured all-you-can-eat pancakes for a $5 fee that would be donated to the Relay for Life campaign. 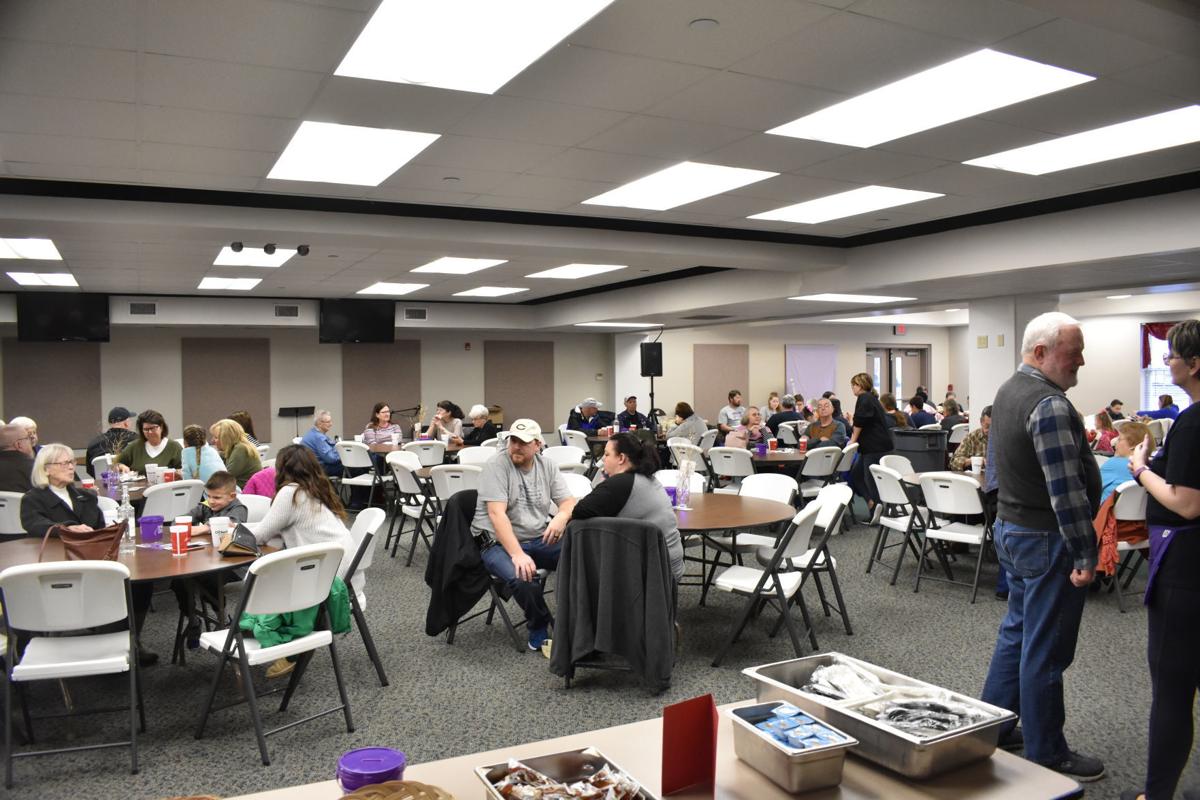 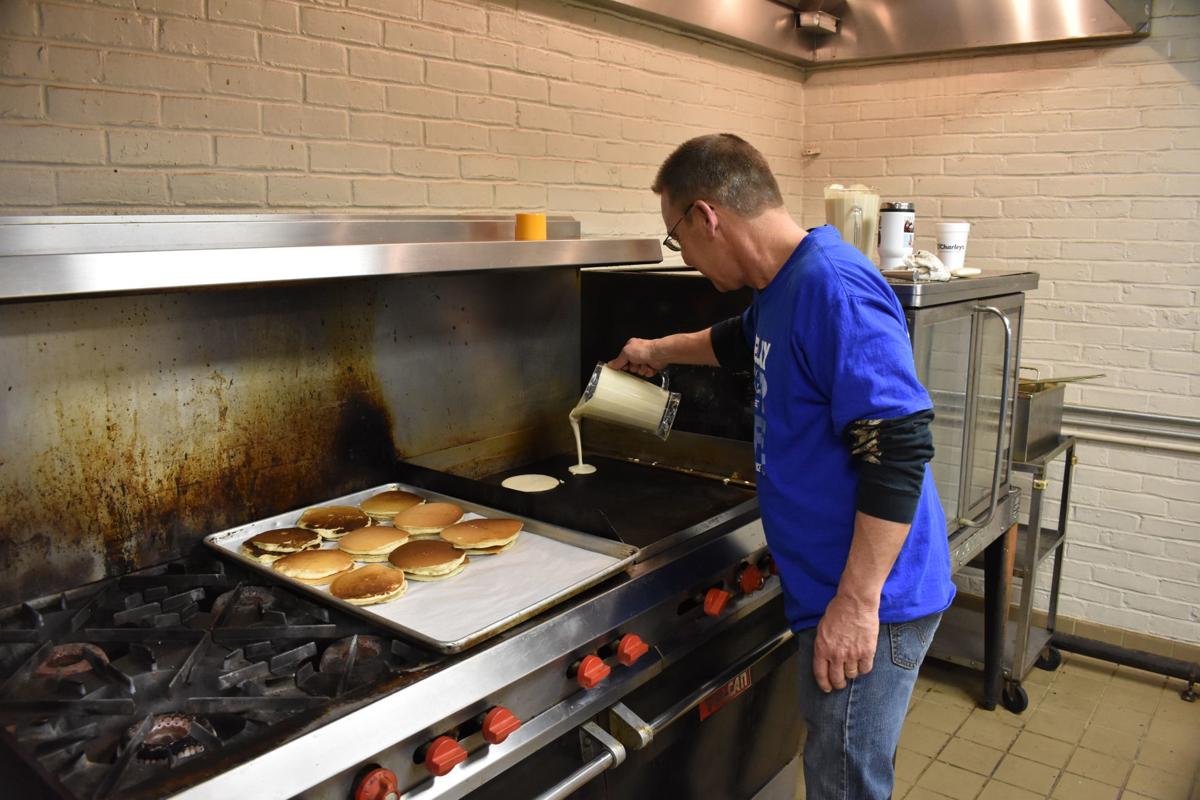 Jeff Futrell pours pancake batter and begins cooking a batch to help with the demand. Futrell has volunteered and helped cook pancakes for the last three years. 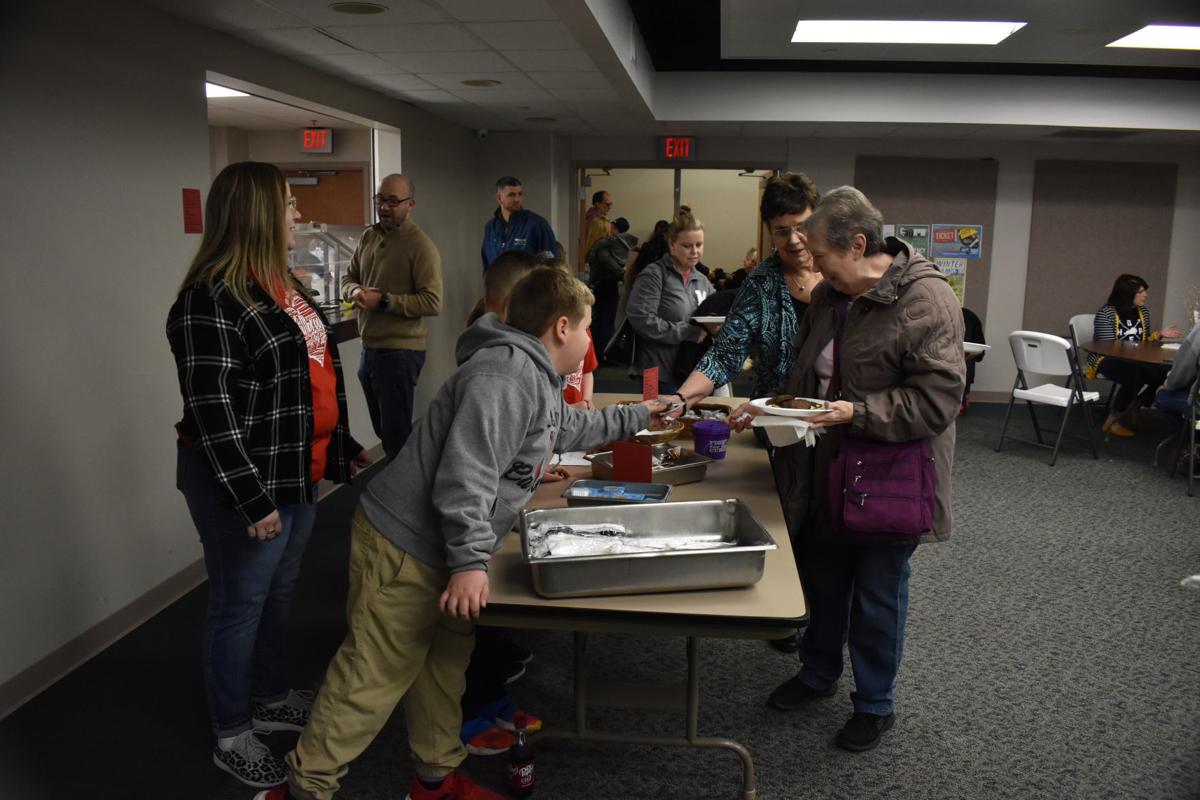 Brandy Hale (left), a fourth-grade reading teacher at Millbrooke Elementary School helps guide Millbrooke students who volunteered to help at the breakfast as part of the school’s K-Kids after school program as they serve two ladies.

Martha Argotte flips pancakes Saturday morning as she volunteers to help serve during the Relay for Life’s 2020 Pancake Breakfast. The pancake breakfast featured all-you-can-eat pancakes for a $5 fee that would be donated to the Relay for Life campaign.

Jeff Futrell pours pancake batter and begins cooking a batch to help with the demand. Futrell has volunteered and helped cook pancakes for the last three years.

Brandy Hale (left), a fourth-grade reading teacher at Millbrooke Elementary School helps guide Millbrooke students who volunteered to help at the breakfast as part of the school’s K-Kids after school program as they serve two ladies.

Citizens had the opportunity Saturday morning to enjoy a hot, all-you-can-eat pancake breakfast all while supporting a positive local cause.

Relay for Life once again kicked off its campaign with its pancake breakfast, bringing in just shy of last year’s breakfast, but starting its campaign double what it was at the beginning of 2019.

With the campaign currently sitting at $52,000 raised, Relay for Life is already one third of the way to its goal of $150,000 for the 2020 campaign. All funds raised will benefit the American Cancer Society.

ACS is a nationwide community-based voluntary health organization dedicated to eliminating cancer as a major health problem by preventing cancer, saving lives and diminishing suffering from cancer through research, education, advocacy and service, according to its mission statement.

Futrell explained that almost $19,000 of the money Relay for Life has raised in this year’s campaign was from the first ever Christian County Real Men Wear Pink campaign.

Despite not raising quite as much money from the breakfast this year compared to last, Futrell is feeling positive about the campaign moving forward.

“I feel really good about it. We made a little less than we did last year, and I think part of that was because it was so cold Saturday morning,” she said. “But, I’m pleased with the turnout and I’m pleased with what we made.”

The pancake breakfast started at 7 a.m. Saturday and ran until 11 a.m. at the First Baptist Church Hopkinsville, giving anyone in the community ample time to drop in, pay a $5 donation and eat as much warm pancakes as they could. And while they ate pancakes, they were supporting a local cause.

“I chose to support (Relay for Life) because it’s a good cause in the community and all the money that they raise, stays locally,” said Paige Parker, the Christian County Circuit Court Clerk, who attended the breakfast with her husband, Hopkinsville City Councilman Terry Parker.

“I like to come out and support the program and get a good breakfast. It’s $5 and you get to support a good cause.”

Terry Parker added that he also chooses to support Relay for Life and attend the pancake breakfast because cancer affects everyone.

“Cancer is something that touches every family. I think of anybody in Christian County or the United States that has not been effected by having a family member with cancer,” he said. “And, it’s just a great organization that says we need to come together to fight and find a cure.”

While some kids came with their parents to eat as much pancakes and syrup as possible, there was a small group of students who chose instead to volunteer and help at the breakfast.

The Millbrooke Elementary K-Kids afterschool club volunteered Saturday morning to help Relay for Life with anything anyone needed.

Students stood in front of a table and handed out butter, sugar, napkins, utensils and more. They also helped volunteers clean up and bus tables.

“(The K-Kids) helped a great deal,” Futrell said of the students volunteering. “They asked if anyone needed anything, they filled up cups, they refilled cups, cleared tables for us. And, we had nothing but great responses from the community about them. I’m glad they volunteered because cancer affects them as well.”

Brandy Hale, the fourth-grade reading teacher at Millbrooke and one of the K-Kids program sponsors, helped guide the students Saturday morning.

Hale shared that she also chose to volunteer along with some of her students to give back. She added that she had also served on the Relay for Life committee, which helped influence her to volunteer.

“I’ve participated in the pancake breakfast when I was (on the committee) and I just felt that we have some of our students that have family members that are survivors or going through the process right now,” Hale said.

“So, we just thought this is one way we could give back. It’s important raise the funds for Relay for Life and continue to support the American Cancer Society and do the things that they do.”

The Sweetheart Ball, 6-10 p.m. Saturday, Feb. 8 at the James E. Bruce Convention Center, 303 Conference Drive, is the next Relay for Life Christian County event. Tickets cost $30 for individuals and $50 per couple. Admission includes a meal, dancing, cash bar, music, and a photo booth.

Futrell encourages everyone to donate or become active in the Relay for Life campaign because it does not discriminate against anyone.

“I would encourage anyone to get involved because it affects everybody,” Futrell said. “The young, the old, men, women, children, all people. Getting involved with the Relay here, you know that a lot of the work that we do goes back in to Christian County.”