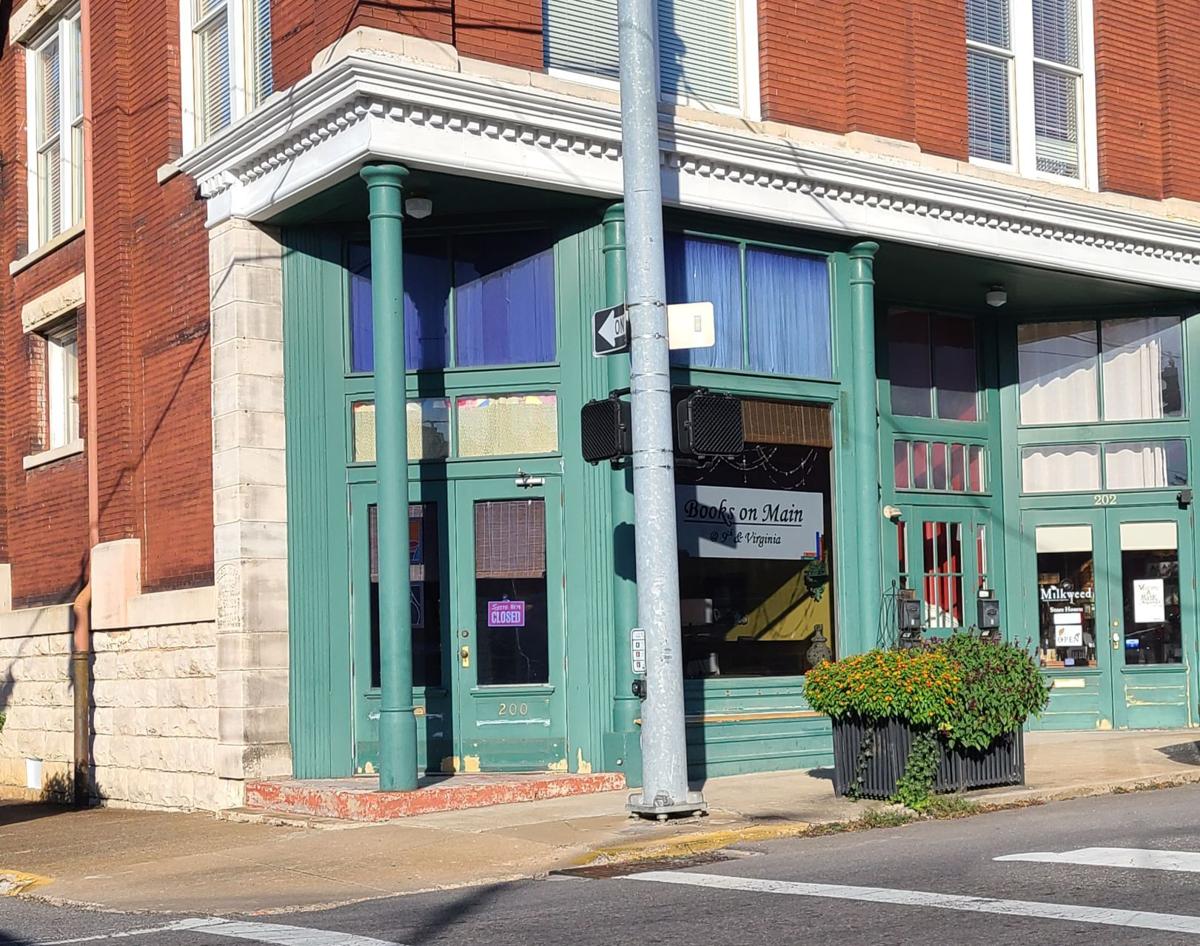 Books on Main, which has been at Ninth and Virginia streets in recent years, is going out of business after 15 years. A book sale is ongoing from 11 a.m. to 5 p.m. now through Saturday and Oct. 8-10. 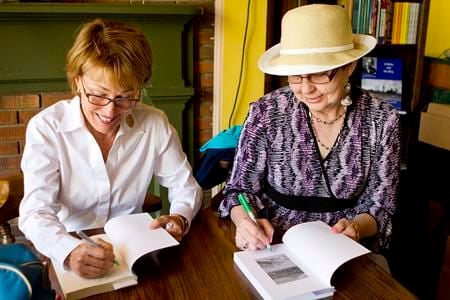 In this 2013 photo, Rebecca Sprecher (left) and Marie Wells Coutu sign books during an event at Books on Main. The two women were in town for their high school reunion and hosted a double book signing.

Books on Main, which has been at Ninth and Virginia streets in recent years, is going out of business after 15 years. A book sale is ongoing from 11 a.m. to 5 p.m. now through Saturday and Oct. 8-10.

In this 2013 photo, Rebecca Sprecher (left) and Marie Wells Coutu sign books during an event at Books on Main. The two women were in town for their high school reunion and hosted a double book signing.

Hopkinsville’s Books on Main will close its final chapter next week as owners Pam and Wayne Goolsby have decided to shut the downtown book nook for good.

Citing a myriad of reasons, the couple ultimately hasn’t been able to reopen the store since the COVID-19 pandemic hit in March.

“My mother is 85 years old and she worked the store,” said Pam, who also has a job as supply pastor at First Presbyterian Church. “She loved having a place to go, she loved it, but after this COVID thing and not going, and Wayne decided to take a new job teaching at (University Heights Academy) and I have this job now — I don’t have time to go down there.”

Selected paperbacks are $1, and all other books are 50-60% off. Other items and fixtures are priced as marked. All purchases are cash and carry, according to the advertisement.

The Goolsbys — both retired school librarians — opened Books on Main in September 2005 in partnership with a former business called Coffee And ...

“They had a little bookstore in it up at the front,” Pam said. “But she was wanting to close that part, so she ended up getting in contact with us, and we decided we would go in and open the bookstore.”

Pam said the store did really well being attached to the coffee shop, but in 2013, they moved the bookstore to Ninth and Virginia after the previous building owner decided to go in a different direction with the property.

Although the store was no longer on Main, the Goolsbys decided to keep the name the same. Books on Main had built a steady customer base who knew they were just a phone call away from getting their next hot read shipped to the store.

Pam said it was fun learning the genre preference of customers through the years.

“Being a small-town bookstore, we learned that carrying the hottest book out at the time was a waste of our money,” she said. “We could not compete with Walmart who could discount it at 30%, so we decided we wouldn’t.

“... Ahead of Christmastime, we would look at what was coming out and we would buy what we knew our customers would like,” she continued, “and they would buy them to give out as Christmas gifts.”

Along with special orders, the Goolsbys offered free gift wrapping and would even deliver books to customers who couldn’t make it to the store.

“We enjoyed delivering and getting to know the people,” Wayne said. “Grandma (Pam’s mother) was so good at ordering things and dropping it off to the Friendship House or places like that. We got to know them, and we have so many great friends who have been good customers to us.”

What to watch for in House races across the country

Pam said they wanted to cater to the community and being involved in the downtown happenings was important to them.

The bookstore was often a venue for author signings, book club meetings and literacy council events. During the fall and winter, several of The Big Read events and the Polar Express readings would happen there.

Wayne said the 2017 solar eclipse was major for getting new customers, and they were even featured in The Courier Journal one year.

Pam said the bookstore became a visitors center of sorts and she will miss meeting the people who just wandered in.

“You remember all the different people who came to town and all the people we’ve met,” she said. “New couples coming into Fort Campbell, how many of them would finally get to the bookstore and they were searching for an area of town or looking for a church or a place to do this.”

Pam said they tried to offer new things like gift shop items, but that didn’t quite catch on.

“Traffic picked up a little bit, but then it just — going in there every day, you just kept trudging along,” she said. “Christmas was really — even for other businesses downtown — Christmas was just not as good, and without a strong Christmas, you don’t have what you need to take you through that lull of winter and then spring.”

After that, the COVID-19 shutdown occurred and put some things into perspective. Pam said many of their loyal customers have passed away, moved to different cities or have converted to reading on digital platforms.

“They say it’s easier to order online or they’ll read it on the computer or Ipad,” she recalled. “Every now and then, there would be a book that they’d want a copy of to keep or to give as a gift.

“... We’re going to miss the connections that you make and the people who come home and stop in, but you know, all of those things don’t pay the bills,” she said.

To that, the Goolsbys encouraged more people to shop local and to try a store downtown. Wayne said he’ll miss their business buddies next door at Milkweed Health and Harmony Emporium.

“If people will try downtown Hopkinsville, they will be pleasantly surprised,” he said.

Although their store is closing, Pam urged people to come up with new businesses to put throughout town.

“People should never give up doing, dreaming, attempting,” she said. “People who live here need to be more aware of the opportunities that are here for shopping and eating and enjoying.”