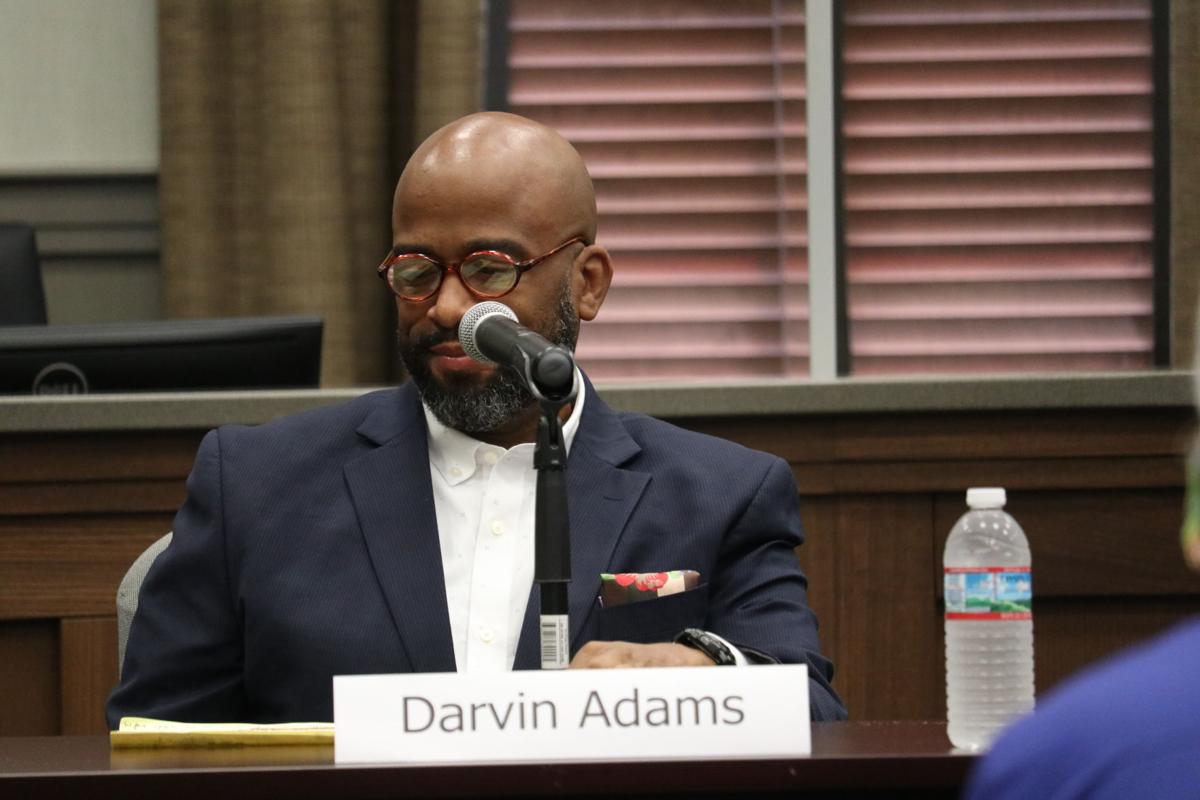 Ward 1 incumbent Darvin Adams looks at his remarks during a candidate forum Tuesday morning in the Hopkinsville City Council Chambers. 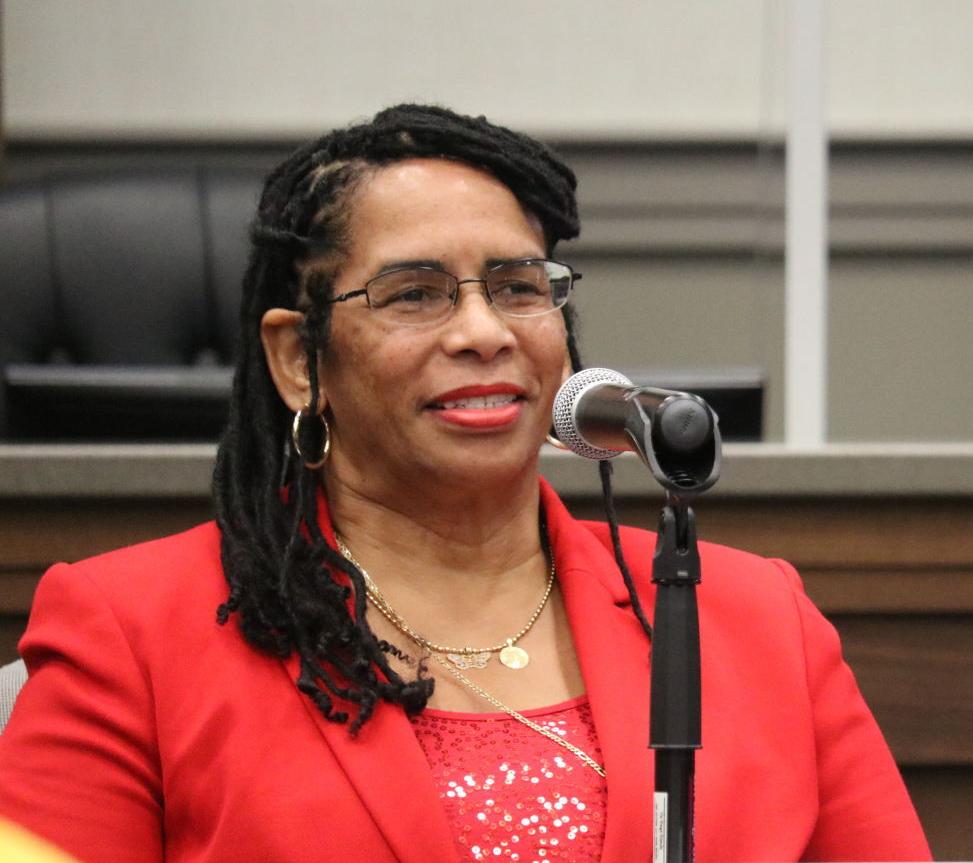 Natasha Francis listens to moderator Yasamin Ausenbaugh read the next question during the forum.

Ward 1 incumbent Darvin Adams looks at his remarks during a candidate forum Tuesday morning in the Hopkinsville City Council Chambers.

Natasha Francis listens to moderator Yasamin Ausenbaugh read the next question during the forum.

The two candidates both ran for the Ward 1 seat in 2018, when Adams came out victorious with over 5,000 votes, according to New Era archives.

In Tuesday’s forum, the two shared their thoughts on a potential mask mandate, restaurant taxes and nonpartisan elections.

On the first topic, neither candidate said they support a mask mandate, but they do encourage everyone to wear one.

“Social distancing and wearing a mask is important because I’ve seen a whole generation wiped out by one person coming in and not wearing a mask,” Francis said.

Adams said, “I’m in favor of trying our best to inspire as many people as possible to wear your mask to protect yourself and others. As far as a mandate, I don’t want to politicize a mask. I’m not willing to take a political side, but I know it’s super important to wear a mask. If we do, I think we could decrease the numbers.”

When asked about restaurant taxes, Adams said he would support city council petitioning the state legislature to allow all cities to pass a restaurant tax, while Francis said she needed more information about the matter.

According to Kentucky Revised Statute 91A.400, former fourth- and fifth-class cities can levy a tax on restaurant sales to fund local tourism commissions.

Forum moderator Yasamin Ausenbaugh said Oak Grove, Madisonville and Cadiz have restaurant taxes that support economic development, but second-class cities like Hopkinsville are not allowed to have such a tax.

“I would support it,” Adams said. “Anyway we can push economic opportunity and empowerment. We’re growing geographically, and I think it’s a great opportunity to expand our economic boundaries.”

When asked what two changes they hope to make to the city if elected, Adams said small business development, improving public school education and affordable housing in all neighborhoods.

A once purple state, to Democratic stronghold?

COVID-19 cases on the rise in Delaware County

“I would like to see positive changes in those three areas, but the one common denominator is economics,” he said.

Francis said she wants new roads in her ward as well as banks that will offer loans or grants to help people purchase homes.

The two candidates were also asked about the recent hot topic of nonpartisan elections.

Adams noted that he was a staunch opponent of the ordinance Hopkinsville City Council tried to pass this summer; however he said he would be in favor of a nonpartisan ordinance that allowed the candidate who wins over 50% of the votes in the primary at the ward level to be the automatic winner in the fall.

Francis said she would have to get more research on nonpartisan elections in order to support it.

“I don’t see anything wrong with partisan, but if going nonpartisan will help, I’m for it,” she said.

In closing, Francis asked everyone in the city to step out of the box and try something different in 2021.

“We can balance things together when we truly listen to both sides and work together for the city,” she said.

Adams said he wants to see visionary leadership and all types of people “coming together for the common good of a city that is much greater than our differences. We must demonstrate leadership in the ward and the city for the holistic advancement of everybody and not just one particular group.”