A member at the Boys and Girls Club of Hopkinsville-Christian County works on an activity during the Great Futures Luncheon video, which was shared on the club’s Facebook page Thursday. Donations can be made by clicking the link attached to the video on Facebook. 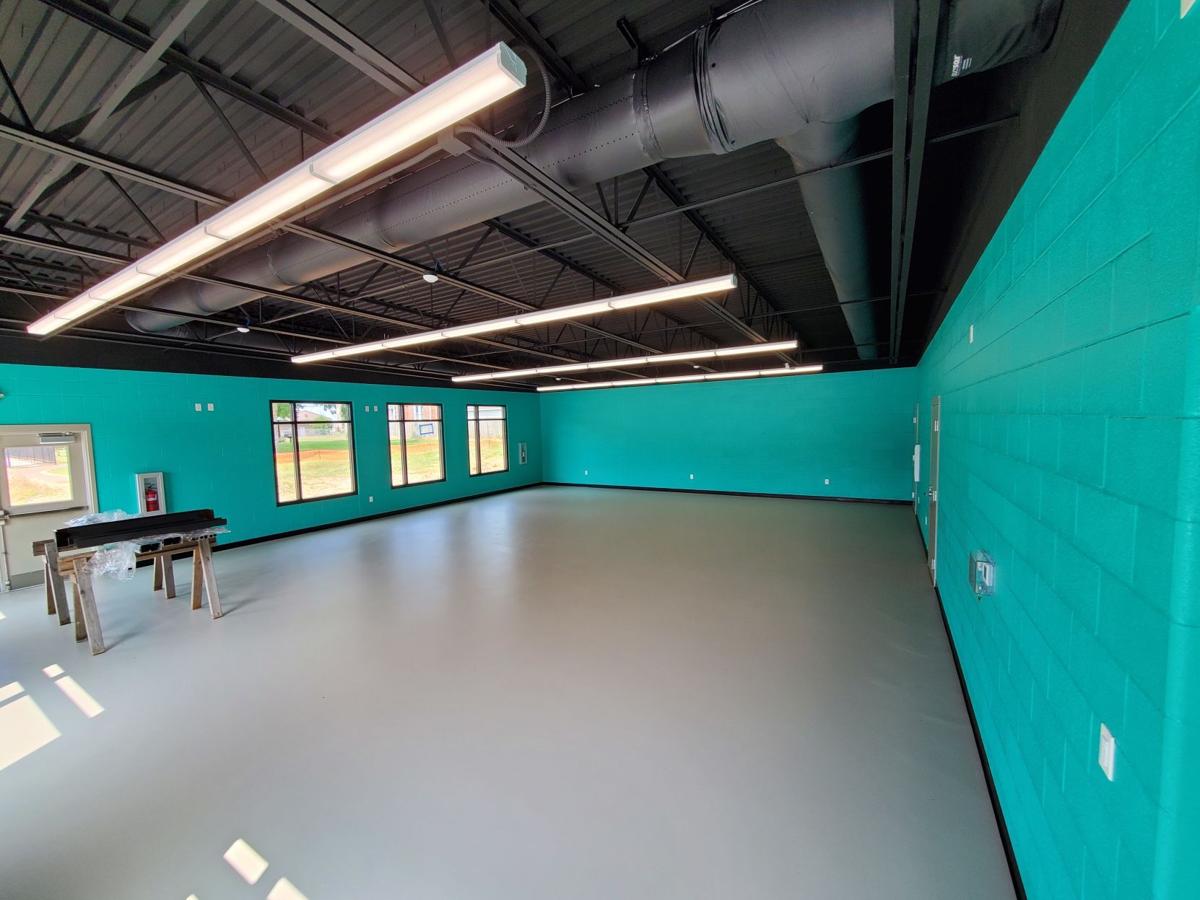 The Boys and Girls Club shows its new kitchen space donated by the Rotary Club and Bill and Kaye Munday.

A member at the Boys and Girls Club of Hopkinsville-Christian County works on an activity during the Great Futures Luncheon video, which was shared on the club’s Facebook page Thursday. Donations can be made by clicking the link attached to the video on Facebook.

The Boys and Girls Club shows its new kitchen space donated by the Rotary Club and Bill and Kaye Munday.

The Boys and Girls Club of Hopkinsville-Christian County took its annual fundraiser and luncheon online this year.

A 10-minute video posted on its Facebook page Thursday shares what the club has been up to since the COVID-19 pandemic changed its offerings this year.

Executive Director Terrence Davis said instead of after-school meals, the staff was able to offer to keep club members and their families fed while school was out earlier this year.

“The board agreed to move program money into a new account that would allow us to have a feeding program,” Davis said. “We realized with kids not going to school and not coming to the Boys and Girls Club, they were not getting meals, so we provided 60 club kids and their entire family meals and snacks for seven days a week, three meals a day.”

A food pantry was also available for parents to come get food for the week and the weekend. Additionally, a new kitchen was donated and completed at the beginning of September.

“This new kitchen that was primarily donated by the Rotary Club and Bill and Kaye Munday will provide us with the space we need to serve kids meals every single day, provide healthy lifestyle classes for kids and give us more program space so we can serve even more kids than what we were serving pre-pandemic,” Davis said.

To subsidize its after-school programs, board chair Angie Goode said the staff worked to create virtual programs for the children and parents to utilize at home.

Goode said the club is now open to club members again, and students who are enrolled in the public schools’ Virtual Learning Academy can come to the club during the day to get help with their class work.

Thirteen-year-old Kyla said in the video that she likes going to the Boys and Girls Club “because I can get help with my homework and I can have fun with my friends and play games.”

Fifteen-year-old Logan said, “The Boys and Girls Club allows me to socialize and hang out and just see some more people that I normally wouldn’t see.”

The Honey Pot Company is changing the feminine hygiene aisle

This isn't sleepaway camp. It's an intervention

Holly Bivins, vice chair of the board, said she is inspired daily by the children’s aspirations.

“Some of the kids that come into the club are in situations that are obviously less than desirable,” she said. “Maybe they’ve been taken out of their home or they’ve experienced things that honestly no kid should ever have to deal with, but I feel like the work that’s done here that we do and the staff provides is a place for them to go and be a kid and have the opportunity that maybe they don’t have in their every day life.

“You can see when they come in that they have goals and dreams but maybe they just need to know that it’s possible,” she said.

Bivins said not every child at the club has a difficult home life.

“We serve a diverse group of youth here,” she said. “But, it just makes things that I deal with seem so small. Every time I volunteer here I feel like I’ve left with so much more than I gave.”

Along with donating financially, Bivins said there are volunteer opportunities and board seats available.

To donate, search “Boys and Girls Clubs of Hopkinsville-Christian County” on Facebook and click the link in the video. Donations can also be made to the United Way of the Pennyrile, which also provides funds to the Boys and Girls Club.

Davis thanked all donors and stakeholders for their support of the Boys and Girls Club despite the tough year everyone has had.

“Nothing we do could be done without the help of everyone in this community, and I am forever grateful,” he said.