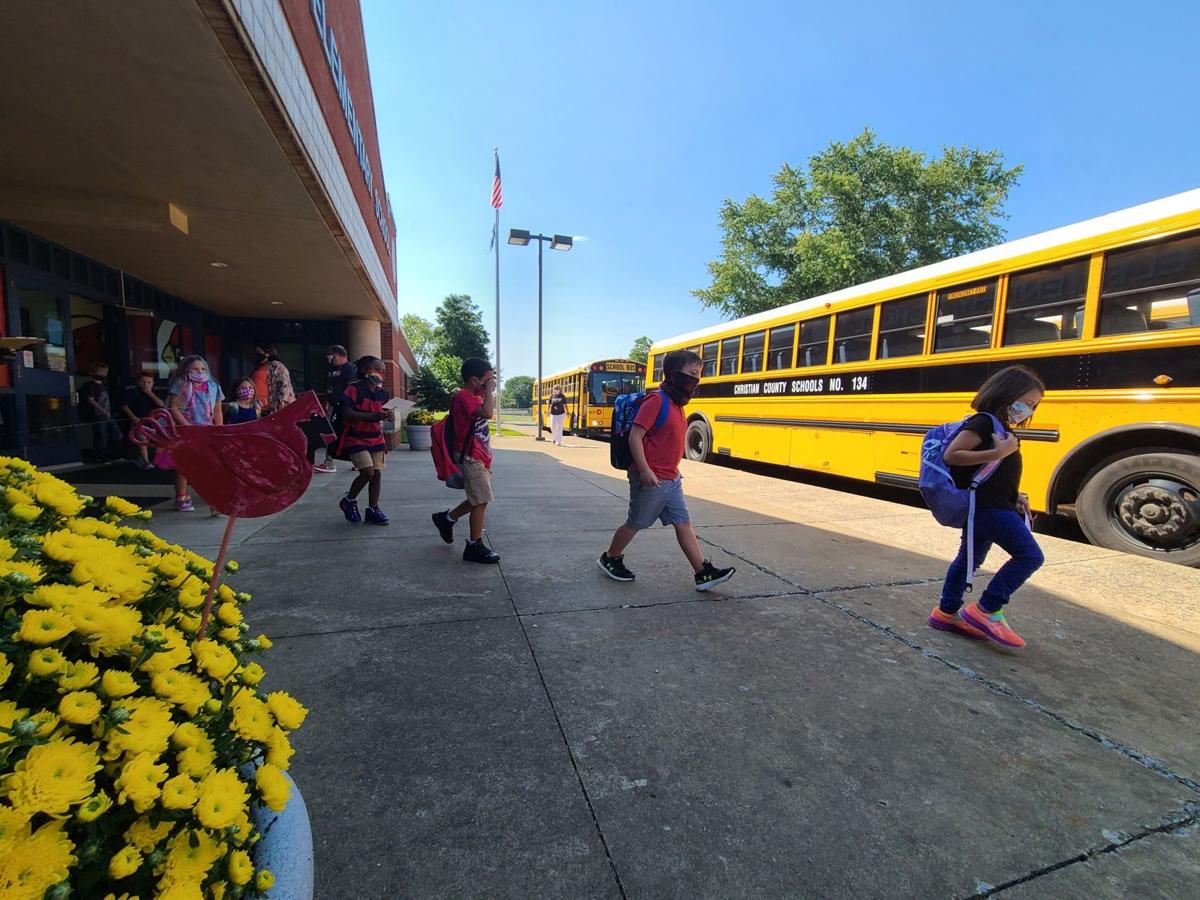 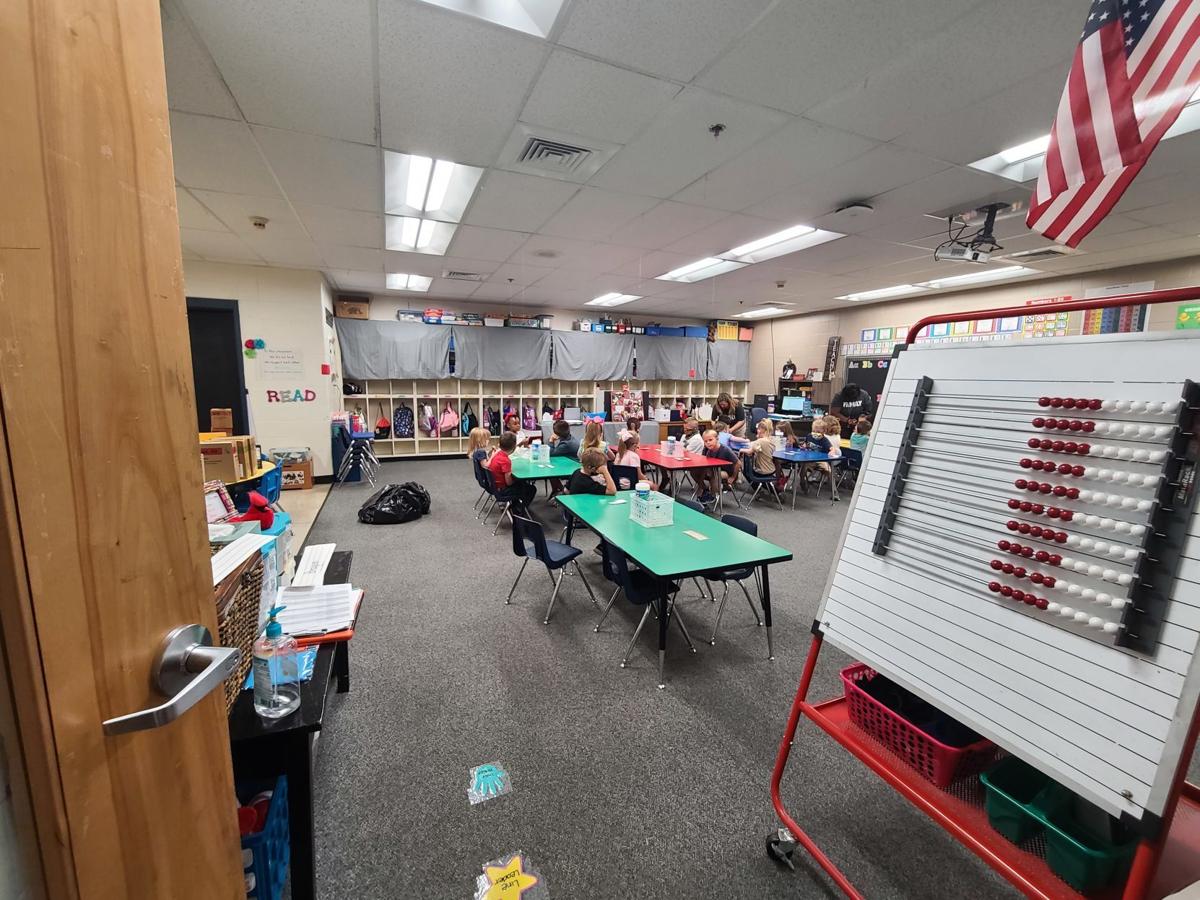 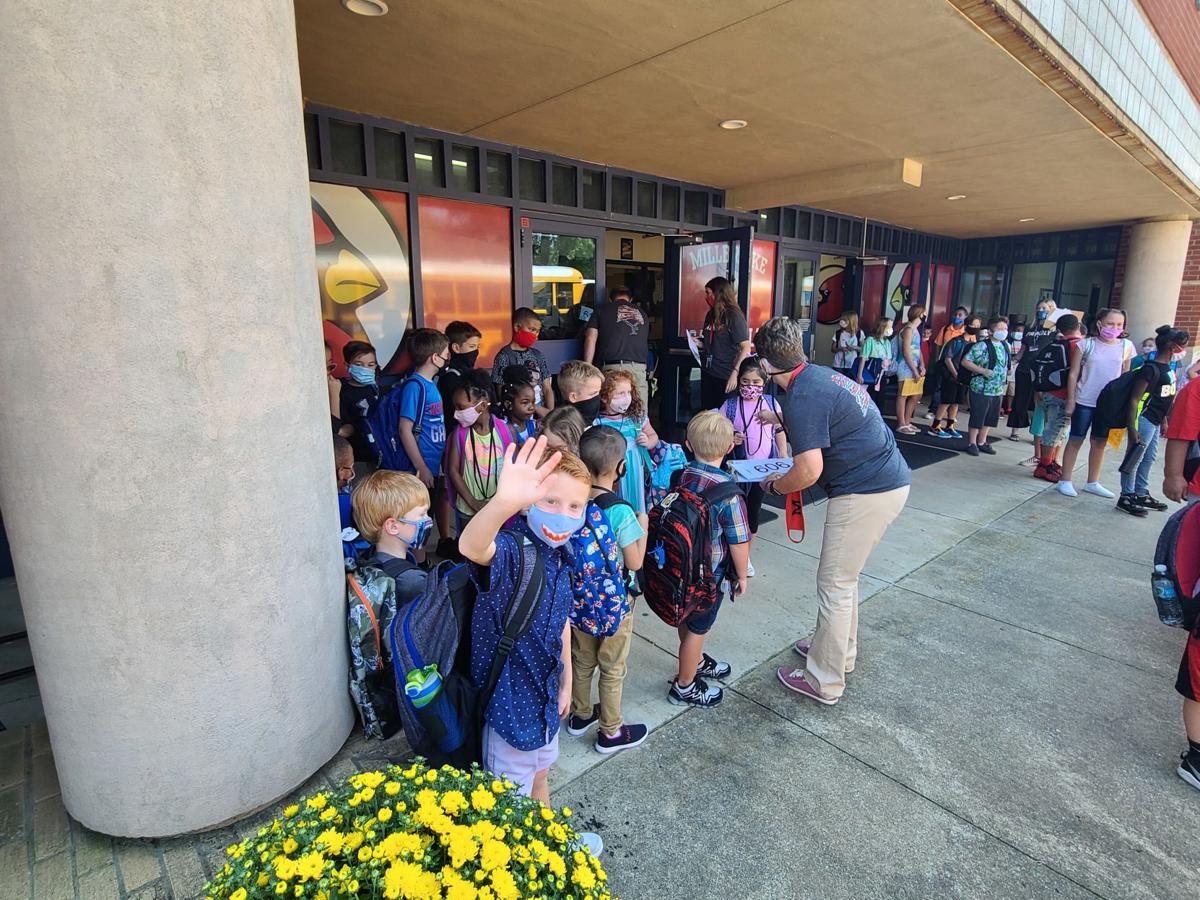 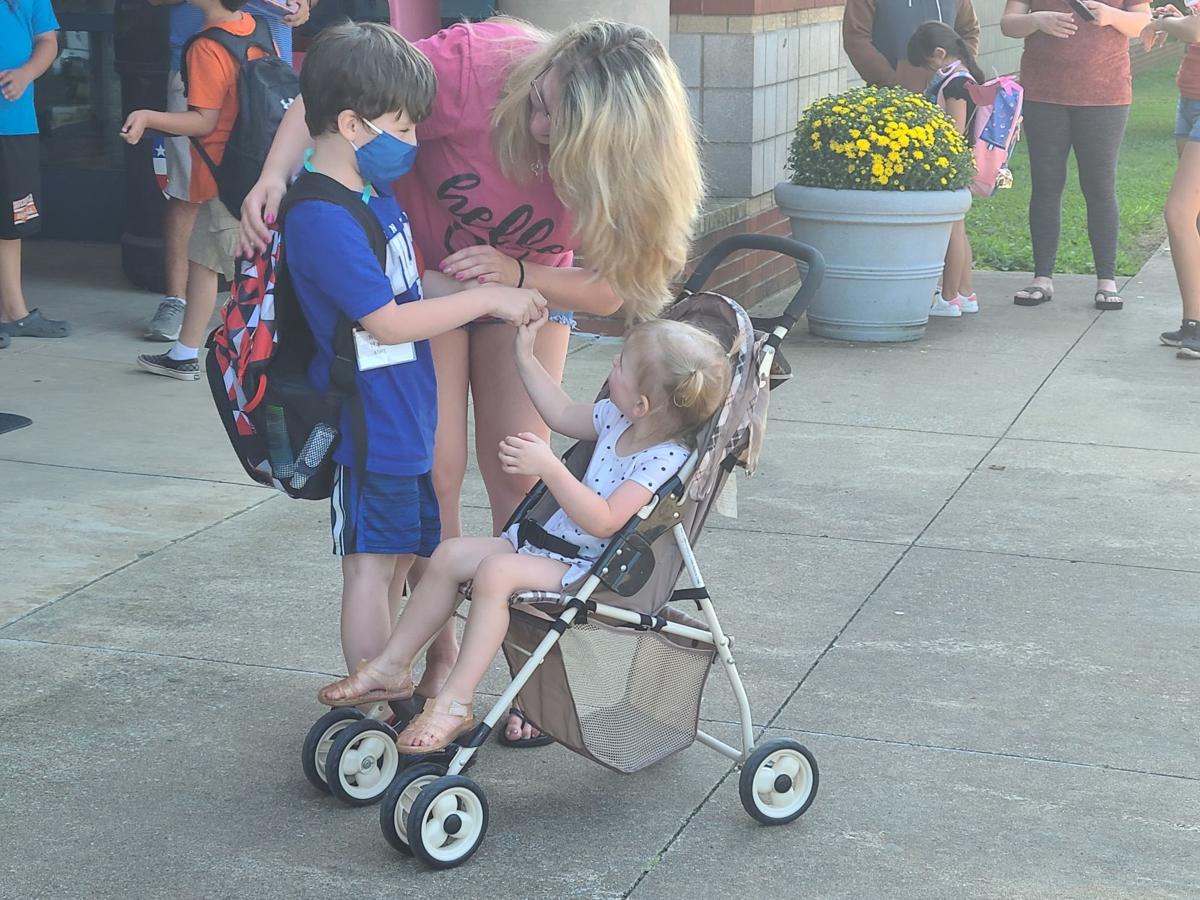 At promptly 2 p.m. Tuesday, a fleet of bright yellow buses rolled into the front driveway of Millbrooke Elementary School.

The first day of in-person instruction for Christian County Public Schools had come to an end.

“I told my staff our job today was to get them here, love on them, feed them and get them home,” said Renikka Owen, interim principal at Millbrooke.

Shortly after, parents’ vehicles began to form a large loop around the school building to pick up car-riders along the side.

Walking parents stood patiently on the front sidewalk as they waited for their little ones to come bursting out the front doors.

“Thank you all for your patience,” said one administrator as she peeked her head out during the end-of-day duties. “We appreciate it.”

It was a first-day routine many parents, students and teachers had done for years before, but this time, everyone wore masks and practiced social distancing as much as they could. They were hoping for a year with no interruptions from COVID-19.

“Today was very nerve-wracking,” said Dana Hill, mom to Millbrooke first-grader Alex Russell. “He was excited; I about cried, but he was ready. He wants friends and likes to play.”

Hill said her son hates wearing a mask, but he was willing to comply if it got him into his first day of “real school.”

“He’s got a Batman mask and a Superman mask,” she said. “My mother-in-law also works here so I knew she could keep an eye on him.”

Jennifer Blane, mom to third-grader Emma Blane, said her daughter was determined to find a mask to match her first-day-of-school outfit.

You can rent the 'Home Alone' house. Take a peek inside

Counties with the highest COVID-19 death rate in Kentucky

Elementary school students will go to school every weekday, while middle and high school students will alternate in-person and virtual learning several days a week on a hybrid model. Parents who objected to that option were given another opportunity to register their students for the Virtual Learning Academy, which doesn’t require them to report to the building.

Both moms said they had concerns about the first in-person school day but decided on it for the betterment of their student.

“I’m a nurse at Western State, so I’ve been dealing with this from the beginning, so I felt comfortable with her coming into it knowing that she’s been made aware of how to wash her hands and everything she can do to protect herself and others,” Blane said.

“The social interaction and just getting back into a routine, I think she’s going to benefit more from being in class than she would being at home,” Blane said. “That was our main reason.”

Line by line, students filed out of the school wearing their masks, backpacks and nametags.

Kindergarten students hugged their parents tightly while a shoulder pat sufficed for many of the older kids.

Seven-year-old Ben Bentzel “air high-fived” his new friend as they stood far away in their respective bus lines. The socially distanced gesture was just one inkling that it had been a successful day.

“We’re looking forward to this being a good year without this being an (outbreak),” Blane said as she waited for her daughter. “I’m hoping they can stay in school and not miss out on anymore than they’ve had to miss out on already.”