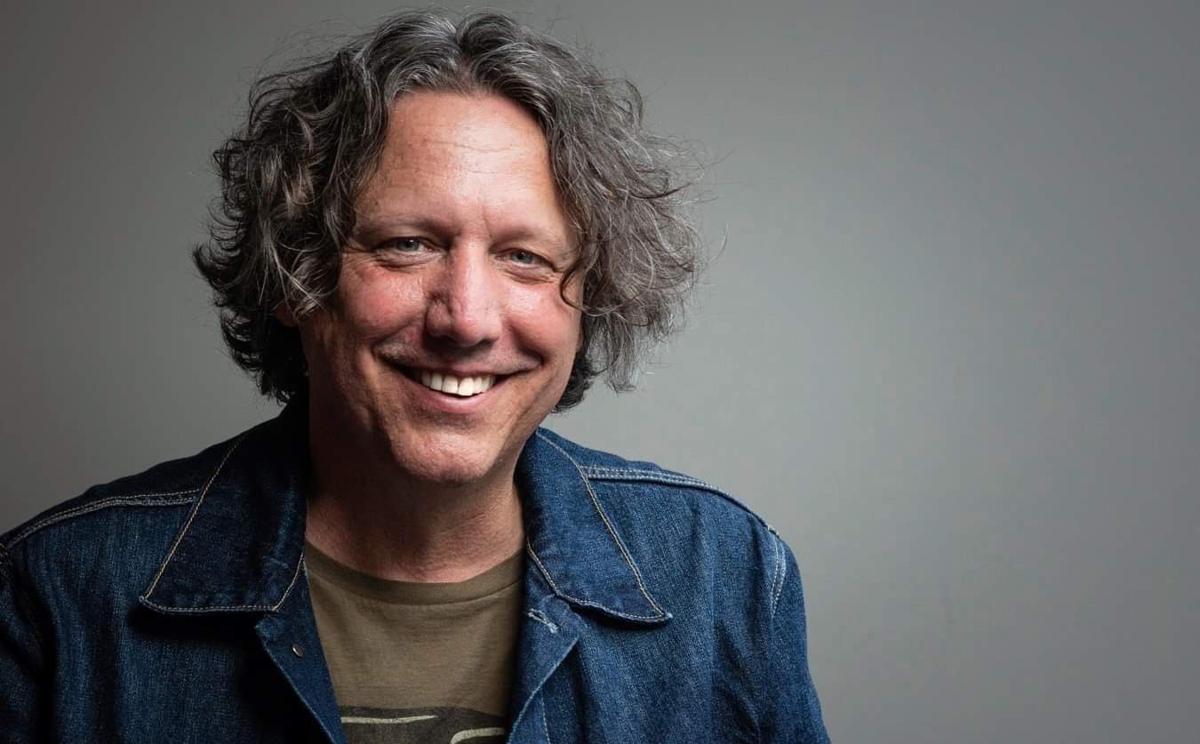 “My focus about everything is what’s next. It’s all about today and tomorrow.” — Steve Gorman Founder of The Black Crowes 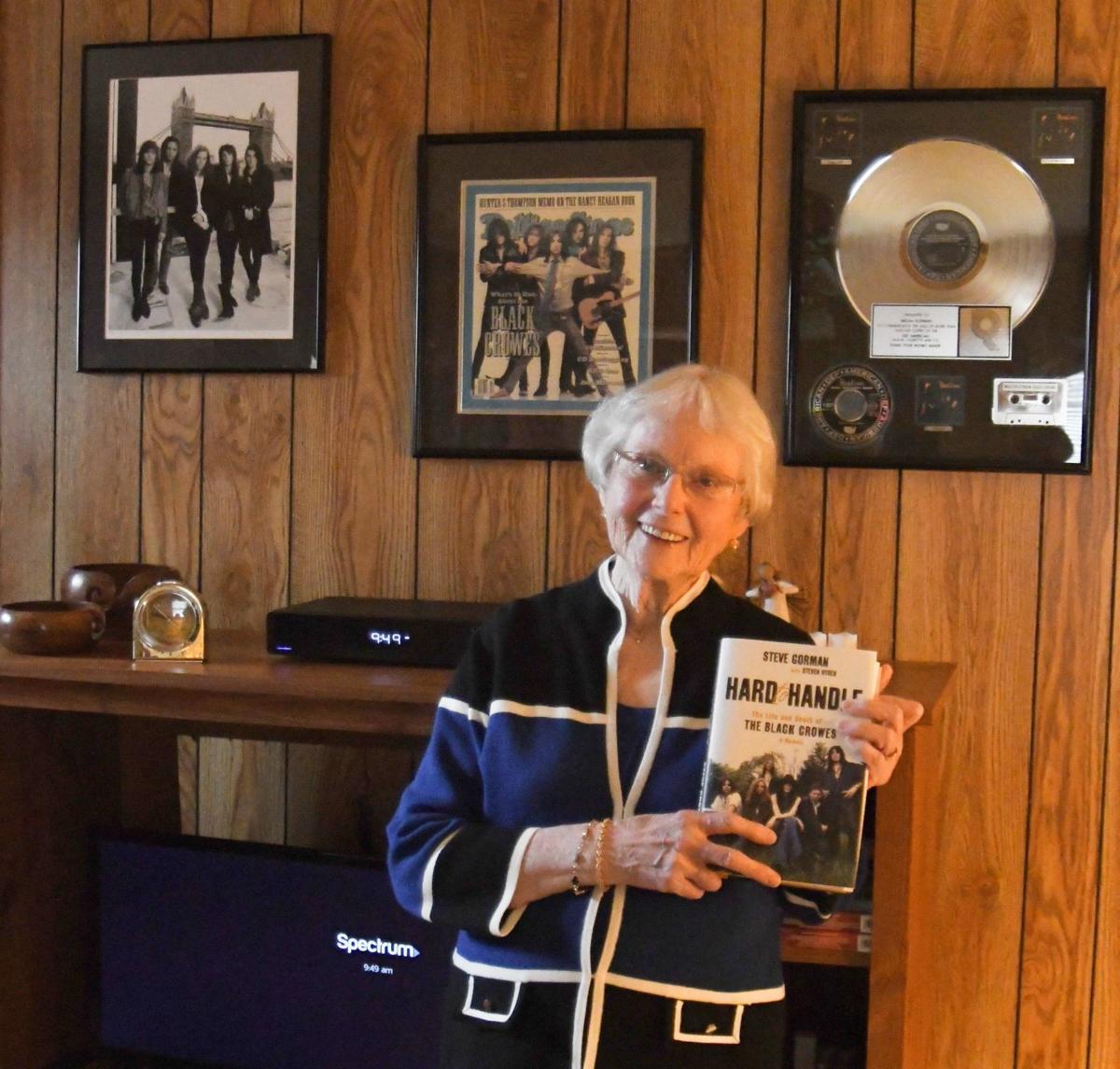 Surrounded by band memorabilia, Imelda Gorman holds a copy of her youngest son’s memoir, “Hard to Handle: The Life and Death of the Black Crowes,” on Thursday morning at her Hopkinsville home. Her son, former Black Crowes drummer Steve Gorman, will return to Hoptown twice this month for community events.

“My focus about everything is what’s next. It’s all about today and tomorrow.” — Steve Gorman Founder of The Black Crowes

Surrounded by band memorabilia, Imelda Gorman holds a copy of her youngest son’s memoir, “Hard to Handle: The Life and Death of the Black Crowes,” on Thursday morning at her Hopkinsville home. Her son, former Black Crowes drummer Steve Gorman, will return to Hoptown twice this month for community events.

The first is a book signing of his memoir, “Hard to Handle: The Life and Death of The Black Crowes” at the Hopkinsville-Christian County Library. The second is a concert by his band, Trigger Hippy, at the Alhambra Theatre.

“I wasn’t born there, but I moved there when I was 10 and it is the town I call my hometown,” Gorman, 54, said. “It’s a cool thing. It feels like it’s long overdue that I’m doing something up there.”

“To do this event at the library Monday and then to come back and play a show, those are both really exciting,” Gorman said. “I haven’t ever done anything professionally (there). I’ve only been in town to see friends and my mom over the years. Of all the shows I’ve played, it’s just never worked out to be in Hoptown. I am excited about both.”

Growing up in Hoptown, Gorman said he had a typical childhood.

“Anybody that goes from 10 through high school anywhere, that’s kind of where the lights all turn on in life,” he said. “We used to go to the Western Kentucky State Fair with the Pennyrile Players. I just had a full life there until I went to college. Then, I went to Bowling Green. So, from 10 to 21, that was still my home.”

Family is important to Gorman, who is the youngest son of Hopkinsville resident Imelda Gorman.

“I’m the youngest of eight,” he said. “Every one of us would tell you that we’re her favorite. That’s just how she is.”

Imelda has memorabilia from Gorman’s years with The Black Crowes in her living room — including photos of him drumming in concert and a framed cover of Rolling Stone magazine.

“I knew he loved music, he was listening to it all the time,” she said. “I still remember driving somewhere and have the radio on and he’s hitting the side window with his fingers (tapping). I thought, ‘wasn’t that cute?’ But, I had no idea he wanted to be a drummer.”

As a student at University Heights Academy, Gorman loved music but did not pursue it while he lived in Hopkinsville “because I didn’t have any friends who were likeminded.”

“I didn’t want to be a drummer as much as I wanted to be a drummer in a band. I needed a band. So, that didn’t happen until I moved away, but I was obsessed with music the whole time,” he said. “When I moved to Kentucky I already had a record collection and it just grew over those years. I spent a lot of time just listening to records and obsessing about music.”

As a teen, Gorman said he preferred New Wave and Punk music and artists of the late 1970s.

“When I was 13-14 years old, that was really what got me going and that was all in Hopkinsville,” he said. “I was really into Devo and U2 — their first album — the B-52s. Blondie was big at that time. I loved the Beatles. I liked all the biggest bands from earlier, but when New Wave hit, basically it was anything that was on ‘Saturday Night Live’ that I had never heard of, I checked out and got into.”

His pursuit of music kicked into high gear while he was a student at Western Kentucky University. His mother remembered when Gorman was a senior he came home at Christmas break and told her he wanted to leave school and move to Atlanta to join a band.

“I always felt that my children had common sense and I was certainly right about him, wasn’t I,” Imelda smiled.

For 27 years, Gorman toured with The Black Crowes.

As the years passed and their fame grew, behind the scenes of chart-topping songs like “Hard to Handle,” “She Talks to Angels” and “Remedy,” the band struggled, Gorman said.

“There was a lot of drama at all times. There was a lot of tension and a lot of dysfunction within the band. It was there from the beginning,” Gorman said. “We were on the same page as far as what we wanted to do musically, but very rarely otherwise. So, the whole time the band existed, it was never lost on me that it was a pretty wild story. Like, what must this look like from the outside? We had an awful lot of internal tension.”

According to reports, The Black Crowes sold 35 million albums and toured continuously until 2013.

“The band ended. Within three or four years getting away from it, the overall story of what the experience was in my view of it and how it made me feel and all that I learned just came into very sharp focus,” Gorman said. “The narrative part made sense for me to write.”

Gorman said his book, “Hard to Handle,” is not just about the band.

“There was friendship first, then loyalty, and then there was betrayal and there was addiction and codependency and there were a lot of secrets and a lot of shame. In the midst of all we were going through, we would go play shows or make a record. Once you remove that, it’s not unlike any other family or other work environments with those same elements. I think it’s a relatable story whether you’re a musician or not.”

His mother has read the book twice.

“I’m probably going to read it again because it’s hard to take in everything that’s in that book,” she said. “I’m glad I didn’t know how awful it was for him at the time. There wasn’t anything I could have done about it, of course, but it’s good to get that out — get that right out of his system. Let the world know how awful things can be even while things are wonderful.”

In the midst of his national book tour, Gorman said he still moves forward.

“I wrote a book about the band, but my focus about everything is what’s next. It’s all about today and tomorrow,” he said. “As honest as it is to have written a memoir, I don’t spend time looking back.”

Later this month, Gorman will join his band, Trigger Hippy, in concert on stage at the Alhambra Theatre, 507 S. Main St.

The band plays a mix of country, Delta blues, R&B and gospel, as well as Southern rock and funk, on its recently released sophomore album, “Full Circle And Then Some.”

Returning to the Alhambra to perform there with his band is special for Gorman.

“I do understand the significance of being from a small town,” he said. “There’s just never been an opportunity to play there. I would have played in Hopkinsville a long time ago if the opportunity presented itself. It feels overdue.”

As a child and teenager, Gorman said he remembers watching several movies in the historic theater.

“I saw ‘Rock ‘n’ Roll High School’ there with the Ramones. That was another band I loved in high school. And I saw ‘Fast Times at Ridgemont High’ there. Those were big. And ‘Raiders of the Lost Ark,’ ” he said. “I saw some really big movies and ones that weren’t as big, but the significance of movies those days … a movie was kind of like an album — it meant a whole lot. It was a cultural shared experience that my kids don’t have the same reverence for. To come back and play at the Alhambra is just astonishing.”

Imelda has seen Gorman perform with Trigger Hippy and likes the chemistry of this band, which includes Nick Govrik, Ed Jurdi and Amber Woodhouse.

“They all have such great vibes. They’re crazy about each other,” she said. “They like what they’re doing. They’re having fun while they’re on stage. Steve is so happy with the people he’s involved with now, really.”

Imelda plans to be at Monday’s book signing and the concert with several of Gorman’s siblings.

“Every mother is proud of her kids, if they are as lucky as I am, obviously,” she said. “I’m just so glad other people are going to see the young man that I see. He is just a nifty guy.”

For the past 10 years, Gorman has created and hosted two nationally syndicated radio shows, including “Steve Gorman Rocks,” a classic rock program, in addition to founding his band.

“Trigger Hippy and the radio show are the things I’m doing the most. I do a lot of interviews about the book, but it’s already been written,” he said. “Right now, it’s growing a band and growing a radio show. I’ve got one kid in college and another going in a year and a half. Then, the important work’s done and it’s time to kick back, maybe.”

In the midst of it all, Gorman said he’s a family man. He lives in Nashville with his wife and two kids and visits his mother in Hopkinsville three to four times a year.

“Releasing a memoir is a lot different than putting out an album in terms of putting it all on the table. That’s all honest — warts and all. It’s hardly making me look like I had all the answers during those years. I was a part of something that made great music and was a really difficult, arduous journey to get there a lot of times,” he said. “It was never my identity … I was the eighth of eight (children) and then I was a husband and then I was a dad. And, I’m still all those things. That’s all I am.”

"I was a part of something that made great music and was a really difficult, arduous journey to get there a lot of times. It was never my identity. I was the eighth of eight (children) and then I was a husband and then I was a dad. And, I’m still all those things. That’s all I am.”

The people you meet in Hoptown

You know the old cliché, “don’t meet your heroes because they’re sure to disappoint.” But, every once in a while, an all-around good guy finds their break at the intersection of hard work and incredible luck. Such is the case with Hopkinsville’s own Steve Gorman.