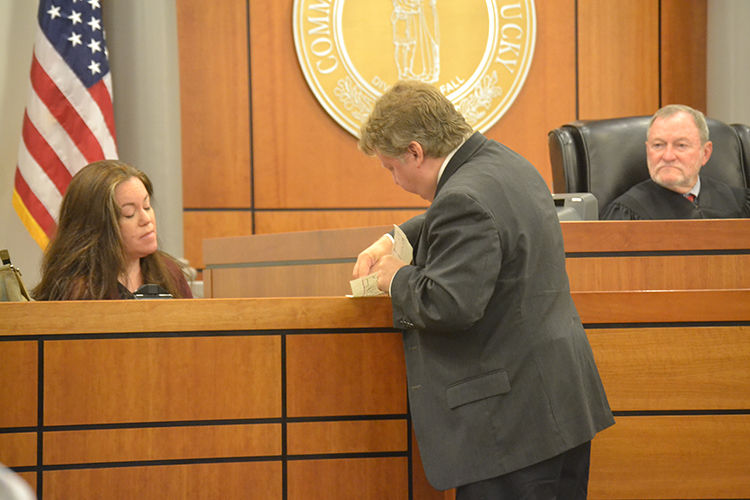 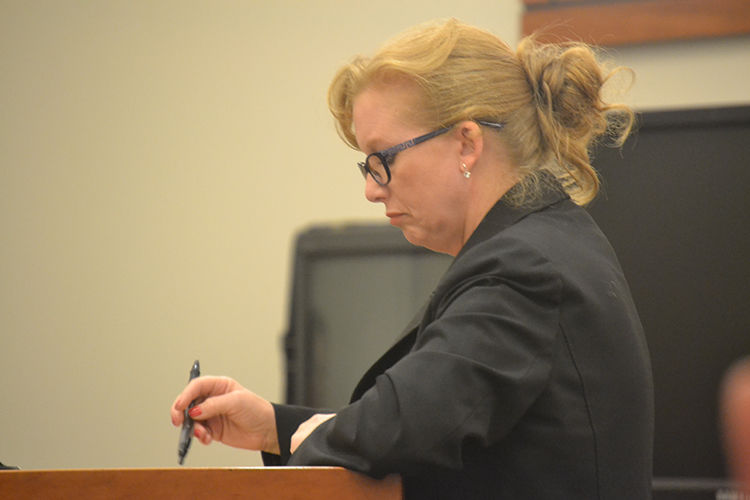 A former employee at the New Life Massage Parlor in Oak Grove recalls the night of Sept. 20 1994 starting off as a “girl’s night of fun”, before two women were found brutally murdered.

Mildred Phillips, formerly Burns, started working at the business, which was a front for prostitution, about two weeks before Gloria Ross, 18, and Candace Belt, 22, were found murdered. They were both shot in the head and had their throats slit.

Phillips and another woman, Tammy Sneed, who also testified in Christian Circuit Court earlier this week, left that night to take a friend home. When they returned, Phillips and Sneed had trouble getting through the door, but Phillips said she didn’t initially believe anything was wrong.

“You don’t think when you leave for 35-45 minutes that you are going to find what we did,” Phillips said during her testimony Friday, referring to the discovery of the bodies of Ross and Belt.

Phillips and Sneed immediately left to go get help after discovering their co-workers, Phillips recalled.

When Phillips detailed the events of the day, she said Carter was present, and came in to use the phone.

Attorney for Carter, Brandi Jones, introduced speculation around another gentleman that was also reportedly present that night.

Looking back at old police statements, Jones said Phillips had told police about a strange man who came into the parlor, who appeared to be Hispanic and was wearing Alabama sports clothing. He looked like he “was on something” and wearing a disguise, according to old statements.

Phillips had difficulty recalling the man, and said to her knowledge no leads or investigation ever ensued.

“If I had any sort of a buzz, it went away pretty quick when we came back and found what we did,” Phillips said.

Also taking the stand Friday was Carol Hanlin, who was married to Carter during the time the murders took place.

She recalled Carter coming in around 4 a.m., and told him “the only thing open this time of night is legs.” He then complained to her about not having the washing machine fixed, she said.

Speculation ensued during cross examination around a gun that Carter had given Hanlin as a present, particularly on whether it was a .22 or a .38 and when the last time she saw it was. Hanlin said she doesn’t know what happened to it, and just assumed Carter took it back.

Covid and the real estate crisis weigh on China's economy

Her husband at the time wasn’t even at home long enough to go to sleep before he headed back out that night, she said.

The former wife of Carter also recalled concerns had by the owners of New Life, Tammy and Ron Papler, regarding a competing business in town.

Carter told them he would get it “shut down,” Hanlin explained, and when he did, the Paplers gave him $500 and took them out to eat at Logan’s Roadhouse.

Hanlin stated she used to clean at New Life, but all the money went to Carter. She said she wasn’t for sure the place was a brothel, but saw clues, such as condom wrappers in the trash and genital, breast, and bottom marks on the mirrors.

Stephanie Pugh, formerly Spurlin, also gave testimony on Friday. She worked as a sergeant at the Oak Grove Police Department during the time the murders occurred.

She recalled what she thought were donation made by the Paplers to the department, particularly in terms of equipment and cash.

Pugh, when questioned by Ritchie-Mize, said she did not receive any kick-backs from the Paplers.

After the murders, Pugh said she noticed a difference in Carter’s behavior, but didn’t see any real changes in Duncan.

Joe Black, brother of Frank Black, was questioned Friday about when three officers came to search the home he was living at with his brother.

Black said he remembers an officer looking at a pornographic magazine, and telling him “Sir, you’re not going to find a murder weapon in there.”

He went onto to say the officers were looking for a knife, but not a gun.

A former Oak Grove police officer acquitted of murder filed a wrongful incarceration lawsuit in Thursday in U.S. District Court against the of…