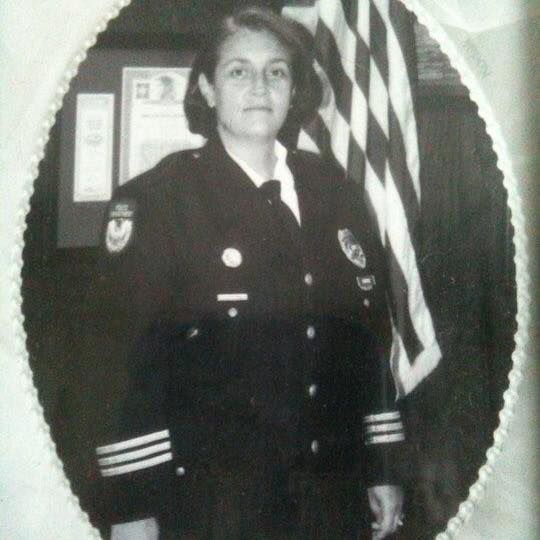 Mary Martins poses for a photo as HPD major-assistant chief in 2003. 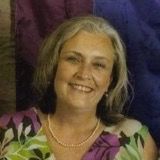 “As strange as it is, it wasn’t something I always wanted to do,” said retired Maj. Mary Martins. “It wasn’t like I wanted to be a cop all my life.”

After Martins made the decision to join the police force in 1984, she later became the first female police detective, sergeant, captain, major-assistant chief and the first woman to retire from the Hopkinsville Police Department.

Martins, 57, shared with the New Era that before joining HPD at 22 years old, she had been struggling in college and dropped out. At that time, her friend showed her a job ad in the newspaper for Hopkinsville police.

“At that time it never occurred to me that you’re doing something most women don’t,” Martins said.

It was only once she was going through the training, passing the same tests men had to, that Martins saw she was being pressed harder than the other cadets because she was a woman, she said.

“Every test I was given, there was a male member of the department there, and he just was on my butt basically the whole time and telling me ‘No, you can’t do this. You’re not supposed to be doing this,’ ” Martins said.

“The more he told me and would say things like that to me during the process, the more I wanted it.”

That became a theme through her entire career — having to prove herself just as capable, if not more capable, than her male compatriots.

“Pretty much every day you had to prove yourself,” Martins said. “Every day, every call, I had to prove myself more so than the men did.”

Despite that, it motivated her.

Martins continued through the ranks, becoming the first female officer to achieve just about every rank in the department before retiring as major-assistant chief in 2004.

Martins noted that she wasn’t the first female hired at HPD, but she stayed to climb the ranks.

Martins entered the force as a patrol officer. After three years on patrol, she wanted to be a detective. Although the captain in charge of the position told her he’d never make her a detective, she continued to pursue it before finally landing the rank under a different captain.

“The day he retired, the next day the new captain made me a detective,” Martins said.

She spent the next six years working as a detective before being promoted to patrol sergeant for four or five years.

After that, Martins said she got the job she really wanted: chief of detectives as a captain, overseeing the entire detective division of HPD.

After just a few months at that position, she was promoted again to major, which she explained was also considered assistant chief. Martins said there were two majors under the chief and each major ran one side of the department.

“I ran all of the investigations, civilian personnel, animal control, and then the other major ran patrol,” she said.

Martins continued at that rank until she retired after 20 years at HPD.

As she moved up in rank, Martins said the men began to accept her more, and she was eventually considered “one of the guys.”

“Once the guys did accept me, I was just one of the guys. I was just another police officer out there to do my job,” Martins said.

“It really, truly did motivate me, especially the two or three of the guys that were really old school there.”

When Martins landed her dream position as chief of detectives, she said one of the first things she did was bring two capable women from patrol to the detective division.

In a 2004 article, Cpl. Tracey Mayberry of the detective division said Martins was a mentor.

“She’s paved the way for us,” Mayberry said to the New Era. “She made it possible for the rest of us.”

Martins said she found a desire to help bring other women and minorities through the ranks, proving they were just as capable as the old-school-minded men who had dominated the local force in the past.

“Especially once I became chief of detectives, I was always pushing for these minorities, whether it was a female or somebody of a different race,” Martins said.

“It wasn’t just the females, but the females were always of my heart and mind because they were coming to me. That’s the way I was trying to help them, so we could band together. There was still a lot of eyes in the department against the women.”

Once at that role, Martins said it became easier for women to be on the force and prove they were capable.

“They were major battles to us at the time that we were able to get through, and I think it helped change the whole mindset of the department,” Martins said.

“Not only that but the chief of police at the time — he picked me to be his major. He had that trust in me. So, having his ear and being able to discuss things on a peer level, changed a whole lot in the department just through his actions.”

At the time, she only viewed it as helping women within the department. She never considered whether she was a role model for other women or girls in the community.

“It never really entered my mind,” she said. “I was trying to be a good cop, trying to serve and protect and do my job.”

In retrospect, Martins likes to think she helped create change in the department.

Today, there are several women within the ranks, doing the job Martins did during the 80s, 90s and early 2000s. Martins finds joy in seeing them doing the job that she proved herself in during her time.

“I love it. Every time I see one of them, whether it’s on a traffic stop or just walking around, inside it makes my heart happy,” Martins said.

“It makes me proud. Proud of them. Proud that we’ve come that far and it’s more commonplace now.”