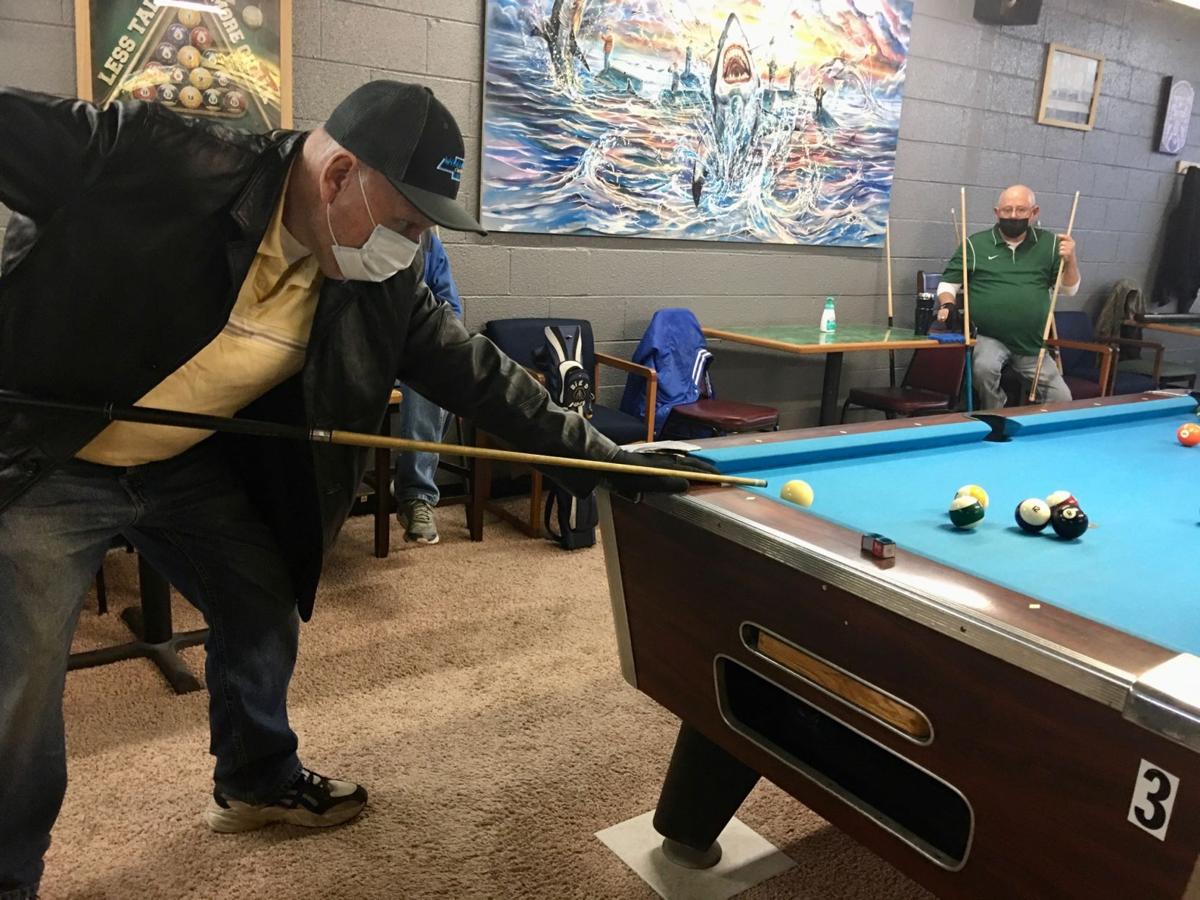 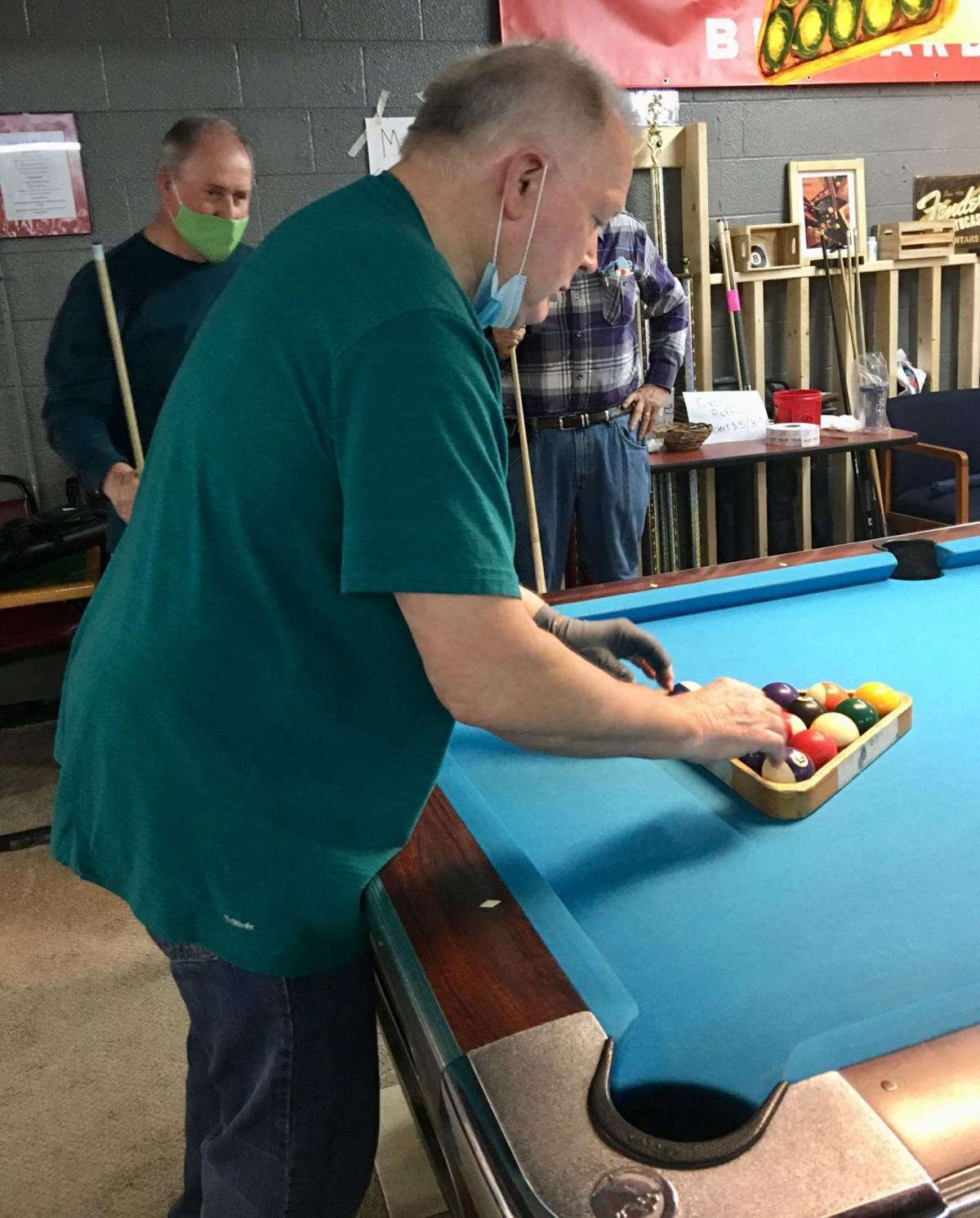 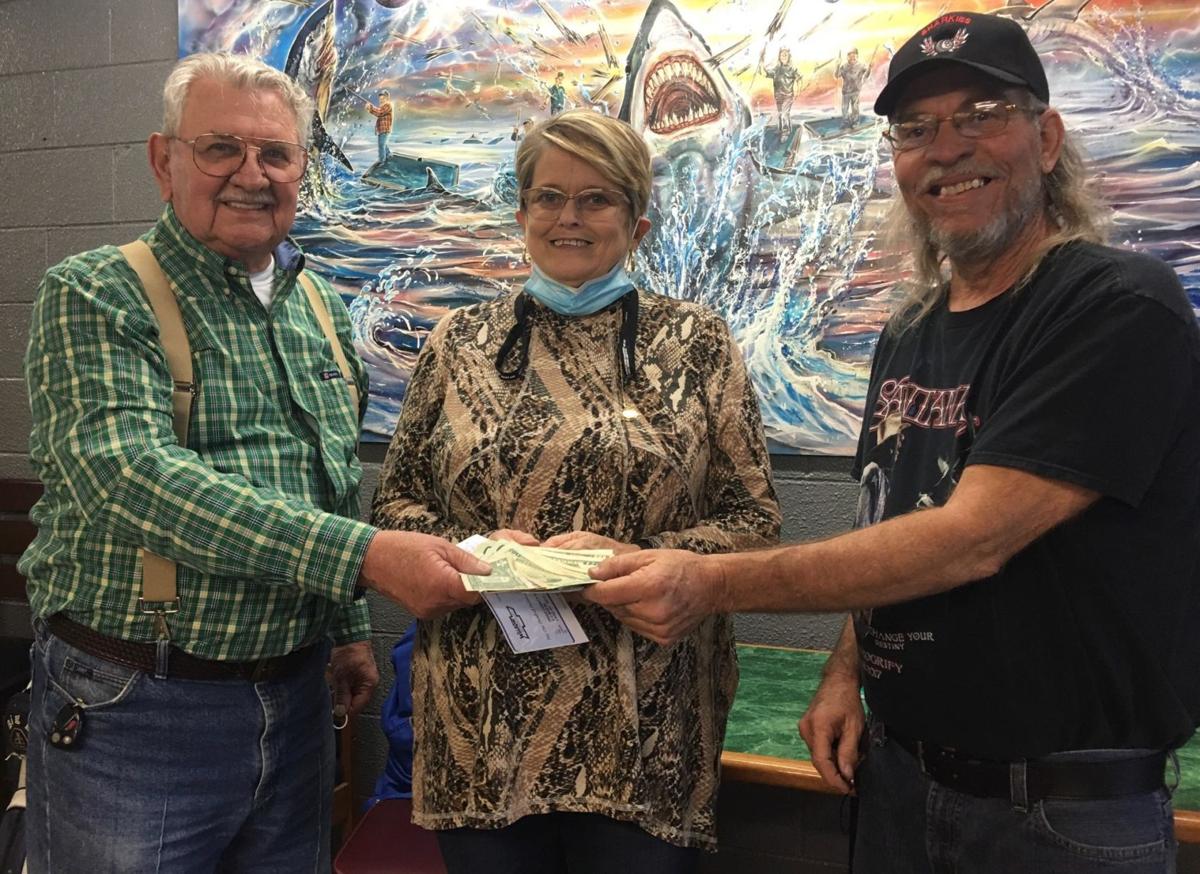 Glenn Herold (left) and Dale Snyder present a donation from the tournament to Cissy Lawrence, director of the Trigg County Senior Citizens Center. 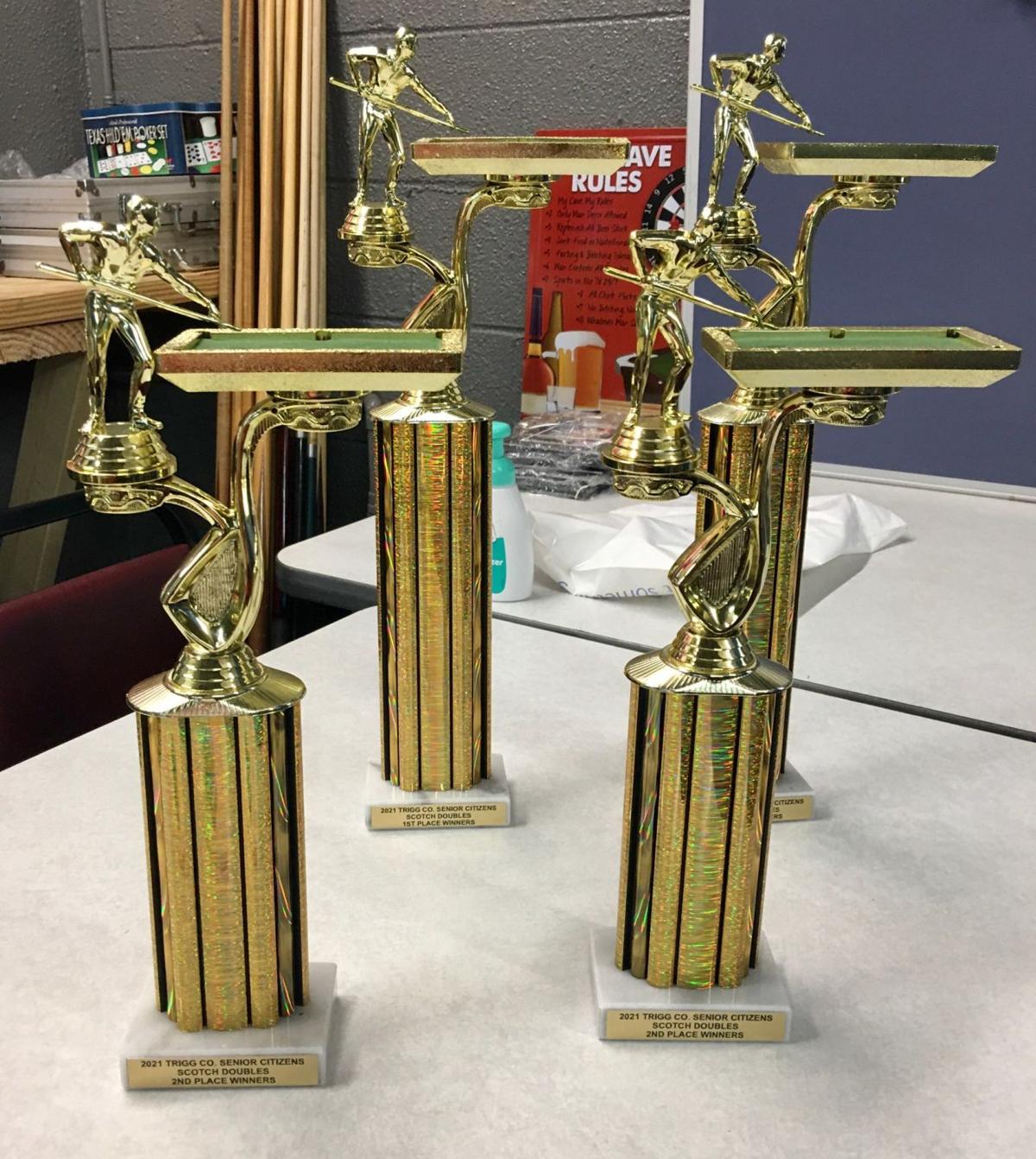 Trophies for first and second place were presented to the winners of the tournament. 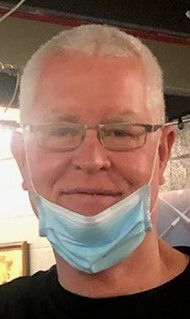 Glenn Herold (left) and Dale Snyder present a donation from the tournament to Cissy Lawrence, director of the Trigg County Senior Citizens Center.

Trophies for first and second place were presented to the winners of the tournament.

The beneficiary this year is specifically the Meals on Wheels program provided by the senior center and Pennyrile Allied Community Services. Tournament coordinator Glenn Herold said half of the tournament’s registration fees and half of the funds raised through the raffle of a pool cue will go toward the food program and the 165 meals that are provided to senior citizens daily in Trigg County.

In a change from tradition, this year’s tournament took place at Sharkie’s Billiards.

Participants normally play at the senior center, but with that facility closed due to COVID-19 Herold said Sharkie’s owner Dale Snyder stepped forward to offer the tables at his Main Street business.

Thomas noted that he’s been in the tournament all four years: “(I) just love to play pool, and I wanted to help the senior center out because that’s what it’s all about,” said Thomas of the March 17 event that attracted 10 teams of two players each who came, not only from Cadiz, but from communities including Madisonville, Hopkinsville and Princeton. “I always have fun getting together with these guys over here because they’re a lot of fun anyway.”

Thomas said he was hoping to see more participants come out to support the senior center, but he said he thought the event did “fairly well” with the numbers of people it did attract.

Last year’s event attracted 15 teams, or 30 people who took part in the fundraiser.

Thomas noted that a lot of senior citizens are shut-ins, and the local center helps meet their needs.

Additionally, he said the senior center offers a place where the community’s older residents who are able to get out can come, have a good time and get a good, nutritious meal.

Covid has killed more police than gunfire since pandemic began

Tapper to Buttigieg: Should we prepare for supply chain issues to get worse?

“They have company (and) a social life,” said Thomas, who hopes the center will soon start offering its normal services once again. “Without this center, I don’t know what a lot of these people would do.”

Trigg County Senior Center Director Cissy Lawrence said the tournament’s proceeds have always gone to the senior center, although this is the first time they’ve gone directly to Meals on Wheels.

Funds this year will go to PACS to support the meals the senior center provides.

“Right now, we’re doing 165 Meals on Wheels every day because of COVID, and we just need the money for everything,” the director noted.

Herold said he wanted to raise at least $1,500 at last week’s tournament, and he did meet his goal.

He noted that the annual event was begun four years ago by Cadiz resident Kenny Travis, who started the tournament as a way to pay back the senior center. Seniors had already been playing pool at the center, coming in “from everywhere” to while away the time, according to Herold.

The senior center had two pool tables, and tournament supporters donated two more and are working on a third. The annual tournament normally takes place at the center and will be hosted there again next year if the event opens back up in the wake of the coronavirus, Herold said.