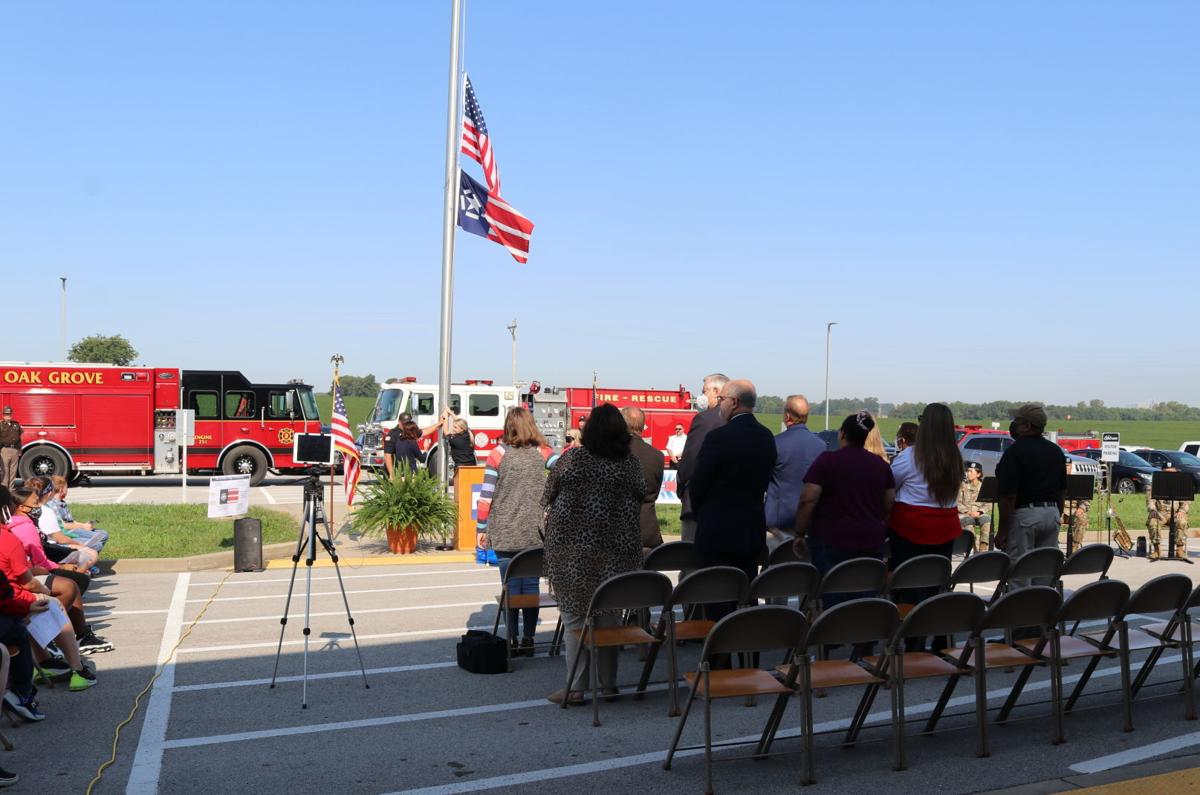 Community members stand during the raising of the flag honoring those who died on 9/11. 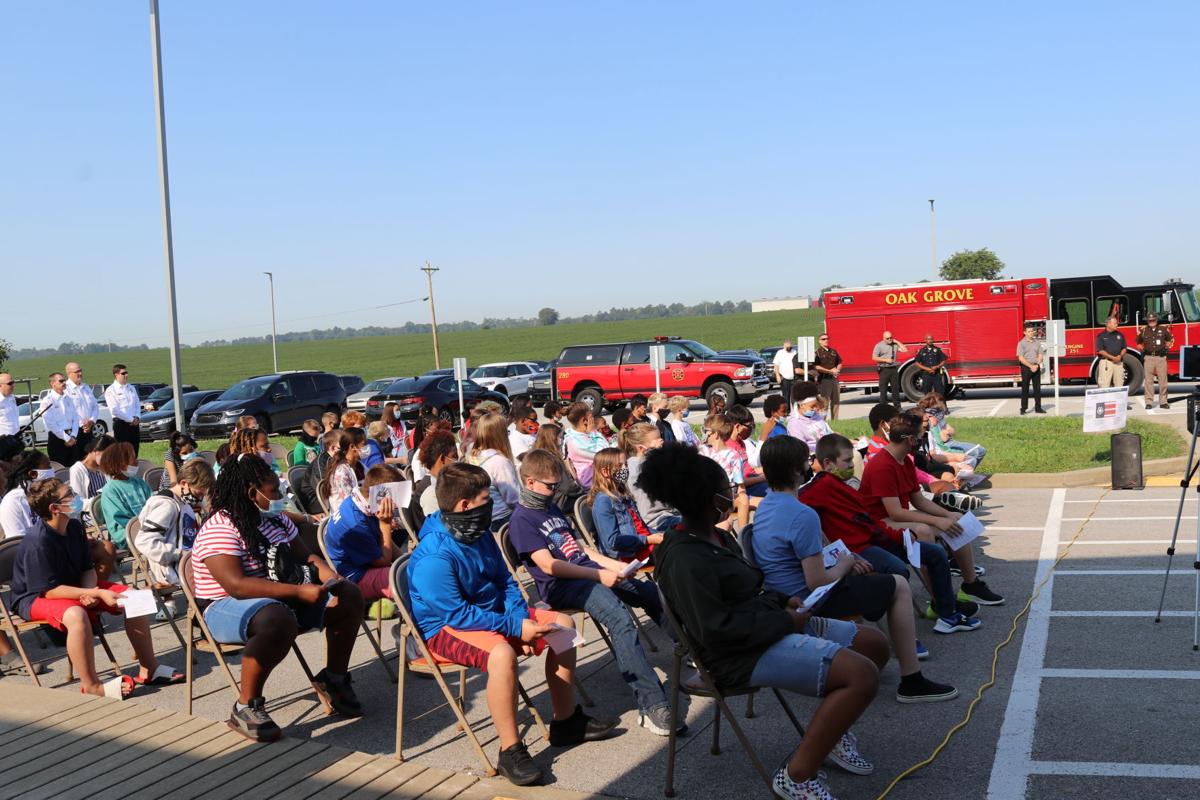 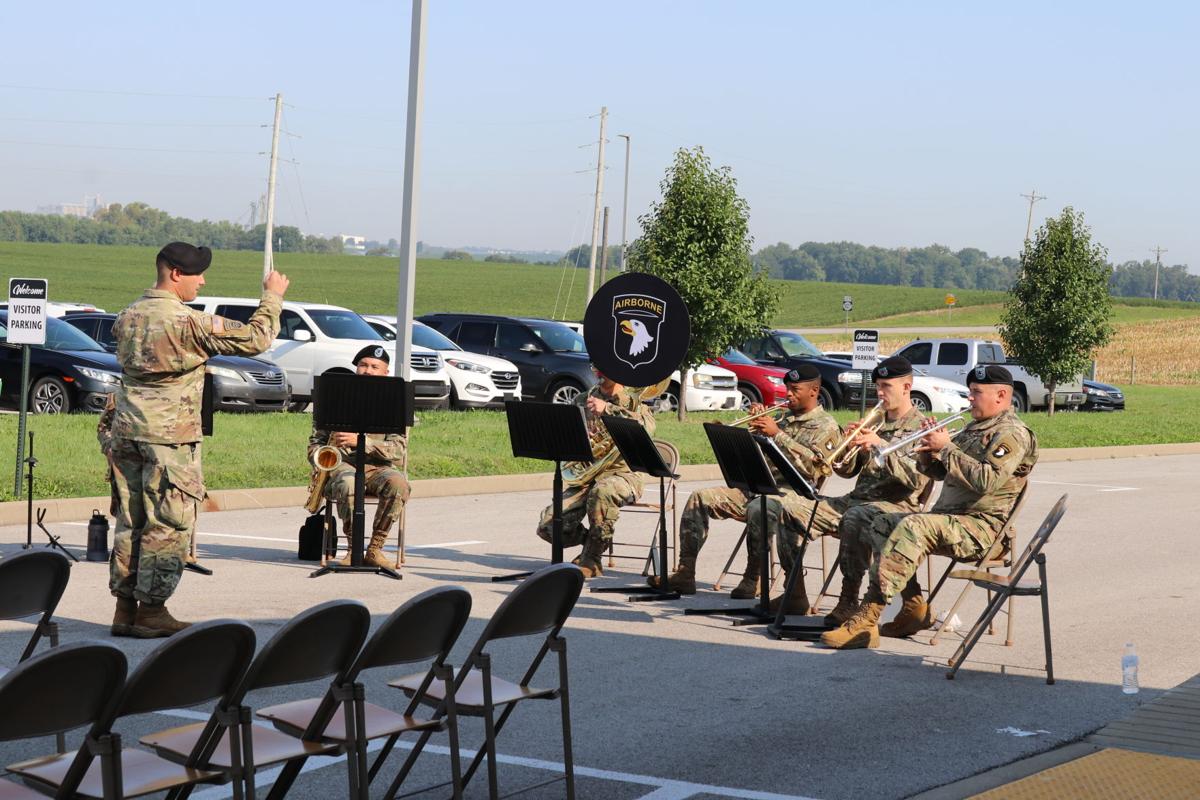 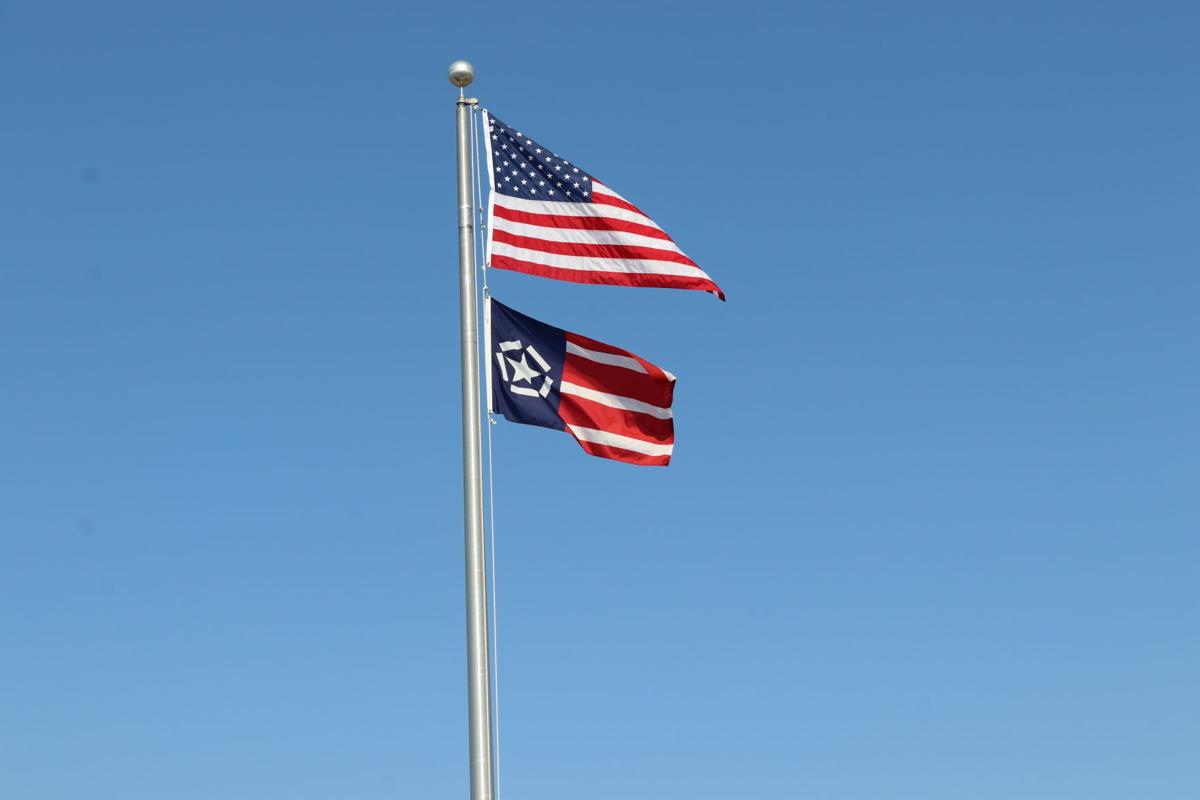 The American Flag and Freedom Flag bow soar together at Pembroke Elementary School.

Community members stand during the raising of the flag honoring those who died on 9/11.

The American Flag and Freedom Flag bow soar together at Pembroke Elementary School.

It was a beautiful sunny morning on Friday September 10, 2021 as Pembroke Elementary hosted the 20 year anniversary of 9/11 with a “Call to Action” Freedom Flag rising.

The Flag will be flown annually on the Patriot Day below the US flag through the month of September.

“Our mission was to have a flag in every state of the US and we accomplished that, but having Pembroke Elementary join in memory, bring tears to my eyes. Pembroke will be the only school in the state of Kentucky that will have a piece of history at their school,” Freedom Flag Foundation Ambassador Jane McKnight said earlier this week. “For them to pay tribute on the 20th anniversary is truly special and exhilarating. Through this call to action, Pembroke and Freedom Flag Foundation share a commitment to uphold America’s promise to “Never Forget” using the symbolism of the Freedom Flag. Pembroke Elementary is honored to participate in the National Freedom Flag Raising Call to Action.”

Pembroke’s sixth grade class were in attendance of the ceremony alongside several others of the community who were representatives of the school, State Representative Mryon Dossett, Judge Executive Steve Tribble, Oak Grove Mayor Theresa Jarvis, and both the Pembroke and Oak Grove Fire Department — along with many others.

During ceremony McKnight spoke and thanked Pembroke Elementary for the special event. She also thoroughly explained the importance of the Freedom Flag and what each section of the flag stood for.

'The Voice' debuts Ariana Grande as a new judge

He explained to the sixth grade class the tragic history that took place September 11, 2001.

“Tomorrow on Saturday, will be the 20th anniversary of 9/11,” Dossett said. “When that happened, our nation was attacked. Nearly 3,000 lives were lost. After that attack, we saw the men and women of our military service go in to battle to keep our freedom and additional lives were lost. Many came home, but with wounds that they still live with today. So it’s important that we take a moment and remember what happened. I want you all to remember that even through bad times, good can happen. Just like now and what you all have experienced over the last year in a half, with this COVID pandemic, I want you to know we were frightened and scared 20 years ago but we saw our nation come together. Always know better angels will always prevail then and now. ”

Toward the end of the ceremony, the state representative thanked and gave a citation of appreciation from the Kentucky House of Representatives to McKnight, as well to Pembroke’s FRC Coordinator, Barbara Meriwether on behalf of Pembroke Elementary School.

Dossett and McKnight both individually thanked Meriwether for all of her hard works she’d done at Pembroke Elementary with emphasis on making the 9-11 tribute to take place at the Elementary school.

Dossett also mentioned the soon retirement of Meriwether and thanked her for her dedication to the family resource center.

The ceremony couldn’t have gone another better. The skies were clear, the sun shinned bright and throughout the crowd were remembrance, respect and honor.

The catastrophic event that occurred on September 11, 2001 will never be forgotten. We continue honoring and remembering those who have perished.