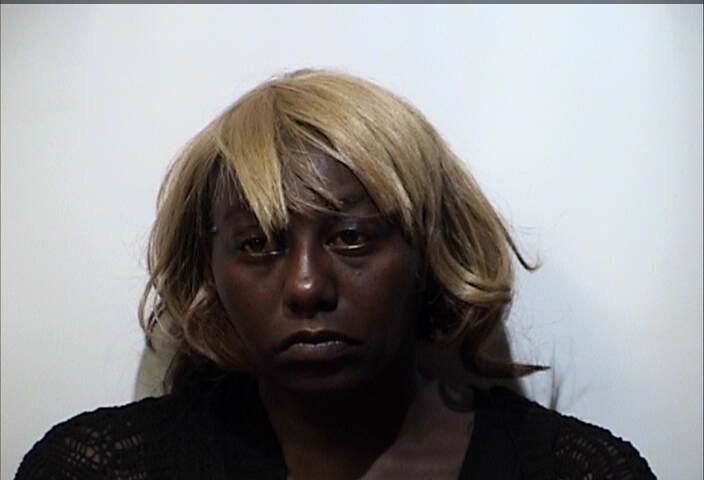 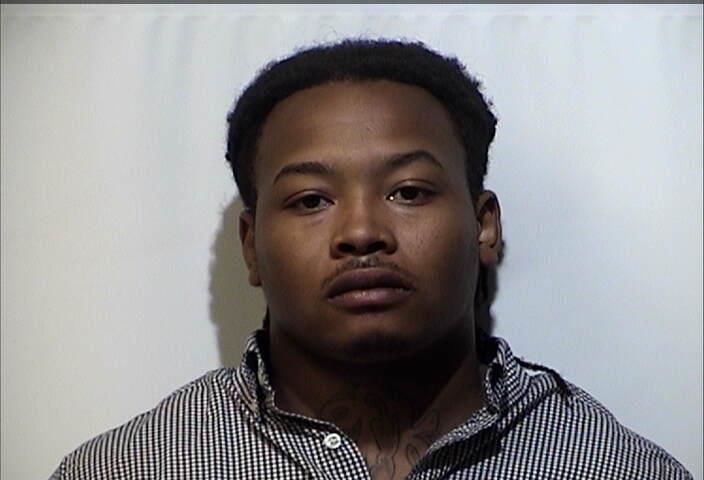 The Oak Grove man accused of being involved in an Oak Grove shooting of a woman on Meridians Way in 2018 appeared in Christian Circuit Court Judge John Atkins’ courtroom Wednesday morning to be sentenced on his drug-related charges while his assault charge is still scheduled to be tried by jury.

Murray recently entered a guilty plea deal to eight years in prison on all counts excluding the assault charge.

Murray appeared in person Wednesday with his attorney Michael Thompson, who called witnesses to testify on the defense’s behalf on why the court should grant Murray probation on all charges excluding first-degree assault.

Thompson first called Murray’s wife who testified in court that Murray has been working well with his probation officer, has stayed out of trouble and has two possible jobs lined up, should he be granted probation.

She also testified that if Murray were to be sentenced to time in prison, their family would face hardship.

Christian County Assistant Commonwealth’s Attorney Stephanie Bolen argued, however, that the family would not face financial hardship as Murray has not had any jobs in the past and has been supported by his grandfather, which Murray’s wife confirmed to Bolen.

Murray then testified in court, stating that he has already served two years in jail on this case, that he has stayed out of trouble while he has been released from jail and took the opportunity to apologize to the court.

“I just want to say that I apologize for the actions that occurred and I am asking for the opportunity to show that I am eligible to get a job and actually do better in life,” Murray said to Atkins.

“I also ask for mercy from the court and see if I can see my little girl for her birthday next week.”

Murray also advised the court that he has been employed in the past, having previously worked at McDonald’s, had a business selling dogs and ran a lawn care service.

Bolen told the court that Murray’s pre-sentence investigation report contradicts Murray’s statements regarding his past work, causing the two of them to begin arguing in court before Atkins quelled the argument.

Following Murray’s testimony, Thompson requested that Atkins consider the time he has already served in incarceration and stated that Murray is already parole eligible on his drug-related charges.

Thompson added that Murray has not had any issues while out of custody on ankle monitor and requested that the judge grant him probation.

Bolen argued that Murray was found to have 31.4 grams of cocaine on his person as well as 204 grams of marijuana when he was apprehended. She also reiterated that he’s never had a job and relies on his grandfather for money, food and housing and requested that probation be denied.

Atkins ultimately denied probation and sentenced Murray to eight years in prison. Murray was remanded to the custody of the Christian County Jail until his jury trial on the assault charge.

In other court news, Irean Coleman, 37, who is accused of neglecting her children and leaving them in dirty, subpar living conditions, was sentenced in her case Wednesday afternoon before Christian Circuit Judge Andrew Self.

Coleman previously entered a guilty plea to all of those charges, except her child abuse charges were amended down to second-degree criminal abuse rather than first-degree. The deal carried a recommended sentence of two years in prison.

Coleman appeared in person with her defense attorneys Rick Sanborn and Monroe Graham, who requested that Coleman be granted probation in her case.

Sanborn shared that Coleman has been compliant with probation while out of custody on an ankle monitor, has completed parenting classes and has been granted an increased number of visits with her children since the case began.

Get caught up on the Jussie Smollett saga

'This is actually happening': Student speaks out after school shooting

Bolen, who was also prosecuting Coleman’s case, shared with the court that the commonwealth suggested that Coleman be granted probation in the case.

“Ms. Coleman has made a lot of steps forward since she’s been released from jail,” Bolen said. “Not only has she completed parenting classes, she’s been drug tested and there’s been zero positive tests for her … this is not the Ms. Coleman that was arraigned, so we would recommend probation for her.”

Self then agreed to both requests and granted Coleman probation in the case. However, Self shared that she had a warrant for failure to pay child support and that she would be remanded to the custody of the Christian County Jail.

“There’s nothing I can do about this Ms. Coleman, it’s going to have to be addressed by Judge (Jason) Fleming,” Self said to Coleman as she broke into tears.

“Take a couple deep breaths and just relax a minute. Today overall is a good day for you, because you’re not going to go to jail or to prison on this charge. Ms. Bolen on the behalf of the commonwealth has acknowledged and recognized that you’ve been doing what you’re supposed to be doing as far as this case is concerned and so that’s going to allow me to place you on probation.”

According to New Era archives, officers were called to Coleman’s residence for a welfare check on Oct. 13, 2020.

Dispatchers reportedly told officers that they had received a call regarding a mother abandoning her children alone to take drugs, leaving her 6-year-old daughter to watch her 4-year-old, 2-year-old and 7-month-old siblings.

Dispatch stated to police that the 6-year-old came outside to the caller and told them that the baby would not stop crying and that she needed help.

Upon officers’ arrival at the home, they met with Robert Matlock, the uncle of the children, who told police that this kind of incident has happened before with Coleman and that he and his wife currently have custody of Coleman’s 11-year-old child.

Officers entered the home and allegedly observed roaches and other bugs on the floor, empty food containers and wrappers on the floor, minimal furniture throughout the house and overall dirty, sub par living conditions.

Coleman’s 6-year-old advised police that her mother had left in the morning with a black bag and had not returned all day. She added that she had a little bit of food to eat in the morning but had not eaten since.

Other family members arrived at the scene and began to change the diapers of all the children, revealing that all four of them had dirty diapers, diaper rash and none of them appeared to have bathed recently.

While family members were inside of the home tending to the children and changing their diapers, they allegedly discovered a backpack inside of a crib containing a meth pipe. They also reportedly found a gallon-sized ziplock baggie containing spice (synthetic drugs) in a corner.

While officers were taking pictures of the locations of the drugs, the children in the house had stepped on the baggie of meth before it had been moved, reportedly placing the children in danger of their lives.

All of the drugs in the home were allegedly within easy access to the children, putting them in danger of accidentally ingesting them

Also in other court news, the two men charged in connection to the drug overdose of a Crofton woman were arraigned in Self’s court Wednesday afternoon.

Joshua Long, 20, and Seth Henderson, 19, both appeared in Self’s court via Zoom and were appointed attorneys from the Department of Public Advocacy. DPA attorney Olivia Adams stood in for both men for their arraignments prior to them being appointed specific lawyers.

Adams entered a not guilty plea on their behalf and waived formal reading of their indictments.

Long shared with the court that he intended to hire a private defense attorney, but had not had the opportunity to do so. Henderson requested that he be represented by the DPA.

Self then scheduled the pair for their first pretrial conference on Aug. 4.

Long and Henderson are both charged with second-degree manslaughter for their involvement in a drug overdose death.

According to archives, the Christian County Sheriff’s Office served the two indictment warrants for their association with the death of Corbin Bowling, 23, Crofton, who died from a drug overdose in January from narcotics she allegedly purchased from Long and Henderson.