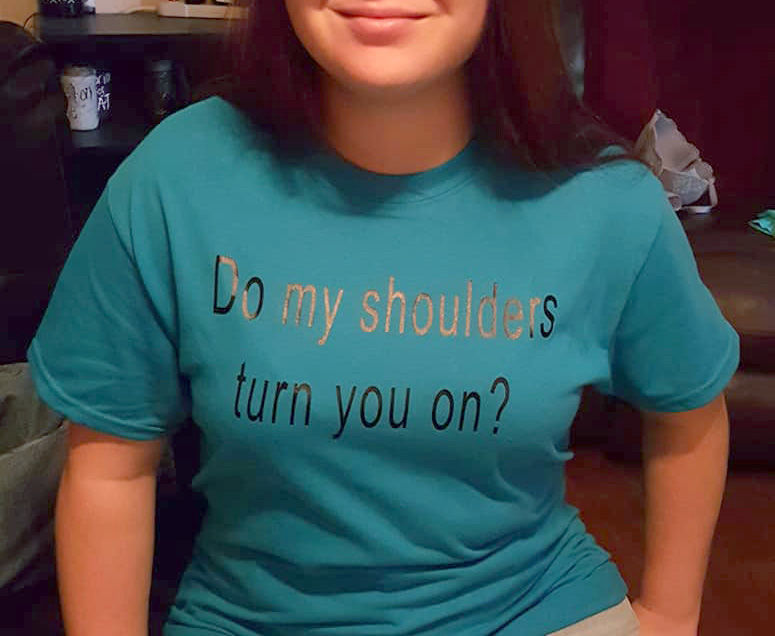 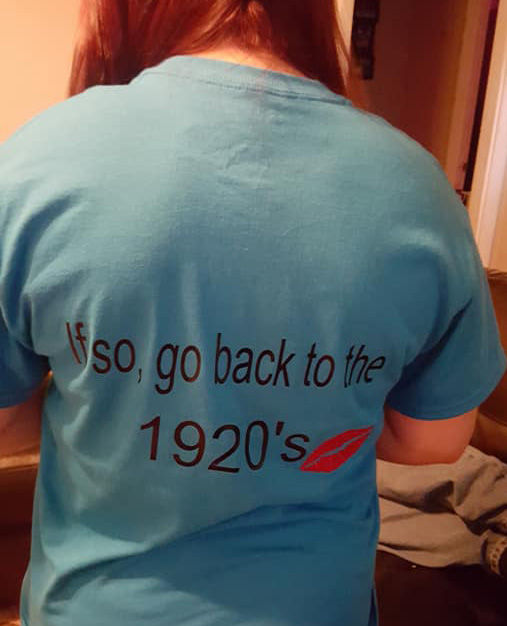 A Hopkinsville High School student was arrested Aug. 23 after an altercation with the school resource officer.

Isabella Messer was stopped by the principal for a dress code violation, and the situation quickly escalated.

Theresa Rucks, Isabella’s mother, believes the dress code was changed this year, and parents weren’t notified in time for the start of school. The change included no see-through white clothes and no exposed shoulders.

After a previous dress code violation, Rucks said she had a T-shirt made for her daughter in protest of the rules.

Rucks said the shirt was a large size and it covered the teenager from neck to elbows and to her bottom.

According to the police report, Isabella was uncooperative and loud with the principal in front of several people in the lobby. While the school resource officer attempted to arrest and retrieve property from Isabella’s hands, she pulled away several times before being handcuffed.

“She shouldn’t have been in any kind of trouble,” Rucks said. “Now it turned out to be where she’s in McCracken (Juvenile Detention Center) because the assistant principal did not like what her shirt had read.”

LeBron James explains why he had fans ejected

Hear what Dr. Fauci thinks about vaccine boosters for kids

Later, HHS assistant principal Nathan Howton saw that Isabella had a cellphone behind her back, according to the police report. While retrieving the phone, Isabella kicked the school resource officer, Ronald Ingram, on his right shin with her left foot, the report stated.

According to her mother, Isabella was taken to in-school suspension. She took her phone out to call her mom but was told it wasn’t allowed. When the officers tried to take her phone, she responded by putting her foot up, which caused her to kick the officer. Rucks said that Isabella is a red belt in Taekwondo and the action was instinctive because the officer was forcefully handling her daughter.

“They got her with resisting arrest for a shirt that was peaceful protesting,” she said.

Isabella was charged with disorderly conduct, resisting arrest and third-degree assault of a law enforcement officer, according to the police report.

Rucks said she was called by a school staff member to inform her that her daughter had been arrested.

Isabella went in front of Judge James G. Adams that day and was later transported to McCracken Regional Juvenile Detention Center. She stayed in the detention center until last Tuesday when she was released on house arrest, according to her mother.

Rucks said that she was told that Isabella could not be taken out of Christian County Public Schools until she sees the judge again in late September. Rucks enrolled her daughter in alternative school this week.

“I feel like the school has gone overboard,” Rucks said, adding that Isabella had never been in trouble before this incident. “She’s such a good kid.”

Rucks said that her next step is to find a private attorney and possibly sue the school.