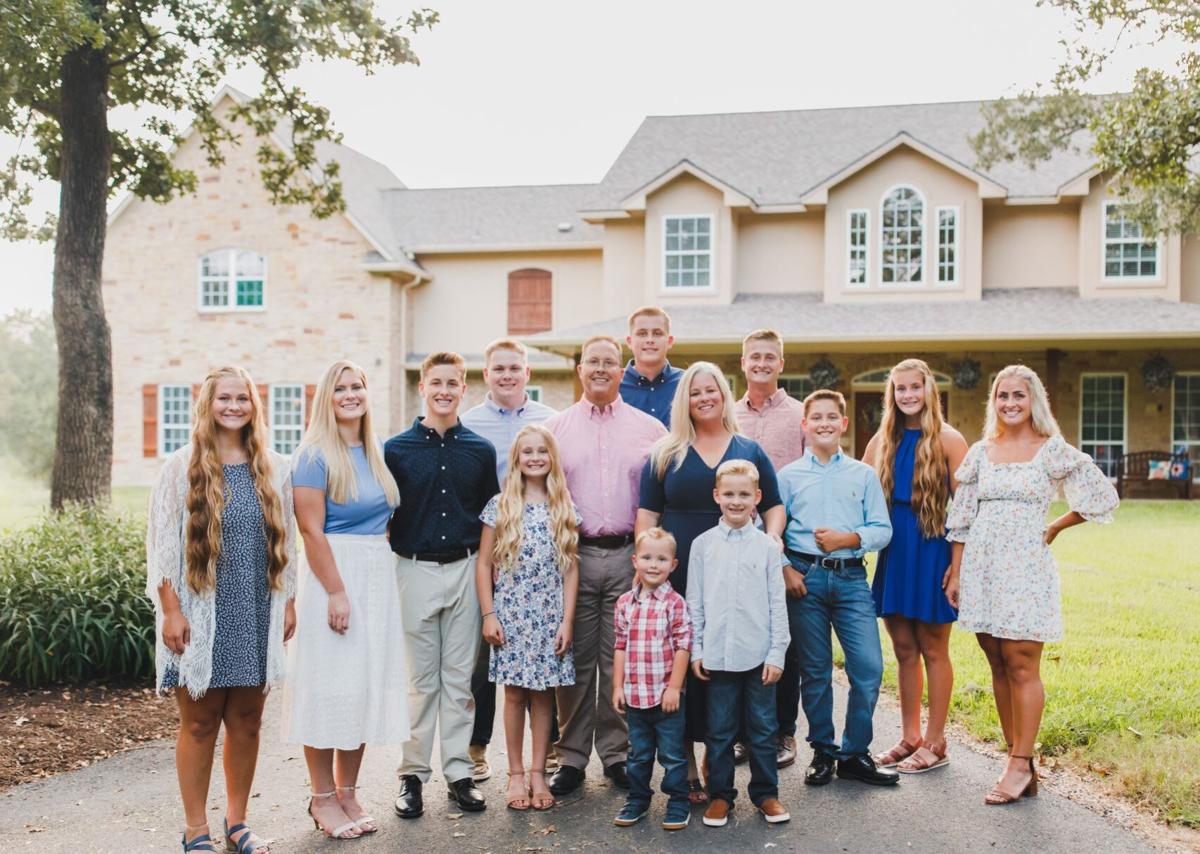 The Hicksons are pictured in their last family photo. 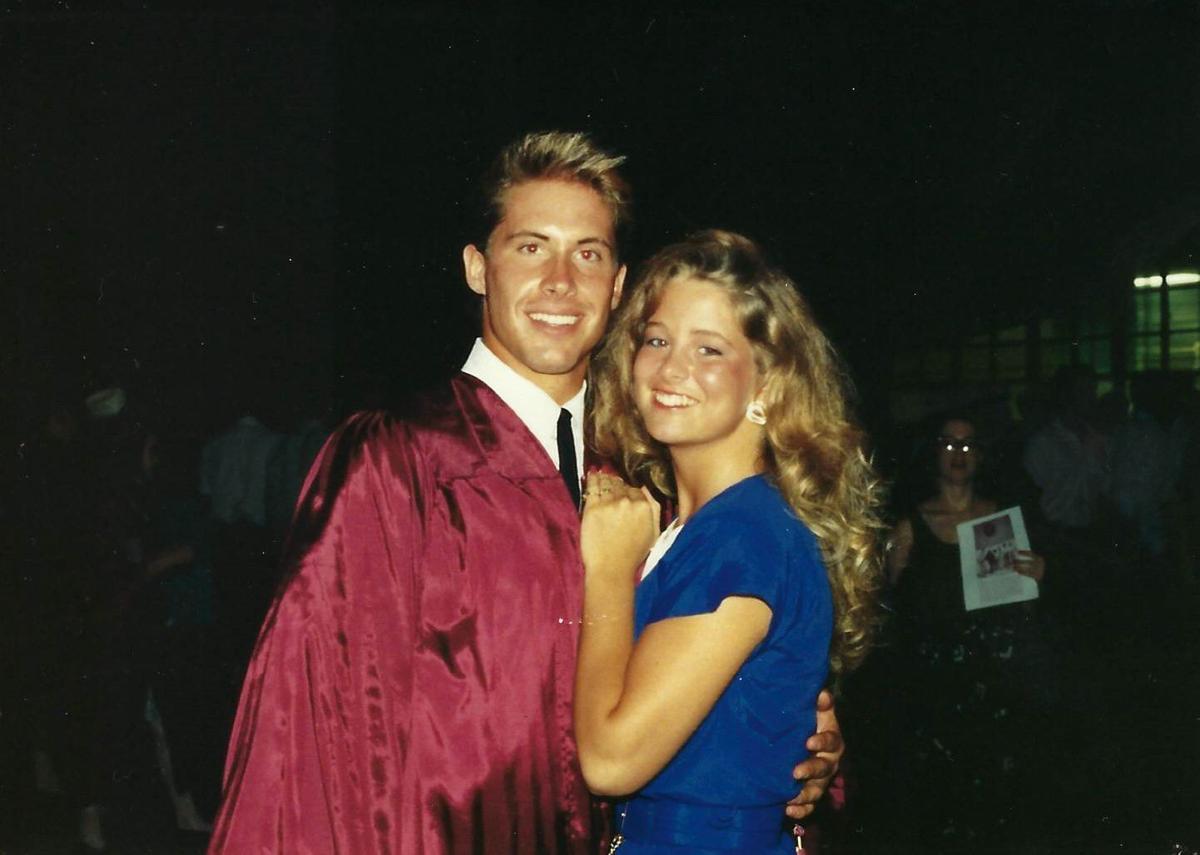 A young Reed and Gina are shown after Reed’s graduation. 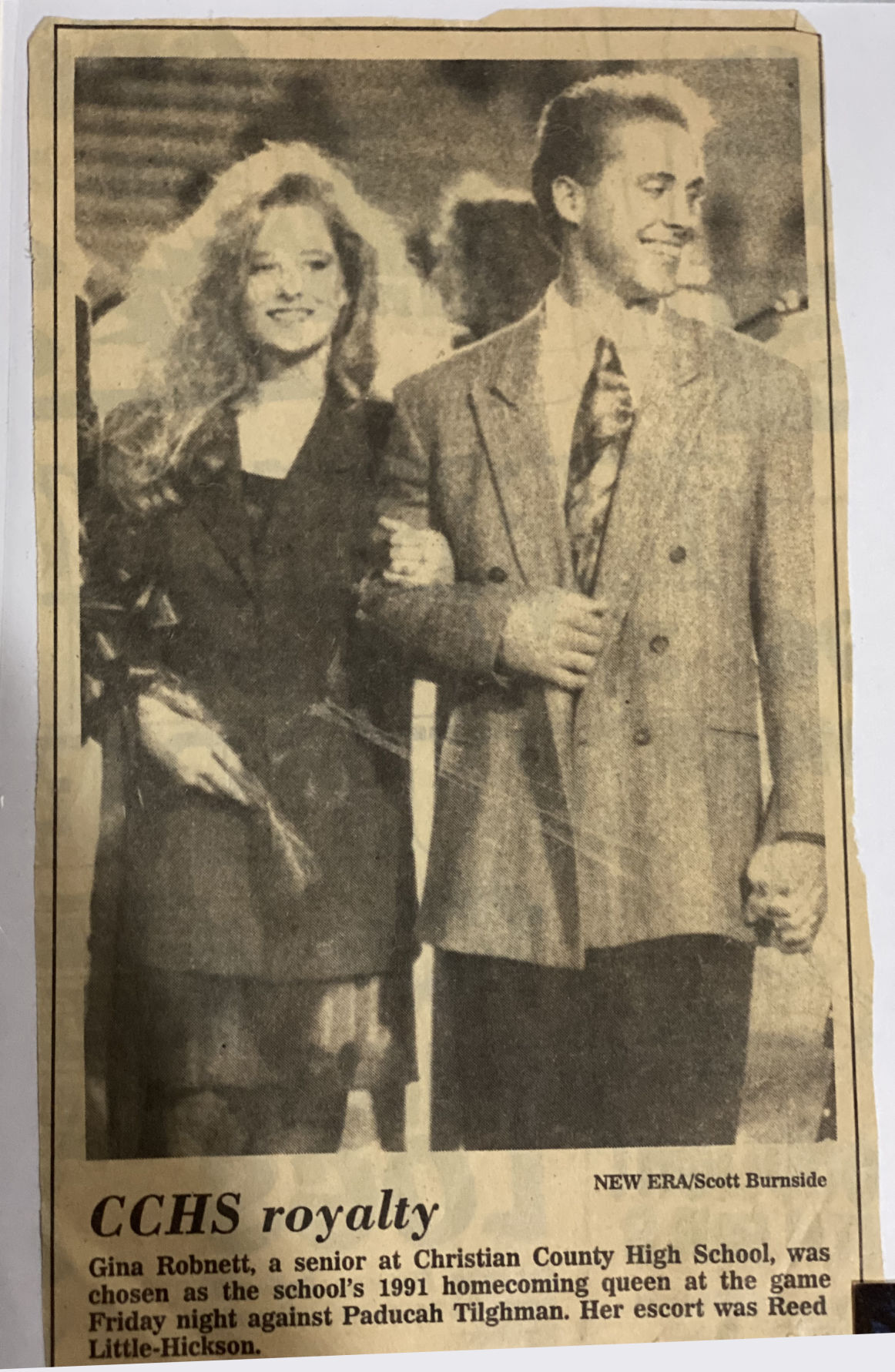 The Hicksons are pictured in their last family photo.

A young Reed and Gina are shown after Reed’s graduation.

A day after a wife’s public plea to help find her husband an ECMO machine to save his life, a Texas father passed away from COVID-19.

Gina Robnett Hickson, originally of Hopkinsville, saw her social media post about her husband’s need go viral just prior to his death.

Extracorporeal membrane oxygenation (ECMO) machines are in limited supply in the country. These machines work as a last resort procedure against the virus by replacing the function of the heart and lungs by sucking blood out of the body, pushing it through an artificial lung that feeds it oxygen, then returning it to the heart. A day before potentially getting a hold of one of the chambers, Reed Hickson was called home.

Reed Hickson known as a humble, patriotic, loving and hardworking man was born July 11, 1972, and called home September 20, 2021. Of the many attributions he had, his most noble element was being a family man. He loved his wife Gina Robnett Hickson of 29 years, who’s a graduate of Christian County High School. He leaves behind 12 children: Cayla, Mason, Leiah, Connor, Reece, Lily, Morgan, Lance, Chase, Hensley, Casen and and Ryker. The Hickson’s kids range from the oldest being 25 and the youngest just a mere 3 years old.

“All of our kids, expect one, were able to say goodbye,” said Gina. “It was very spiritual, the kids and I sang and uplifted him, the energy was felt and I know Reed could feel it.”

Reed Hickson was a 49-year-old father of 12 from College Station, Texas. In his younger years he grew up in Tennessee before moving to Texas during high school. While in Tennessee, Reed attended Pleasant View Baptist School. He spent many years living on a farm in Clarksville.

The couple had known each other for over 40 years. Gina said she knew Reed was her soulmate.

“Reed and I had the most beautiful love story — ones that fairy tales are made of,” she said. “We were frequently referred to as Ken and Barbie. We met when I was 13 and he was 14. We became good friends and kept in touch over the years after he moved to Texas. We would see each other in the summers when he would visit his grandparents in Tennessee. In fact the whole time we dated I lived in Kentucky and he lived in Texas. My junior year in high school, I jokingly said ‘Hey why don’t ya come take me to my prom?’ ”

The next day he said he would be there and as they say: the rest was history.

Since the passing of her husband, Gina acknowledged the outpouring of love her and the family have received. The Hickson’s have received uplifting messages, phone calls, love offerings, ears to listen and shoulders to cry on, even to home cooked meals. Gina jokily said the kids have enough food to eat “’til Thanksgiving.” People from all over the world have reached out to give their condolences. Gina mentioned receiving cards from Hawaii, Utah, Kentucky, Tennessee, and all parts of Texas.

“The outpour has been more than I could have ever imagined,” she said. “Since the passing of Reed, I truly see how loved he was but also, how loved we are as well. The community has given back every step of the way. The generosity and compassion has truly touched my heart.”

Some say that before passing away, events happen in preparation of the departure. The Hickson’s took a family trip where all the kids where together, which hadn’t happened in the last decade. They also took one last family photo before Reed departed.

“Throughout this whole journey of realizing I’ve lost my best friend, God has given me so many tender mercies. I see Reed in our children,” Gina said. “He fought so hard to stay here on this earth with us. I fought so hard to keep him here. There were so many praying, fasting, and going to great heroic efforts to save his life. I felt like the whole world was literally trying to hold Reed here by his ankles but God said it was his time to come home. It was my privilege to spend the last 29 years as his wife and 31 years together. I sure am grateful we got started early or I would really feel like I got short changed with our time here together on earth. In Reed’s last days here while in the hospital he would often tell the doctors and nurses that “she is my advocate; she speaks for me. I am so thankful for our loving Savior, Jesus Christ, and because of his atoning sacrifice I know we will see Reed again.”

Gina closed saying, “Any kind act shown is of love. My family has received an out pour that just leaves me speechless. Nothing has been a burden. I want to thank everyone for the outpouring of love, prayer, generosity, support, kindness, and compassion. You have helped us feel so loved and lifted us up in this most difficult time. We love you and are so grateful for your love, friendship, and help.”

If you would like to donate to the Hickson family reach out via their GoFundMe page: //gofund.me/09c16464 or Gina’s venmo cash tag: @gina-hickson

Though Reed Hickson passed away from COVID, continue following the guidelines and educating oneself how to remain in the midst of a pandemic. While this beautiful love story comes to the end, it makes all the chapters so much more special. Mae West once said, “You only live once, but if you do it right, once is enough.”