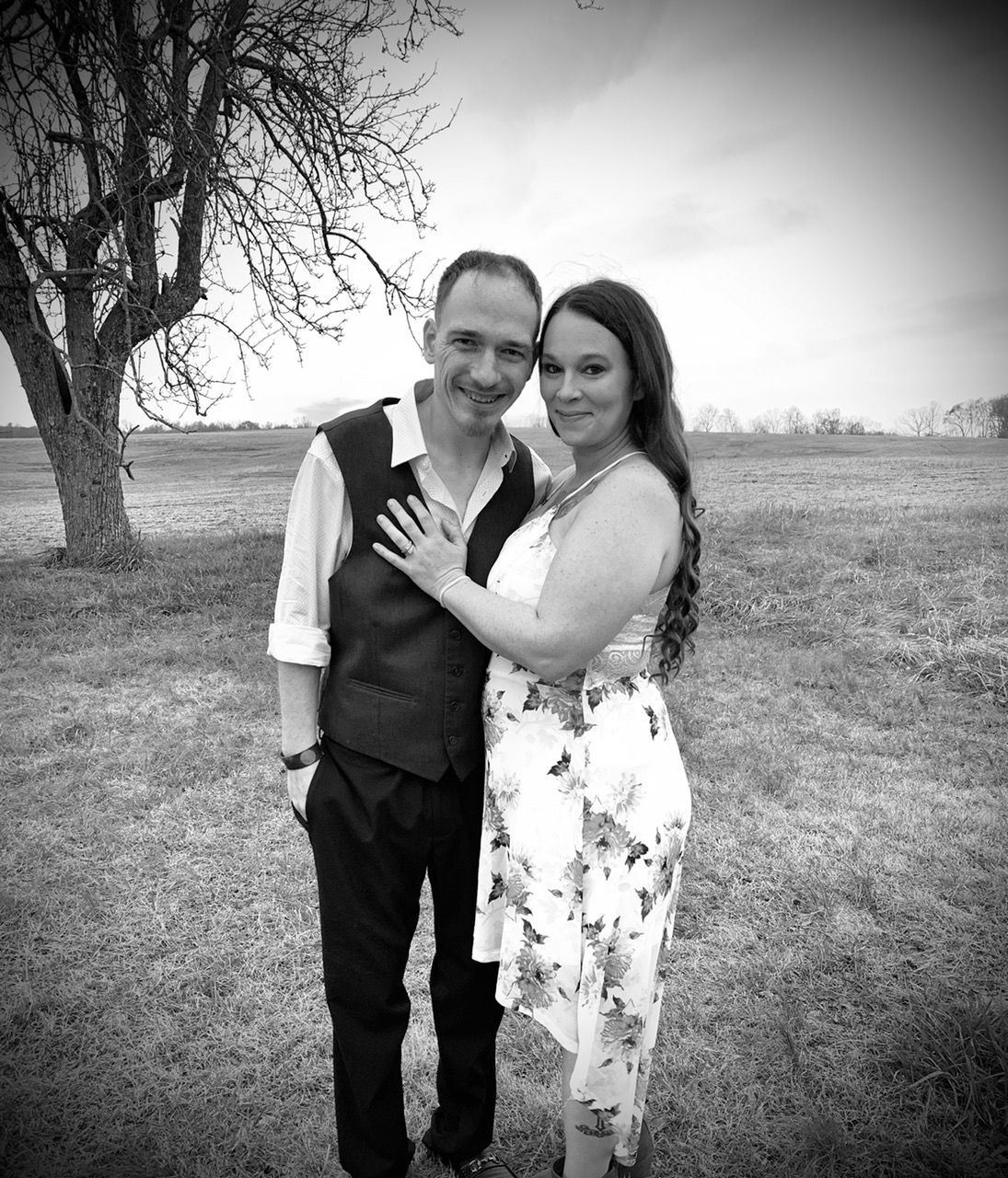 James Vickrey (left) and his wife are supporting each other and their family during James Vickrey’s rectal cancer diagnosis. 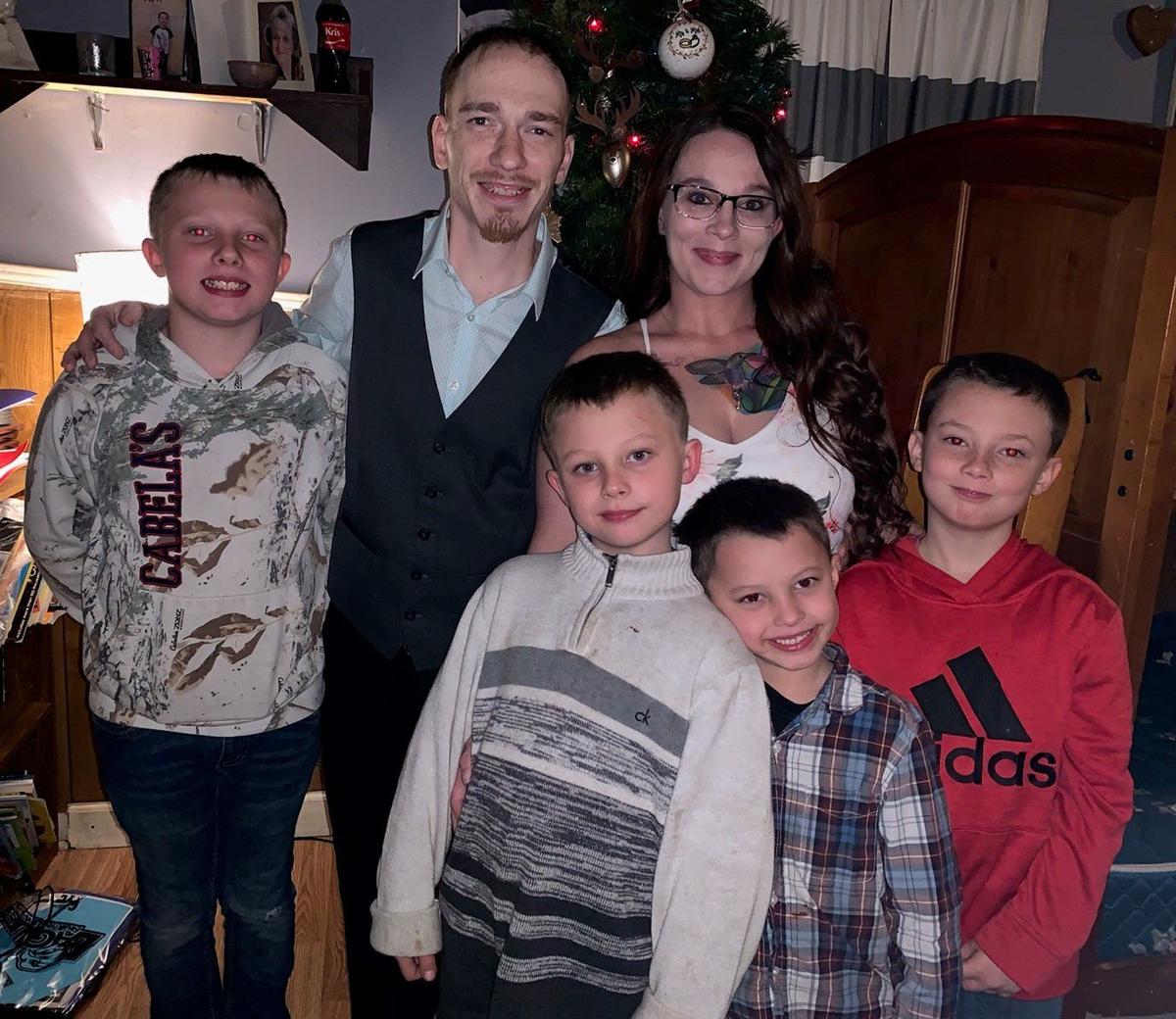 James Vickrey (left) and his wife are supporting each other and their family during James Vickrey’s rectal cancer diagnosis.

Jamie Vickrey recalls the first signs of her husband’s illness.

“It started back in June,” she says today. “He started bleeding. I stayed on him to go to the doctor and get it checked out. We found out in September that he had rectal cancer.”

Initially identified as Stage 3, James Vickrey’s cancer was upgraded to Stage 4 after he had a major surgery on Nov. 10 to remove a tumor. Other tumors were discovered on his abdomen and bladder, and doctors said there was nothing else they could do except treat the cancer.

“It’s supposed to help prolong his life and give him more life,” James’ wife Jamie said of the immunotherapy treatments that will build up James’ immune system to fight the cancer.

The treatments start this month and will be administered about every three weeks at the UK Markey Cancer Center in Lexington. James will continue the treatments throughout his life.

A welder by trade who enjoys his craft, James Vickrey, 30, said he is unable to do much right now except walk around a little bit. He’s lost a lot of weight since the onset of his illness.

When he stands up, his blood pressure bottoms out; James said having cancer is much like going from not being sick to having, “like, the worst thing you can think of,” he said.

In the midst of the coronavirus, he’s been staying at home with his family in Cerulean and focusing on getting his health back. Going out could put him at risk of contracting COVID-19, which could be fatal for James. Even the couple’s six children are homebound, schooling virtually at the moment to minimize the possibility that they might bring the coronavirus home.

Neither James nor his wife are working, with Jamie taking care of James and the children.

“It’s been hard on James because he’s always been a worker,” Jamie notes of the cancer’s impact. “He loves welding. That’s his passion. (It’s) something that gave him life and he enjoys.”

Mention his chosen vocation, and James’ voice lights up. He speaks of a task that is never the same, one that offers variety and that makes him feel “super accomplished” when he is done.

His doctor wants to get him working again, James’ wife says, and recent news that he’s received of his illness may allow him to do so “if the treatment takes,” James Vickrey said.

Until earlier this year, James had worked as a welder at Martinrea in Hopkinsville and before that was a welder at MPG Transport in Clarksville, Tennessee, for about a year.

At Wabash National in Cadiz, he learned about aluminum welding.

“I’ve enjoyed it back since I started doing it,” James Vickrey notes of the almost nine years that he has invested in learning about welding and sharpening his welding skills.

It can be hot and sweaty, and there are days when he can get burned.

Rep. Richmond to GOP: Stand up and defend this Constitution

But James finds pleasure in it and is hopeful that, come the spring, he can work again.

His goal is to keep his cancer in remission, and James wants to see all of his children grow old.

Both James and his wife say they are grateful for the support their family has received from the community. Never having been in a situation where he had to have help, James said he’s “always done it himself,” and he really appreciates everyone who has come to his family’s aid.

“I want to thank them from the bottom of my heart,” he said.

Jamie Vickrey notes that her husband’s illness has drained the couple’s savings.

The family subsequently joined Trigg Cares, an online Facebook resource page begun by Cadiz resident Marle Fleming to match Trigg Countians in need with the people who can help them.

Spurred through that page, the county really came together to help them, Jamie said, providing Christmas dinner for the family, clothes for the youngsters, something for the two older children to open on Christmas morning and help with the family’s GoFundMe.

Trigg Cares helped the Vickreys share their GoFundMe so the family could make trips back and forth for doctor visits, according to Jamie, who said a round trip can cost as much as $100.

The group brought “a whole lot of stuff,” including bedding for the kids.

People have also sent gift cards to the family, and a social worker in Paducah helped the Vickreys sign up for the Supplemental Nutrition Assistance Program, formerly Food Stamps.

And while Jamie said the family has all the household essentials it needs and is “good on clothing and everything,” she said future needs include help with gas and insurance for their vehicle and possibly for electricity costs and overnight stays in Lexington.

The Vickreys GoFundMe can be found at gofundme.com.