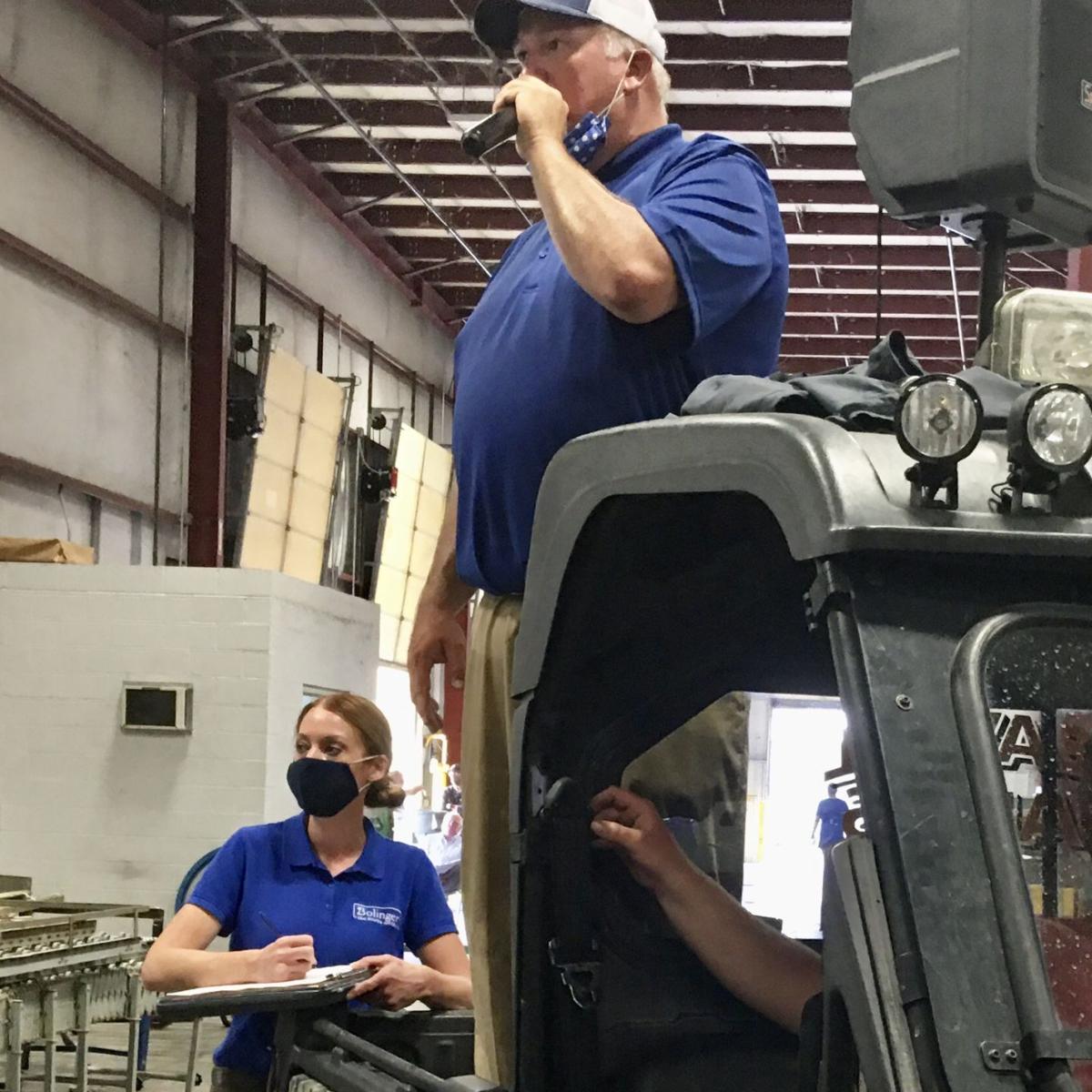 Auctioneer Kelvin DeBerry stands inside a warehouse at the former Ebonite International on West Seventh Street. 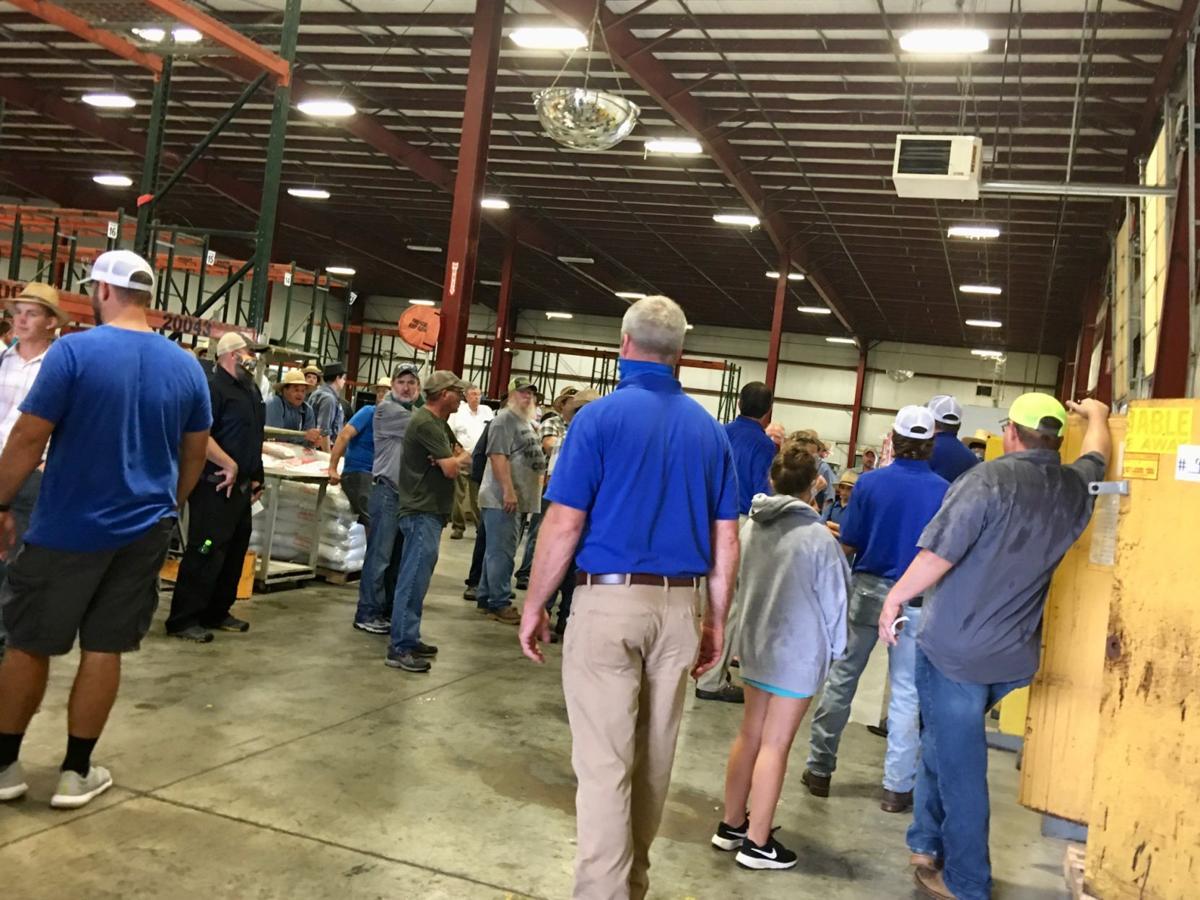 Auction-goers shared their bids from inside a warehouse at the former Ebonite International property. 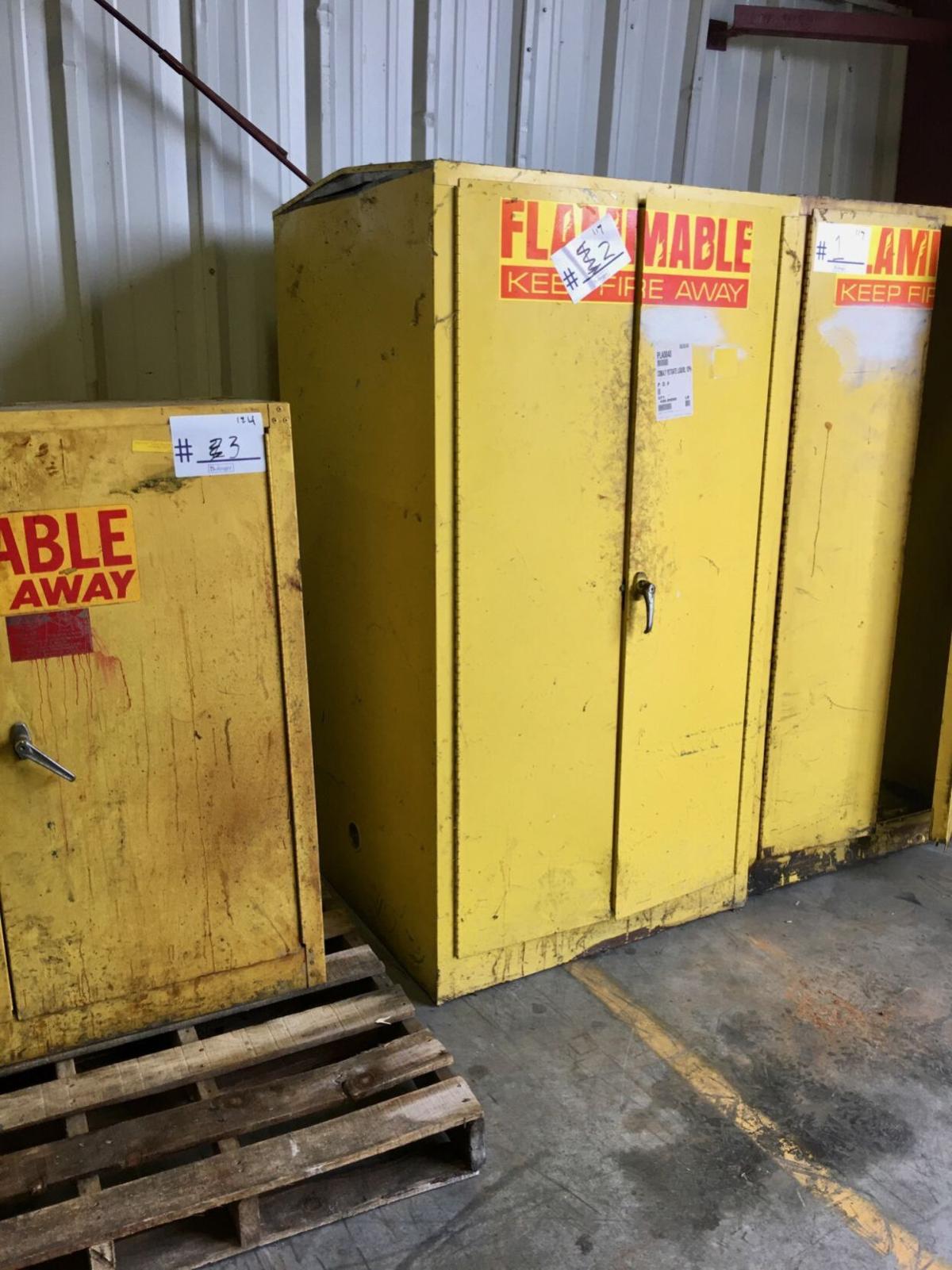 These yellow cabinets were among the items for sale at the auction.

Auctioneer Kelvin DeBerry stands inside a warehouse at the former Ebonite International on West Seventh Street.

Auction-goers shared their bids from inside a warehouse at the former Ebonite International property.

These yellow cabinets were among the items for sale at the auction.

The chatter of the auctioneer’s voice rang out across the property that had, until recently, been home to the company that made a quarter of the bowling balls produced in the U.S.

Once described as the largest bowling ball manufacturer in the world, Ebonite International in Hopkinsville closed its doors last fall after it was purchased by the Muskegon, Michigan, based Brunswick Bowling Products.

On Thursday, a crowd of interested buyers packed a warehouse on the West Seventh Street property as Kelvin DeBerry, an auctioneer with Bolinger Real Estate and Auction, sought bids on everything from cabinets and desks to a pallet scale, even a coat rack that had been overlooked. It sold for $5.

Five gray lockers, offered to prospective buyers for “all one money,” sold for the sum of $80. A shelf, small cabinet and shipping desk went to the buyer with a winning bid of $105.

Watching the auction from nearby, Alvin Schmitt said he was there exactly for that reason, “just watching” the sales.

The Hopkinsville man attended on behalf of his employer and was considering buying some racks to be used as storage for Agri-Chem, the ag business where he’s worked for 48 years, almost as long as Ebonite had been a presence in the city.

Ebonite moved to Hopkinsville in 1967, closing after 52 years.

“I hate to see ‘em leave, ya know, but it was all part of a consolidation thing,” Schmitt said. “It’s all part of a changing world. It’s gone. There’s nothing else we can do about it.”

Schmitt said it was good to find another use for the Ebonite property, to make it into something else, and he noted that it has to be cleaned out so it can be used for a new purpose.

From her vantage point in another corner of the old warehouse, Ali Strader observed that the auctioneers were moving through things pretty fast as they worked to sell the items left over from Ebonite’s half a century in Hopkinsville.

“There’s a lot of people bidding,” said Strader, whose company has bought one of the buildings on the property and plans to operate its own bowling oriented business.

Strader said Creating the Difference will be a bowling training facility, educating its clients and teaching them about the sport.

“We are turning the building we bought into an education center,” said Strader, who was in search of some “office stuff” and a “few cool things that would be useful, like rolling carts.”

As Strader and the rest of the crowd continued to watch the proceedings, DeBerry invited bids on a rotating table; there were actually several of the same table, and the auctioneer said the top bidder could choose to take up to four of them.

The table sold for $75, and the bidder took all four.

DeBerry also offered for auction a barrel dolly, four carts selling for “one money” at $45 and a section of conveyor rollers, which went to the top bidder for $250.

Several yellow cabinets displayed along one wall were all scooped up by interested bidders, and the pallet scale, which sold earlier in the auction, went for a top bid of $350.

By the end of a long morning, the Ebonite auction was waning into early afternoon, and the old manufacturing site at the west end of town was perhaps a little closer to its new future.

People continued to come and go as the sale neared its end, and by the close of the day, auctioneers and buyers alike had devoted several hours of their time to ensuring its success.