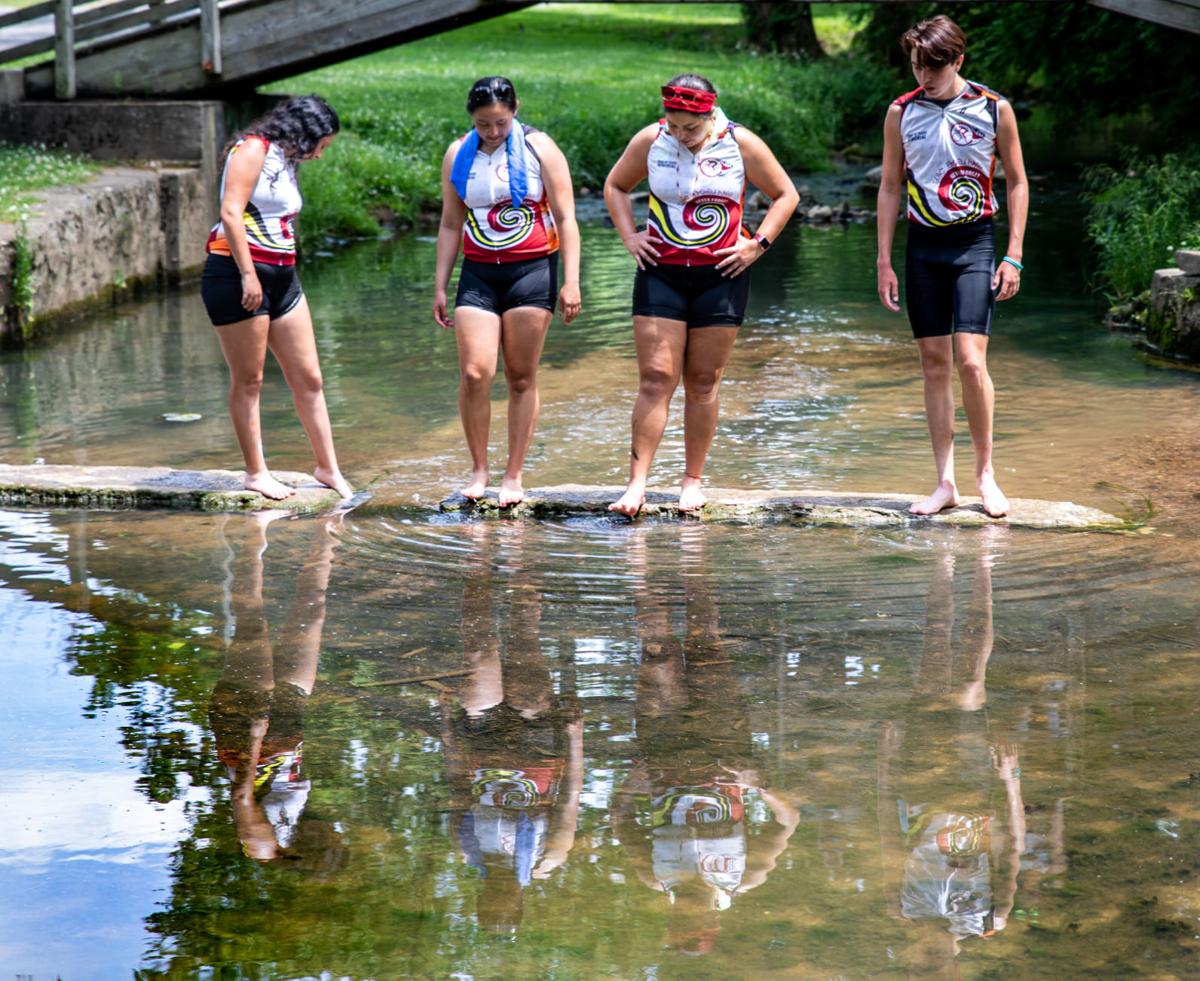 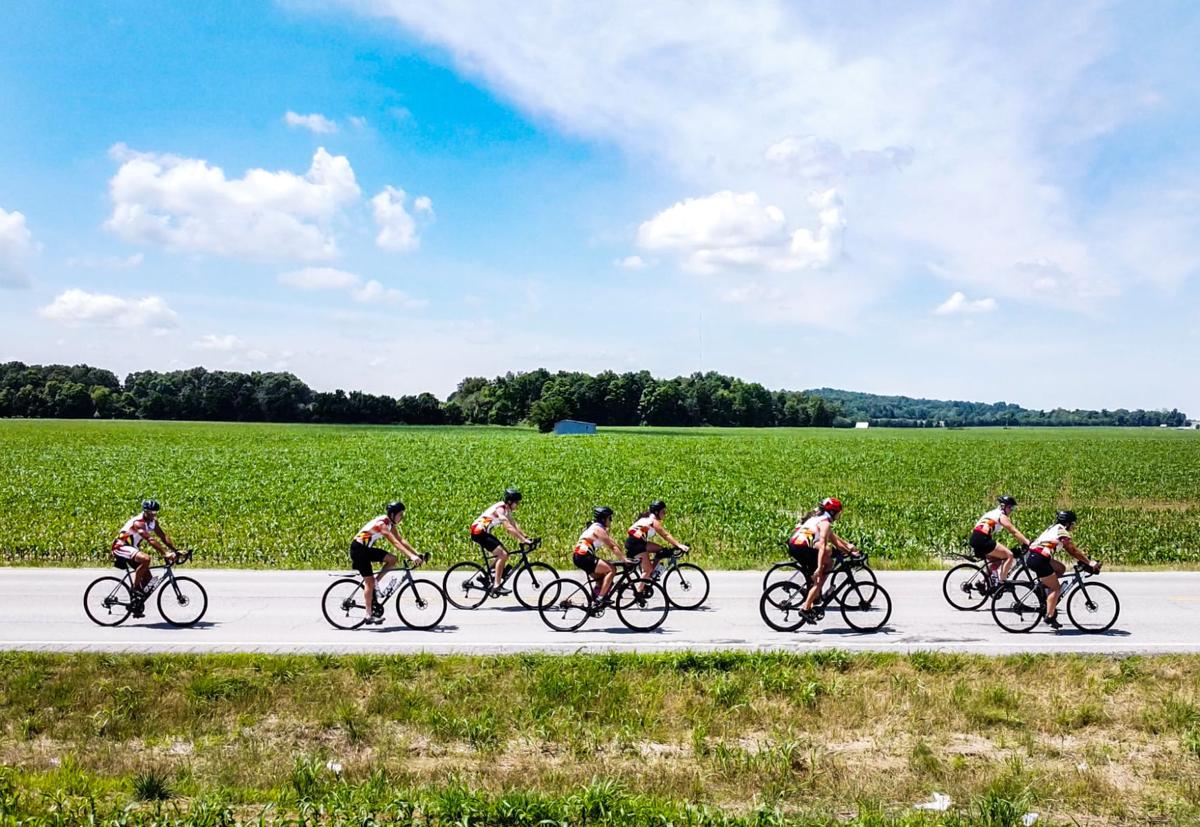 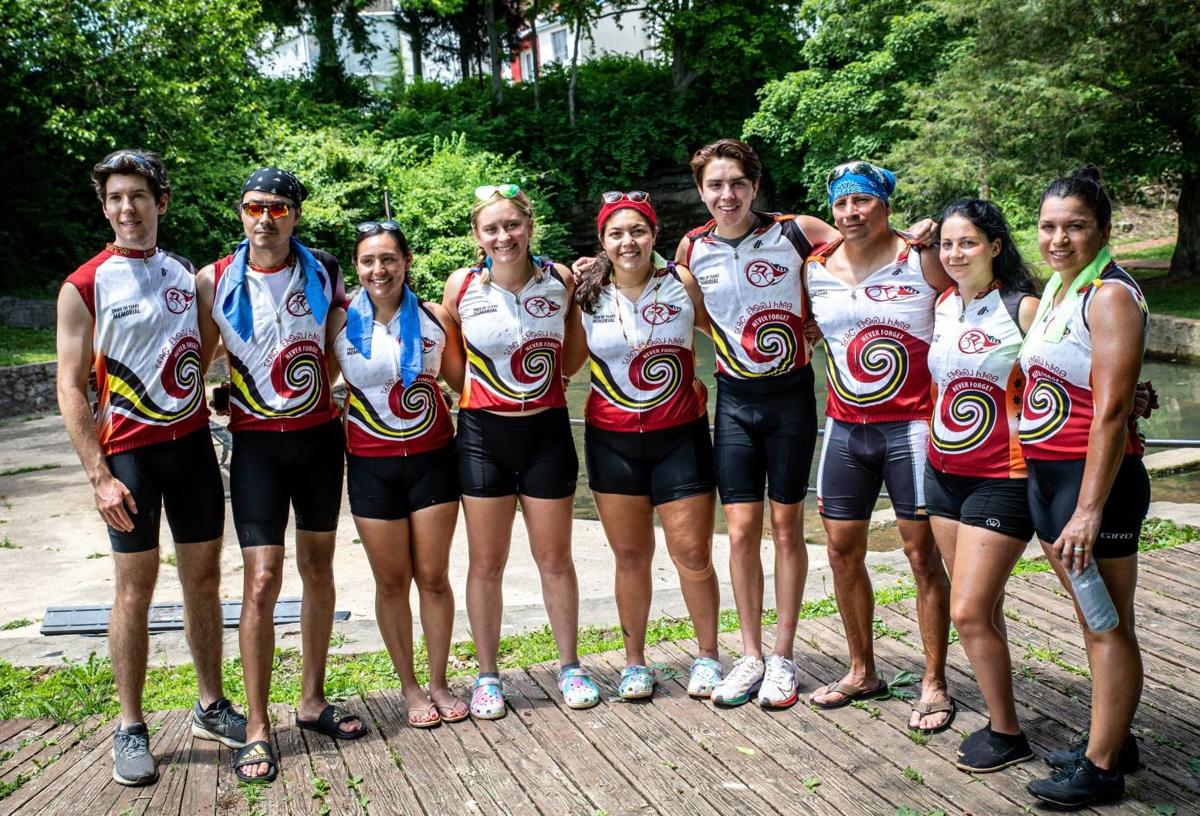 A group of bicyclists stopped at Big Spring in Princeton as part of their ride along the Trail of Tears.

A group of bicyclists stopped at Big Spring in Princeton as part of their ride along the Trail of Tears.

From Oklahoma to North Carolina, Cherokee Riders were ready to gather — in 2020 — and begin their annual journey along the Trail of Tears, known as “Remember the Removal.” It did not happen. It was such a disappointment to those who had dreamed of their participation and the ones who had led them along in their arduous training.

But in 2021, although their training was fraught with worry and questions as to whether or not it would actually happen or whether they would be disappointed again, it began in New Echota, Georgia, on May 31. They gathered and rode not to complain or even call for justice, but to encourage the ones along the way to “remember” what happened and while a serious injustice can bring a group to despair and tragedy, it need not define who they will become.

On June 4, the group of cyclists crossed the state line from Port Royal, Tennessee, into Kentucky and last Saturday followed the Trail of Tears to the Trail of Tears Commemorative Park in Hopkinsville. After a brief welcome and respite from the trail, they continued their journey northward on Ky. 91 and spent some time at Big Springs Park, located in Princeton. Even though the Trail of Tears Association of Hopkinsville had welcomed the group with mid-morning snacks at the park before they departed for Princeton — after splashing in the waters of Big Springs — the riders were treated to a delicious luncheon by the Princeton Trail of Tears Association. After a few brief words from the local association, they visited the park in Princeton, and the group returned to Hopkinsville for an afternoon of rest. Later, they were treated to a sumptuous meal on the grounds of the park. The continuous cold Kentucky rains had finally given way for the riders and their escorts to enjoy a pleasant day, followed by an evening under the stars.

Along the trail, the riders experience a number of emotions, particularly remembering the words of archaeologist Brett Riggs, Ph.D., whose research they had studied in detail as he had reviewed the oppressive heat of the summer when the Cherokee people were rounded up to be forced to “make their way to Indian Territory, now Oklahoma. It’s hard to imagine,” Dr. Riggs had explained, what that would have been like stuck there waiting in the oppressive heat. And there was a lot of sickness and death here. “It had to have felt like it was the end of the world.” As the Cherokee Riders learn as they progress along the trail, it was not to be the last experience with death — not in Georgia or Tennessee or even Kentucky.

“We want to teach our children something,” Tracie Asbill explained. “We didn’t learn about this in school, except a brief mention that says it happened. But, this has turned into so much more. It has turned into honoring our ancestors.”

Retracing the footsteps of their ancestors became very emotional as they crossed the Kentucky line and were led to places in the original trail where they could dismount from their bicycles and actually walk. It often brought them to tears as they described touching the actual ground where their ancestors walked. The cyclists were later led to numerous graves along the way, as many Cherokee succumbed from disease and exhaustion.

Ocasio-Cortez doubles down on Manchin criticism

Josh Newton, Deputy Executive Director of Cherokee Nation Communications, explained that the “ride is both an educational opportunity and a goodwill event. While on the trip, the individual riders use social media, photos and video to provide daily updates of their experiences on the ride.”

However, as onlookers and historians agree, it is difficult to judge the emotion at some of the stops along the way. Various organizations and groups of concerned people work to preserve the history, but every year, the ones who have the knowledge are no longer available, and when they leave, much of the knowledge is gone. The members of the 13th “Remember the Removal Bike Ride” — which is nearly 1,000 miles long — accomplished over a three-week period works to prevent the loss of knowledge and share the history.

This year’s ride was memorable, not only for what they are learning along the way, but because it was made up of cyclists who resumed their training from December of 2019 when they were originally chosen to participate. With the 2020 Ride being canceled, cyclists and all support staff were all vaccinated to allow the participants to complete the journey and keep them safe, although not all of the original cyclists were available to participate due to college classes, employment and/or family obligations.

In an upcoming installment of “Remember the Removal,” cyclists will discuss more emotional moments from the trail and the ways they intend to share what they have learned. Many of those moments will be the time spent at Mantle Rock near the Joy community in Livingston County. The stop there is followed by placing their bicycles in the van and riding across the river, as the nearly overwhelming knowledge about what happened to nearly 1,800 Cherokee from the Peter Hildebrand Detachment necessitate some time to decompress (along with the traffic danger of a group of bicyclists and accompanying vans traveling on across the interstate bridges).

After walking from Georgia, the Cherokee spent two weeks in the area waiting for the frozen Ohio River to thaw and become passable in the winter of 1838-39. They had been instructed to await barges which could not navigate the ice. It is a sensitive and emotional stop along the trail for the riders.

That part of Kentucky history is a chapter they want people to understand; it’s a big part of “Remember the Removal.”