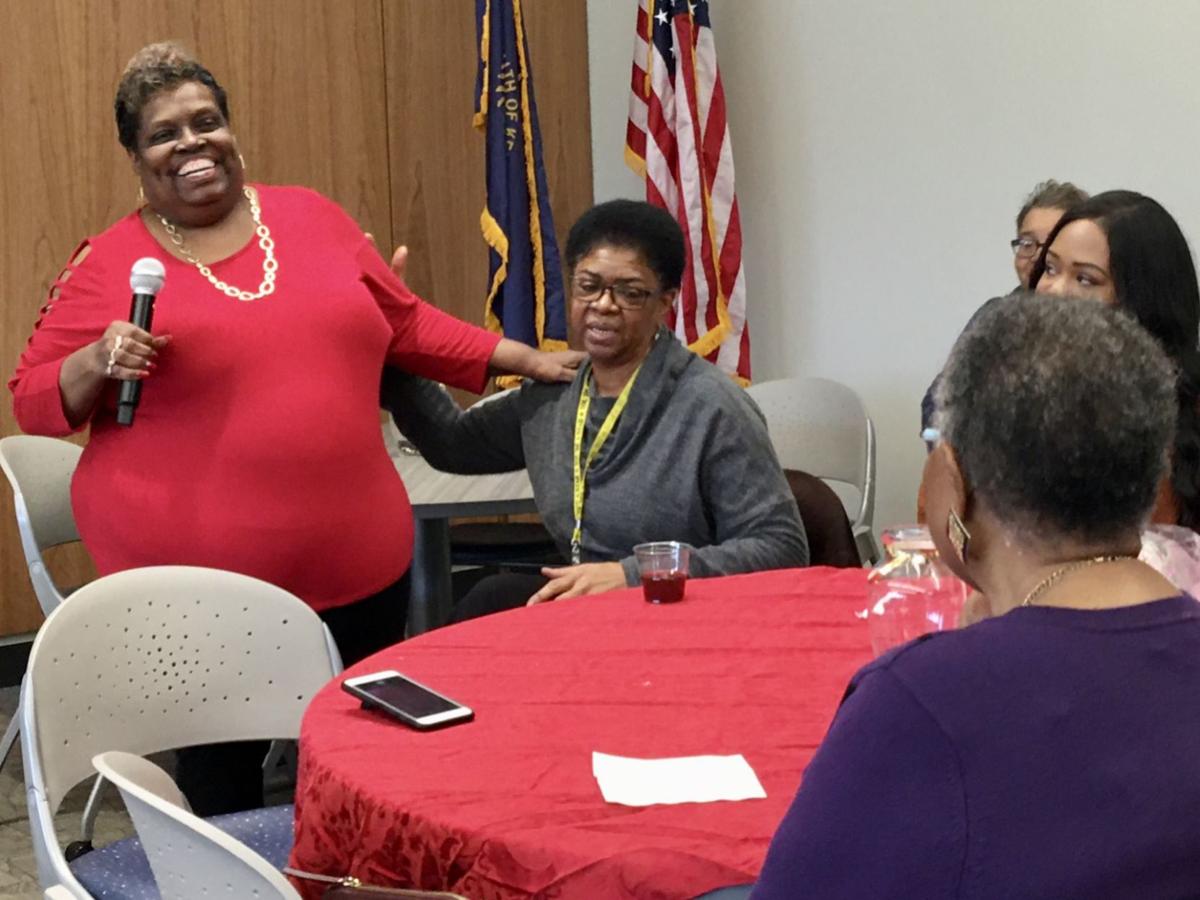 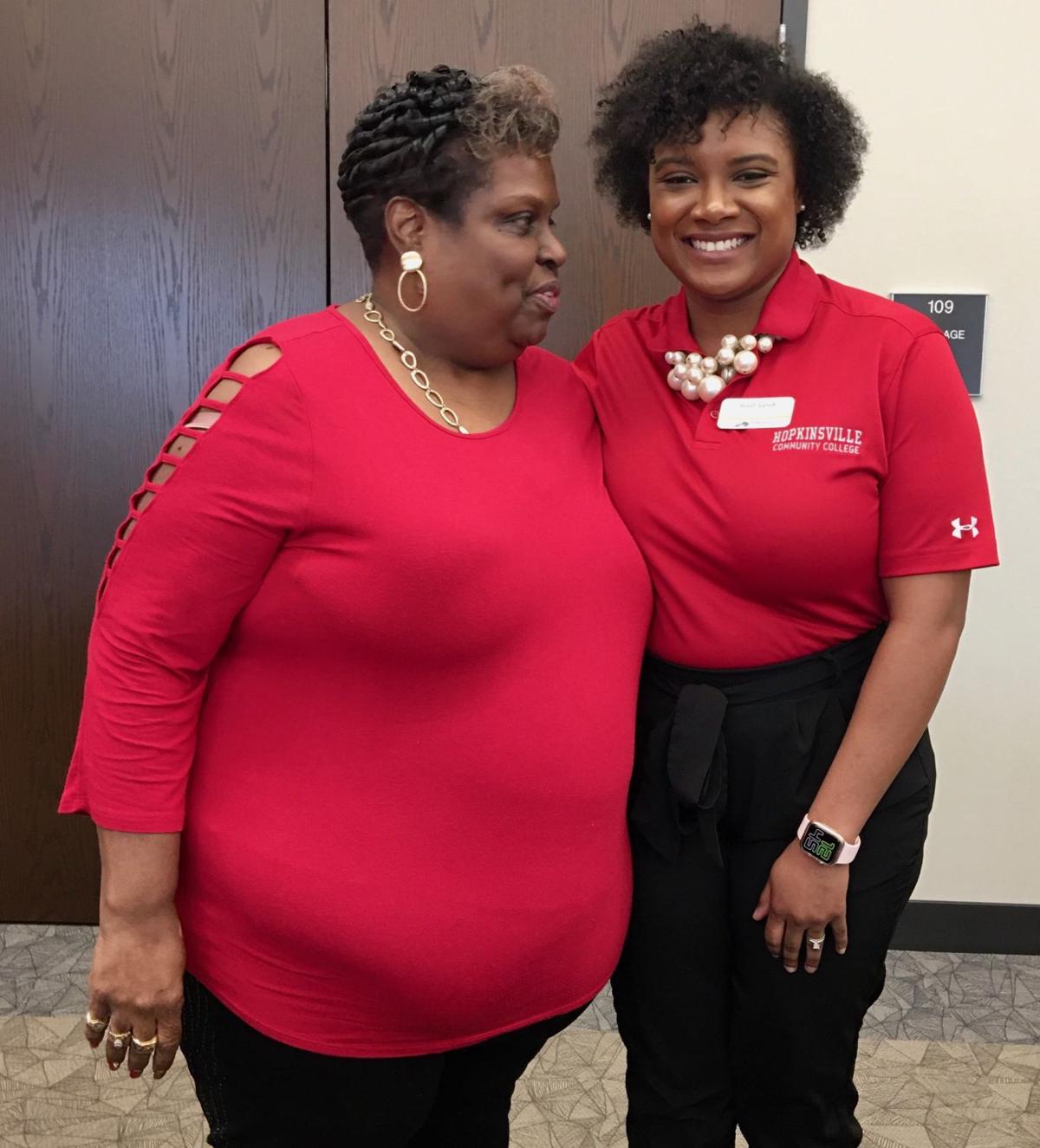 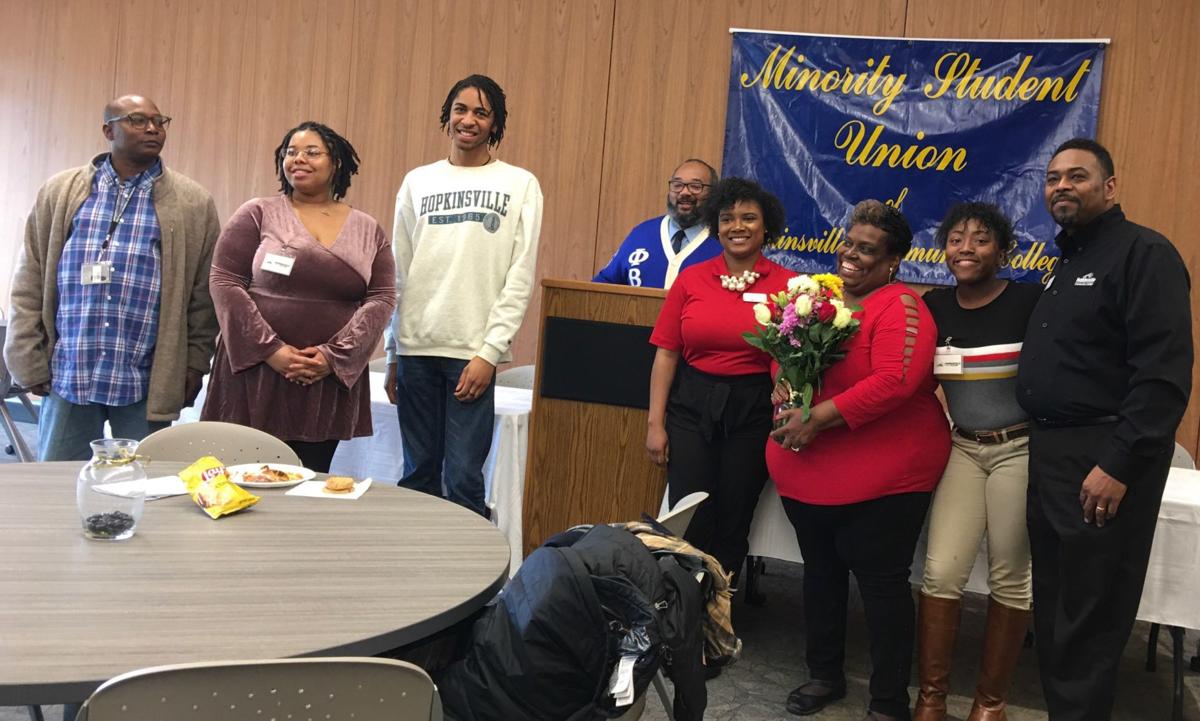 She’d made salad and a cake for the event, but Dr. Vernell Larkin felt so bad that she was tempted to have someone pick up the food instead of attending the annual Black History Month Luncheon herself.

But her health got better.

Larkin, a retired professor of early childhood education at Hopkinsville Community College, happened to be the featured guest for the luncheon that was sponsored by the HCC Minority Student Union.

She just didn’t know it.

Organizers planned the tribute as a surprise, and several people spoke about Larkin’s influence in their lives during the luncheon on Thursday afternoon in the new HCC Emerging Technologies building.

They described her as a wonderful person, a mentor and an inspiration to so many.

Mary Holland, a local pastor and owner of New Life Ministries Childcare Center, said Larkin, who had been her early childhood educator at HCC, made her feel very welcome on the campus.

Larkin encouraged Holland to get her education, opened doors for her and made it possible for Holland, who at one time worked on the HCC campus, to get a job at the local community college.

“If it wasn’t for my relationship with Dr. Larkin, I wouldn’t be where I am today,” observed Lynch, who today is an academic program coordinator for Upward Bound and Student Affairs on the HCC campus.

Paulette Robinson and Larkin grew up together on the west side of Hopkinsville. They learned to play the piano together and won a lot of awards in 4-H. Robinson gives her friend credit for those awards.

Today Larkin is a member of the McCarroll Hill Baptist Church, where Robinson is the pianist.

“I love you,” Robinson told Larkin during the luncheon that included a large number of the professor’s well-wishers. “You have always been an inspiration to me at this college and in the community.”

Dr. Jahrael Burrell, program coordinator for human services at HCC and one of the advisors for the Minority Student Union, also recalled his days as a student of Larkin’s on the Hopkinsville campus.

He’d taken her psychology class, and Larkin taught him much about learning.

He took those lessons with him and brought them back with him when he returned to campus.

Larkin acknowledged that “a lot of my people have done really well,” but the retired early childhood educator said she never thought of it as opening doors for them. “I like that,” she mused.

She said she really appreciated the luncheon, and she thanked everyone for keeping it secret.

“I just really had no idea,” said Larkin, who taught at HCC for 33 years before retiring last June.

“I guess to be remembered and shown appreciation like they did today, like I said, it was just overwhelming to the point of tears,” Larkin observed. “We all try to do the best we can.

“For them to say I opened doors for them, it just filled my cup,” she added.

As the luncheon wrapped up on the HCC campus, Larkin became the recipient of numerous handshakes and hugs from individuals stopping by her table in the Emerging Technologies building.

Yvette Eastham, the college’s chief institutional advancement officer and executive director of the HCC Foundation Inc., shared her delight at getting to eat a piece of Larkin’s cake. It was so good, she said.

Considering Larkin’s impact in the community, she noted that there’s no way to tell all the trails her former colleague blazed for people and no way to underestimate it.

“What she’s done, it echoes,” Eastham said. “It touches everything.”