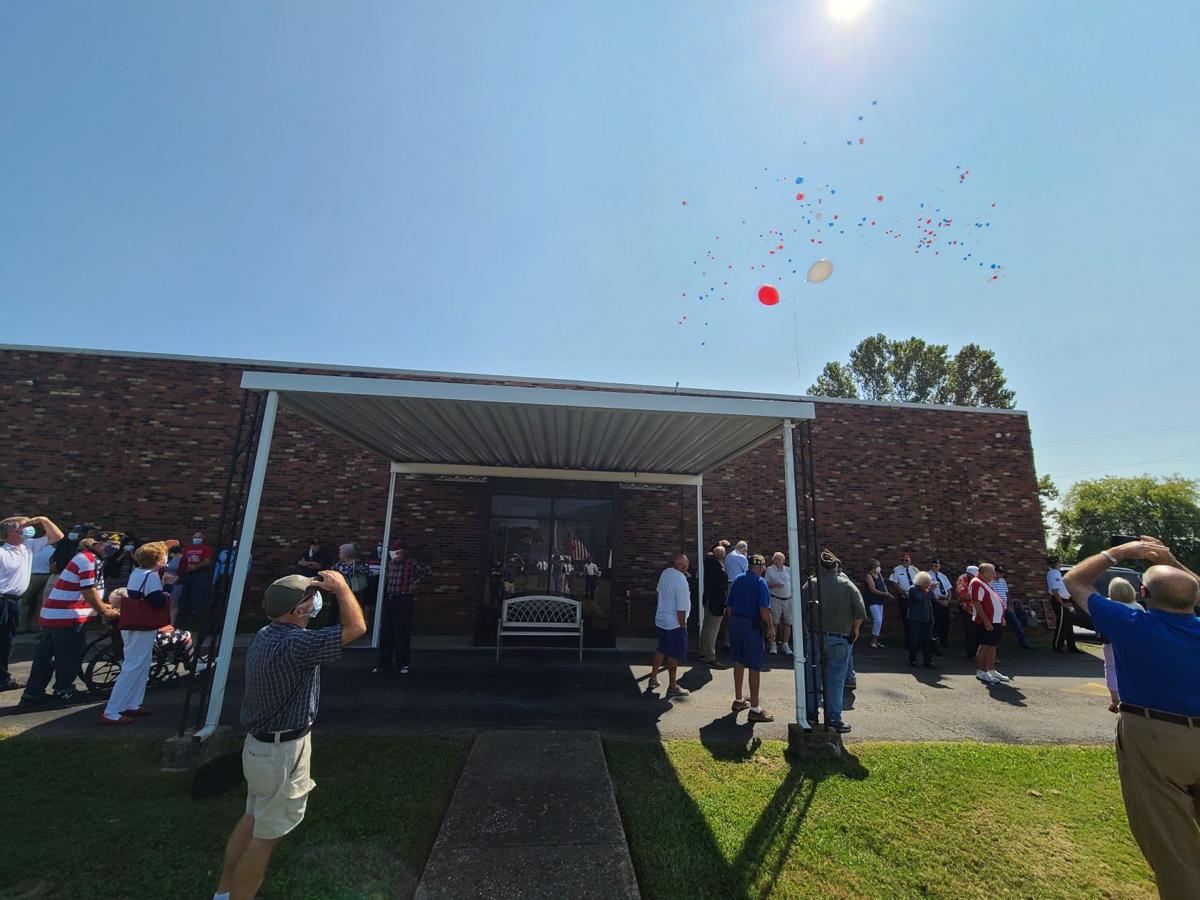 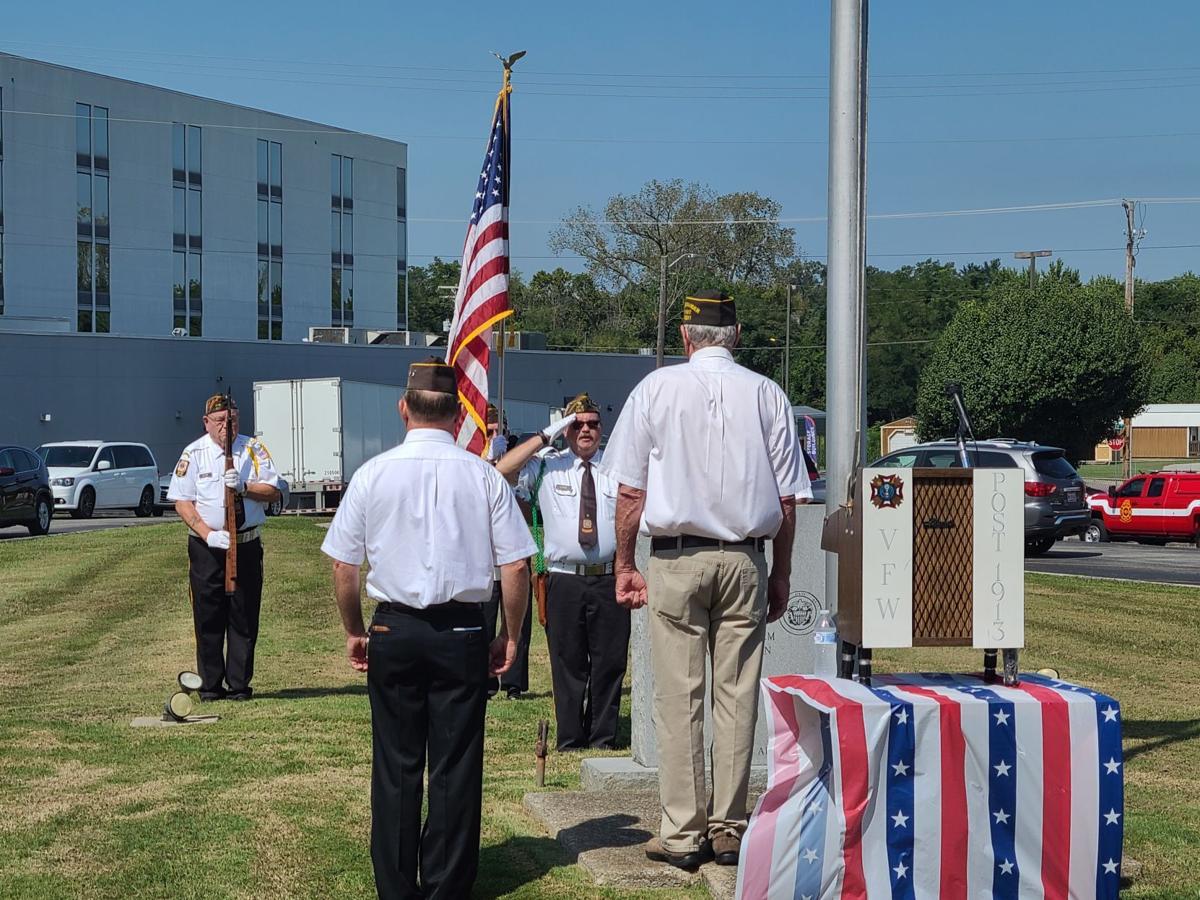 Members of the VFW Post 1913 salute commander John Brame as they present the colors. 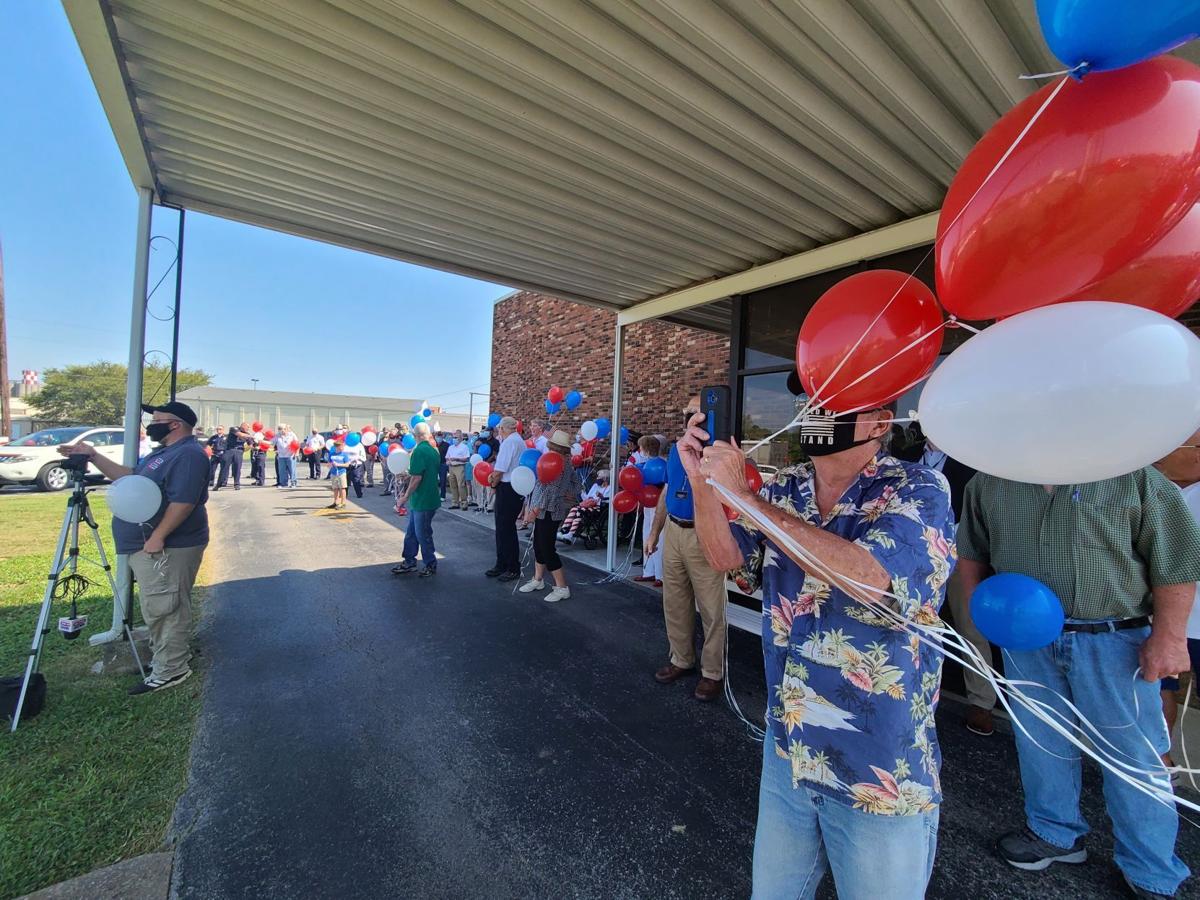 A crowd of public officials, veterans, first responders and their families listen to the speaker Friday during the 9/11 ceremony.

Members of the VFW Post 1913 salute commander John Brame as they present the colors.

A crowd of public officials, veterans, first responders and their families listen to the speaker Friday during the 9/11 ceremony.

The VFW Post 1913 hosted its annual 9/11 remembrance ceremony Friday morning to recognize those who lost their lives in the largest terrorist attack in American history and to honor the first-responders who saved many others.

“If it weren’t for those folks, (9/11) would have been an even worse disaster than it was,” said post commander John Brame. “It was 19 years ago that America was attacked, but it’s important to remember that it could happen again today, tomorrow.”

“9/11 is a sad day to remember, but we are Americans and we’ve got to stand together,” he said to the crowd of public officials, veterans, first-responders and their families.

“America was attacked by thugs because they didn’t like our way of living and the freedoms that we have,” he said. “They didn’t attack our military or our military installations, except the Pentagon. They attacked the World Trade Centers ... and they took people of all nationalities, not just Americans.”

According to history.com, on Sept. 11, 2001, 19 militants associated with the Islamic extremist group al Qaeda hijacked four airplanes and carried out suicide attacks against targets in the United States. Two of the planes were flown into the twin towers of the World Trade Center in New York City, a third plane hit the Pentagon just outside Washington, D.C., and the fourth plane crashed in a field in Shanksville, Pennsylvania. Almost 3,000 people were killed during the 9/11 terrorist attacks.

For those who died, the VFW and the crowd that gathered Friday released a fleet of red, white and blue balloons.

William Paguette, chaplain for the VFW, led a prayer, and the color guard presented the colors. A trumpeter also played TAPS as the VFW stood in salute.

As the balloons floated away, veteran Army paratrooper Danny Murphy took a little extra time to watch his soar high into the air.