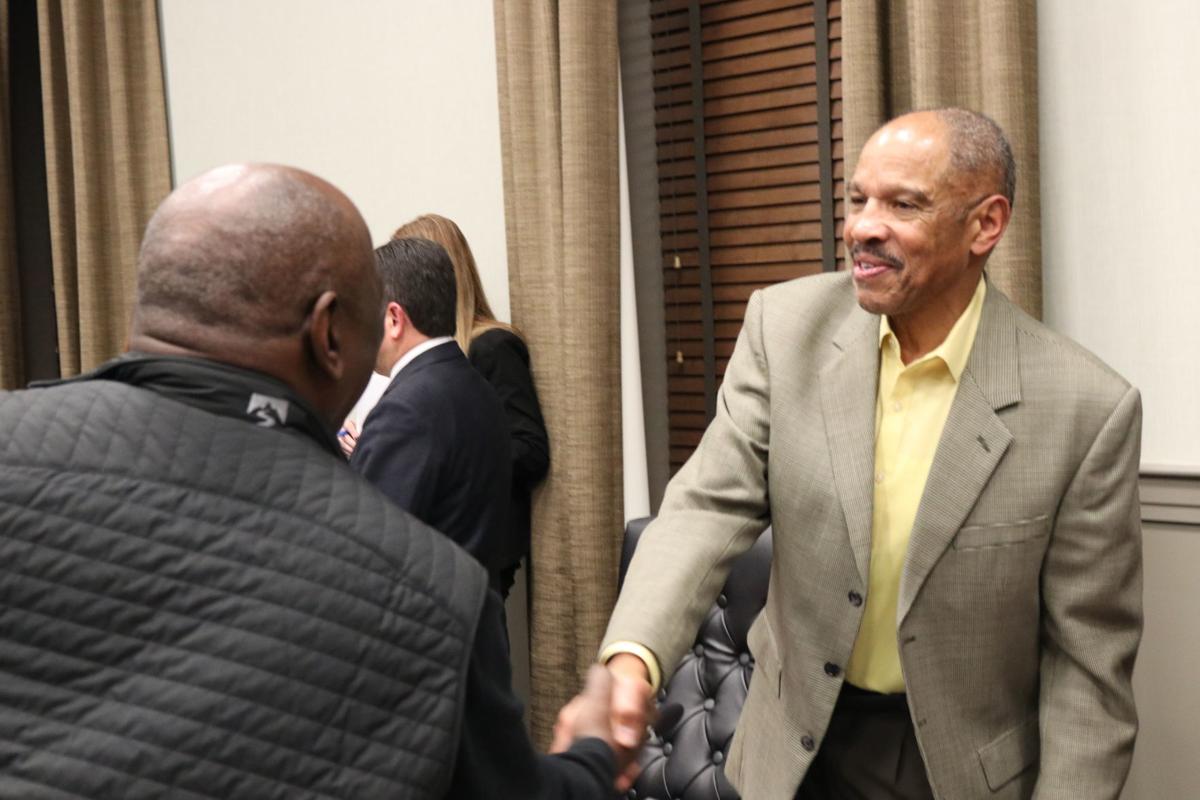 Hopkinsville Councilman Wendell Lynch shakes hands with a citizen after the Feb. 4 council meeting where the council voted unanimously to appoint Lynch interim mayor. Lynch will be sworn in at 2 p.m. Sunday at the Memorial Building. 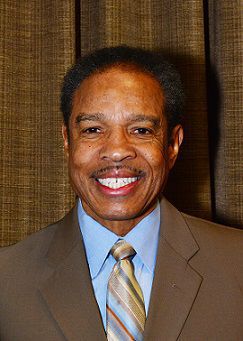 Hopkinsville Councilman Wendell Lynch shakes hands with a citizen after the Feb. 4 council meeting where the council voted unanimously to appoint Lynch interim mayor. Lynch will be sworn in at 2 p.m. Sunday at the Memorial Building.

Wendell Lynch will be sworn in as the 27th mayor of Hopkinsville at 2 p.m. Sunday at the Memorial Building, 1202 S. Virginia St.

Lynch, 68, will serve until the General Election in November when someone must be elected to finish out the remainder of Hendrick’s term.

Hopkinsville Deputy City Clerk Kari Freeman said a timeline is being put together to fill the Ward 6 council seat now left vacant by Lynch. The process will be similar to Lynch’s appointment, Freeman noted.

Lynch, a native of Hopkinsville, had served as councilman for Ward 6 since 2014 when he was once again elected by the council. According to New Era archives, the council unanimously chose Lynch to fill the vacancy left by former councilwoman Ann Cherry.

Lynch also won in the election that fall.

On Sunday, Lynch will be administered the oath of office by his brother and retired Christian County District Court Judge Arnold Lynch. A reception will follow.

Lynch said he’s still deciding if he will run for mayor this fall, but he recognized the history that comes along with his appointment.

Lynch is the second African-American to hold the position of mayor in Hopkinsville. According to New Era archives, Francis Eugene Whitney was appointed to mayor pro-tem in 1972. He served for 10 days.

Lynch said he was in college at the time he was appointed as mayor.

“My family kept me informed of what was going on, and it was kind of a high and a low at the same time,” he said, “but you know history has a way of repeating itself, and particularly if you are focused and you do all the things it takes to prepare yourself, preparation is really the key.”