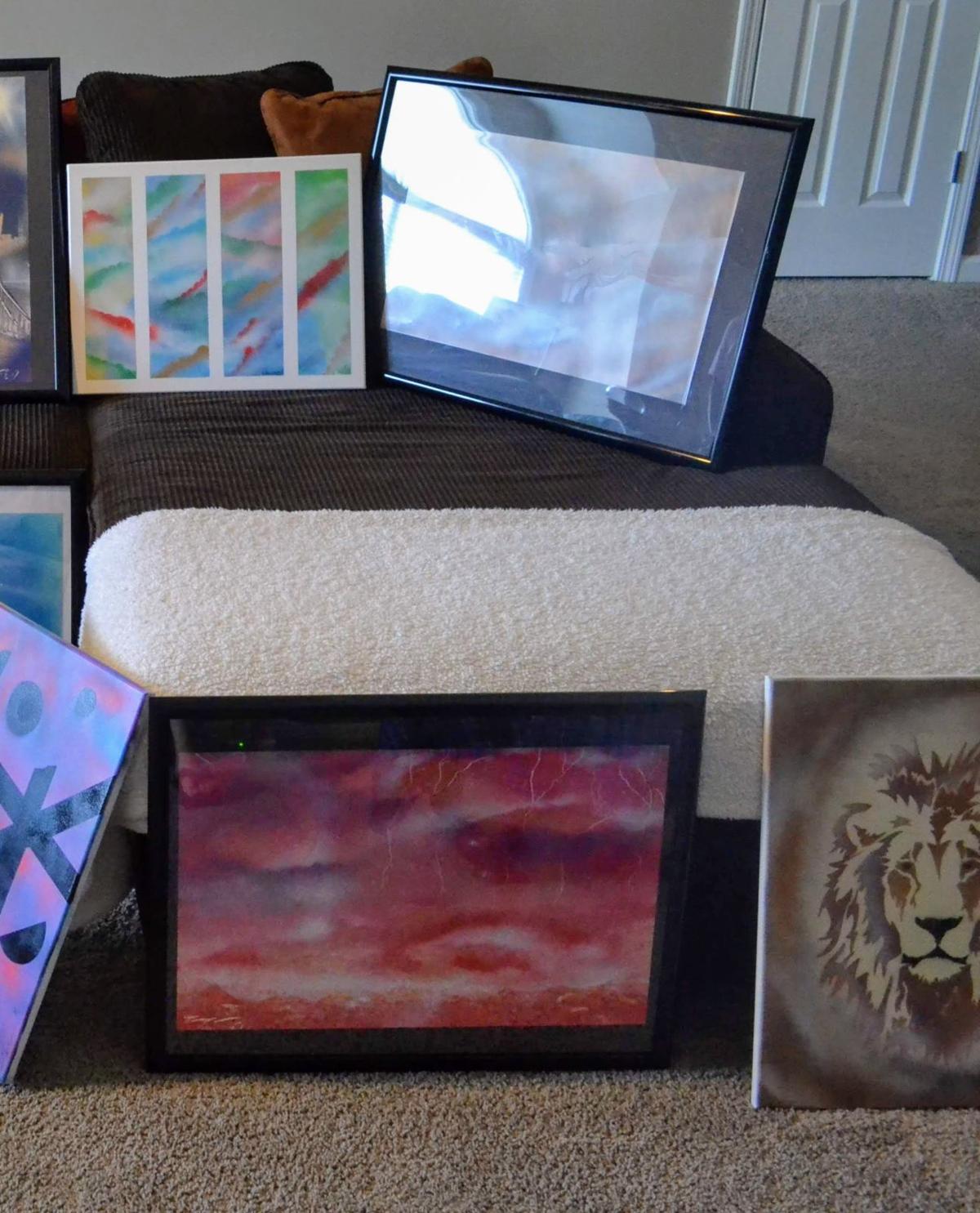 About 35 pieces will be on display during the Art in the Summer exhibit noon - 3 p.m. Tuesday at the Oak Grove Community Center, 1705 Thompsonville Road. Austin Peay State University students and artists Christopher Whitted and LJ Johnson are hosting the exhibit to showcase their original artwork. 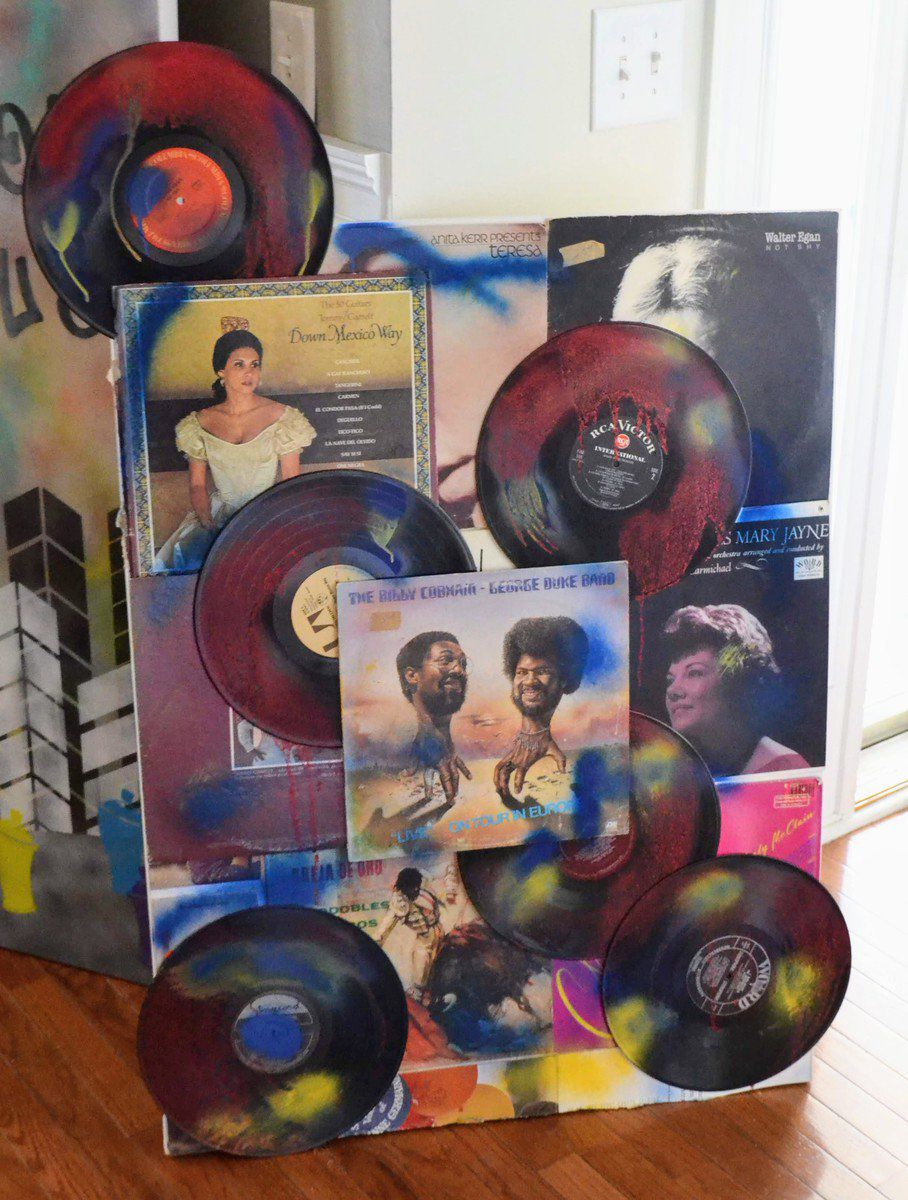 "Glory Road" is a multi-media piece created by Christopher Whitted, Austin Peay State University student, that will be on display during the Art in the Summer exhibit noon - 3 p.m. Tuesday at the Oak Grove Communit Center, 1705 Thompsonville Road. 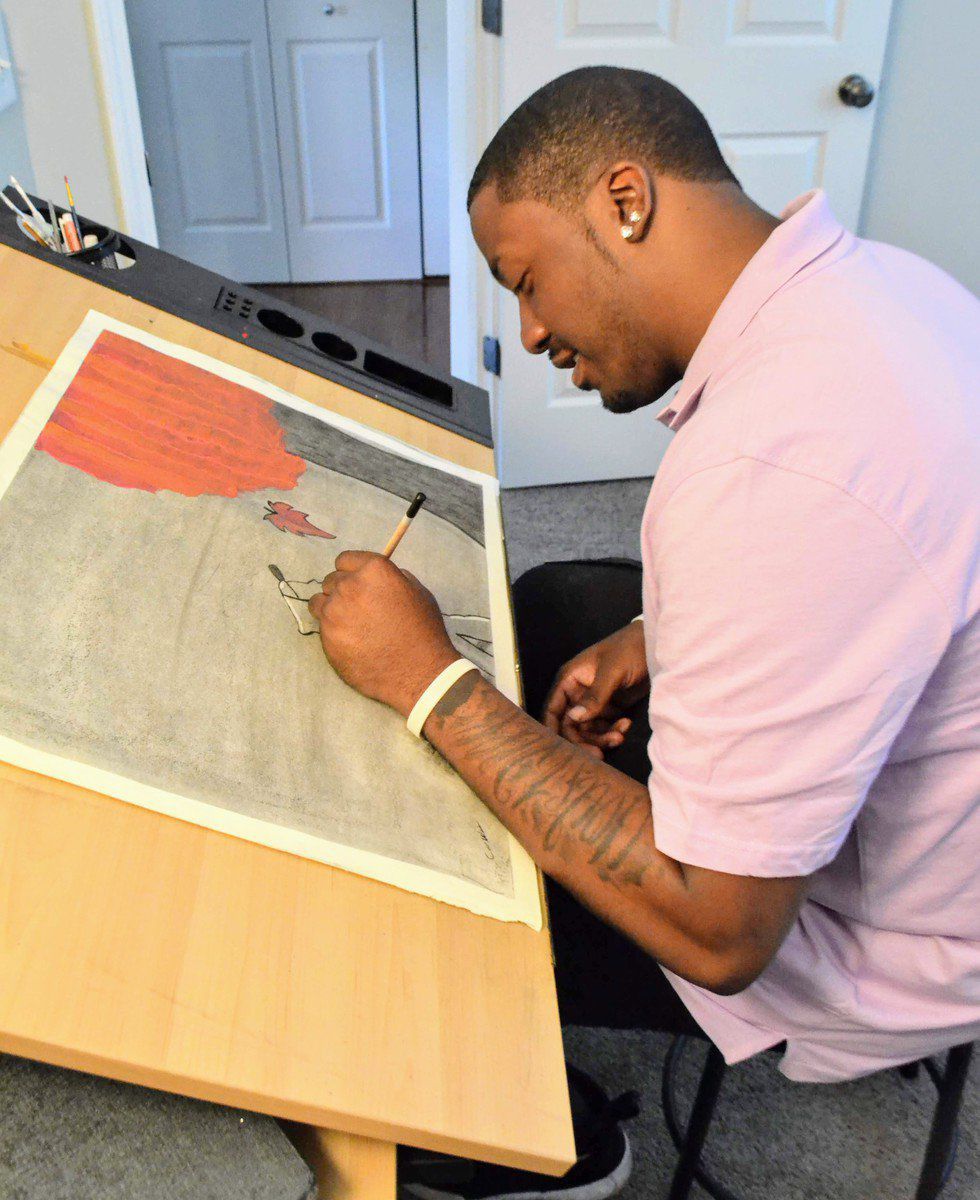 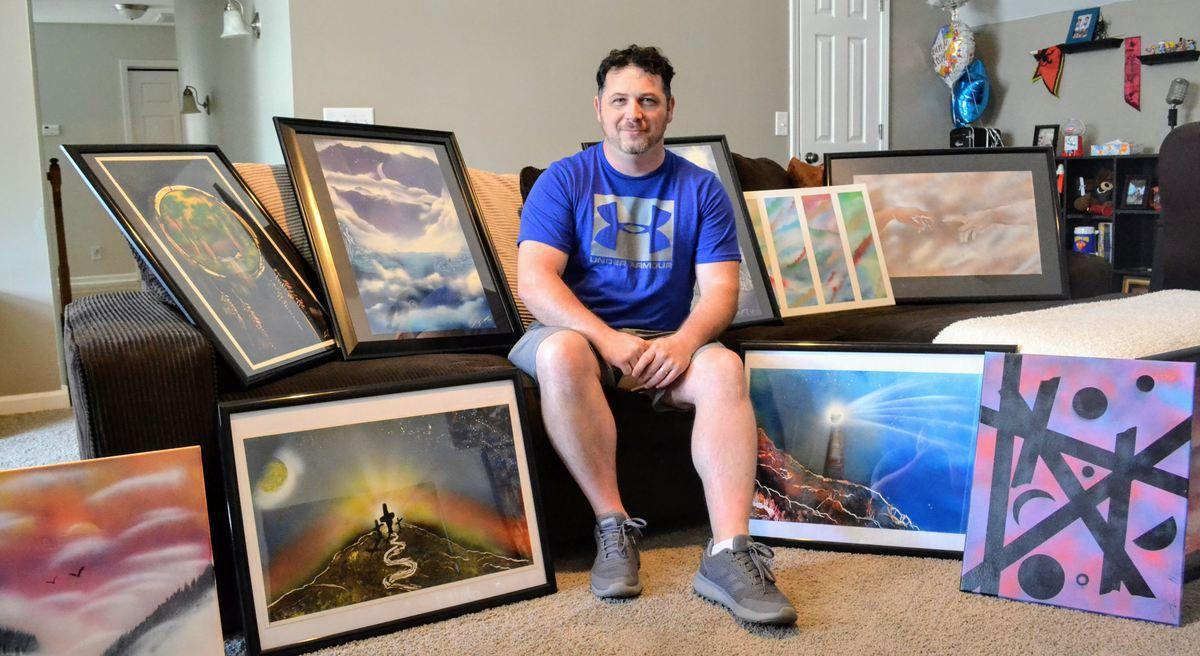 About 35 pieces will be on display during the Art in the Summer exhibit noon - 3 p.m. Tuesday at the Oak Grove Community Center, 1705 Thompsonville Road. Austin Peay State University students and artists Christopher Whitted and LJ Johnson are hosting the exhibit to showcase their original artwork.

"Glory Road" is a multi-media piece created by Christopher Whitted, Austin Peay State University student, that will be on display during the Art in the Summer exhibit noon - 3 p.m. Tuesday at the Oak Grove Communit Center, 1705 Thompsonville Road.

A dynamic duo of Austin Peay State University students will join forces for the first time to host the Art in the Summer Exhibit noon - 3 p.m. Tuesday at the Oak Grove Community Center, 1705 Thompsonville Lane.

Unexpected friends Christopher Whitted, art studio major, and LJ Johnson, graphic design major, will have a mash-up of about 35 of their greatest pieces so far on display for the exhibit, which is open to the public.

Whitted, a 28-year-old local musician, is known for selling out The Coop, a former Clarksville nightclub. After taking an Introduction to Art class at APSU, his passion for drawing began taking hold.

"I kind of wanted to venture off to see if I stepped into this talent if people would support it or not," Whitted said.

Johnson is a 20-year U.S. Air Force retiree who served as a jet engine mechanic, who recently celebrated his 40th birthday.

"That's just not a friendship that a lot of people would expect to see … plus he's white and I'm black," Whitted said.

"We have different backgrounds and all of that, but we have more in common than not … we have a lot of similar thoughts," Johnson said. "Art is one thing that has really tied us together. We aren't two people you would necessarily see walking around campus together, but that's how it is."

Being non-traditional students with families and children of their own also strengthened their friendship.

So far, Whitted and Johnson have had two classes together. Whitted approached Johnson a few months ago with the idea to host an art exhibit.

"I came to him because I had seen his work and I like his ambition," Whitted said.

Ambition, talent, skill and determination will shine through the works Whitted and Johnson present during the exhibit.

One piece Whitted will have on display is "Glory Road," a multi-media piece featuring vinyl albums and covers.

"I wanted to make a dedication to where music started," he said. "I wanted to highlight that this is where we started from."

Another piece shows two African-American women with glitter on their hands.

"I've always heard the saying 'power of a woman's touch' so this piece has two women and I've taken power and made it something that can be seen, not just heard about," Whitted said. "I was trying to bring that power to life by using glitter, which is like magic."

At the exhibit, a special collaboration piece with a message of unity will be unveiled, Johnson said.

Johnson's medium is spray paint. He will have several pieces on display he has created over the past couple of years.

His interest in spray painting artwork began while he was on a recent family vacation to New York City. He witnessed a street artist complete a piece using only spray paint and was inspired. Then, he began learning skills by watching YouTube videos.

Johnson, who has been retired about a year, said he decided to go to school for graphic design because it was something he enjoyed doing.

"For the past 20 years I've been doing what I was told to do, so now it's my chance to do something I want to do," he said. "This is fun for me and when it stops being fun, I will stop doing it. If I make something and someone likes it and they want to buy it, cool, but if I do it and no one likes it, but I had fun doing it, that's good too."

Whitted and Johnson are both excited to be hosting the art exhibit.

"Despite the age difference between us, this is the first show for both of us. So I think that just goes to show that it doesn't matter how old or young you are, where you are or what you do … it just shows the possibilities," Johnson said. "Art is what lead us to this. It's a privilege to be able to show our work and have people come to see it."

Whitted encourages everyone to come out to the exhibit, only if it's just for a few minutes.

"It's always good to do something at least once," he said. "If we have a kid who comes to the exhibit who wants to be an artist, but isn't sure about being an artist, then they can come to the exhibit and see just how important they are."

Johnson said he hopes to see several children and teenagers at the exhibit.

"Being an artist might be something they've never thought of before. Maybe this might lead them to doing other things," he said. "This is a really cool experience because this art exhibit is going to be really low key. People can show up in ripped jeans and a tank top, we aren't going to care. It's just a cool opportunity for us to get out there."

Johnson said this event is local, accessible and welcoming. They both hope to empower young artists. This event is open to people of all ages and walks of life, he said.

They also are open to criticism and look forward to interacting with their audience, Whitted said.

"We are just two regular dudes," Johnson said. "Come in and talk to us, ask us questions and tell us what you think of our art. Tell us if you don't like it … art is all about perspective."