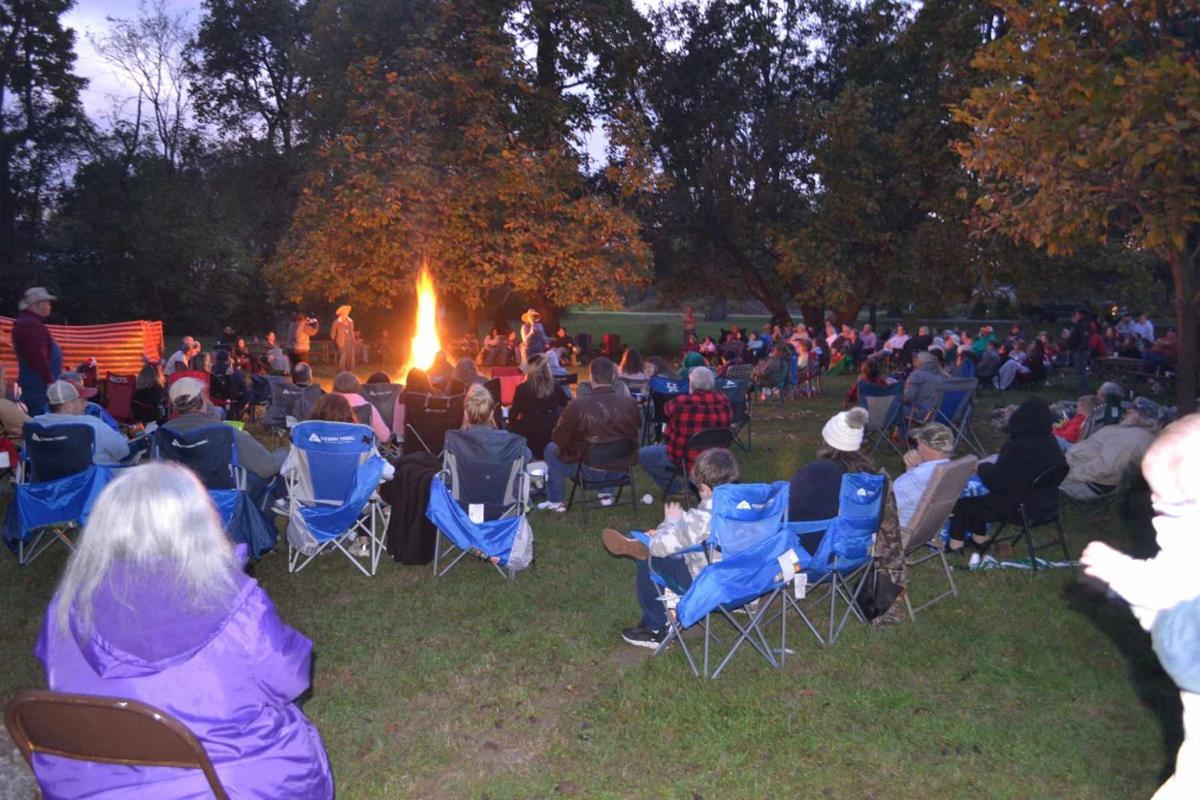 More than 200 people showed up at the Jeffers Bend Environmental Center campground for the annual Torchlight Tales. 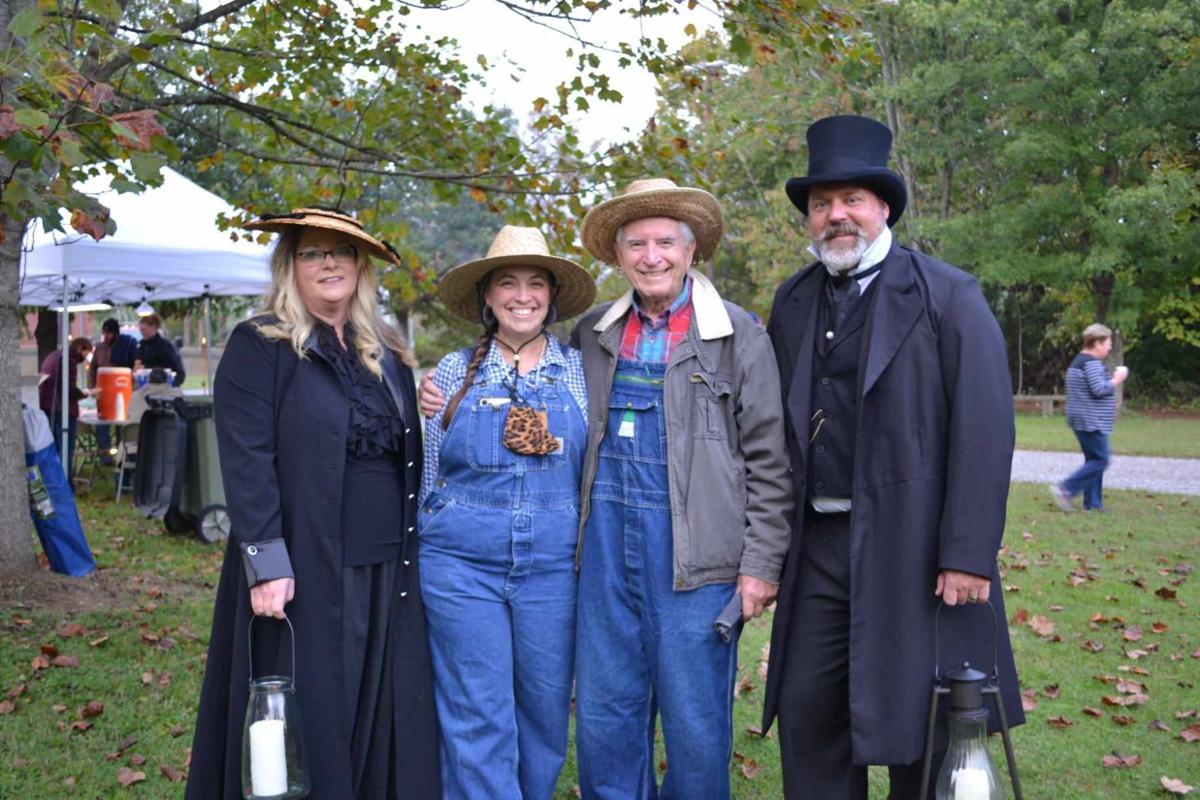 Diane Putty, (from left) Alissa Keller, William Turner, and Dr. Eric Putty are shown in attendance and dressed in period clothing on Saturday at the annual Torchlight Tales. 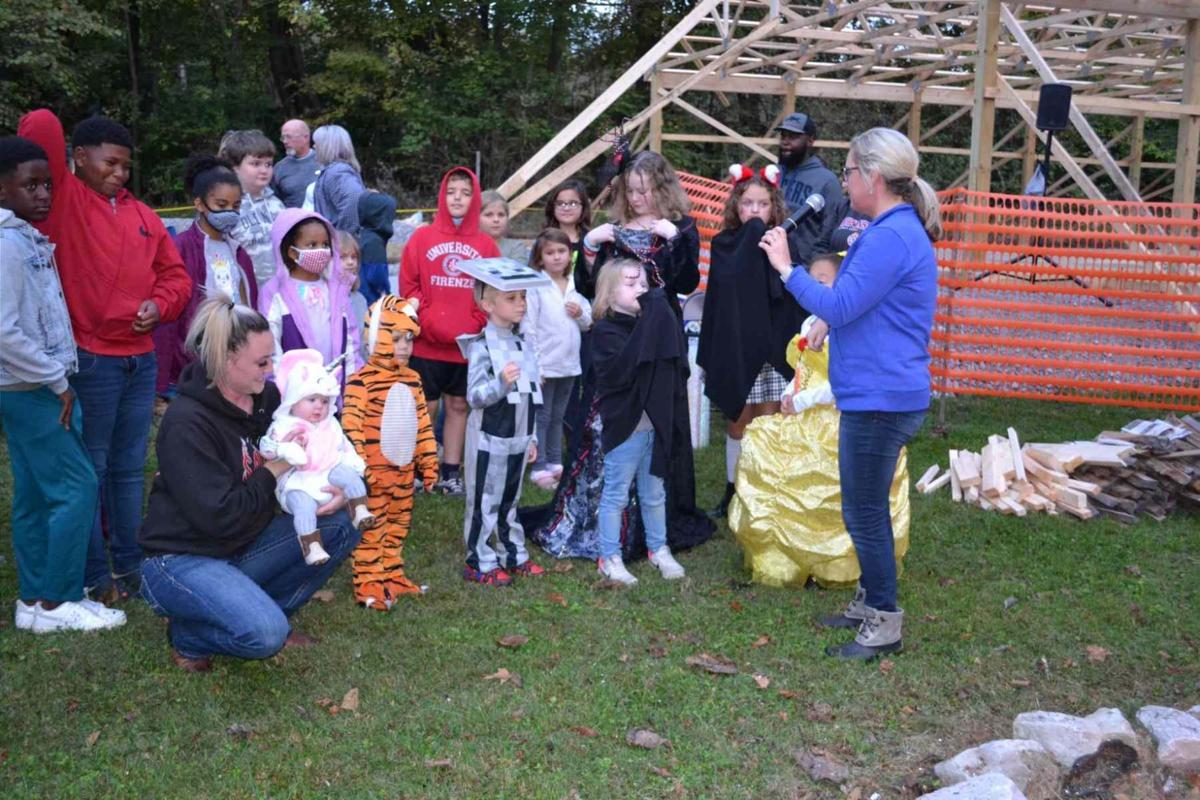 More than 200 people showed up at the Jeffers Bend Environmental Center campground for the annual Torchlight Tales.

Diane Putty, (from left) Alissa Keller, William Turner, and Dr. Eric Putty are shown in attendance and dressed in period clothing on Saturday at the annual Torchlight Tales.

On Saturday, Oct. 23, over 200 people showed up at the Jeffers Bend Environmental Center campground for the annual Torchlight Tales.

Children, parents and grandparents and friends were all in attendance. Everyone sat around the campfire and enjoyed hearing the tale of the Bell Witch told by local historian William Turner and Alissa Keller who is the Director, Historic Museums of Hopkinsville/Christian County.

This year’s Torchlight Tales event included for the first time the Bell Witch Costume Affair, in which children of all ages and adults participated.

“Everything went great. It was our first ever costume affair and we had an equal amount of both children and adults who participated,” said Charles Turner, RC&D Coordinator.

Each participant received a gift bag and certificate of participation. The gift bag included a gift card from Chick-fil-A of Hopkinsville.

The Bell Witch is a legendary southern folklore, centered on the 19th-century Bell family of northwest Robertson County, Tennessee. The story dates back to a farm in Adams Tennessee where legend has it, John Bell was haunted and killed by the witch.

RNC continues to pay Trump's bills as a sign of loyalty

There are several speculations as to why the Bell Witch haunted this particular Tennessee family. Some say, the land the Bells lived on were sacred grounds not to be tampered with, while others believe horrible events happened within the family and the Witch named by the Bell’s as “Kate”, would prey and punish them. There are many speculations as to why the Bell Witch chose to torment this small town family. It is said that the entity identified herself as Kate Batts, a neighbor of the Bells with whom John Bell has some bad business dealings. The spirit quickly made her presence known amongst the family. She continued to torment the family, relentlessly vowing to kill John Bell. In 1820 when the father breathed his last breath, a vial presumed to be poison was found. Recounts have been made that the Bell’s experienced pounding on doors, slaps on walls, and eerie chain rattling that turned into blankets being pulled from beds, and family members being scratched, kicked and their hair being pulled.

Prior to, during, and after the Bell Witch story, the attendees were served hot chocolate, homemade cookies and s’mores. While the story was recounted, everyone present: wrapped up in jackets, quilts, and blankets seated in their lawn chairs all the while listening to such a creepy time. Several individuals in Bell Witch attire and clothing of the 1800s, interacted with each other all throughout the night.

“This event is always a big turn out. We look forward to it each year. Next year we hope the number continues to grow in the size of attendees,” said Tuner. “Since we had such a great turn out with the costume affair, we plan to bring that back as well.”

If you missed the tale of the Bell Witch this year, be sure to stay in the loop for next year’s spooky night. Stay connected via Facebook at: https://www.facebook.com/JeffersBendEnvironmentalCenter/

For more information or questions about upcoming events, call the Pennyrile RC&D office/Jeffers Bend at (270) 885-5600.