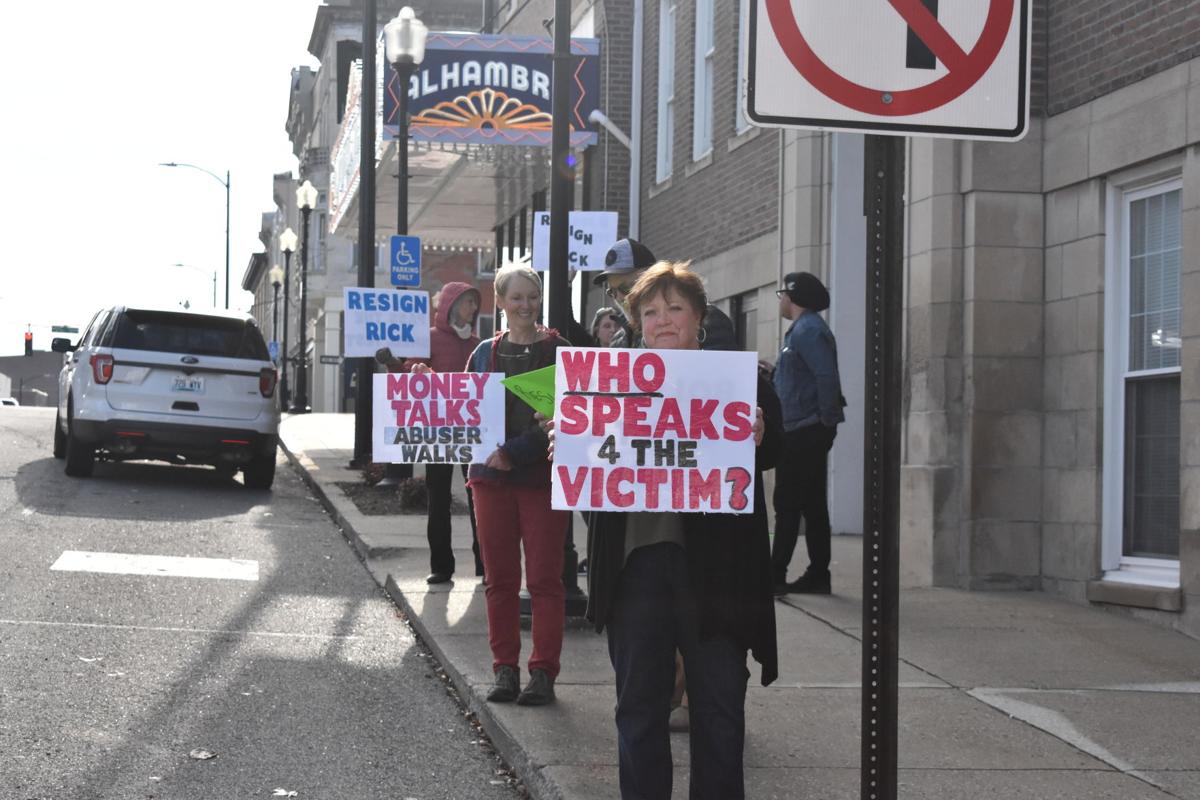 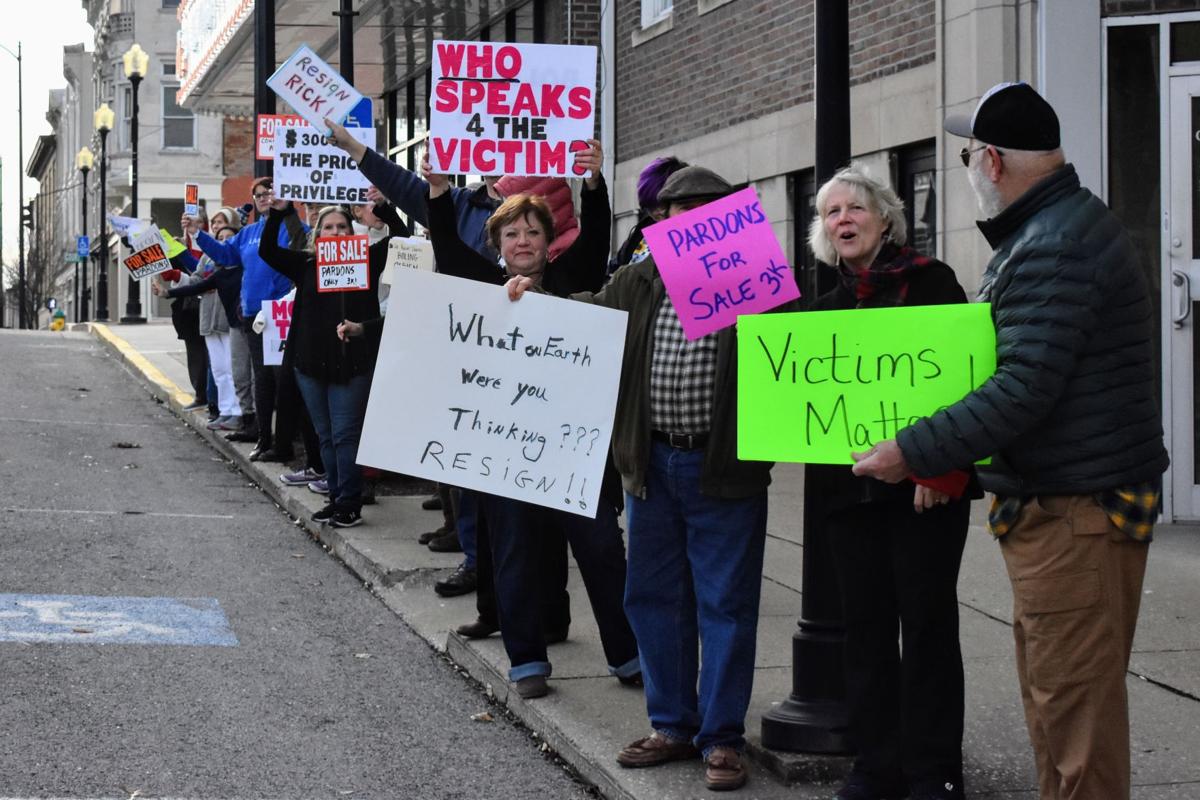 By 3:15 p.m. Monday the crowd of protestors had grown from a handful to roughly 30 people lining the road as they held up signs and encouraging passing cars to honk their horns in agreement to their protest. 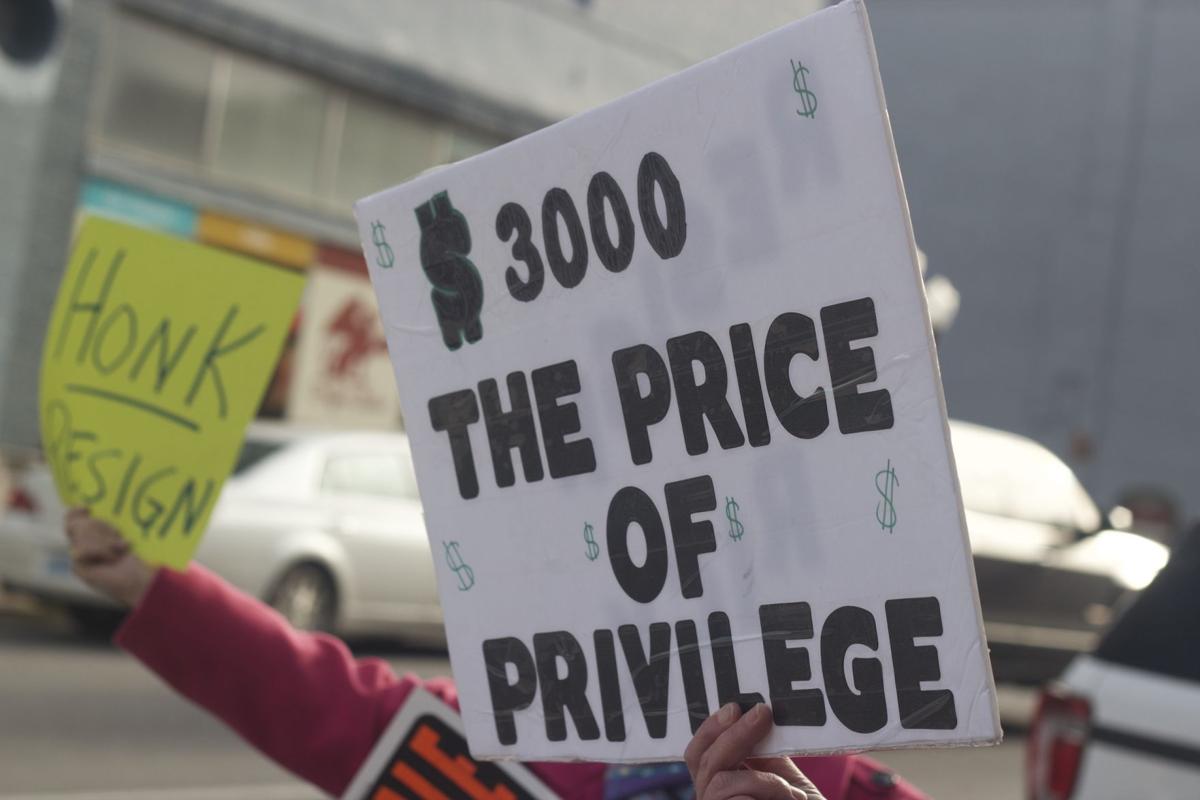 Protestors held up signs stating "$3,000 The Price of Privilege" and "Honk Resign." 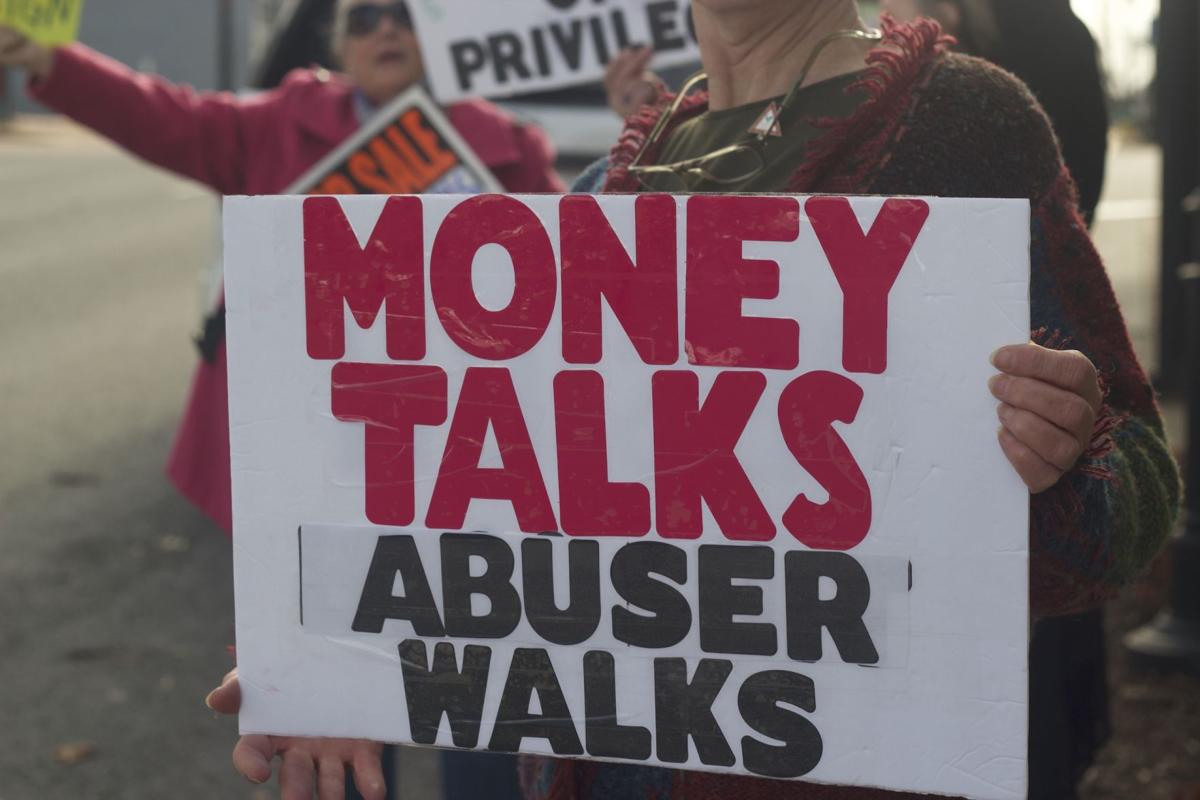 By 3:15 p.m. Monday the crowd of protestors had grown from a handful to roughly 30 people lining the road as they held up signs and encouraging passing cars to honk their horns in agreement to their protest.

Protestors held up signs stating "$3,000 The Price of Privilege" and "Honk Resign."

Commonwealth’s attorney earlier said pardon letter was a mistake; wants to move on

Despite calls from at least one current and one former commonwealth’s attorneys and public outcry, Christian County Commonwealth’s Attorney Rick Boling has said he will not resign.

"RICK BOLING apparently has ZERO respect for the plight of crime victims," Larson wrote on his Facebook page according to the newspaper. "He has no business being a prosecutor."

“For every one person who asks me to, I have six people who ask me not to,” said Boling in a phone interview with the New Era on Monday afternoon.

A protest organized as a Facebook event entitled “Resign Rick” was scheduled for 3 p.m. to 6 p.m. outside of Boling’s office at 511 South Main Street in Hopkinsville.

Early Monday afternoon Tammy Mason, the protest’s organizer, posted to alert participants that Boling’s office was closing early at 2 p.m. and that those wishing to send the commonwealth’s attorney a message should arrive earlier than planned. However, Boling said in a message to the New Era that he remained inside his office until 4:45 p.m., when he then left the building through the front door and walked past the protesters.

By 3:15 p.m., the crowd had grown from a handful of protesters to almost 30 people lining the sidewalk, holding their signs and encouraging passing cars to honk in agreement of their protest.

When reached by phone Boling Monday afternoon reiterated that his letter to former governor Matt Bevin advocating for a pardon was a mistake.

“I have talked to pastors and no one is without sin,” said Boling. “I have apologized and acknowledged the mistake, and I plan to move forward. I don’t think that this stops me from being able to do the job. I am not resigning.”

Protesters, however, say Boling is not doing the job he was voted in for.

“It’s unacceptable that someone that is put in by the voters has the option to help an offender rather than a victim,” Mason said. “He is for victims and he should stay for the victims. He should have never taken that seat if he was going to do something like this.”

On Thursday evening, Jan. 9, Boling issued a letter apologizing for his part in the saga regarding former Gov. Matt Bevin’s controversial pardon and commutation of Dayton Jones, convicted of a violent sexual assault at a party in October 2014. The 15-year-old victim was sodomized with a sex toy and suffered extensive injuries as a result.

Two days before Bevin was set to leave office, Boling wrote a letter to the governor asking him to pardon Dayton Jones.

According to the letter obtained by the New Era, Boling argued that the Democratic Party of Christian County, including former Christian County Commonwealth's Attorney Lynn Pryor, worked to give Jones a harsher sentence because the party was upset that Jones' grandparents, Tony and Jackie Jones, had switched to the Republican Party.

Protesters did not feel the same, saying he was wrongfully siding with the defendant rather than the victims and abusing his responsibilities.

“It feels so wrong to me,” Kathy Foote, a protestor at the rally said. “I remember when this happened and the family (of the victim) and all they had to go through. Then this man, this Rick Boling — his job is to defend the victim and he has sided with the abuser by writing that letter.

“His apology was weak and I just think he should resign. He should not be in a position where he is supposed to be defending people that are victims of crime when he has abdicated his responsibilities.”

The protesters shared that while Boling may not resign as quick as they’d like, they began the protest to encourage others to also share their voice and concerns with what he has done.

“I’m a political activist,” Mason said as to why she organized the protest. “I do several rallies and it just seemed as if there was a lot of people online that needed an outlet and I said ‘Let him know how you feel.’ This is a good way to get people to do that.

“The more his name stays out there, the more people are going to keep thinking about it. There’s a victim here. He was 15 years old. This is totally unacceptable.”

She continued to share that the people of Christian County were already upset when they heard the news that Bevin had allowed the commutation of Jones. Later when the news broke that his commutation also had local ties, Mason said Boling’a actions were “absolutely abhorrent.”

While Boling locked the doors to his office around 2 p.m., protesters stayed outside of his office building through the afternoon to encourage the community to take part in the protest and have their voices be heard. Mason also accused Boling of running away from the rally.

However, Boling said that he remained inside his office until 4:45 p.m., when he then left the building through the front door and walked past the protesters.

Commonwealth’s attorney earlier said pardon letter was a mistake; wants to move on

Secretary of State clarifies that Dayton Jones' sentence was commuted, not pardoned

The Kentucky Secretary of State's office has clarified to the New Era that the 15-year sentence of Dayton Jones was commuted, not pardoned.